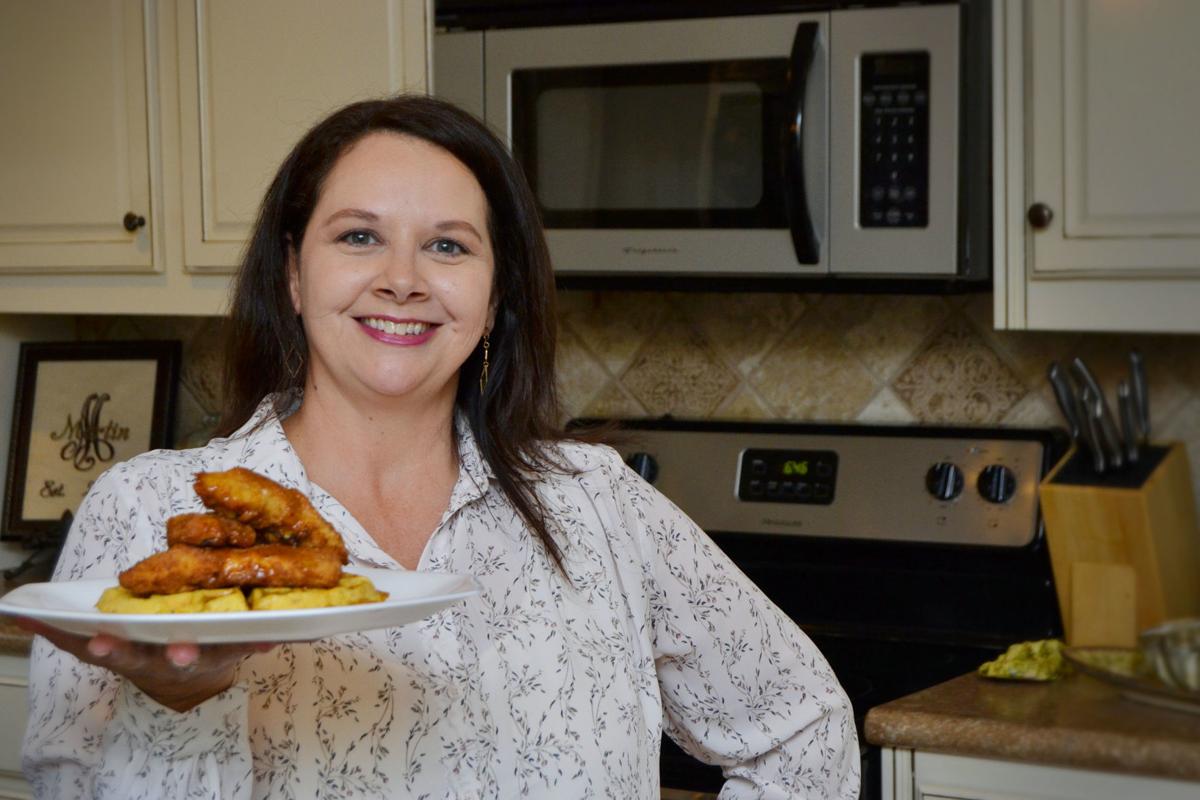 Itawamba County Development Council Executive Director Vaunita Martin said her job requires structure and organization. Cooking allows her to break away from that, if only temporarily, and express herself through cuisine.

Itawamba County Development Council Executive Director Vaunita Martin said her job requires structure and organization. Cooking allows her to break away from that, if only temporarily, and express herself through cuisine.

For Vaunita Martin, the kitchen is a canvas. It’s where she creates, expresses.

Most areas of the Itawamba County Development Council executive director’s life is structured by necessity. She keeps to a tight schedule. She preps. She plans. She organizes.

The kitchen is where she largely lets all of that go. She’ll put on music, maybe dance a little, and just let inspiration take over.

She called it “therapeutic.”

“It’s probably the one area in my life where I do just go with the flow,” she said. “It’s just about doing it.”

Cooking has always been that way for her. Growing up, she’d hang out in her grandmothers’ or great aunt’s kitchens. Her father’s side of the family was Cajun, and she can vividly remember huge cast-iron pots … “cauldrons,” she called them … filled with bubbling jambalaya. The scent of spices would tickle the nose, and the house would be alive with music and dancing.

“They taught me what I know,” she said of her grandmothers and great aunt (who was basically a third grandmother in all but the title). “I tried to grow up from there.”

Martin’s own kitchen, located at the heart of her home in Eggville, is spacious and inviting. Although it was late morning, and she’d been cooking for hours, the space was immaculate.

“This is where the magic happens,” Martin said as she crossed the room. She dropped open her oven’s door and pulled a plate of chicken and waffles from the rack. She blanketed the fried chicken with syrup and set the plate on a small dining room table in a corner of the room. The syrup smelled both spicy and sweet.

The dish, she said, was her stab at replicating one she and her husband, Jeremy, tried at a popular restaurant.

“So, I come home, and because we liked it so much, I tried to recreate it,” she said. It took a few revisions, but she eventually nailed the recipe. Maybe even one-upped it, at least in her husband’s opinion.

Martin said she often takes inspiration for her food from the places she eats. Like any artist drawing from her influences, Martin’s recipes usually begin their lives in someone else’s kitchen.

She doesn’t necessarily try to recreate these dishes ingredient by ingredient. Rather, she uses what she has available to capture the spirit of the food that’s captured her heart. She’ll often substitute a known ingredient for something else she has on hand. Some of her best recipes, she said, resulted from a missing ingredient or two. Necessity being the mother of invention and all that.

“There are times I come into the kitchen and I don’t know what I’m going to cook,” she said. Martin’s the type who seems to innately know what ingredients she can toss together to make something not only edible, but delicious.

She doesn’t meticulously follow a recipe. She just creates. And once she’s created something, she doesn’t make it again. Not exactly.

To Martin, that’s part of the great joy of cooking. In all other aspects of her life, she’s required to be tidy, organized, structured. If only briefly, the kitchen offers respite from that.

“I have an artist’s brain but not an artist’s hand,” she said. “This lets me get that creativity out.”