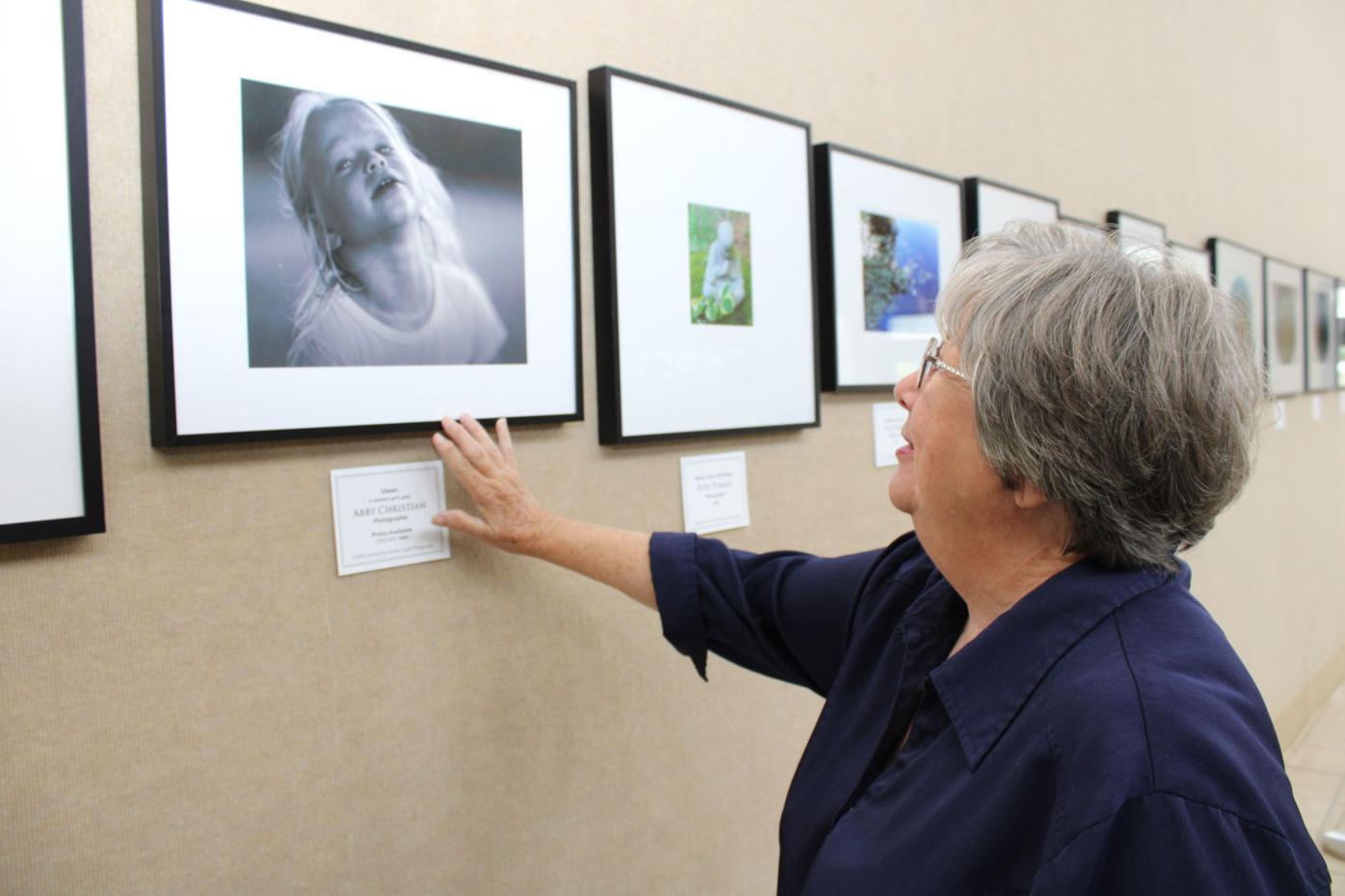 Peggy Grissom, a member of the Southern Light Photography club, admires a photo taken by club member Abby Christian on display at the GumTree Museum of Art. Photos by Grissom, Christian and others are part of the club's photo exhibition through June 30. 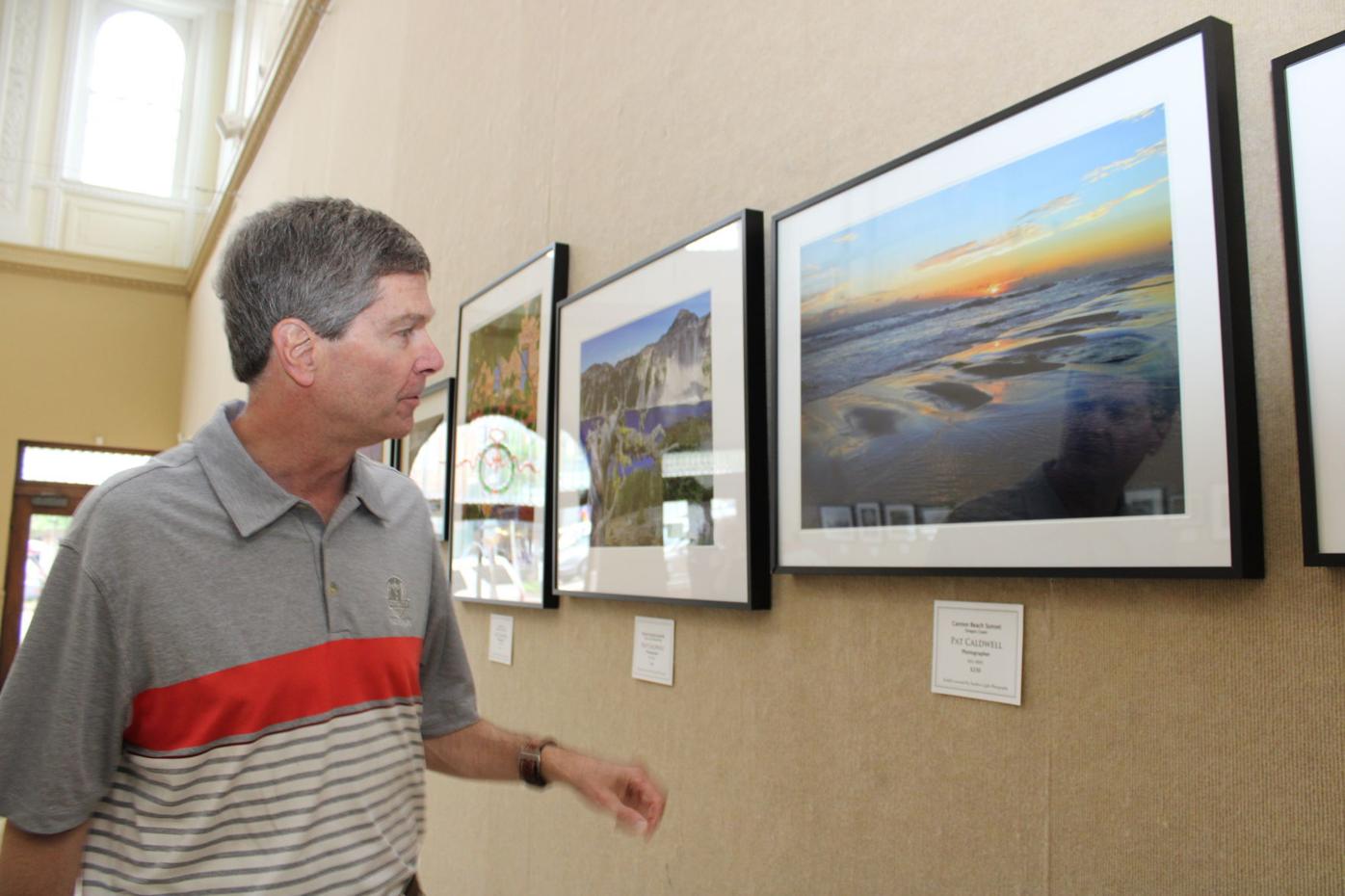 Pat Caldwell looks at one of his exhibition photos at the GumTree Museum of Art.

Peggy Grissom, a member of the Southern Light Photography club, admires a photo taken by club member Abby Christian on display at the GumTree Museum of Art. Photos by Grissom, Christian and others are part of the club's photo exhibition through June 30.

Pat Caldwell looks at one of his exhibition photos at the GumTree Museum of Art.

TUPELO • Peggy Grissom and Pat Caldwell have slightly different views when it comes to photography.

Grissom has embraced digital tools like Adobe Photoshop to edit her photos, while Caldwell takes a more traditional approach. Using his camera's manual settings, he prefers to go with what he sees through the viewfinder.

"But I will," Grissom quickly responded.

Though their camera eyes differ, Grissom and Caldwell admire each other's photo work as well as those by fellow members of the Southern Light Photography club. The GumTree Museum of Art is showcasing photographs by club members in an exhibition that will continue through June 30.

The exhibit also includes the museum's first opening reception for an event since the start of the pandemic early last year.

Founded in 2006, Southern Light Photography gives members an opportunity to create art with their cameras and to share skills, ideas and pictures with others.

Caldwell and Grissom last week met up with GumTree museum director Sally Kepple to talk about this year's exhibit. The framed photos display the varied interests and skills of the contributing photographers.

"We've had in prior shows here a theme that tend to be very popular," Caldwell said. "One year we did 'Color of Tupelo', it was more of photography approaches to downtown Tupelo. This year, we told the club we're unfettered. Show your stuff."

Grissom's photos on display include scenic landscapes and birds. She picked up photography as a hobby 11 years ago.

"I started a little late," she said. "I began by taking photos of grandchildren. Now, I can't go a whole week without taking a picture of something. It relaxes me. And if the kids don't want to cooperate, you can always go outside and find a rock."

Grissom said she continues to learn from club members like Caldwell.

Caldwell was inspired to take up photography after watching a photo develop in a darkroom. "To see a white piece of paper turn into something, I said, 'This is cool'," he said. "That Christmas I bought a used, manual Nikkormat camera."

Caldwell is OK with others touching up their shots with Photoshop, adding that Grissom tried to teach him how to do it.

"I just shoot manual. I'm not a Photoshop guy," he said. "I don't have two hours to spend on a computer. I want to get it right on the front end. But she tried to help me some. I tried."

As part of its mission to give back to the community, the photo club will partner with the Boys and Girls Clubs of North Mississippi to offer basics of photography sessions during the exhibition.

Caldwell, Grissom and the club members will be honored during the exhibition's opening reception June 18 from 5 p.m. until 7 p.m. Kepple said she's pleased the first post-pandemic reception is honoring local artists.

"We don't do it often. But when we have it, it's a huge success," she said. "We have so many people coming who are friends of the people who are here. So, it's really nice to have that."

Kepple said business is returning to normal at the art gallery.

"We're going to have openings all year long," she said. "We have luncheons planned and workshops planned. We're thrilled with coming back."

RECEPTION: The opening reception will be Friday, June 18, from 5-7 p.m. Open to the public.