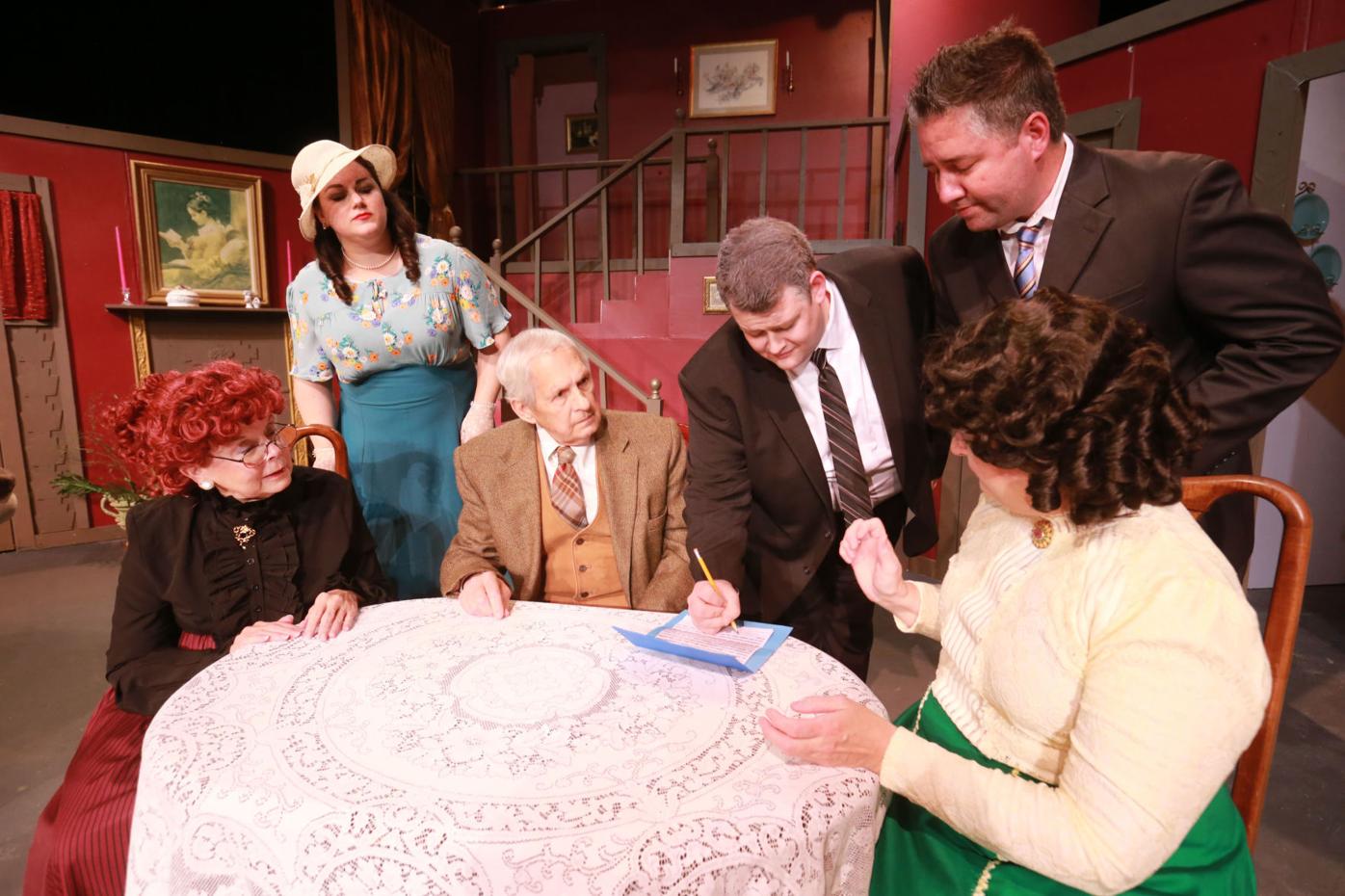 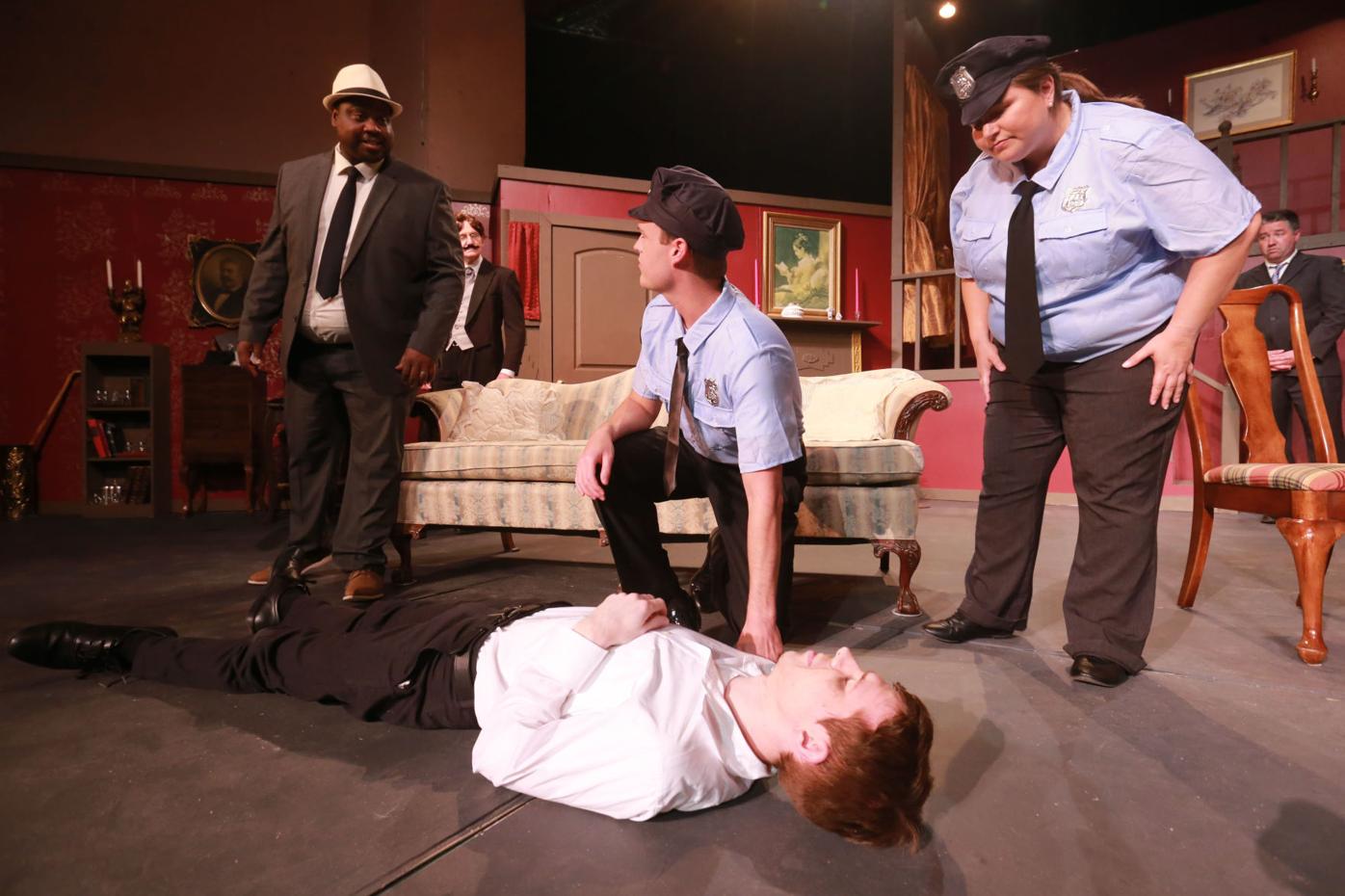 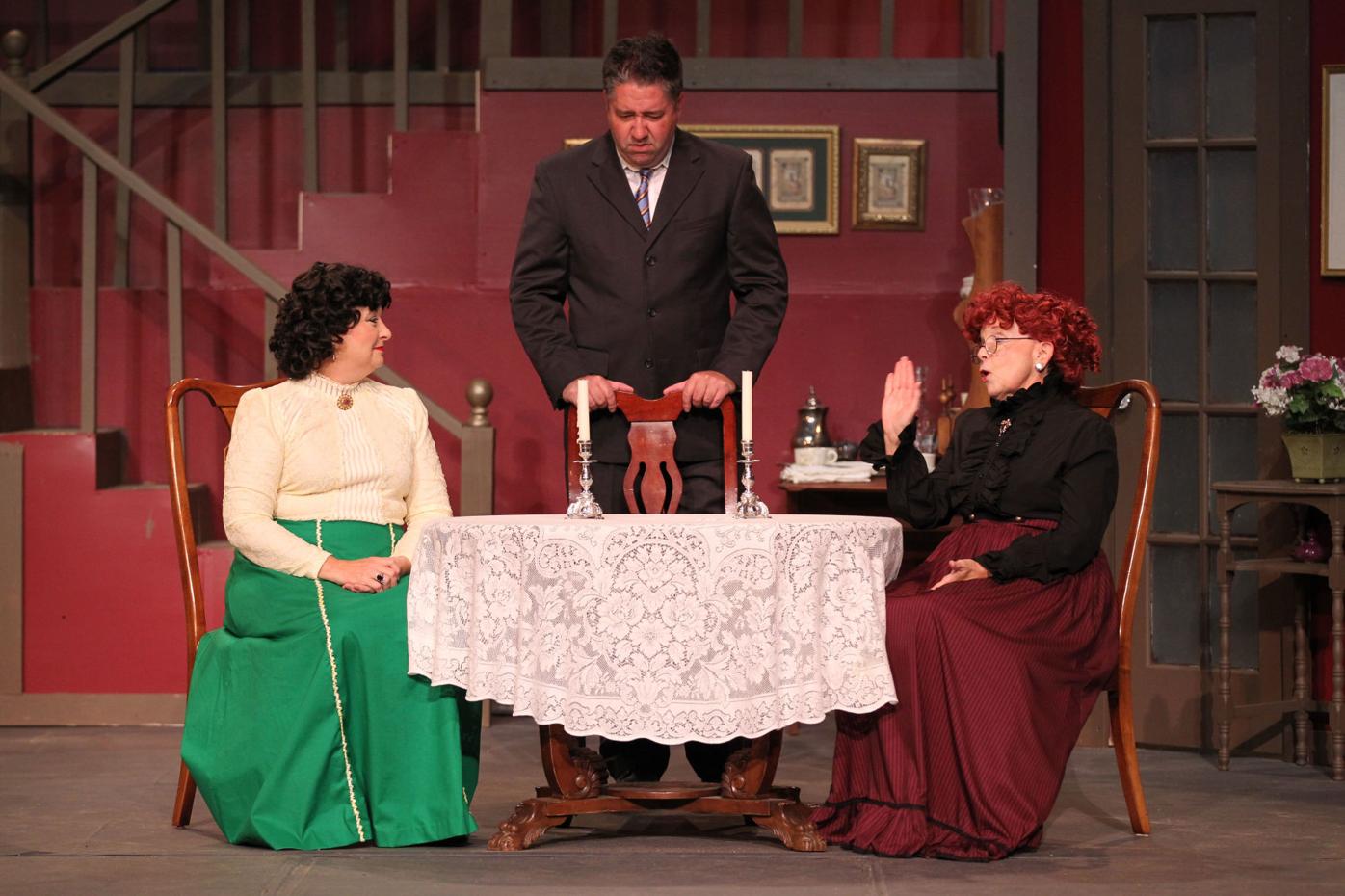 Mortimer Brewster (Brad Locke, center) and his Aunt Abby (Liz Dawson, seated left) listen to Aunt Martha (Debby Gibbs) during a family conversation at the Brewster home during a scene from Tupelo Community Theatre's production of "Arsenic and Old Lace." 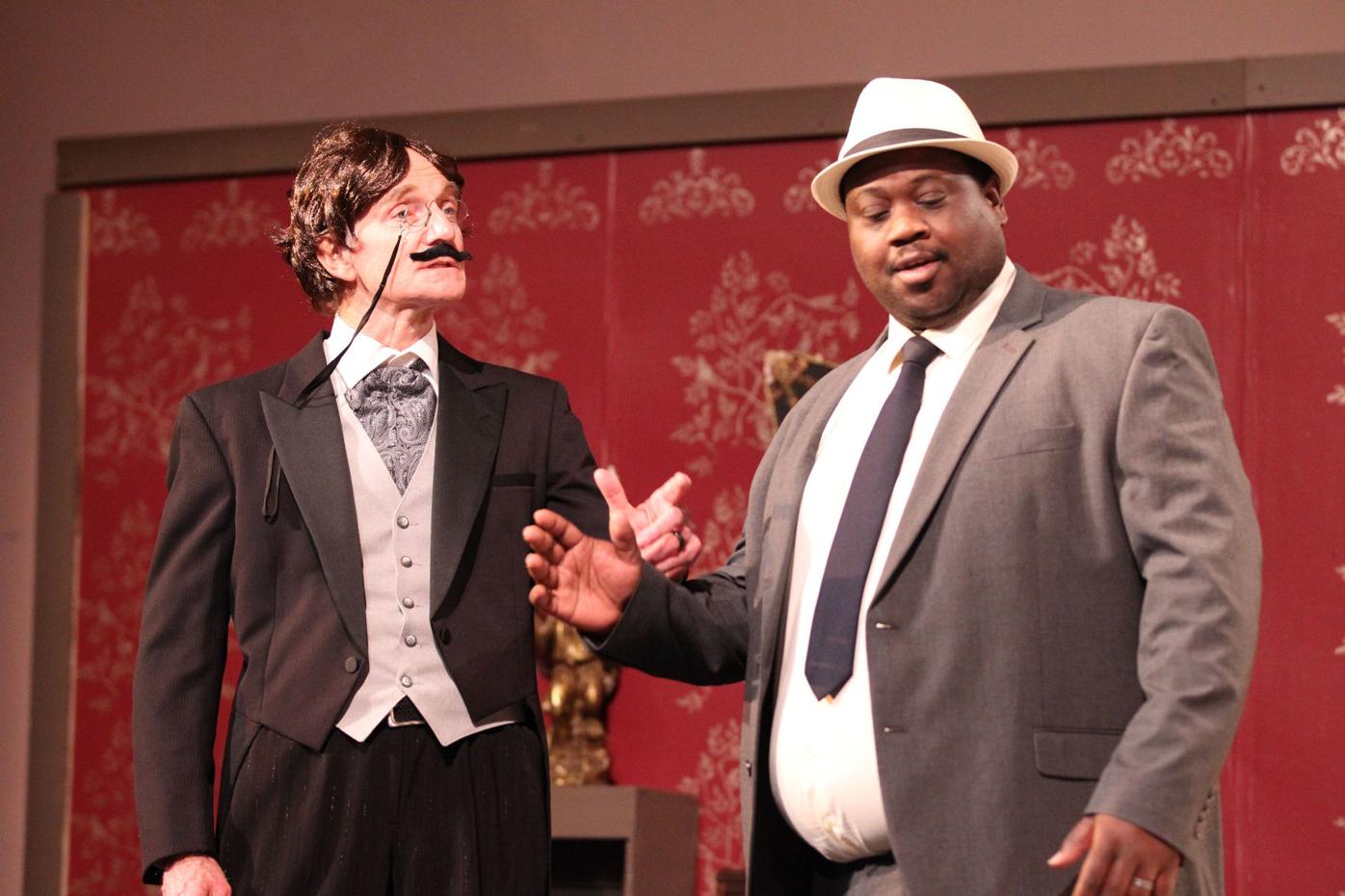 Mortimer Brewster (Brad Locke, center) and his Aunt Abby (Liz Dawson, seated left) listen to Aunt Martha (Debby Gibbs) during a family conversation at the Brewster home during a scene from Tupelo Community Theatre's production of "Arsenic and Old Lace."

TUPELO • It didn't matter to Brad Locke which role he was cast in Tupelo Community Theatre's latest production of the black comedy, "Arsenic and Old Lace." He just wanted in.

Locke won the starring role of Mortimer Brewster, or as he calls it, "the Cary Grant role."

Locke and other cast and crew members are fans of the 1944 Frank Capra film starring the legendary Grant and the 1941 Broadway play that inspired it. They all want to pass on the humor they enjoyed to the audiences of TCT's performances May 13-15 at the Lyric Theatre.

"It's lighthearted and fun," said Bobby Geno, director of TCT's production. "There's not any real deep philosophical messages in it. It's just sit back, relax and have some fun."

"It's one of those when I found out they were doing this play, I was like, 'OK, I've got to be in this play'," he said. "I don't care what the role is, I've got to do it. I was very fortunate to be cast as Mortimer."

Locke, a Daily Journal sports writer and columnist, plays Mortimer Brewster - a drama critic who is newly engaged to Elaine Harper (Emily Wilhite). He wants to share the engagement news with his spinster aunts, Martha (Debby Gibbs) and Abby (Liz Dawson) at the family home in Brooklyn, New York.

Mortimer flips out when he learns his sweet old aunts have been poisoning lonely old men, but family insanity is nothing new to him. His brother, Teddy (David Neilson), thinks he's Teddy Roosevelt.

When another deranged brother, Jonathan (Adam Whitten), shows up the night his aunts are planning to bury the next body, Mortimer tries to help his aunts and protect his fiancee while also trying to save his own sanity.

"Mortimer has a very interesting family," Locke said. "He likes to think he can control situations or take command when needed. In this play, the situation with his aunts upends that perception."

Dawson relishes her role as Abby. "I'm one of the crazy aunts," she said. "But, she's so blissfully unaware that she's crazy. Everyone else is crazy, not her."

The role of Abby in TCT's 1987 production was played by Ruth Liveakos, the longtime Tupelo High School drama teacher and one of TCT's founders. Gibbs, who also enjoyed a long tenure as theatre teacher at Tupelo High, said she feels a special connection to Liveakos through the play.

"She was my mentor. I wanted to be in the show because she was in it," Gibbs said. "We did it at the high school, and people loved it. We had sellouts every night. That was years ago. It's a popular one, and it's fun."

For a while, Gibbs' involvement in the latest production was in doubt. "Arsenic and Old Lace" originally was scheduled for January as TCT's third production of the 2020-21 season, but COVID-19 concerns put the season on hold.

TCT was able to restart the season, rescheduling "Crimes of the Heart" to April as the third play and "Arsenic and Old Lace" to May.

"When Bobby said we flip flopped, I was like, 'Yay! If I can get my shots, I can audition'," Gibbs said.

Geno also has a connection with "Arsenic and Old Lace," from being a fan to performing the Lt. Rooney role in it.

"I've seen it probably three times and I've seen the movie," he said. "I was a consultant on this show when they opened Baldwyn Main Street Players with it. And a few years ago, I was asked to come back to Blue Mountain College, where I graduated, and pinch hit because their Lt. Rooney had to drop out three weeks before the show. And now, here I am directing it."

WHAT: Tupelo Community Theatre production of "Arsenic and Old Lace."