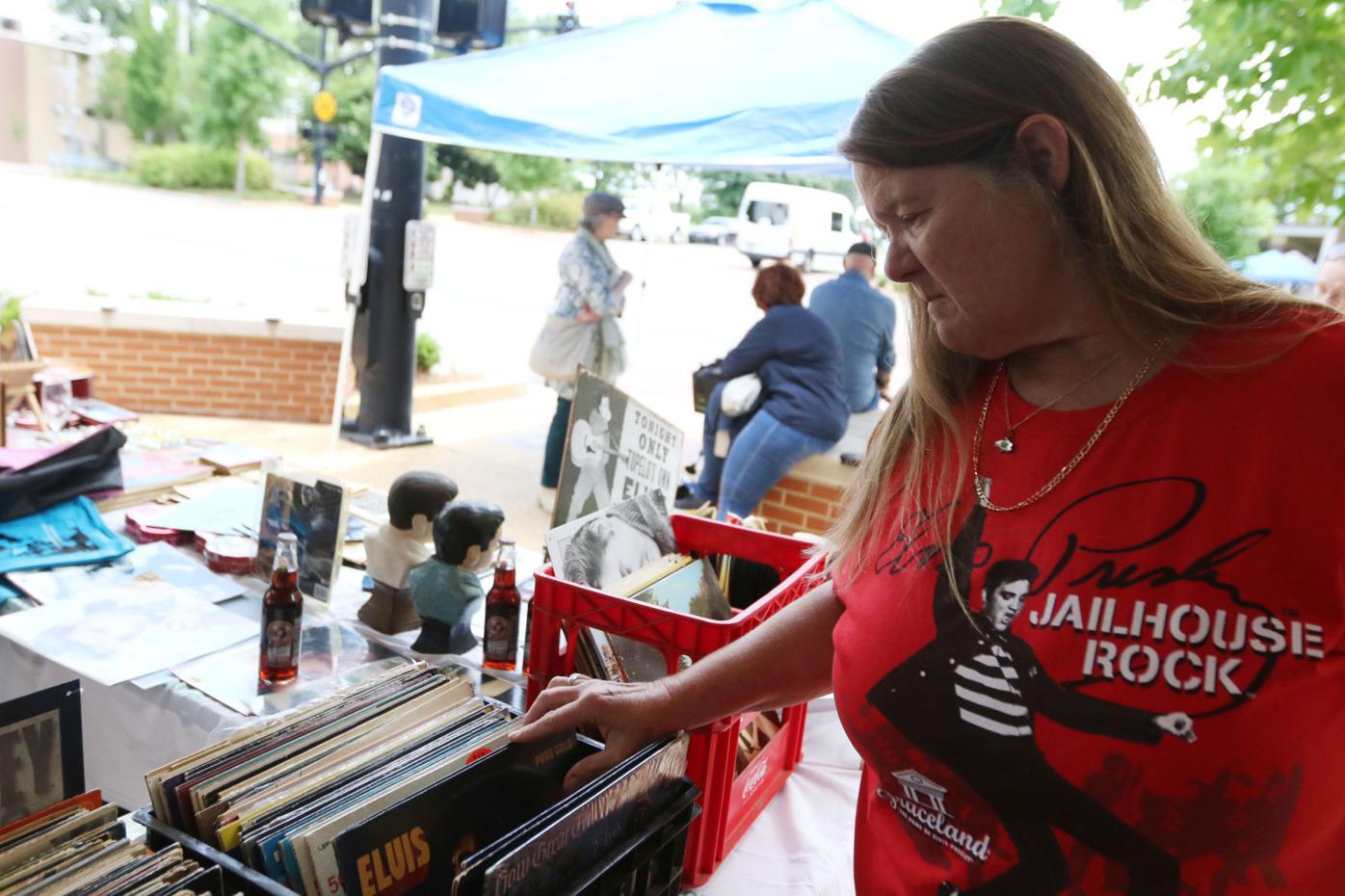 Angie Geis of Cincinnati, Ohio, browses through Elvis records Saturday during the Tupelo Elvis Festival activities downtown. Fans from across the country and the world will return to Tupelo in June for the festival. 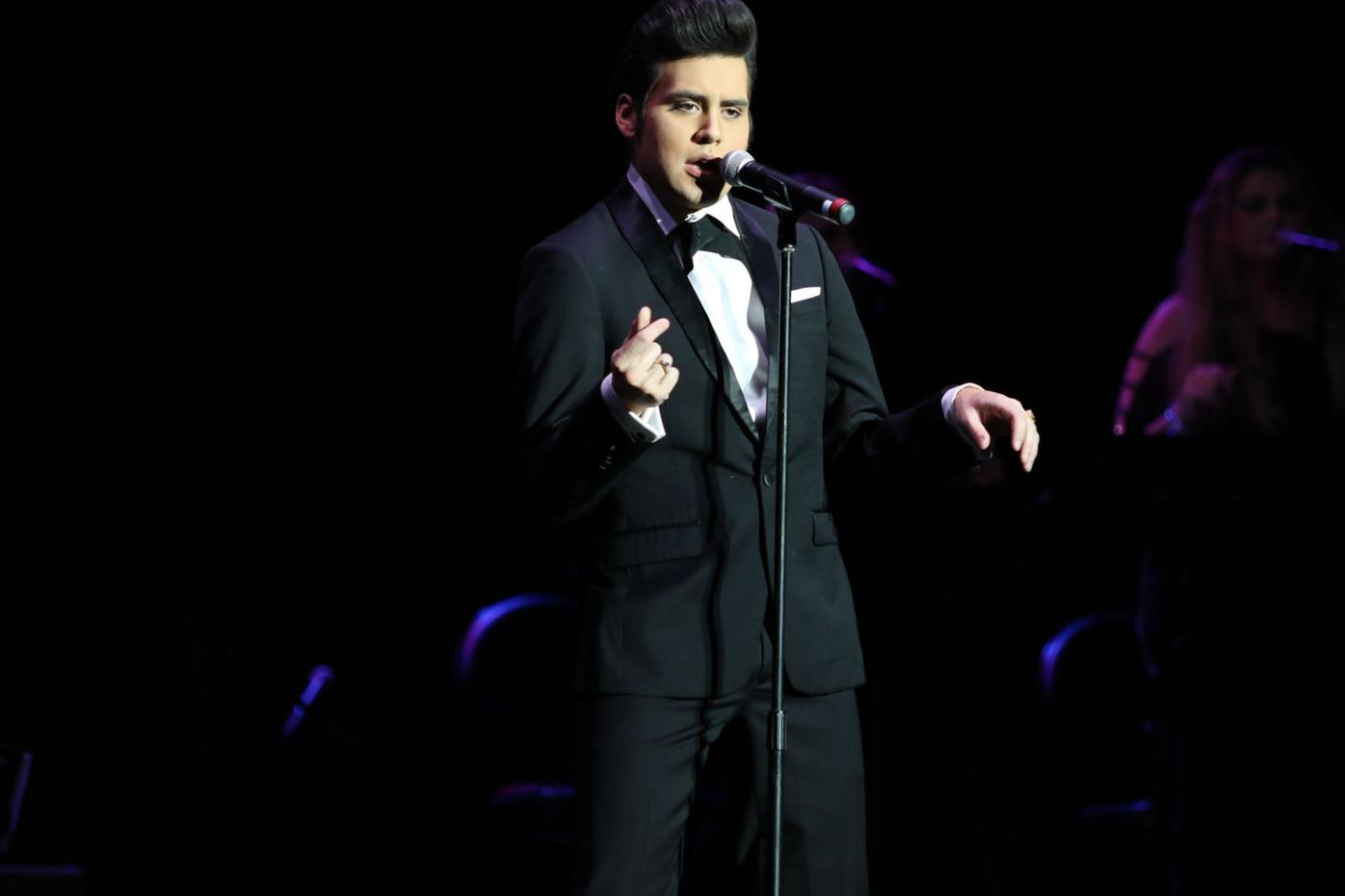 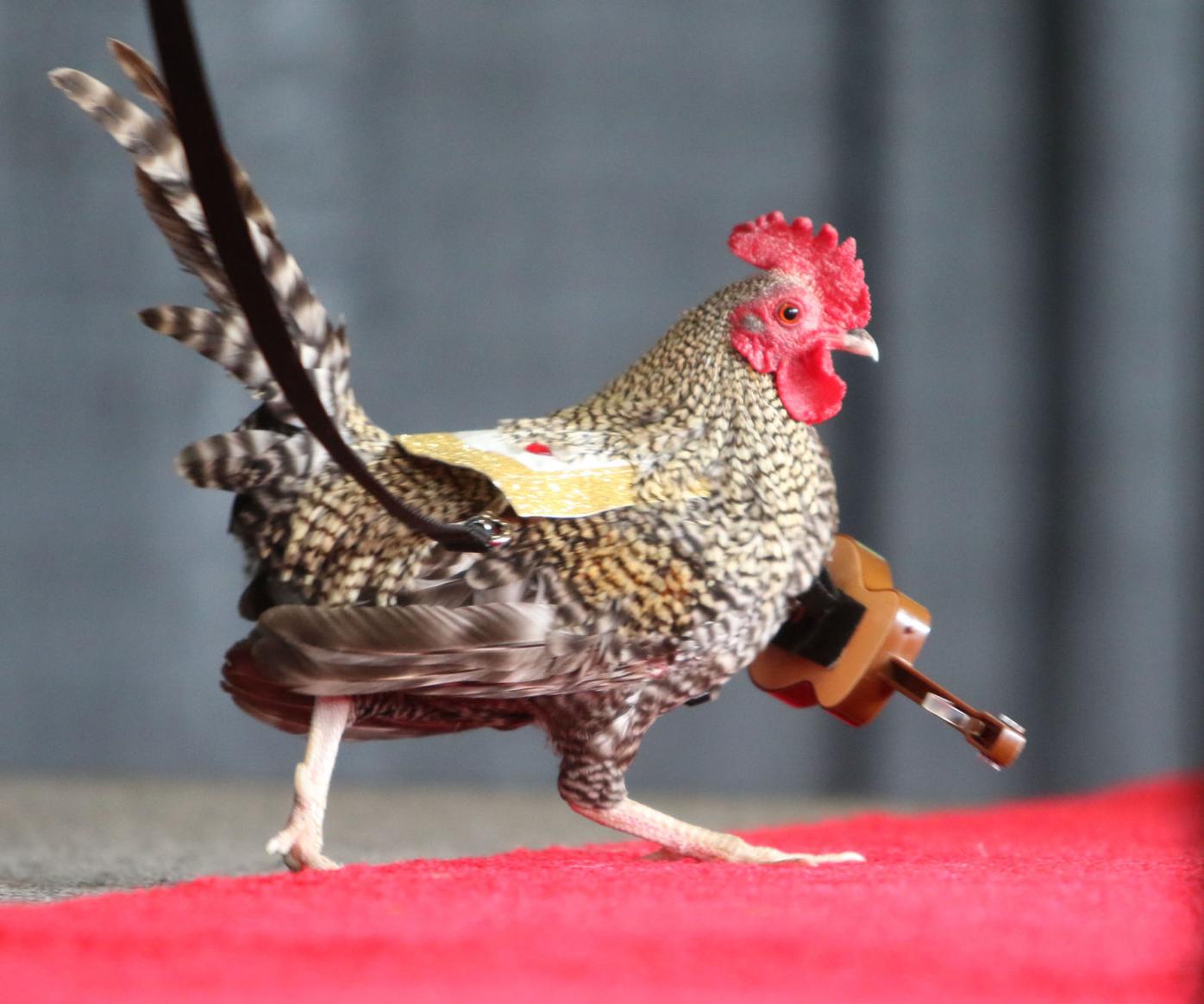 Dom the rooster, wearing his mini guitar, wows the crowd at the 2018 Tupelo Elvis Festival pet parade. The parade returns this year on Saturday, June 12 at BancorpSouth Arena. 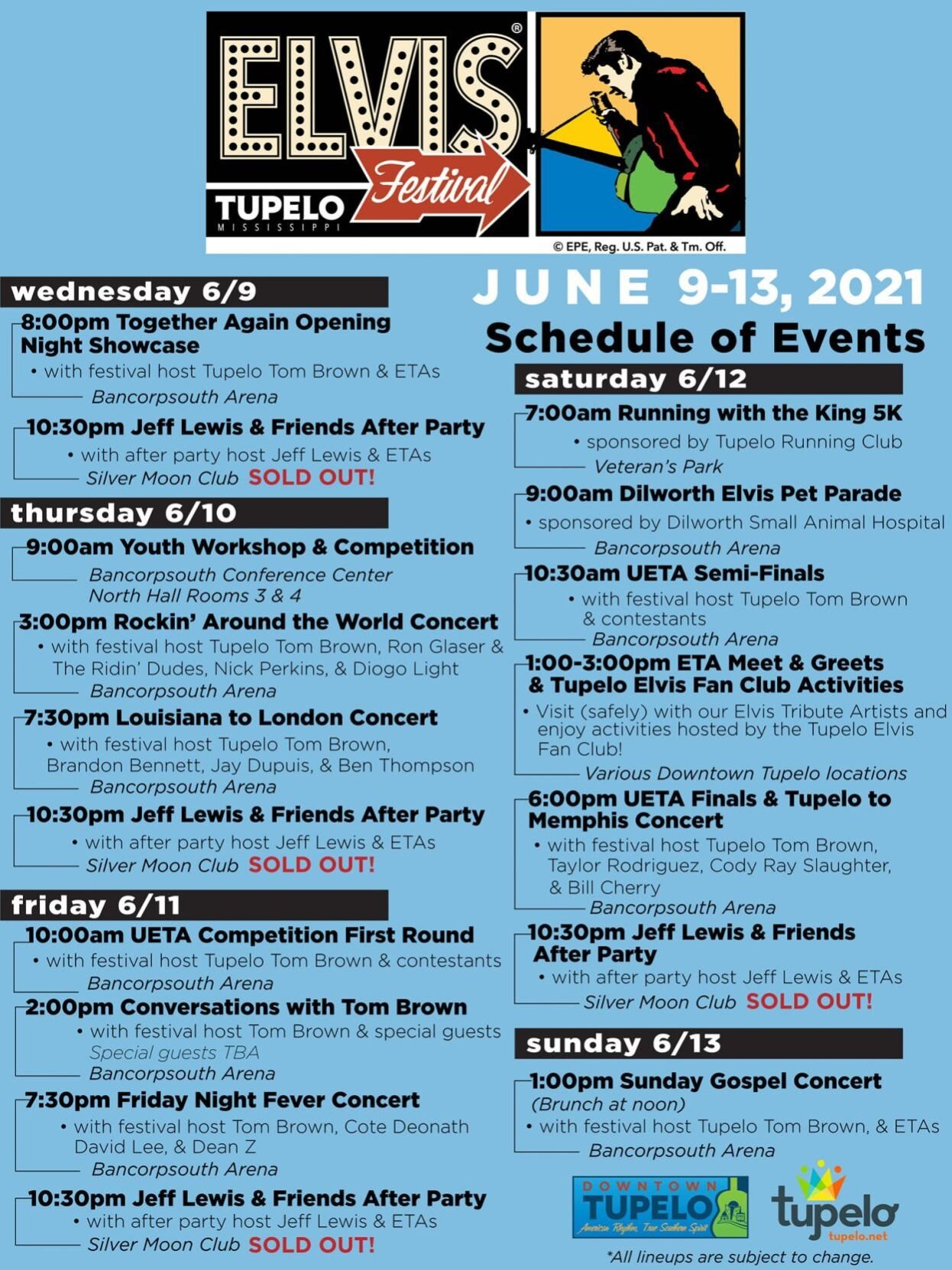 Angie Geis of Cincinnati, Ohio, browses through Elvis records Saturday during the Tupelo Elvis Festival activities downtown. Fans from across the country and the world will return to Tupelo in June for the festival.

Dom the rooster, wearing his mini guitar, wows the crowd at the 2018 Tupelo Elvis Festival pet parade. The parade returns this year on Saturday, June 12 at BancorpSouth Arena.

Brown, the Tupelo radio personality, is referring to his Elvis family — fans of the Tupelo-born King of Rock ’n’ Roll and the tribute artists who model themselves after him. They’ll gather June 9-13 for the annual Tupelo Elvis Festival.

"I feel like it’s a long-time-coming family reunion,” said Brown, the festival’s longtime host. “I’m glad Tupelo’s one of the first live events with everybody in a building together to celebrate Elvis.”

The Elvis Fest, which went virtual last year because of the pandemic, on Thursday announced the schedule of its return to live events. A majority of the activities, including the annual Tupelo Ultimate Elvis Tribute Artist (UETA) competition, will take place in BancorpSouth Arena.

"It was exciting. We're excited that we can move forward this year," she said. "We're so looking forward to having our Elvis fans back in Tupelo and seeing all of our friends and be together again."

Although the live festival was shut down in 2020, Brangenberg said the virtual experience opened the way for more fans to learn about the event and the city.

"We were able to reach 39 countries, and over a million people watched at some point in time of the online version," she said. "We averaged about 35,000 viewers per show. It really gave us some exposure that we had not had in the past. People that had never been to Tupelo were making comments like, 'If this is what a Tupelo Elvis festival is like, then we want to come.'"

Brangenberg said the festival is taking a safe approach in its return to protect those participating. Tickets for performances inside BancorpSouth Arena are being sold in pods (groups of 1, 2, 4, etc.), and there will be mask and social distancing requirements at each activity.

Package tickets are almost sold out. Individual event tickets go on sale May 3 at the coliseum box office and Ticketmaster.com.

The festival opens Wednesday night, June 9 with a “Together Again” showcase of Elvis tribute artists.

“I feel like we’re kicking everything off again,” Brown said. “We’ve had a year of quiet time and it’s time to bring the big guns out and everybody celebrate rockin’ style.”

Dean Z, an overall UETA winner from 2013, also joins the lineup along with past Tupelo winners Nick Perkins, Diogo Light and Cote Deonath, and tribute artist Ron Glaser and his band, The Ridin’ Dudes.

The Thursday, June 10, schedule opens at 9 a.m. with a youth workshop and competition in the BancorpSouth Conference Center, followed by 3 p.m. and 7:30 p.m. concerts in the arena starring the ETAs.

The opening round of the Tupelo Ultimate Tribute Artist competition begins at 10 a.m. Friday, June 11. Brown then hosts a 2 p.m. “conversations” event with special guests, followed by a 7:30 p.m. concert.

The Saturday, June 12, activities open at 7 a.m. with the Running With The King 5K footrace at Veterans Park. The Elvis Pet Parade sponsored by Dilworth Small Animal Hospital starts at 9 a.m. and the UETA semifinals take place at 10:30 a.m.

Saturday’s festivities switches to Downtown for meet-and-greets with the tribute artists and Tupelo Elvis Fan Club activities between 1-3 p.m. The UETA finals begin at 6 p.m., followed by the “Tupelo to Memphis” concert.

The festival closes Sunday, June 13 with brunch at noon and the Sunday gospel concert at 1 p.m.