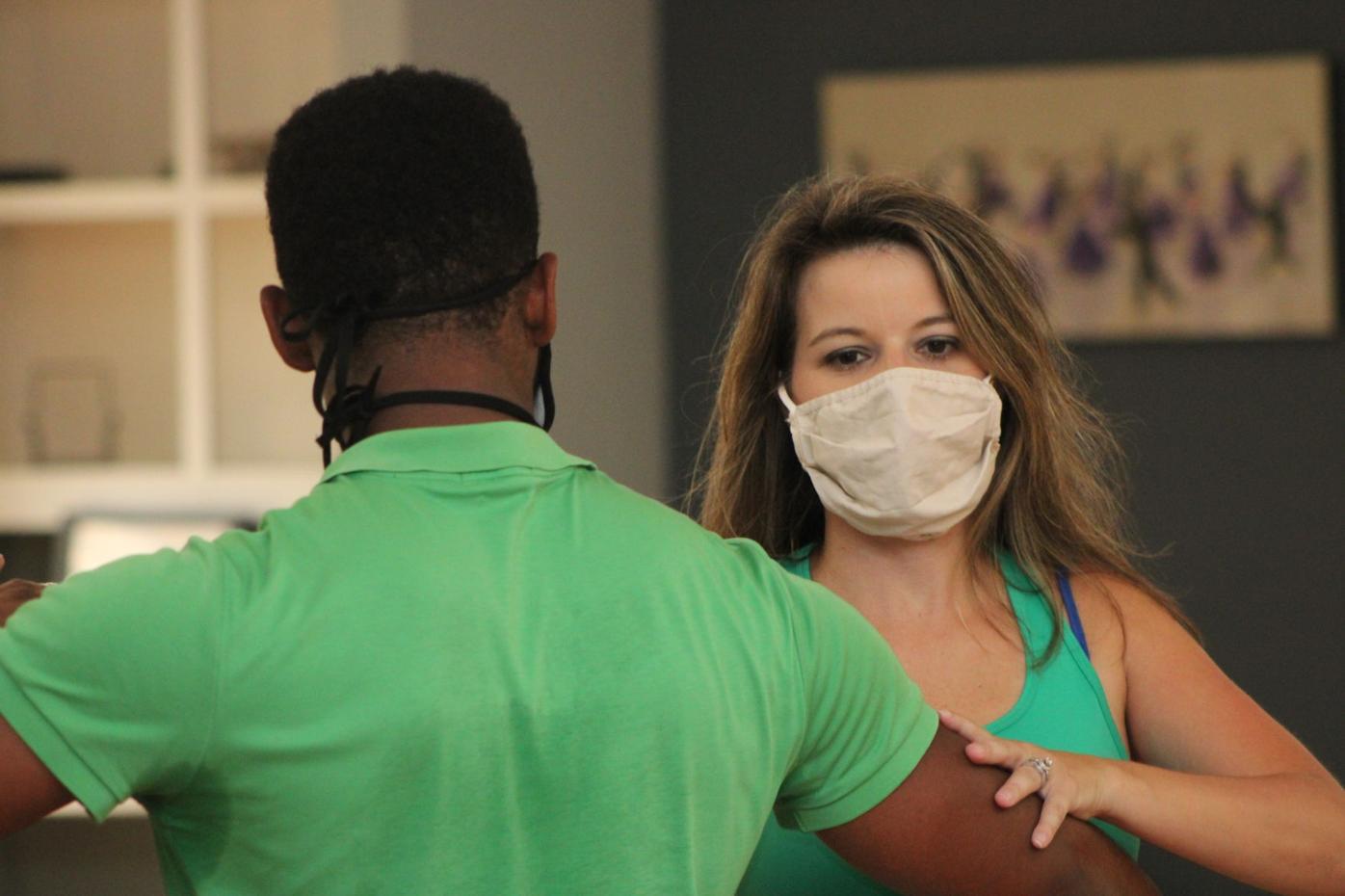 Lindsey Chaney dances with her pro partner, Benjamin Pryor, during rehearsal Monday at The Dance Studio in Tupelo. 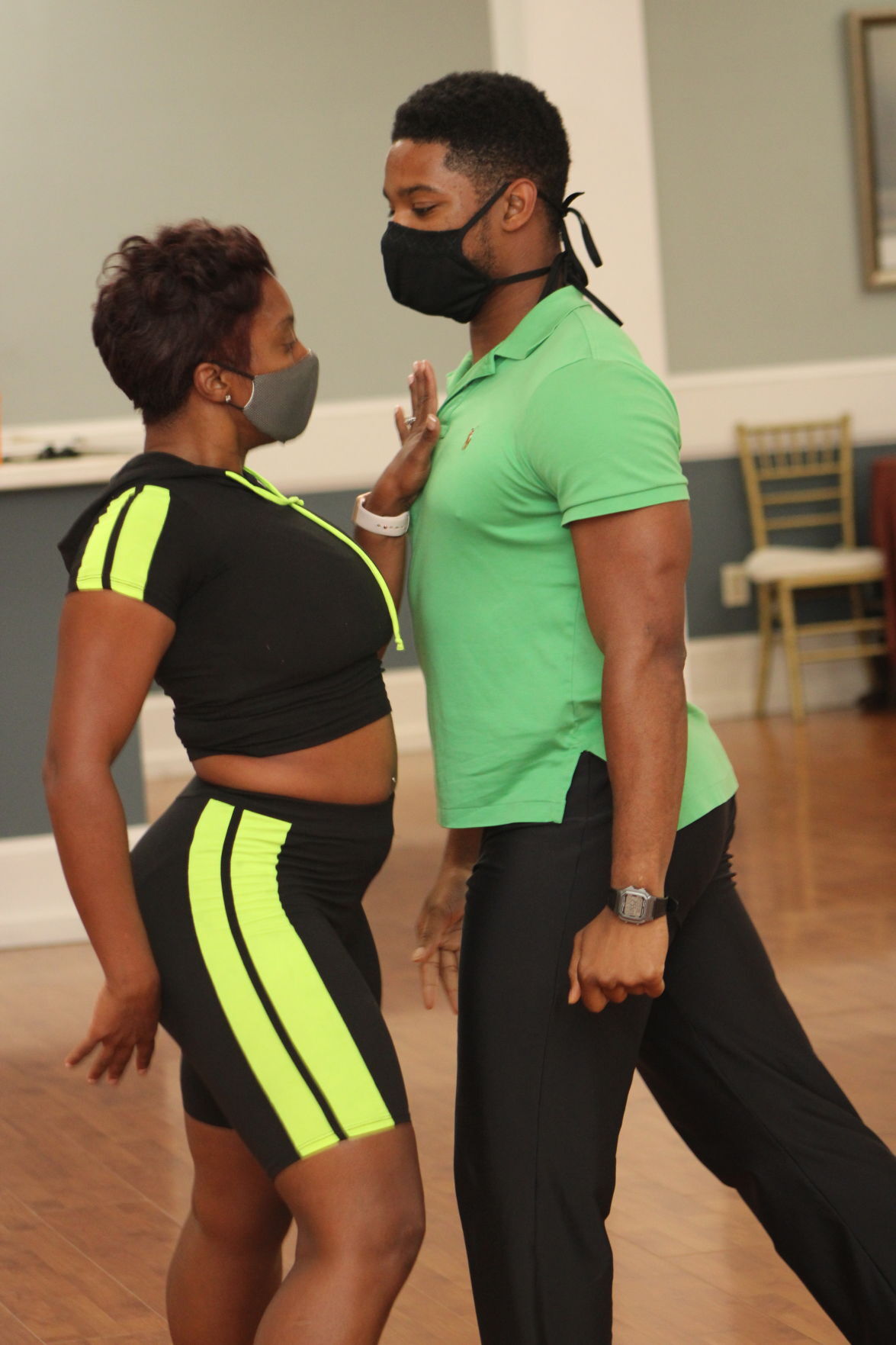 Jacuana Sykes stops Benjamin Pryor in his spot while rehearsing their dance routine. 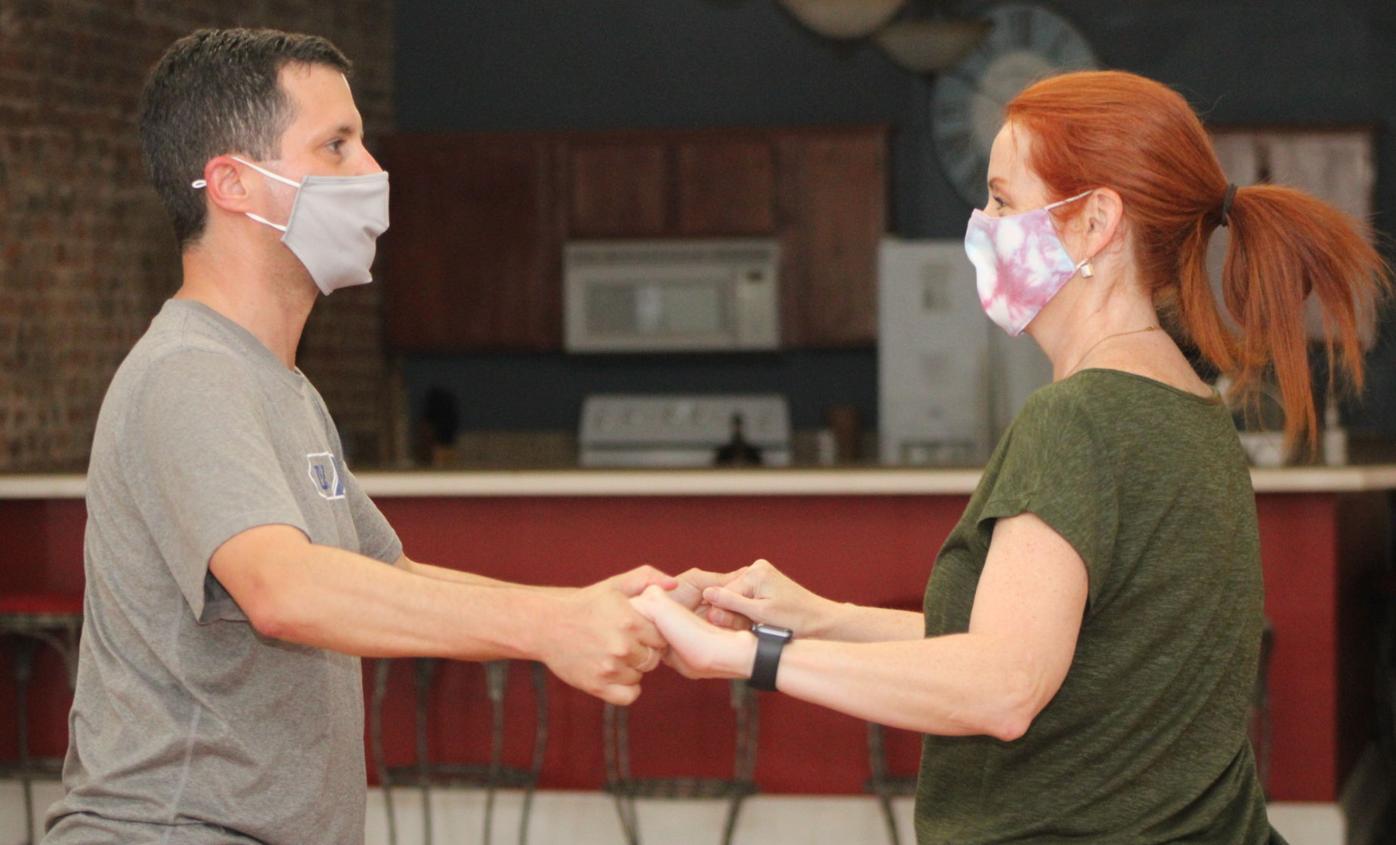 Pastor Eddie Rester and pro partner Tammy Wilson work on their routine during rehearsal at The Dance Studio in Tupelo.

Lindsey Chaney dances with her pro partner, Benjamin Pryor, during rehearsal Monday at The Dance Studio in Tupelo.

Jacuana Sykes stops Benjamin Pryor in his spot while rehearsing their dance routine.

Pastor Eddie Rester and pro partner Tammy Wilson work on their routine during rehearsal at The Dance Studio in Tupelo.

TUPELO • After watching the Dance Like The Stars fundraiser from the audience, Lindsey Chaney has now left her seat to become a competitor in the annual event.

Chaney, the other six celebrity dancers and their four professional dance partners will take the dance floor Aug. 22 in BancorpSouth Arena. The audience, however, won’t be in the venue to see it.

The 15th annual Dance Like The Stars, which benefits the Boys & Girls Clubs of North Mississippi, is going virtual due to safety concerns related to COVID-19. The spectators and sponsors who filled the tables in the past 14 “Stars” competitions will be supporting their favorite dancers from afar.

“It will be a little weird, but we also know we have tons of family and friends who will be watching,” Chaney said. “They will be there in spirit cheering us on.”

Funds raised will benefit Boys & Girls Clubs locations in Tupelo, Oxford, Ripley and New Albany. The celebrity dancers have spent the past few months soliciting donations to support the clubs in their cities.

The seven, who were selected before the pandemic made its way into Mississippi, make up the smallest group of celebrity dancers in the event’s history. Nonetheless, they have been effective in trying to meet this year’s goal of $210,000.

Evie Storey, director of Marketing and Special Events for the Boys & Girls Clubs of North Mississippi, said about $190,000 have been raised so far, and the celebrities are having fun in a friendly competition to see who can bring in the most.

“They were all committed before the quarantine about doing it,” Storey said. “When we made the decision to make it a virtual event, their commitment to keep doing it was already there. They have done a great job in fundraising.”

Celebrities like Rester usually come into the event with little or no formal dancing experience.

“I’m just not a dancer. I’ve never had rhythm,” he said. “We’ve been working hard for a couple of months raising money. The main point is to have fun with the dancing while raising a lot of money for the Boys and Girls Clubs. Right now, they’re having to do more work with the kids at a difficult time. It’s important for us to raise as much money as possible for their work.”

Sykes said she has enjoyed learning her dance routine and raising money for the effort.

“Every rehearsal is a learning experience, and I’m taking it in like a sponge,” she said. “Just the fact we’re doing it for a good cause and to help our children, it’s a reward in itself. Everything else is icing on the cake.”

The dancer who raises the most money is named the Grand Champion. A Judges Choice is also picked by a panel of judges at the event and a Peoples’ Choice winner will be chosen from voting online during the competition. The winners will be announced that evening on TV news broadcasts.

Storey said the BGCNMS was inspired by how churches turned to online platforms like Facebook to continue their services at the onset of the pandemic. Live streaming became an option once the BGCNMS decided it was too risky to do the in-person gathering at the arena.

The dancing will be live, but Storey said there will be prerecorded segments showing the work of the local Boys & Girls Clubs plus special messages from notable people expressing support of the organization. Donations will be accepted during the broadcast.

Toyota Mississippi is the presenting sponsor of Dance Like the Stars.

The Boys & Girls Clubs of North Mississippi serves more than 2,000 youth annually, and their goal is to inspire and enable all young people to realize their full potential as productive, responsible and caring citizens. More information can be found at the clubs’ website.

HOW TO WATCH: Streamed live through the Boys and Girls Clubs of North Mississippi Facebook page, www.facebook.com/bgcnms.A link posted at www.bgcnms.org will give you access to the event.