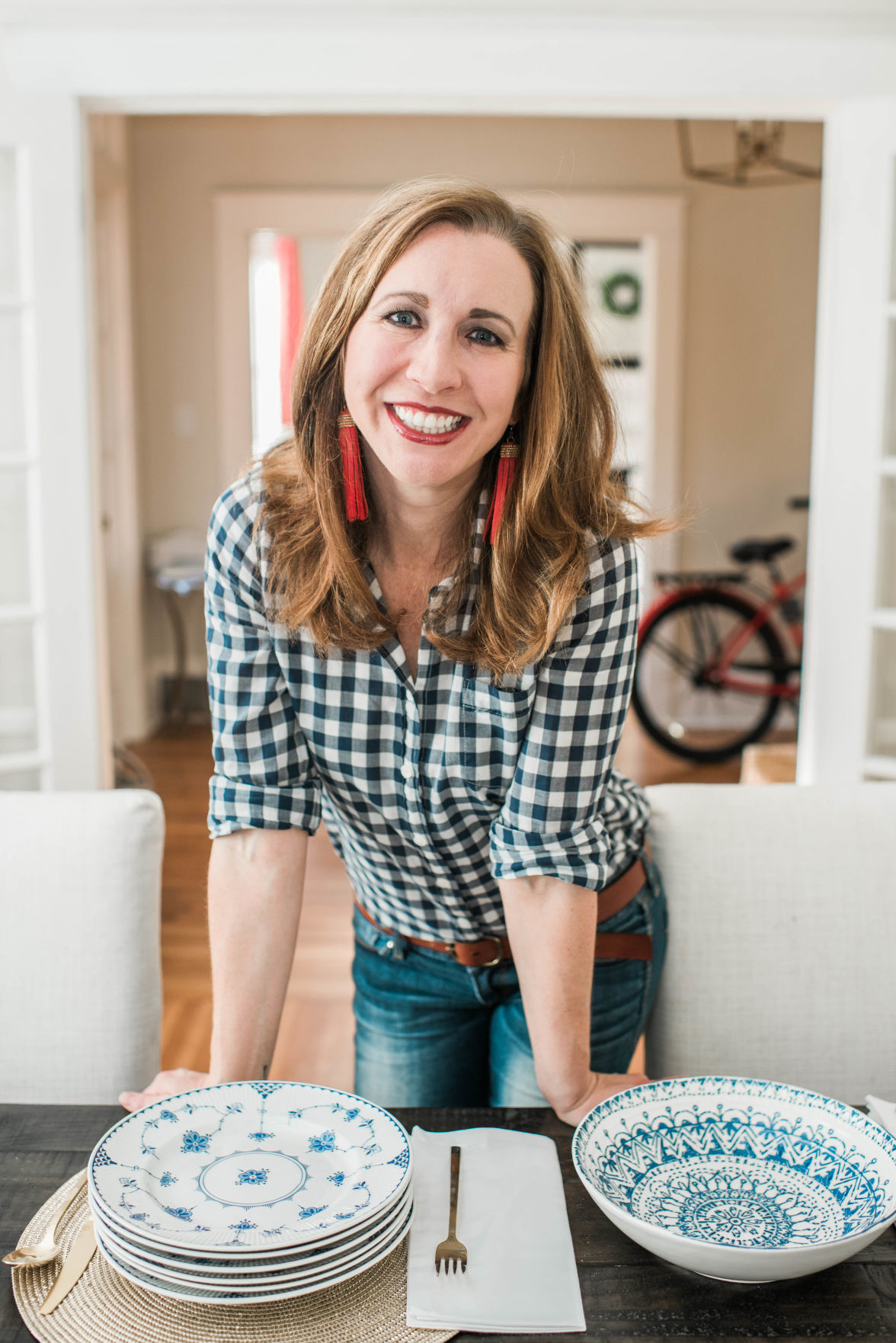 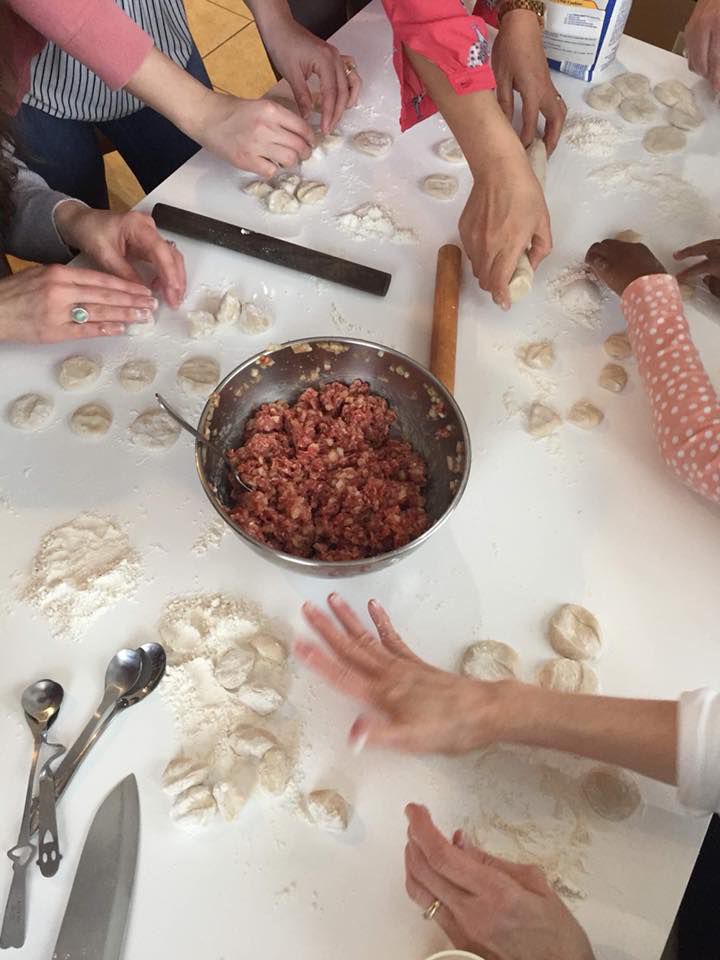 A Tupelo community member from China taught participants to make Chinese dumplings at a Cooking as a First Language class held in her home. Participants help prepare the meal, then get to enjoy it. 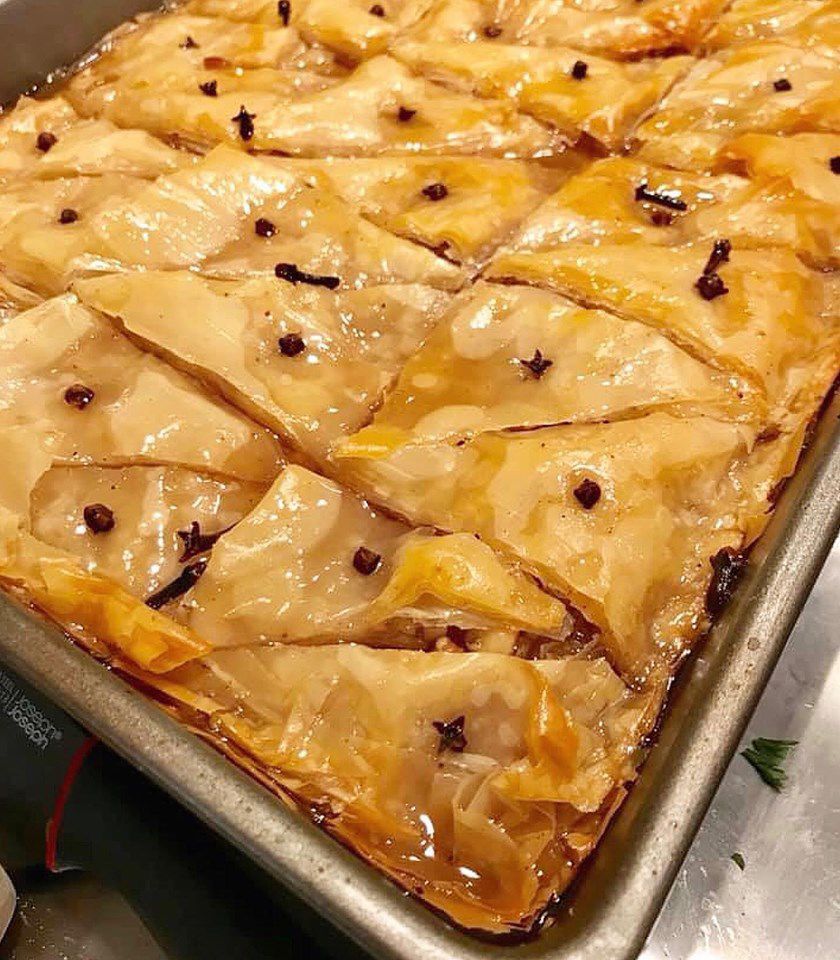 A Tupelo community member from China taught participants to make Chinese dumplings at a Cooking as a First Language class held in her home. Participants help prepare the meal, then get to enjoy it.

TUPELO • In early 2017, Lauren McElwain invited two Japanese friends she’d met through her food blog into her home to teach them some American dishes.

“I didn’t know they didn’t speak English until they showed up at my house,” McElwain said. “But it didn’t matter. We went into the kitchen and started cooking together and cooking became our shared language. It allowed us to bond faster. I knew then that this was the beginning of something.”

McElwain showed the ladies how to prepare poppyseed chicken, a seven-layer salad and bacon green beans.

“My husband, the doctor, said afterward, ‘Way to go, Lauren. Way to teach these healthy Japanese women how to develop heart disease,’” McElwain said. “I realized that, actually, they should be teaching me how to cook. Their food culture is much healthier than ours.”

So the Japanese ladies and McElwain planned a sushi class next and McElwain invited some of her friends to join them. Afterward, she posted pictures on social media.

“People saw the posts and they started reaching out to me, saying, ‘I’m from India and I’ll teach Indian cooking’ or ‘I’m from Mexico and I’ll teach a Mexican class,’” McElwain said. “From there, Cooking as a First Language was born.”

Every month since that first dinner in early 2017, a hands-on, interactive class has been offered in someone’s home. The cost is $22, which covers the cost of the meal. Most classes are limited to 12 to 15 participants and last two hours.

“The classes are 100 percent authentic because they’re taught by a person in Tupelo who is from a particular culture,” she said.

Some of the classes so far have featured foods from Bangladesh, Japan, Mexico, Morocco, the Philippines, Greece, India, Ecuador, Venezuela, the Caribbean, Korea and Cuba, as well as soul food and New Orleans-style cooking.

The meal at the Moroccan class featured a salad, a seafood pasta wrapped in phyllo dough, a variety of Moroccan cookies and mint tea. The class showcasing foods from Greece offered Greek lasagna, Greek salad and baklava.

“The guest chef for the evening gets reimbursed for food expenses,” she said. “We are a non-profit, so any money left over goes into our organization to pay for things like cooking supplies or decorations.”

The November class, which is full, has an Italian theme. There are still spots available for two other upcoming classes: Dec. 13 is Bangladeshi food and Jan. 24 will showcase South African fare.

For a calendar of events or to sign up for a class, visit cookingasafirstlanguage.org.

“We have a different group every time,” McElwain said. “There are maybe two or three regulars, but mostly it’s a mix of people, which is awesome. Food is such a common bond.”

CFL is now beginning to offer cooking classes for kids. The next class is Dec. 7 at All Saints’ Episcopal Church and is headed up by Hannah Maharrey.

“We also do private events when people ask us to,” McElwain said. “I get great joy in bringing people together over food.”

The mission of Cooking as a First Language is to break down barriers and build up community over food and cooking.

“We want to help people from other places feel comfortable in our community,” McElwain said. “We want to provide a safe space to share their culture and form relationships.”

Cook sugar and cinnamon stick in water to form a syrup; remove from the stove and add lemon and honey; let cool.

For the pastry, combine walnuts, sugar and cinnamon and set aside.

Line the bottom of a greased 9x13-inch baking pan with 10 to 12 phyllo sheets, brushing each sheet with butter. Sprinkle the nut mixture on top and then top with 3 layers of phyllo and butter. Continue to layer until the nut mixture is used, about 4 layers. Cover with remaining buttered phyllo.

Cut down the middle lengthwise, then through the middle widthwise, then lengthwise through each half to make 4 rows and continue cutting widthwise to make rectangles; finally cut each rectangle diagonally and place a whole clove into each piece, if desired.

Bake at 325 degrees for about 1 hour and 15 minutes or until golden on top. Slowly pour syrup over baklava immediately after baking.

For a calendar of events or to sign up for a class, visit cookingasafirstlanguage.org.