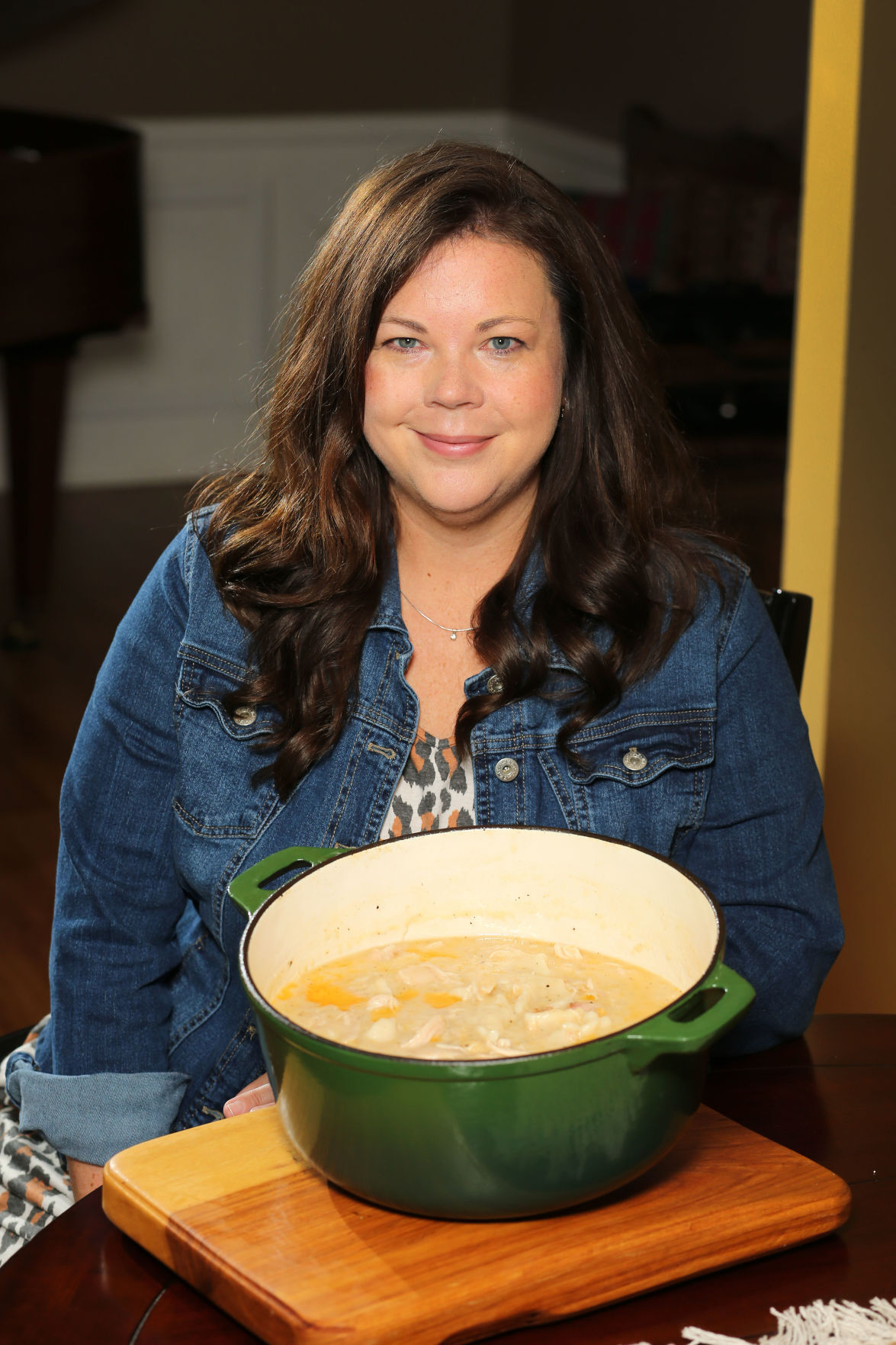 Amy Beaty says the secret to her chicken and dumplings is a rotisserie chicken. See her recipes, Page 9A. 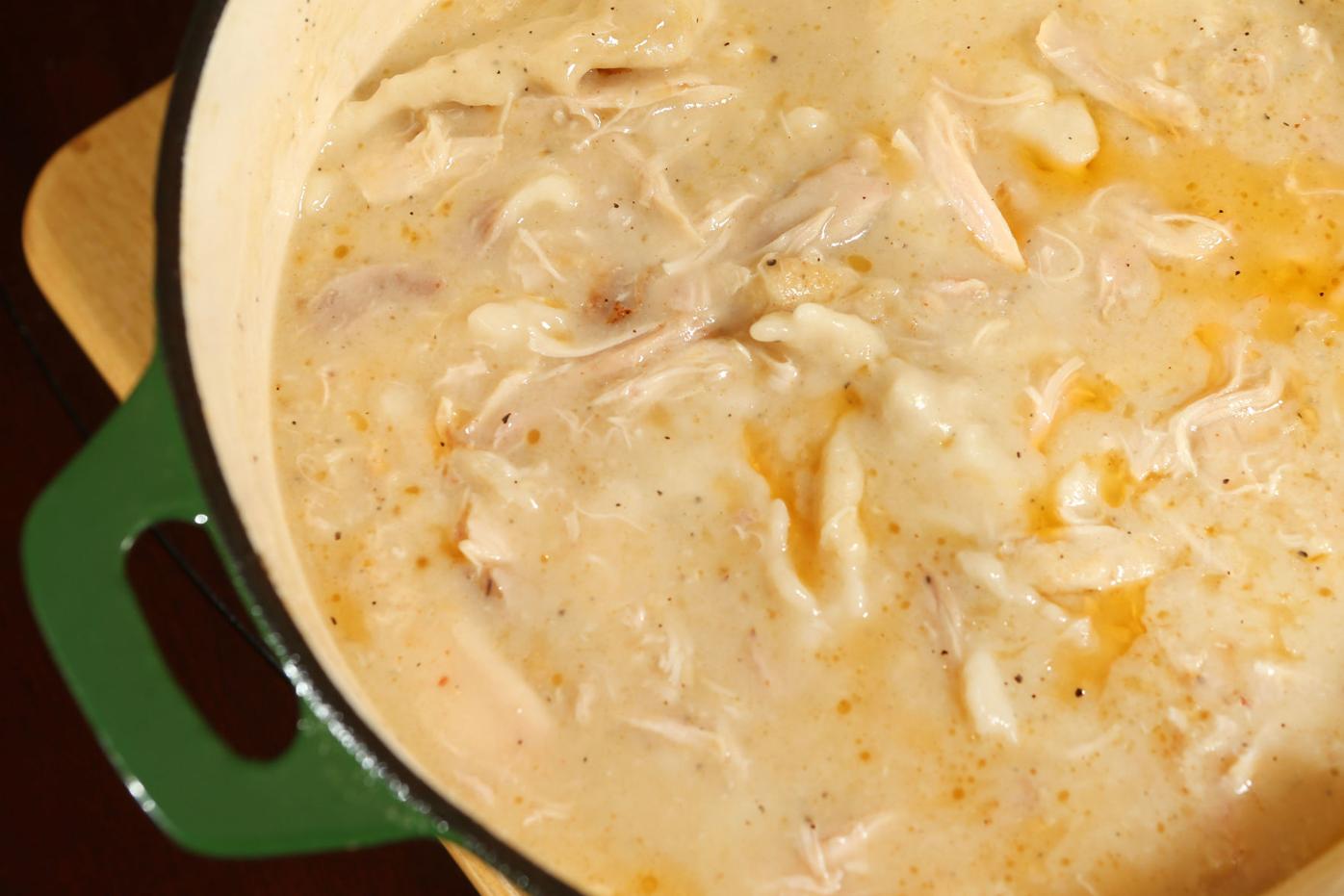 Amy Beaty says the secret to her chicken and dumplings is a rotisserie chicken. See her recipes, Page 9A.

RIPLEY • When Amy Beaty was a young girl, she loved to eat her maternal grandmother’s cooking.

Beaty, 41, grew up in Brownsville, Tennessee. She and her husband, Greg, were fixed up by friends and she married when she was 19. The Beatys have three children – Eli, Clay and Abby.

“I really didn’t start cooking until I got married and that was out of necessity,” she said. “I was used to eating really good food. The only things I could cook when we married were Hamburger Helper and spaghetti. After about six months of that, Greg said, ‘You really need to try something else.’”

Greg was a pastor at churches in Alabama, Aberdeen and Georgia before being called to First Baptist Church in Ripley, where he is a worship pastor, in 2014. At each of their churches, Beaty would get recipes from the good cooks in the congregation and then share them with the next congregation.

“Baptists love potlucks,” she said. “They really like to eat. I’ve picked up some really good recipes.”

Even before the pandemic, Beaty cooked every day for her family

“We are a family of five so going out to eat is not economical, especially with two boys who eat enough for two people each,” she said. “So we eat at home most of the time. I love anything that can go in a Crock-Pot. I like the convenience and I also like to be able to smell it cooking all day long.”

Beaty is a huge fan of rotisserie chickens from the grocery store. She uses them as a base in chicken noodle soup, chicken and dumplings, and chicken enchiladas.

“People at church love my chicken noodle soup and I think it’s because the rotisserie chicken adds so much flavor,” she said. “It’s so easy – just chicken, broth, celery and carrots and noodles.”

Beaty is in charge of First Baptist’s Wednesday night suppers, which have been put on hold right now.

“I do the ordering and planning and pretty much cook the whole meal, except for the desserts,” she said. “For me, it’s more of a ministry than a job.”

Beaty said her oldest and youngest kids don’t like to be in the kitchen, but her middle child loves to cook.

“He said before he leaves home, he wants all my recipes written down,” she said. “I’m going to try to do that for him because I wish I’d had my grandmother’s recipes when I first started out.”

Remove roast from refrigerator and let it sit out for a minimum of 5 hours to make sure it is room temperature (this is a must). When it’s room temperature, combine softened butter and steak seasoning and rub the mixture all over the roast.

Cook the roast at 425 degrees for 5 minutes per pound. Once the time is done, turn the oven to 150 degrees (or warm) and let roast sit in it for 30 minutes. Turn the oven off and leave the roast in the oven for 2 1/2 hours for a small prime rib and 3 to 3 1/2 hours for the larger size. The outer bark should not only keep the juices in but also begin to reabsorb some of them in the resting phase. This is for a medium-rare roast.

1 (27-ounce) can Glory mixed greens, heated and seasoned to taste

1 can cream of celery soup

In a casserole, layer the greens, onion, hot sauce, soups and crumbled cornbread. Do not mix ingredients. Pour butter over the top and bake at 350 degrees for 30 minutes.

Pour broth into a large pot, add butter, and start warming it up on the stovetop.

Meanwhile, place flour in a medium bowl and cut in the shortening with a pastry cutter or a fork. Add ice water (a little less than 1/2 cup) and mix together to form dough.

Dust the counter with a generous amount of flour. Place dumpling dough on the counter and dust with more flour. With a rolling pin, roll the dough out to about 1/4-inch thickness. Add flour as necessary to keep dough from sticking underneath or to your rolling pin. Using a knife or a pizza cutter, cut the dumplings into squares. Dust the dumplings with a bit more flour.

Bring the chicken broth/butter to a boil. Add the shredded chicken and stir. Begin adding dumplings one at a time so they don’t all stick together. Reduce heat to a low boil and cover.

Allow dumplings to cook for about 25 minutes. The broth should start to thicken from the extra flour. The dumplings may start to sink to the bottom because they are soaking up the broth. Season with salt and pepper to taste.

Cook rice according to package directions. Add cooked sausage and bacon, the scrambled eggs and the soy sauce and mix together.

Place all ingredients in a Crock-Pot or slow cooker. Cook on low for 4 to 5 hours until chicken is done. Remove chicken from pot, shred it, and return shredded meat to the Crock-Pot.