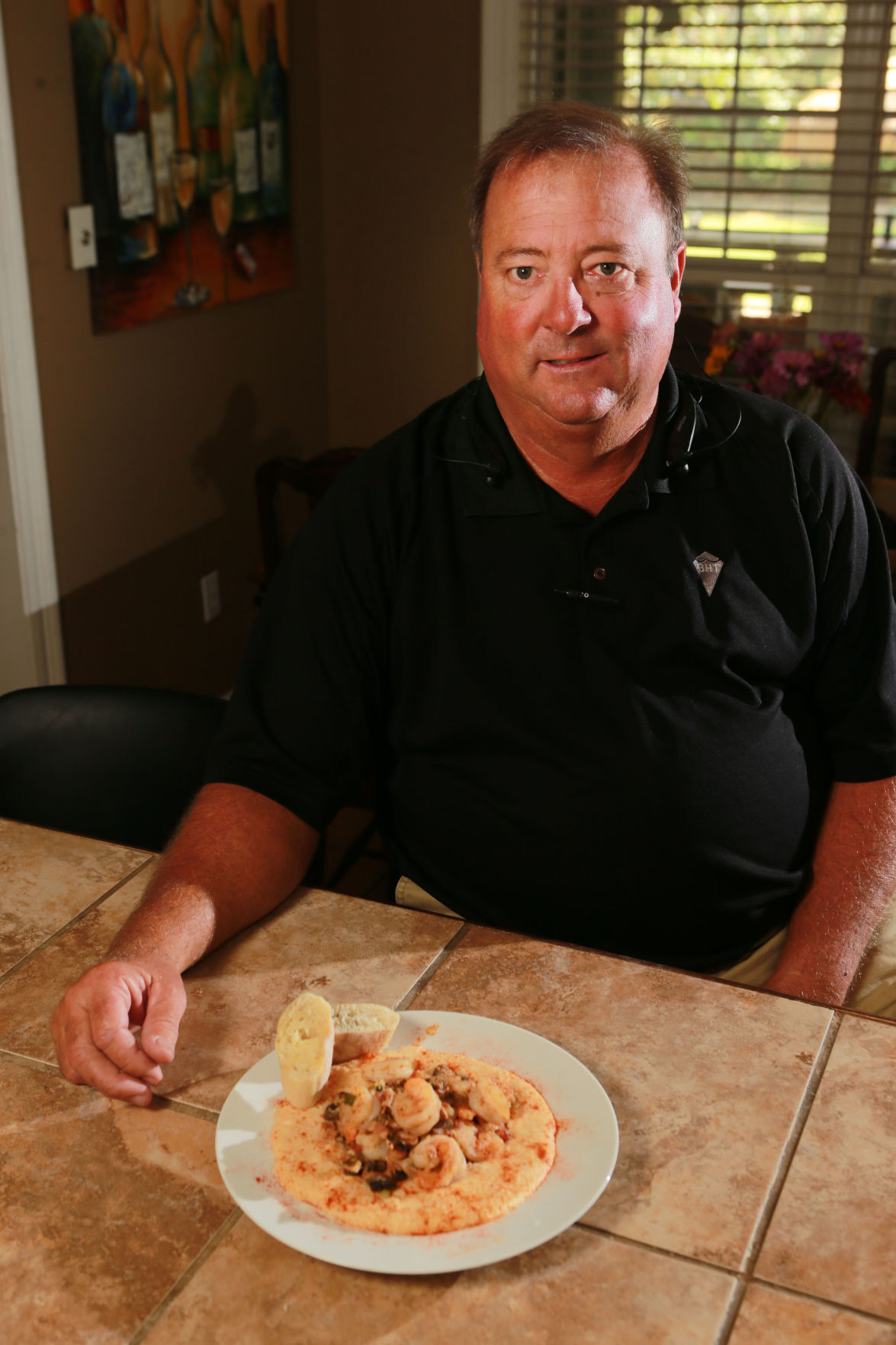 Troy Neuhaus of Tupelo says Shrimp and Grits is a family favorite. See his recipes, Page 9A. 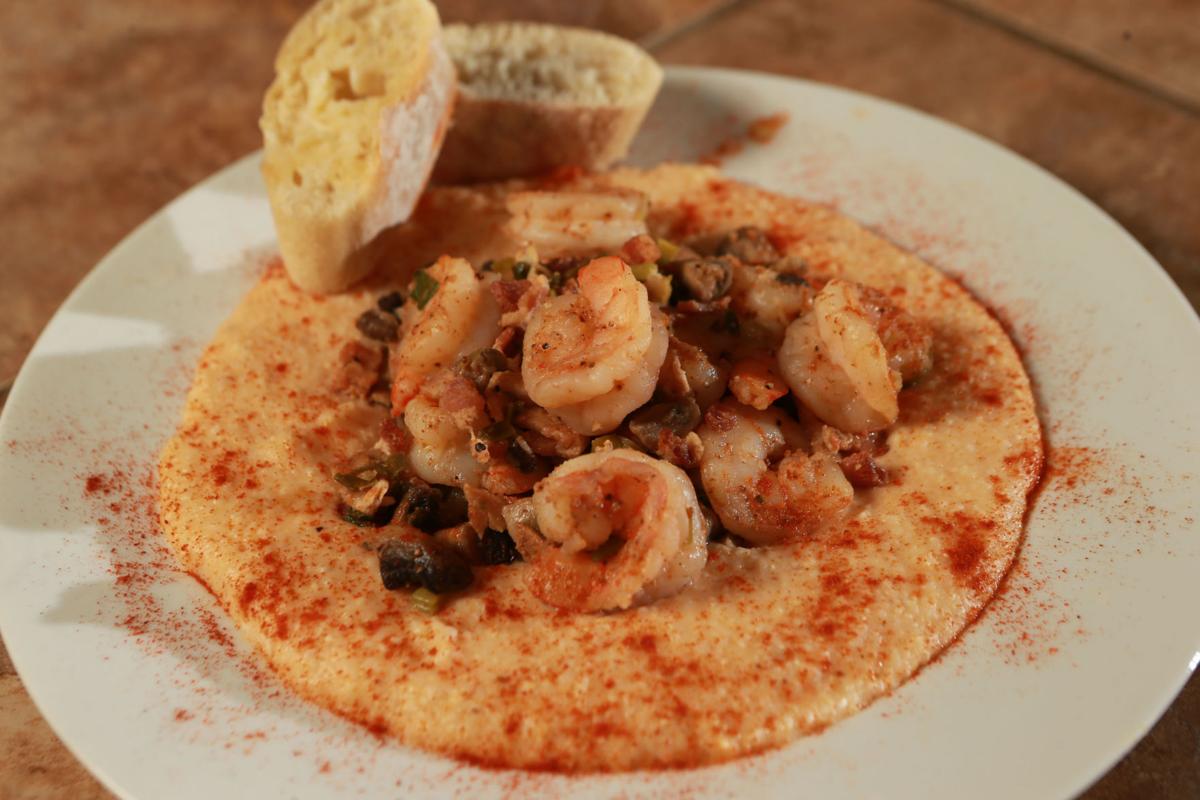 Troy Neuhaus of Tupelo says Shrimp and Grits is a family favorite. See his recipes, Page 9A.

TUPELO • Troy Neuhaus said when he was growing up, his parents’ home was always the gathering place for dinner parties, and he has followed suit.

“We’re always entertaining friends,” Neuhaus said. “We have friends over at least once a week, and the kids come to eat two to three times a week.”

Neuhaus, 57, was born in Kalamazoo, Michigan, and moved to Tupelo when he was 6. He and his wife, Robin, started dating in the ninth grade at Carver School, then went on to Ole Miss together. They’ve been married 33 years and have two children, Zeke and Allye.

“After high school, I contemplated going to culinary school, but Robin and I were dating and I didn’t want to be that far away,” said Neuhaus, who works for BHT ReSources, which recycles cooking oil.

“When I bought it, our contract said he’d stay with me for a month,” Neuhaus said. “He ended up working for me for six and a half years. I learned so much from him – knife skills, tastes, plating designs, some sauces.”

Jacobs also introduced him to two cookbooks that he still has in his kitchen today: “The Saucier’s Apprentice” by Raymond Sokolov and “Le Repertoire de la Cuisine” by Louis Saulnier.

“It’s funny, I rarely bake bread anymore and that was Sir Antony’s specialty,” Neuhaus said. “I don’t do cookies anymore either. I just don’t enjoy doing it with home equipment.”

He does, however, cook supper just about every night. That might look like burgers and fries, or shrimp fettuccine and a salad or boneless pork chops and grilled vegetables.

“If we’re having couples over, I might make lasagna,” he said. “If I’m grilling, it could be chicken thighs or steaks – it just depends on my mood. It could be sausage and chicken wings or chargrilled oysters.”

Neuhaus said he often tries new recipes, but you won’t find him poring over a cookbook.

“If I want to try something new, I go online and look at six or seven varieties of that recipe,” he said. “Then I shut the computer and make my own version. I typically don’t measure anything.”

Neuhaus and his wife like to get out of town when they can, and are looking forward to a trip to the beach.

“When we go to Destin, Orange Beach, Perdido, we have certain restaurants we go to,” he said. “We’re going in September and we already have reservations at several places.”

Cook grits according to package directions. Whisk in butter, Cheddar, Parmesan, cayenne, paprika and Tabasco. Season with salt and pepper.

In a skillet over medium-high heat, cook the bacon. Remove from heat and reserve bacon and drippings. Heat a large skillet until very hot. Add olive oil and 2 tablespoons reserved bacon drippings. Add shrimp and saute until the shrimp are pink; remove shrimp from pan. Let pan return to original hot temperature. Stir in garlic, bacon bits and mushrooms, stirring often so garlic doesn’t burn. Add lemon juice and wine. Cook for 2 minutes, then add shrimp and onions. Stir until everything is well coated, about 30 seconds.

To serve, make a ring around each plate with grits and fill the middle with the shrimp mixture.

6 English muffins, sliced in half

In a bowl, combine crabmeat, mayonnaise, onions, seasoned salt and lemon juice. Place a tomato slice on each muffin half. Arrange crab salad on top of tomato slices. Top each with a slice of cheese. Bake at 350 degrees for 15 to 20 minutes until brown. Serves 6.

Combine all ingredients and refrigerate until reach to serve. Serve with toothpicks – no crackers or chips necessary.

The next day, remove brisket from the refrigerator and sprinkle ground nutmeg over the top, then cover with brown sugar. Sprinkle with Worcestershire and refrigerate overnight again.

The next day, bake the foil-wrapped brisket at 275 degrees for 4 to 5 hours. This is good served on rolls with a horseradish/mayonnaise sauce.

1/2 cup black pepper (this is correct)

Combine all ingredients. Refrigerate until ready to serve.