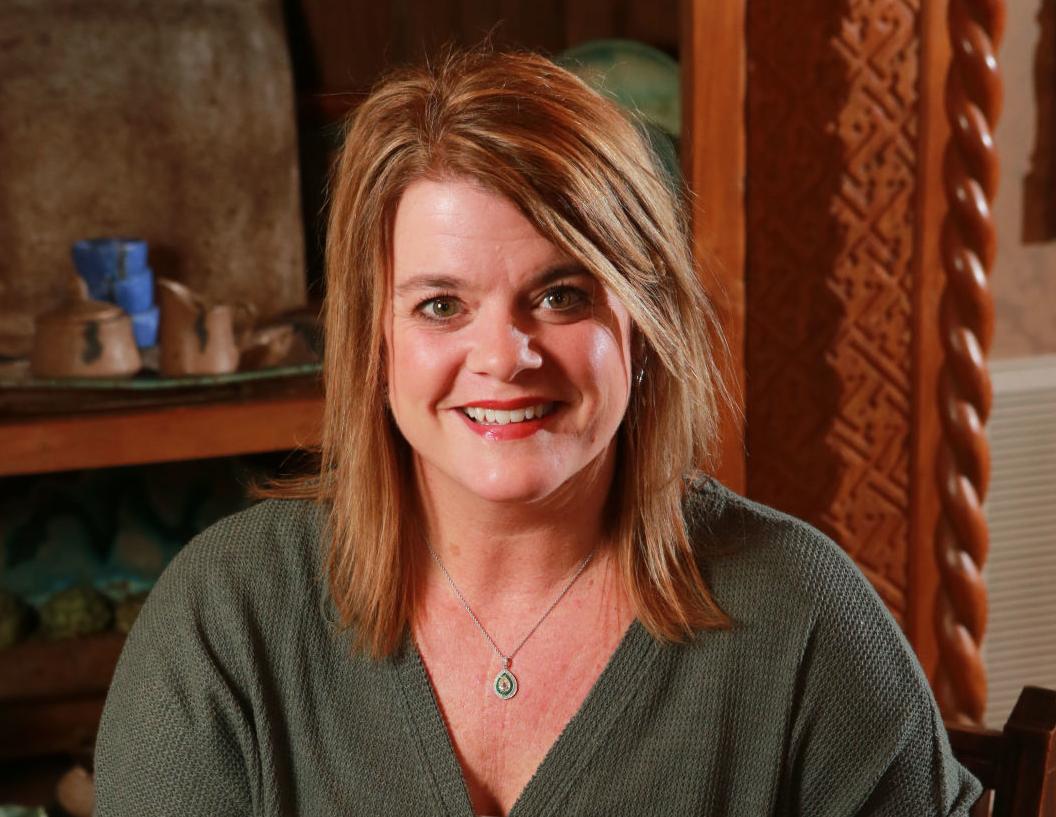 Julie Brister’s 10-Point Cheesecake got its name because she was texting the recipe to her sister when she spotted, and killed, a 10-point buck over Christmas. See her recipes on Page 9A. 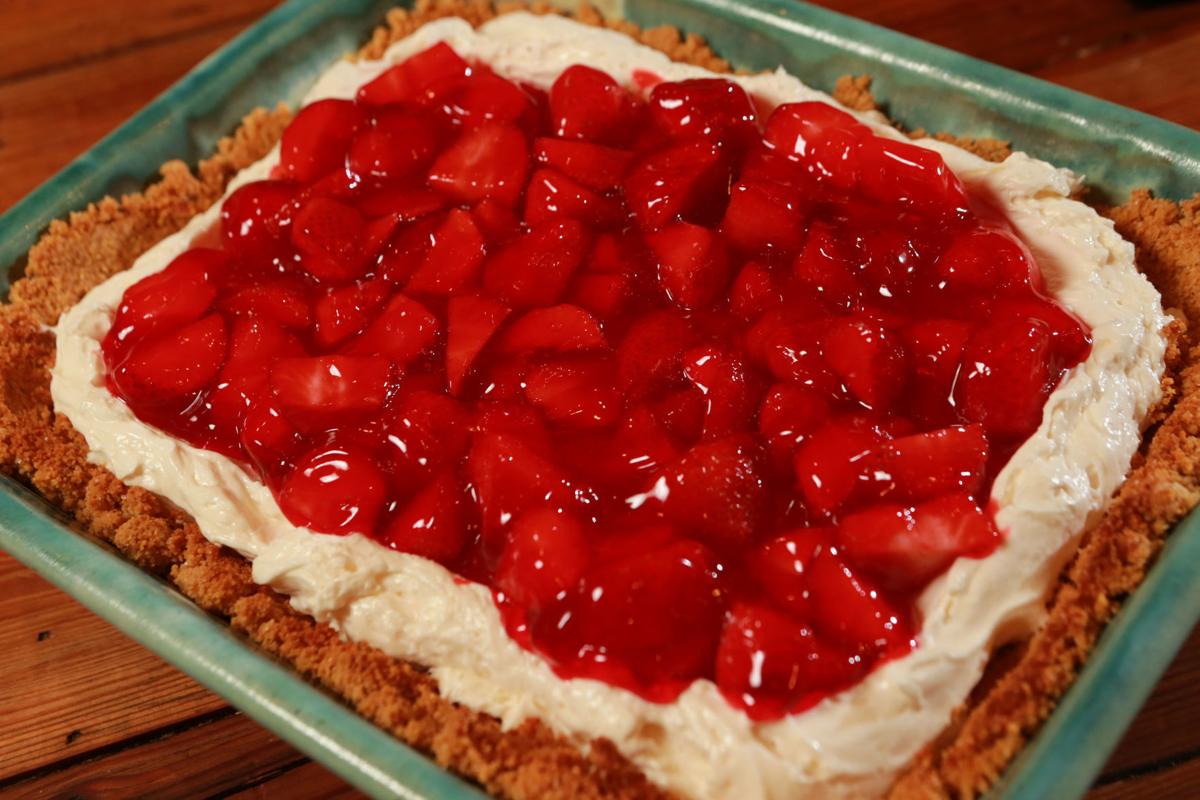 Julie Brister’s 10-Point Cheesecake got its name because she was texting the recipe to her sister when she spotted, and killed, a 10-point buck over Christmas. See her recipes on Page 9A.

TUPELO • Julie Brister grew up in the Mississippi Delta, the youngest of six children. You’d think she would have learned a thing or two about cooking in a part of the state known for its rich food heritage.

But she did not.

Brister met her husband-to-be, Steve, when she was in the ninth grade in Yazoo City. He was two years ahead of her in school.

“I knew then that I was going to marry him,” she said.

She still remembers the first thing she cooked for him when they were in college: poppyseed chicken.

“One of my sisters gave me the recipe and he was so pleased with the meal,” she said. “That made me so happy that he was so tickled. It made me want to cook more.”

The Bristers went on to marry and start a family. They have three sons: Boykin, 20, and Jack, 18, are both students at Mississippi State University, and Tom Henry, 16, is at Tupelo High School.

“We had three boys in four years and it was game on,” she said. “Three boys like to eat. If all three are home on the weekend, you better be ready because there is so much food.”

“You have to really scour packages and look at everything,” she said. “You’d be surprised by the number of ice creams made with eggs. You start to get a little paranoid.”

About a year ago, Brister started a clean eating plan along with others at her gym, Fit Camp. She eats mostly plants, protein and good carbs, such as brown rice and sweet potatoes, and very little processed food.

“When I’m here by myself, I try new things and try to make them the cleanest I can, and most of the time my family will eat that, too,” she said. “My cheesecake and cheese grits are not so clean eating, but I get high-fives when I make those.”

The Bristers are all hunters – she especially enjoys it – so they eat deer meat two to three times a week. She also hunts dove and duck and she kills wild hogs on land the family has in Itawamba County.

“We eat what we kill or we give it to somebody who will,” Brister said. “One year we ran out of deer meat just before the season was to start, so I had to buy ground beef from the grocery store. One of the boys was so upset. He asked that we not eat ‘that fake meat’ again.”

For the crust, combine graham cracker crumbs, melted butter and sugar. Press into a 9x13-inch pan. Bake at 350 degrees for 10 to 12 minutes. Let cool.

For the filling, use an electric mixer to cream the cream cheese, powdered sugar and vanilla. Fold in whipped topping with a spoon until well combined. Spread over cooled crust.

For the topping, combine strawberries and glaze and spread over the top of filling. Refrigerate.

Note: This recipe contains no eggs. Also, in the topping, you can substitute a can of blueberry pie filling for the strawberries and glaze.

In a large glass trifle bowl, place a layer of cookies, then a layer of pudding. Repeat layers until all ingredients are used. Sprinkle the top with some crumbled wafers. Refrigerate.

Bring water and salt to a boil. Gradually whisk in grits. Bring back to a boil, then reduce heat. Let simmer 5 to 10 minutes, stirring often. Stir in cheeses, cream and butter.

Place vegetables in a 1-gallon ziptop bag and pour in enough olive oil to coat them. Spread on a cookie sheet sprayed with cooking spray. Sprinkle with desired seasoning.

Bake at 400 degrees for 20 to 30 minutes, depending on the vegetables being used. Run them under the broiler at the end if you want them crispy. Remove from oven and drizzle with butter-infused olive oil.

*Note: Any types of vegetables can be used, such as sweet potatoes, asparagus spears, green beans, Brussels sprouts, broccoli, cauliflower, okra or carrots.

**Note: J. Olive is an olive oil/vinegar store. There’s one in Oxford or you can order online.

In a Dutch oven, brown the meatballs (don’t cook all the way). Remove meatballs to a plate. In the same pan, cook the deer meat with onions. Add minced garlic toward the end. Add tomatoes, spices and browned meatballs. Simmer on low for 30 minutes or more. Serve over cooked noodles.

Combine spices. Rub the fish fillets all over with olive oil, then rub them with spice mixture. Place fillets on a greased wire rack set over a cookie sheet. Bake at 400 degrees for 20 minutes.

In a 1-gallon ziptop bag, combine deer meat, chorizo, Dale’s and cheese. Mash together until well-combined. Form into 4 patties. Sprinkle with seasoned salt. Grill to desired doneness or bake in oven at 375 degrees for 35 to 40 minutes.