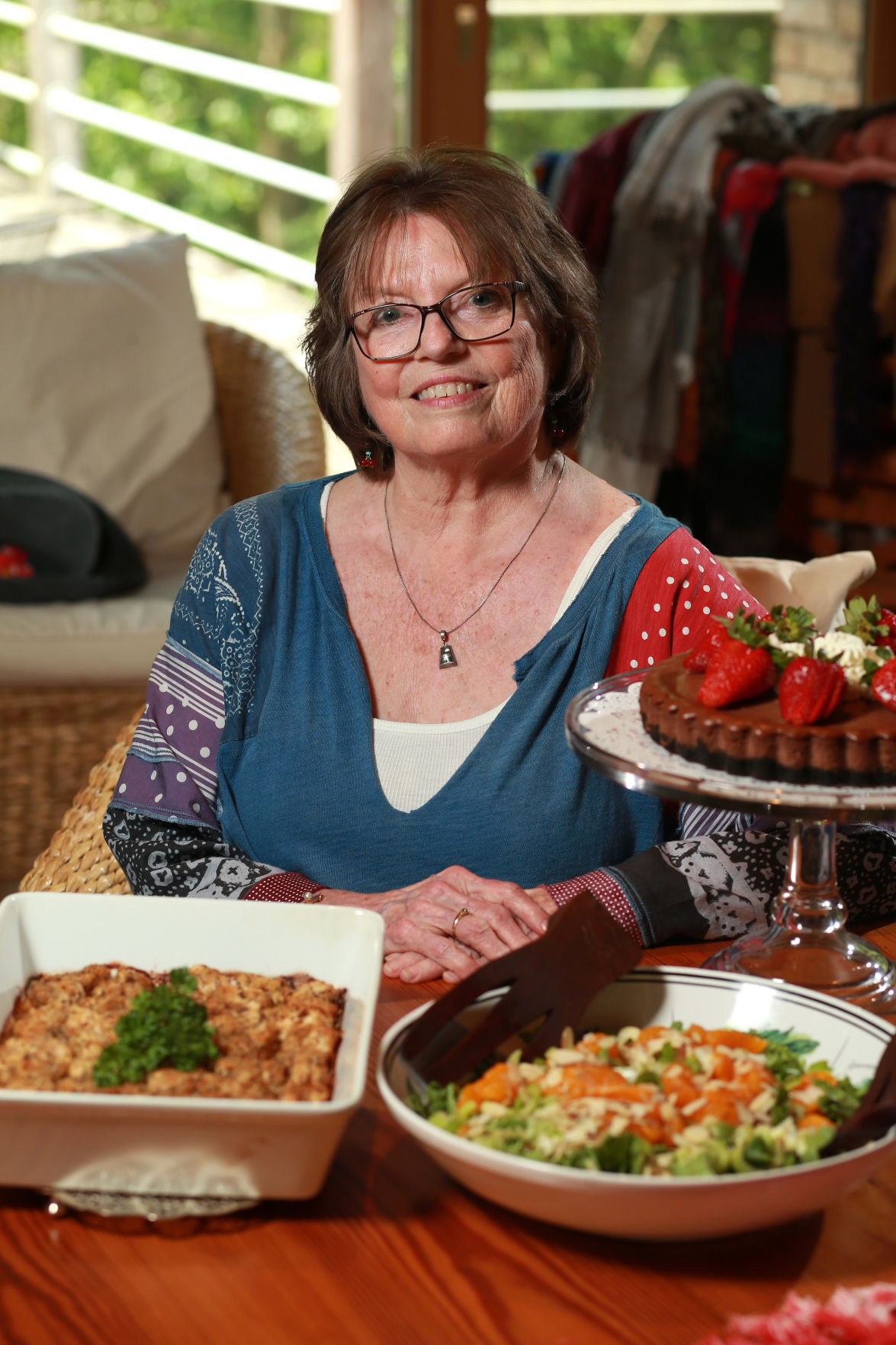 Margaret Anne Sample Robbins is all about color when it come to food presentation. See her recipes, Page 9A. 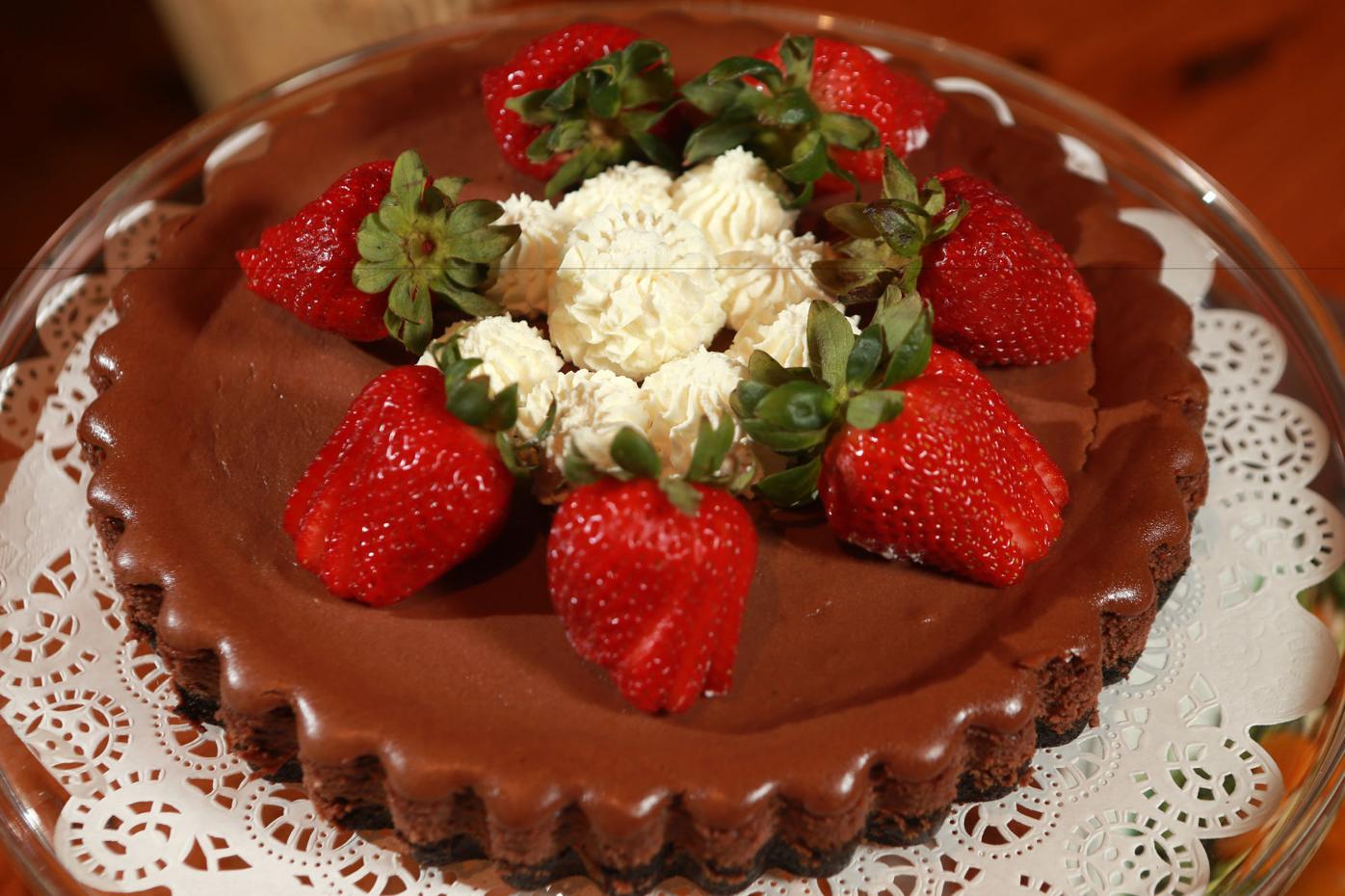 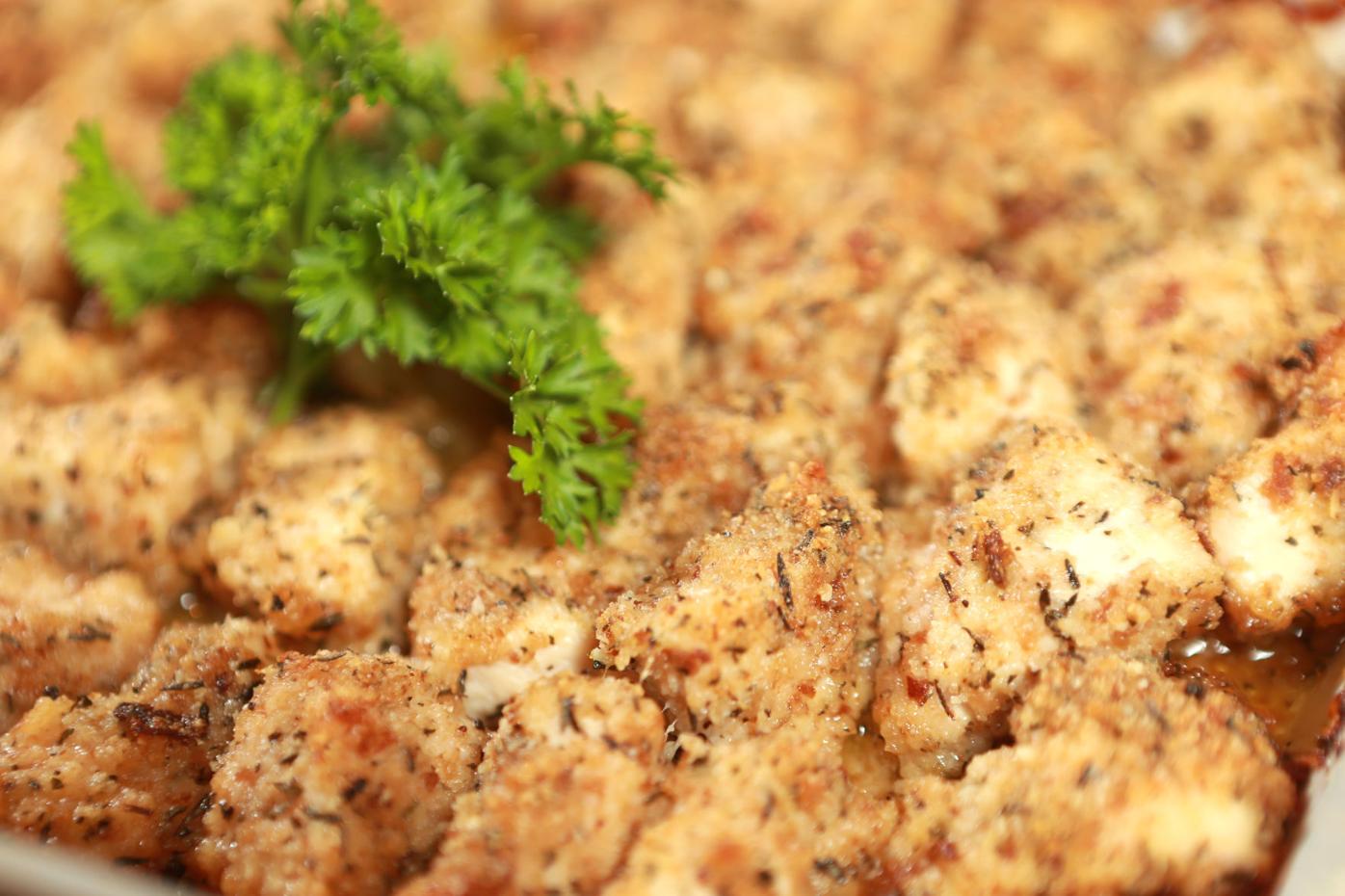 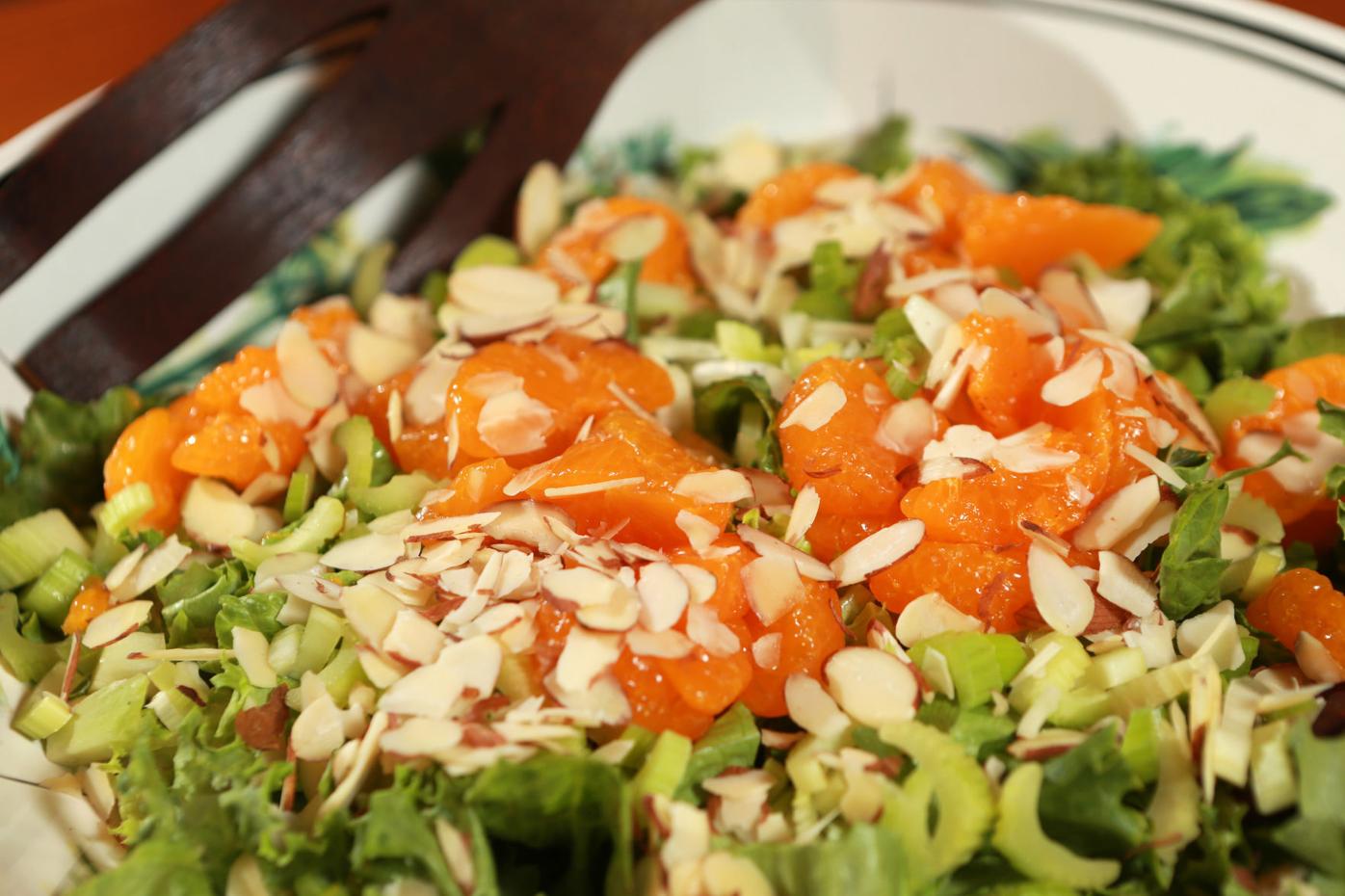 Margaret Anne Sample Robbins is all about color when it come to food presentation. See her recipes, Page 9A.

PONTOTOC • Margaret Anne Sample Robbins says she gets tired of making the same old thing every night, so she often turns to the internet for recipes.

After she was contacted about being featured as a cook in the Daily Journal, she found a recipe online for an Italian egg drop soup.

“It sounded very simple, so I gave it a try,” Robbins said. “It was horrible looking, but we ate it. I threw the recipe in the trash can. We laughed and said, ‘Cook of the Week has epic failure.’”

Robbins, 73, was raised in Verona and attended school in Tupelo. She went to college at Millsaps and then lived in Cleveland for about 25 years. That’s where her two children grew up.

“The most fun job I ever had was when I lived in Cleveland,” she said. “I owned a bookstore there for about 10 years called Cotton Row Bookstore. It’s still there.”

She moved back to Northeast Missisippi, to a home in Pontotoc County, in 2008 after she and a childhood friend married.

“Jimmy and I knew each other growing up,” Robbins said. “He was my first friend. We’d played together since we were 3. We got together through a class reunion in 2007 and married the next year.”

One of the things the Robbinses have in common is a love of good food.

“I don’t particularly love to cook, but I love to eat,” she said. “And I love to eat good food. Jimmy loves to cook. I’ve gotten accustomed to sitting at the kitchen counter and watching him cook.”

During the week, the couple has simple meals, like baked catfish, meatloaf or pork chops, and she’s a big fan of leftovers.

She’ll take leftover pork chops and repurpose them into pork fried rice. Leftover steak becomes steak and eggs for supper the next night. Pot roast leftovers are used as a base for vegetable soup.

“We have two terms for leftovers here: ‘balance brought forward’ and ‘free meals,’” she said. “We don’t throw anything away.”

Robbins had rather make party foods than meals, and sometimes she makes meals out of party foods.

“I’m just drawn to party foods – I like to do big trays of them – and I enjoy a pretty presentation,” she said. “I love color. You don’t want a beige plate. We don’t have beige plates here.”

Robbins is the executive secretary for the Mississippi Institute of Arts and Letters. Right now, she and other board members are getting ready for this year’s banquet.

“We didn’t get to have a banquet in 2020 because of COVID, so we’re gearing up for one in Pass Christian on June 12,” she said. “I think we’ll have a good turnout.”

Simmer hen in water to cover until done. When hen is cool, skin, bone and chop meat. Reserve broth. In large skillet, heat oil over low heat. Add rice and stir until it begins to color. Add onions and garlic and sauté until tender. Add tomato, pepper, cumin, salt and 3 cups reserved broth, along with the chopped chicken. Bring to a boil, lower to simmer and cover and cook about 25 minutes, or until rice is tender and liquid is absorbed.

Cut chicken into 1 1/2-inch pieces. Combine bread crumbs, cheese, salt, thyme and basil. Mix well. Dip chicken pieces in melted butter and coat with bread crumb mixture. Place on a greased baking sheet or in a single layer in a 9x13-inch Pyrex dish. Bake at 400 degrees for 20 minutes or until done.

For the filling, melt chocolate morsels over hot water in top of a double boiler. Set aside.

4 broiler halves (or pieces like breasts and thigh leg quarters)

Melt butter in small saucepan. Add lemon juice, garlic salt, paprika and oregano. Place chicken in a pan. Sprinkle chicken with salt and pepper, and pour marinade over chicken. Cover. Marinate 3 to 4 hours in refrigerator, turning occasionally. Place chicken, skin side up, on a grill grate set 3 to 6 inches from charcoal. Brush generously with marinade. Cook and baste with marinade while cooking until chicken is done.

Note: This chicken tastes better cooked over a charcoal fire rather than a gas grill.

Make tiny meatballs (about the size of a marble) with ground beef, bread crumbs, 1 egg, and salt and pepper. Bake the meatballs at 350 degrees until done.

Cut up greens in bite-sized pieces and add to broth. Add chicken and cooked meatballs and bring to a boil.

At the last minute, stir the remaining 3 eggs into the boiling broth. They will cook immediately. Stir and remove from heat. Add cheese onto top of each serving. This feeds a crowd.

For the dressing, combine oil, sugar, vinegar, salt and almond extract in a small jar. Shake to incorporate. Set aside.

In a large salad bowl, combine greens, oranges, celery, onions and almonds. Drizzle desired amount of dressing over all.

Note: For a Feta-Pear Salad, use the same salad dressing, minus the almond extract. Use sliced fresh pears instead of oranges. Sprinkle with walnuts instead of almonds.

Grease a mini loaf pan or mold. Line with plastic wrap, making it smooth and allowing edges to extend slightly over edges of pan.

Note: You don’t have to use a mold. This works fine on a shallow plate or bowl.

In a saucepan, bring rice, salt and water to a boil. Reduce heat to low, cover and cook for 50 minutes. Do not stir. Do not uncover.

Remove from stove and let sit, covered for 10 minutes. Then uncover, fluff up with a fork, and let cool to almost room temperature.

In a medium-sized serving bowl, mix the rice with the dried cranberries, pecans and green onions.

In a jar, mix the lemon juice, olive oil, orange zest, and salt and pepper to taste. Shake to combine.

Just before serving, mix dressing in with the rice mixture. Serve warm, chilled, or at room temperature. Serves 4 to 6.

With the long Memorial Day weekend, we had a lot of time to prepare tasty dishes on the grill.

COOK OF THE WEEK: Food is retired teacher's 'love language'

TUPELO – Sherry McKenzie grew up helping her mother in the kitchen, but she never actually learned to cook.

TUPELO – Ritha McLaughlin and her husband, Bob, moved to Tupelo from Columbus, Ohio, in October 2019 for his job with General Atomics.

COOK OF THE WEEK: Baldwyn woman cooks for crowd on Sundays

BALDWYN • When Teresa Gholston’s boys were teenagers, she never knew how many she might be feeding at her home in the Pratts community.

TUPELO • Daintry Richmond Thomas grew up in Water Valley, but when she was 12, her family moved to Oxford.