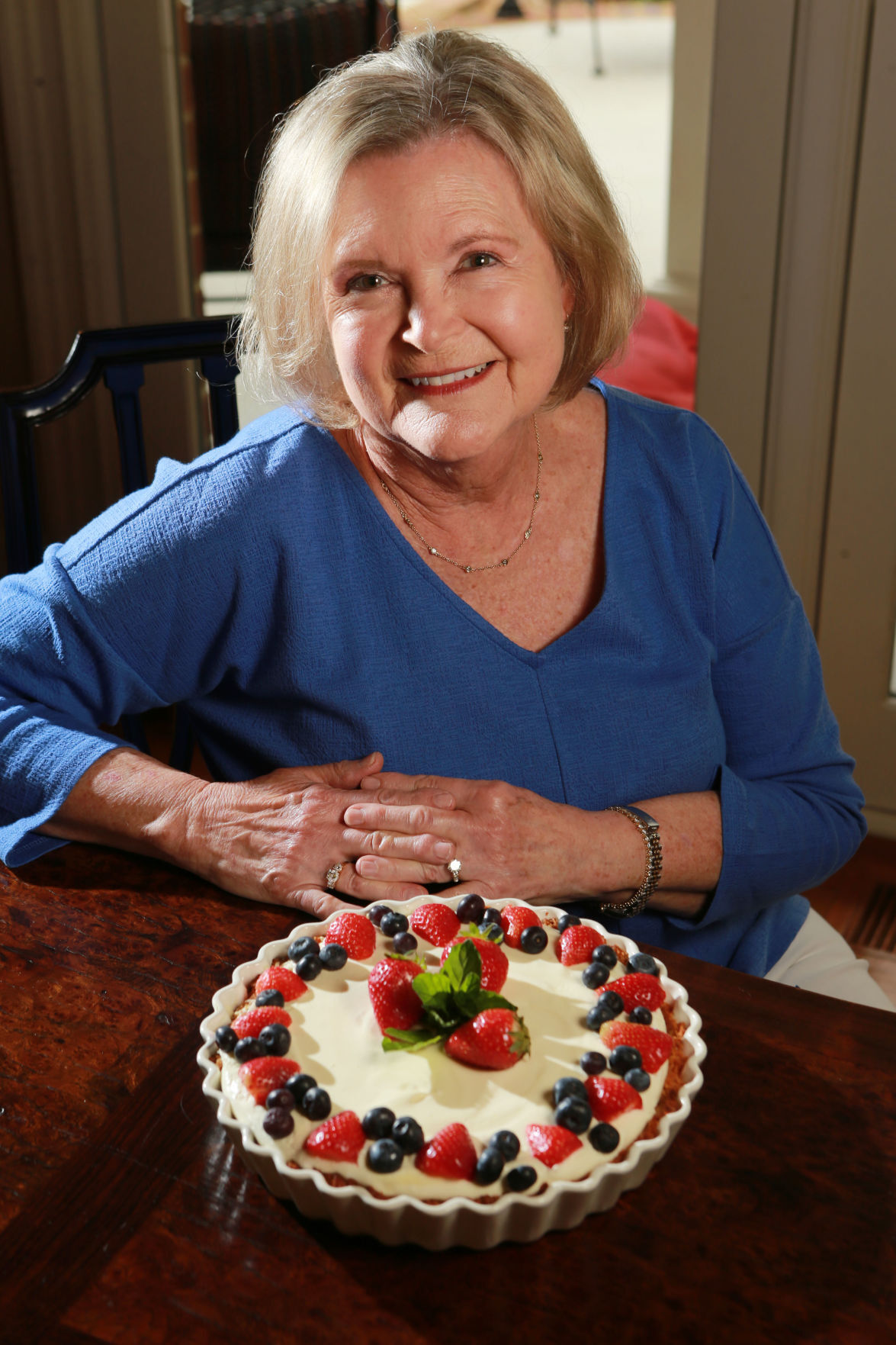 Martha Dale of Tupelo likes to prepare her Cheese Cake Pies in the spring. See her recipes, Page 11A. 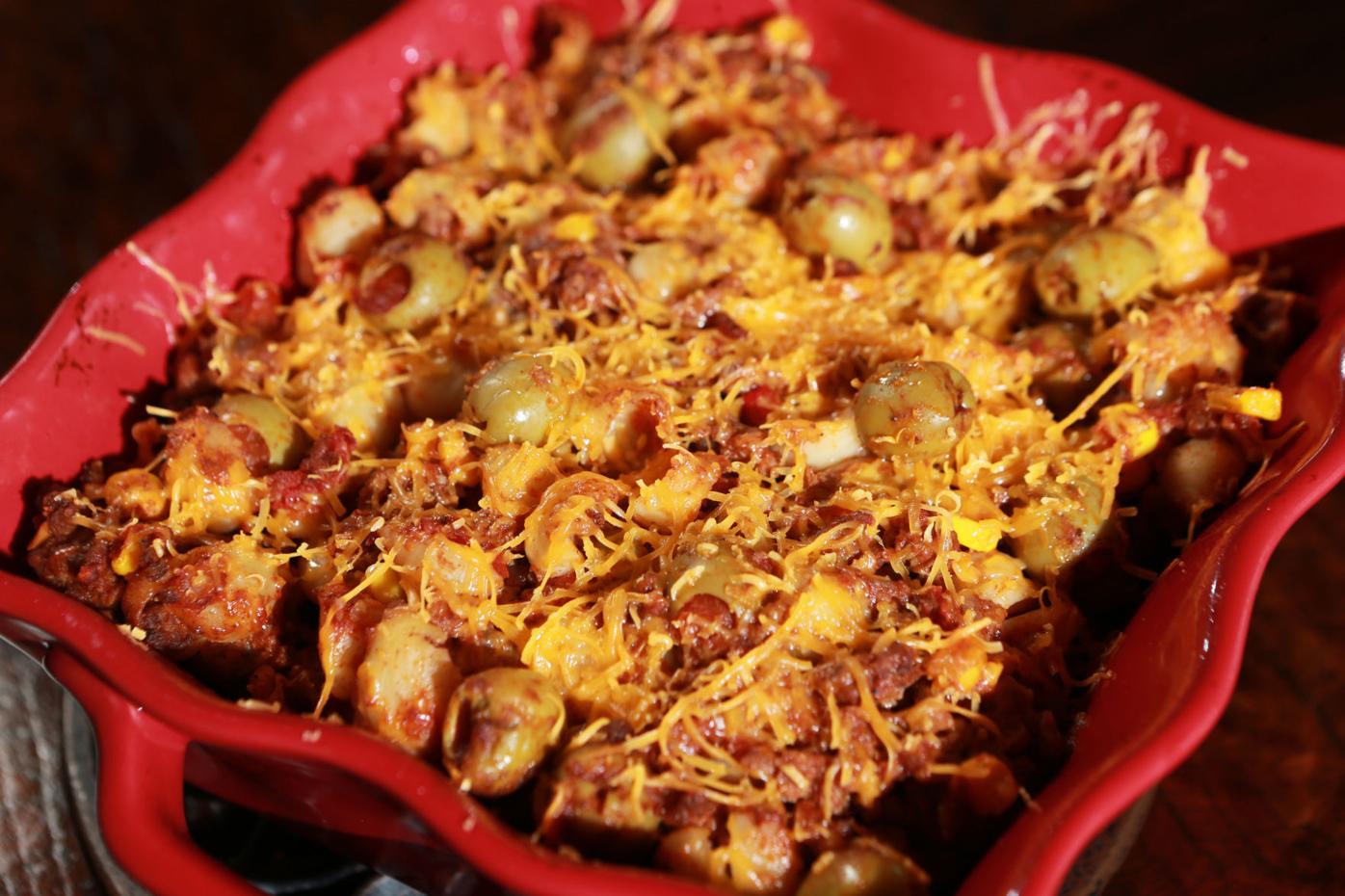 Martha Dale of Tupelo likes to prepare her Cheese Cake Pies in the spring. See her recipes, Page 11A.

TUPELO • Martha Dale has always enjoyed cooking, but these days you’ll find her in the kitchen whipping up something just about every day.

“I love to cook,” Dale said. “I guess it’s a creative thing and relaxing. What’s not relaxing is people in my kitchen talking and getting in my way while I’m trying to cook.”

Dale, 72, is a native of Tupelo, the oldest of two girls born to Margaret and Stewart Clayton. She was in the second class at Joyner Elementary, then went on to Milam before graduating from Tupelo High School in 1966.

She and her husband, Bobby, dated in high school and then off and on in college before marrying in 1969.

“I worked at the Methodist Children’s Home in Jackson while Bobby was in medical school,” Dale said. “He still makes fun of some of my newlywed meals. We didn’t have any money back then. There were two other couples in the same boat, and at the end of the month, we’d pool what we had, whether it went together or not.”

Dale learned some of her culinary skills from her mother.

“She was a wonderful cook and way ahead of her time,” Dale said. “She liked complicated, involved recipes. She liked to present things that were very pretty – and also very good.”

The Dales, who have been married 51 years, have two children and two grandchildren. They also have five rescue animals – dogs Chrissy, ChiChi, Winkie and Roscoe, and Tres the cat.

“Before COVID, we entertained all the time,” Dale said. “We’d have company at least two weekends a month. The guest room was always occupied, and Roscoe sleeps with whoever the guest is. That’s the deal here.”

If she’s entertaining, Dale might prepare a marinated grilled pork tenderloin and a wild rice casserole; a salad with romaine, mandarin oranges and almonds; sourdough bread; and brownies with ice cream or cheese cake pies for dessert.

“If it’s just Bobby and me, I’ll gamble on a meal, but with company, I do tried and true,” she said “Most of my recipes are old – I’ve used them for years. I have my mother’s old ‘Southern Sideboards’ cookbook with all her handwritten notes in it. I just love it.”

Dale volunteers at the Tupelo-Lee Humane Society, and she’s a member of the Tupelo Garden Club. When she and Bobby moved back to Tupelo from Ohio in 1999, she was asked to join a group of childhood friends in The Luncheon Club.

“When they invited me to join them, I was just thrilled,” she said.

1 can artichoke hearts, drained and chopped

Cook the chicken in a pot of water with some celery, onion and salt and pepper. When done, let chicken sit in broth for about 30 minutes. Remove chicken; reserve broth.

Shred chicken or cut in small pieces. Strain reserved broth and cook the pasta in it according to package directions. Drain.

To serve, combine chicken, pasta, tomatoes, artichoke hearts and green onions. Pour dressing over and refrigerate. This dish is better the day after being made. Will keep well 4 to 5 days in refrigerator.

Dissolve gelatin in boiling water. Cool, but do not let set (you can refrigerate for 15 to 20 minutes to expedite cooling). Beat cream cheese with a mixer, gradually adding sugar and vanilla.

In a chilled bowl, beat whipping cream until soft peaks form. When gelatin is cooled and slightly thickened, mix it with the cream cheese mixture until smooth. Fold in whipped cream. Divide mixture between 2 pie shells. Refrigerate several hours or overnight. Top with fresh berries. Serves 12.

Cook pasta according to package directions. While pasta is cooking, brown the beef in a large pot, then drain. Return meat to pan and add onions, peppers, chili powder, Ro-tel, tomato sauce, tomato paste, corn, olives and garlic. Stir to combine and cook about 10 minutes.

Drain pasta and add to meat mixture. Spoon into a greased casserole and top with cheese. Bake at 350 degrees for 30 to 45 minutes.

In a large pan, combine 2 quarts water, sugar and cinnamon. Boil for about 2 minutes. Let cool for about 1 hour.

In another pan, bring 1 quart of water to a boil and add tea bags. Steep for about 15 minutes, then let cool. Remove tea bags and add another quart of water.

Combine butter, sour cream, buttermilk, water and eggs. Add cornmeal and stir until mixture is well-blended and moist. Pour into a greased 8-inch square or round baking pan. Bake at 400 degrees for 35 to 40 minutes or until golden brown.

Slice tomatoes and place in a gallon zip-top bag. In a bowl, combine onions, salt, pepper, parsley, basil, oil and vinegar. Pour marinade over tomatoes. Seal bag and refrigerate several hours, rotating the ingredients in the bag several times to make sure tomatoes are covered in marinade.

To serve, arrange several lettuce leaves on a plate and top with several tomato slices. Sprinkle with grated cheese.

Using a heavy-duty stand mixer, cream softened butter, sugar, vanilla and eggs (added one at a time) for 3 minutes.

After thick batter is well-mixed, fold in chocolate chips and pecans, if using. Spread batter into a greased and floured 15x11-inch cake pan. Bake at 325 degrees for 35 to 40 minutes. Makes 35 to 40 brownies.

Combine all ingredients. Marinate choice of meat in refrigerator for 24 hours, making sure meat is completely covered. If marinade is drained immediately, it may be frozen and used one more time.

COOK OF THE WEEK: Retired teacher finds herself in kitchen more

WALNUT – Mary Jane Jackson has always spent a good deal of time in the kitchen, but the COVI…

COOK OF THE WEEK: Retired Extension worker still loves to dabble in kitchen

SALTILLO • When Sheryl Blackburn was in the ninth grade in Greenville, her mother decided sh…

COOK OF THE WEEK: Corinth native enjoys being weekend griller

CORINTH – Bobby Burns and his wife, Christy, stay mighty busy during the week. He's the purchasing clerk for Alcorn County, and she's the tour…