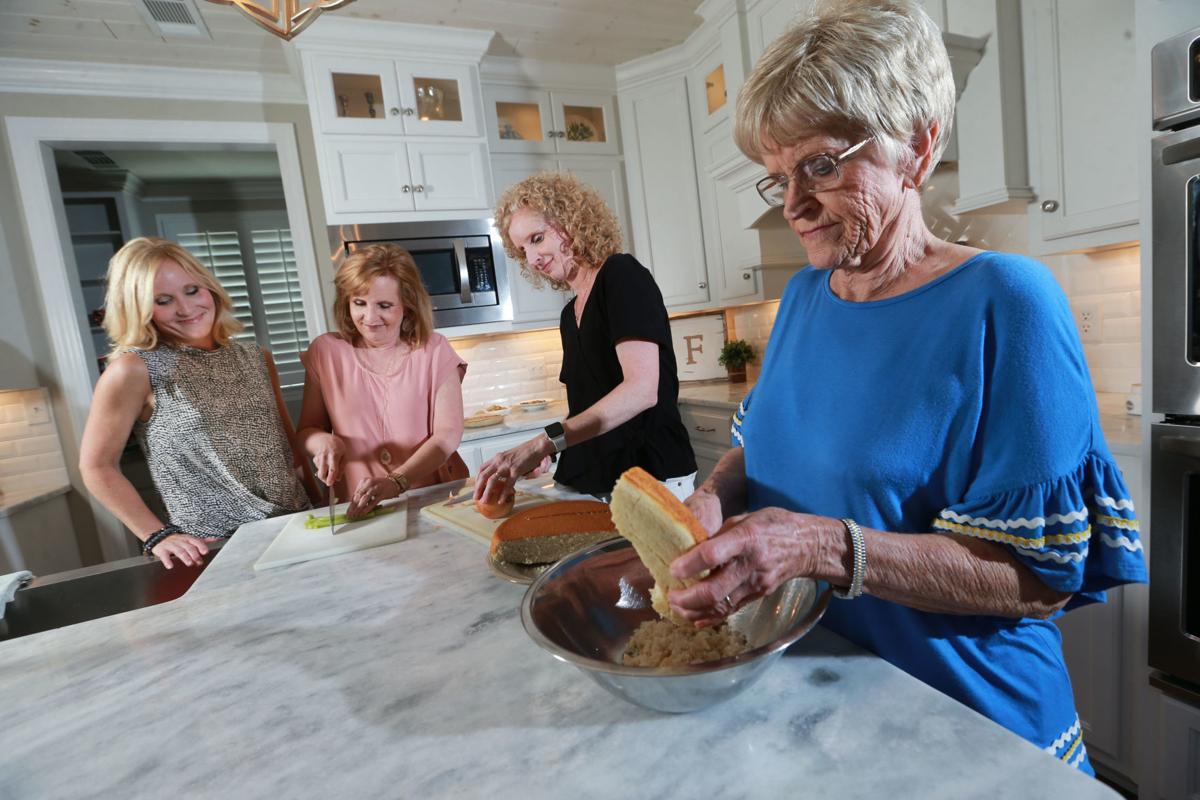 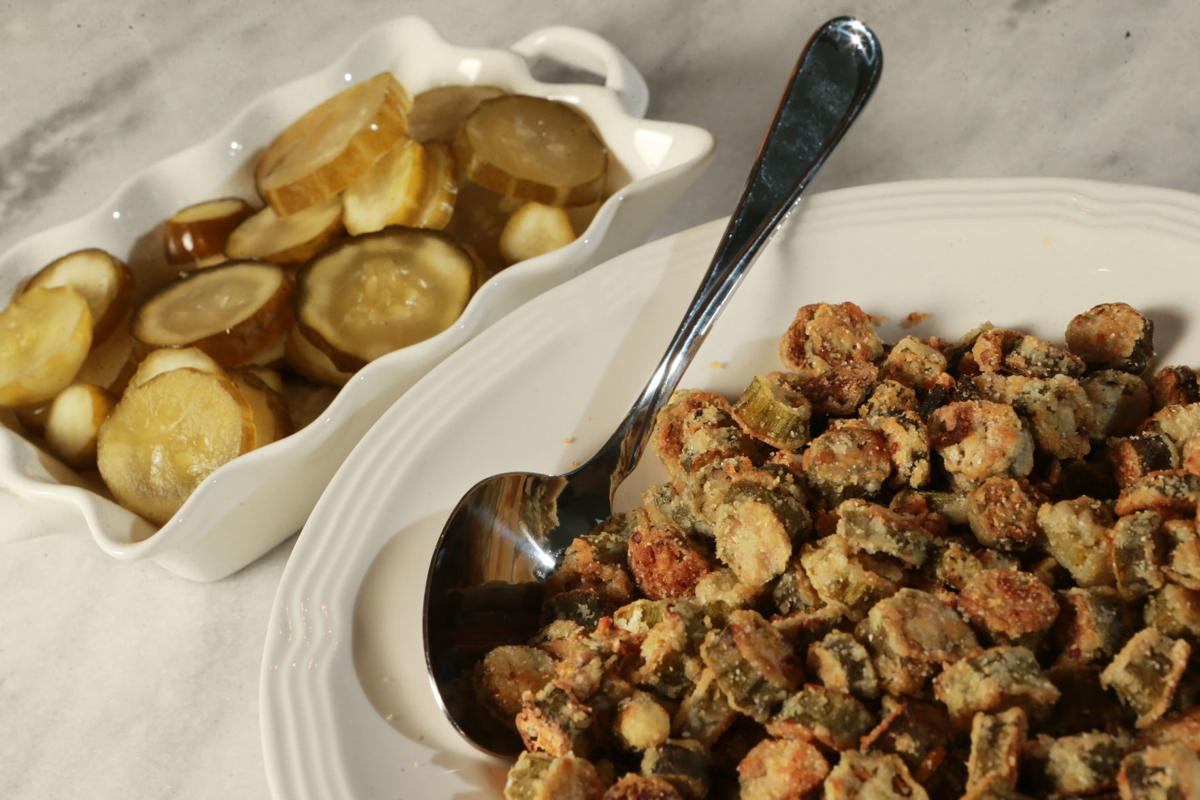 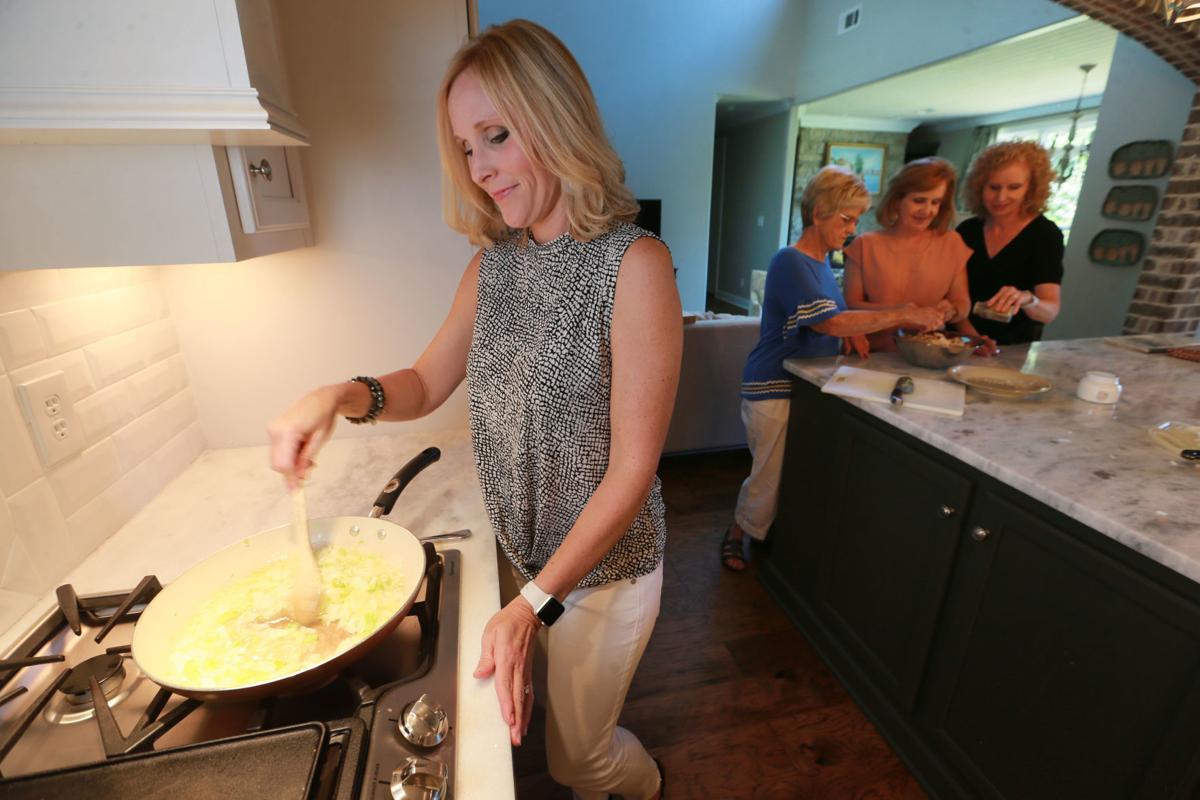 Christy Flynn, left, sautees chopped onions while her mother, Ann Leeper, and sisters Suzan Roye and Sandy Waters, work on the rest of the chicken and dressing. 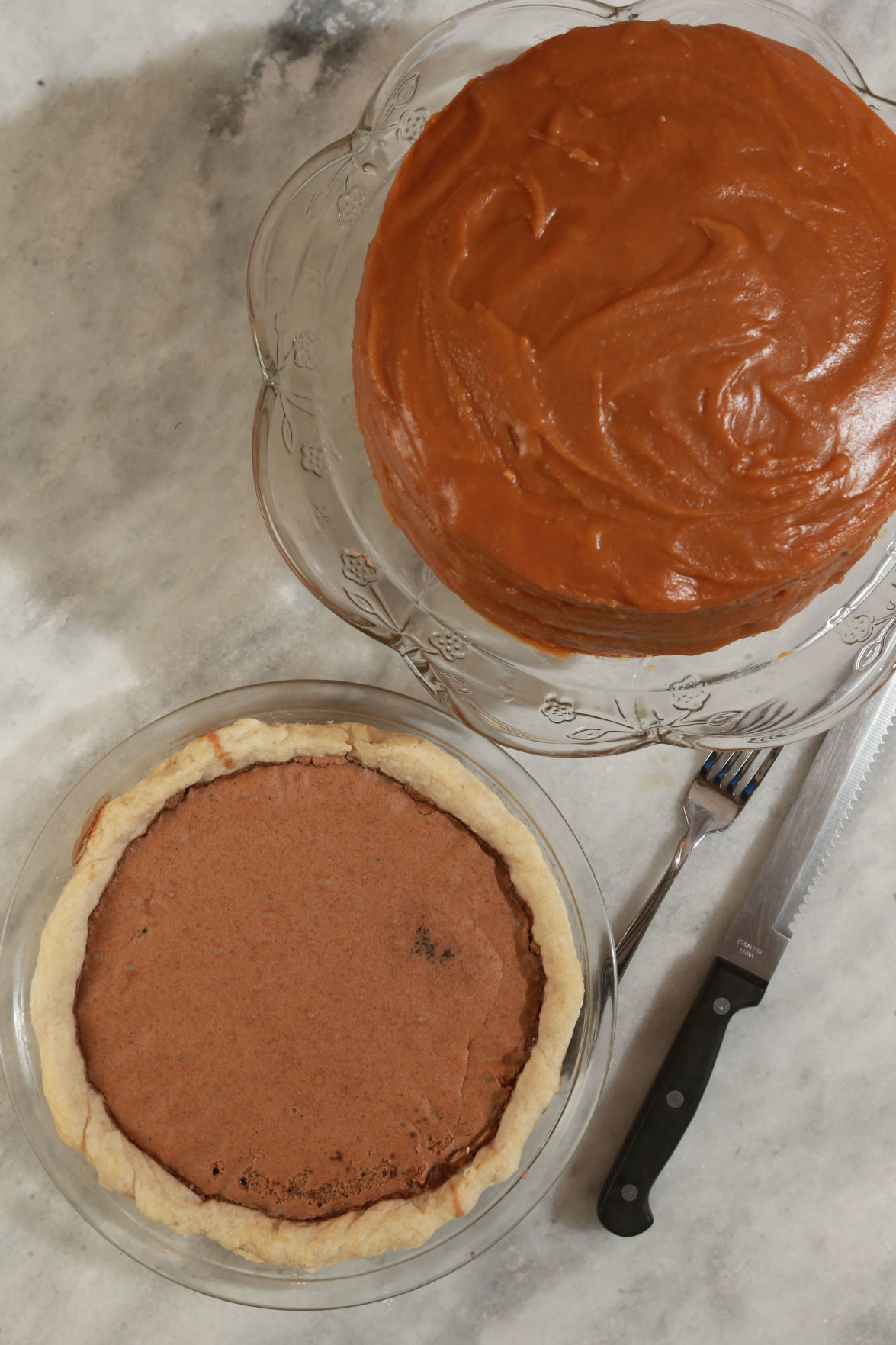 Christy Flynn, left, sautees chopped onions while her mother, Ann Leeper, and sisters Suzan Roye and Sandy Waters, work on the rest of the chicken and dressing.

TUPELO • When Ann Leeper’s three daughters were growing up, she always welcomed them into her kitchen, where she taught them the basics.

Sandy Waters, 51, a nurse anesthetist, started out with cornbread, made thin like their daddy, Ray, likes it.

And Christy Flynn, 44, a physical therapist, remembers making chocolate chip cookies, only she used both self-rising flour and baking powder and came out with a mess.

“I taught them the things I learned from my mother and my mother-in-law,” said Ann, 77. “The first thing I mastered when I was growing up was cornbread, because it was my job to make the cornbread every night.”

All three girls inherited a love of desserts from their mother, who always had something sweet in the house, whether it was cookies, egg custard, tea cakes or a cobbler.

“You’re not going to come to one of our houses and find a store-bought dessert,” Sandy said. “Even the crusts are homemade.”

“I sold 75 of them over a period of time for a baseball team fundraiser,” she said.

“If we have a get-together, she’s gonna make that fudge pie,” Sandy said. “She has to make at least two.”

In 1999, Christy put together a family cookbook called “Leeper Family Favorites.” In it, she included all the recipes the girls grew up with, like one grandmother’s chicken and dressing and another grandmother’s caramel cake, as well as meatloaf, spaghetti sauce, chicken tetrazzini and Crock-Pot chili.

“Before that, if we got to where we wanted to cook something, we’d have to call Mama,” Christy said. “We still call her today.”

A favorite story the girls like to tell is about a trip the whole family – including spouses and children – took to Breckenridge, Colorado, in 2007, for Christmas.

“We all flew, but Mama and Daddy drove,” Suzan said. “For weeks before they left, she cooked and froze food so that we had Christmas in Colorado with stuff from home. We’d come in from skiing and have homemade soups, chili and spaghetti.”

“I made everything ahead of time, even breakfast,” Ann said. “I took frozen biscuits and had cooked sausage until it was almost done.”

“Mama made everything ahead,” Sandy said. “She made the dressing ahead, the sweet potato casserole, all the cakes. She said that keeps you from stressing.”

Christmas in Colorado was so popular, the family did the same trip two more times, in 2010 and 2013, with Ann and Ray hauling the food every year. And whether Christmas is in Colorado or in Pontotoc County, where the Leepers live and the girls grew up, Ann is going to do all the cooking.

“I do everything for Christmas,” she said. “Other holidays I ask them to bring things, but not at Christmas.”

“We don’t branch out a lot at holidays,” Christy said. “Everybody wants the same stuff.”

“We have so many desserts at Christmas you can’t try them all,” Sandy said. “Mama makes strawberry cake, caramel cake, coconut cake, pecan pie, chocolate cake, peanut brittle and I don’t know what else.”

“And Suzan brings the fudge pie,” Christy said. “But we don’t eat like that every day. We don’t eat sweets and breads like we used to. Now, they’re a treat.”

3/4 cup evaporated milk or half and half

Caramelize 1/2 cup sugar in a 10-inch iron skillet over medium heat. Don’t stir, just shake the pan, and use a toothpick to break up lumps in the sugar.

In a saucepan, bring milk, remaining 2 cups sugar and butter to a boil. When sugar in skillet is golden brown, add the milk mixture to the iron skillet, stirring constantly. Boil it to the soft ball stage. Remove from heat, add vanilla and cool in the skillet, stirring every few minutes until spreading consistency. If icing gets too hard, thin it with a little milk. This makes enough to ice a two-layer yellow cake.

Boil chicken until tender. Remove chicken from pot and when cool enough to handle, debone. Set chicken aside and reserve the broth.

In a large bowl, crumble the cornbread and the white bread. In a skillet, saute onion and celery in butter until tender. Add onion mixture to cornbread mixture along with eggs, salt and pepper and poultry seasoning. Add enough reserved broth to make the mixture wet – almost soupy. Shred the chicken and add it to mixture. Pour into a greased casserole and bake at 400 degrees until firm, about 1 hour (it shouldn’t jiggle in the middle).

For the pie crust, mix flour and salt. Cut in shortening with a fork or pastry blender. Add ice water gradually to make a stiff dough. Form into a ball. Place in refrigerator to rest for 30 minutes. Roll out onto a floured surface. Place in a pie pan and flute the edges.

For the filling, mix sugar and flour together. Melt butter and chocolate in the microwave for about 1 minute or until melted. Add to dry mixture. Add beaten eggs, vanilla and nuts, if using, and mix well. Pour into unbaked pie crust and bake at 350 degrees for 25 to 30 minutes (less time for a gooey pie, longer for more firm). Top with Cool Whip or ice cream.

In a large bowl, combine chopped chicken, cream cheese, onion and green chilies. Add 1 tablespoon taco seasoning and mix well. Divide mixture among tortillas. Roll them up and place in a 9x13-inch pan.

Combine sour cream, soup and remaining 1 tablespoon taco seasoning and pour over rolled enchiladas. Top with Ro-tel tomatoes and sprinkle with cheese. Bake at 350 degrees for 35 minutes or until bubbly.

3 to 4 potatoes, peeled and cubed

In a large pot or Dutch oven, brown meat with onion. Add remaining ingredients and simmer until meat is tender. Serve with cornbread.

For a handful, wash and slice okra. While okra is still wet, lightly coat with flour, then with corn meal. Season with salt. Spray a 9x13-inch pan with cooking spray and place in a 425-degree oven until pan is hot. Remove pan from oven and place battered okra on it. Do not overcrowd. Cook okra until crispy, stirring every 5 to 10 minutes. Serve hot.

For a large batch, slice okra and salt to taste. Cover with a mixture of flour and corn meal. Heat a small amount of olive or vegetable oil (1/4 cup or less) in a pan in a 425-degree oven. Add okra. Stir several times as okra cooks. Bake until brown or until okra reaches desired doneness. Do not overcrowd pan.

1/4 cup alum plus water to cover

Slice cucumbers and place in a gallon-sized glass jar. Boil canning salt in 2 quarts of water. Pour over sliced cucumbers and soak 1 week.

Place cucumbers in a gallon-sized jar by layers: cucumbers, sugar and pickling spices. More sugar may be added later if needed to make enough syrup to cover. Leave in jar until ready to eat.

To assemble, spread 1/3 of sauce in the bottom of a 9x13-inch baking dish. Layer 1/3 of each of the pasta, Swiss and Mozzarella cheeses. Repeat layers with remaining ingredients, ending with sauce layer. Bake at 350 degrees for 30 minutes. Cut into squares. Serves 12.