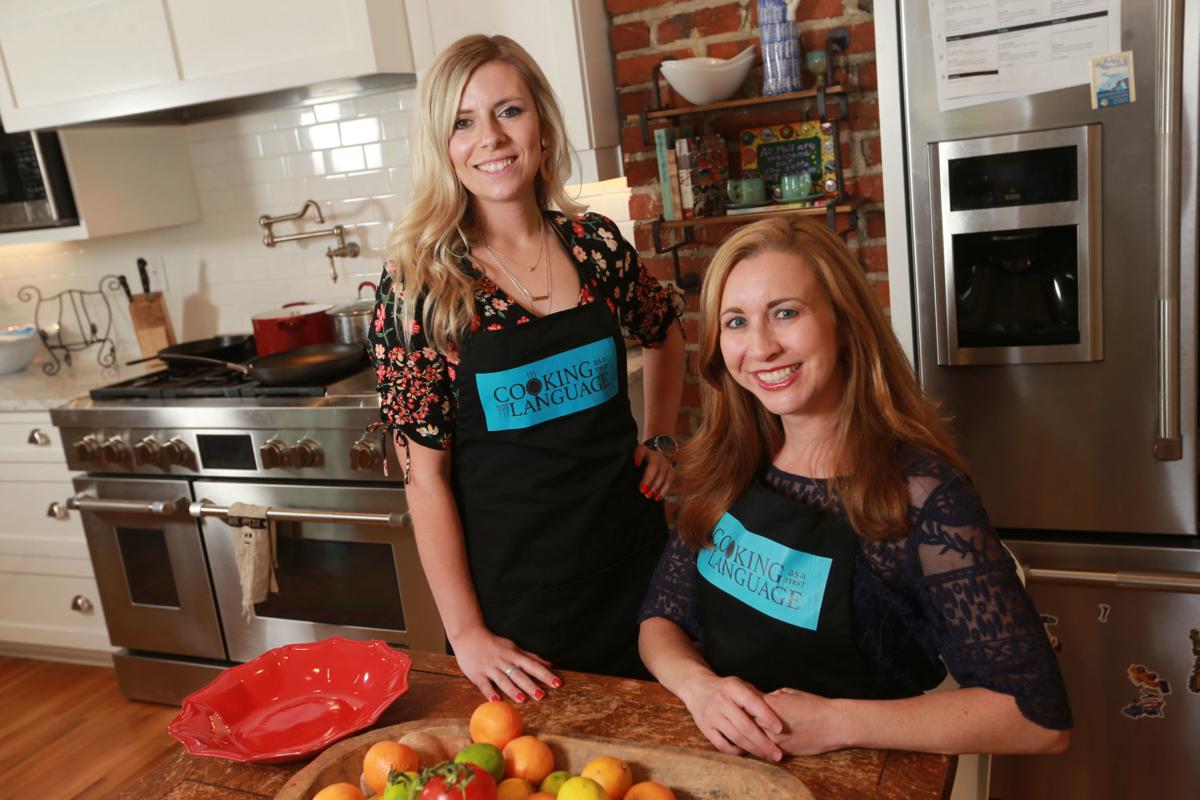 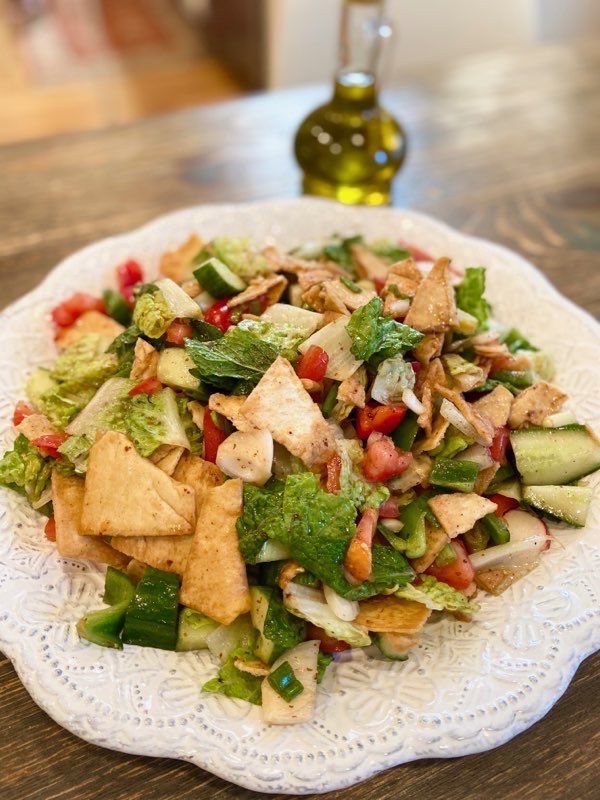 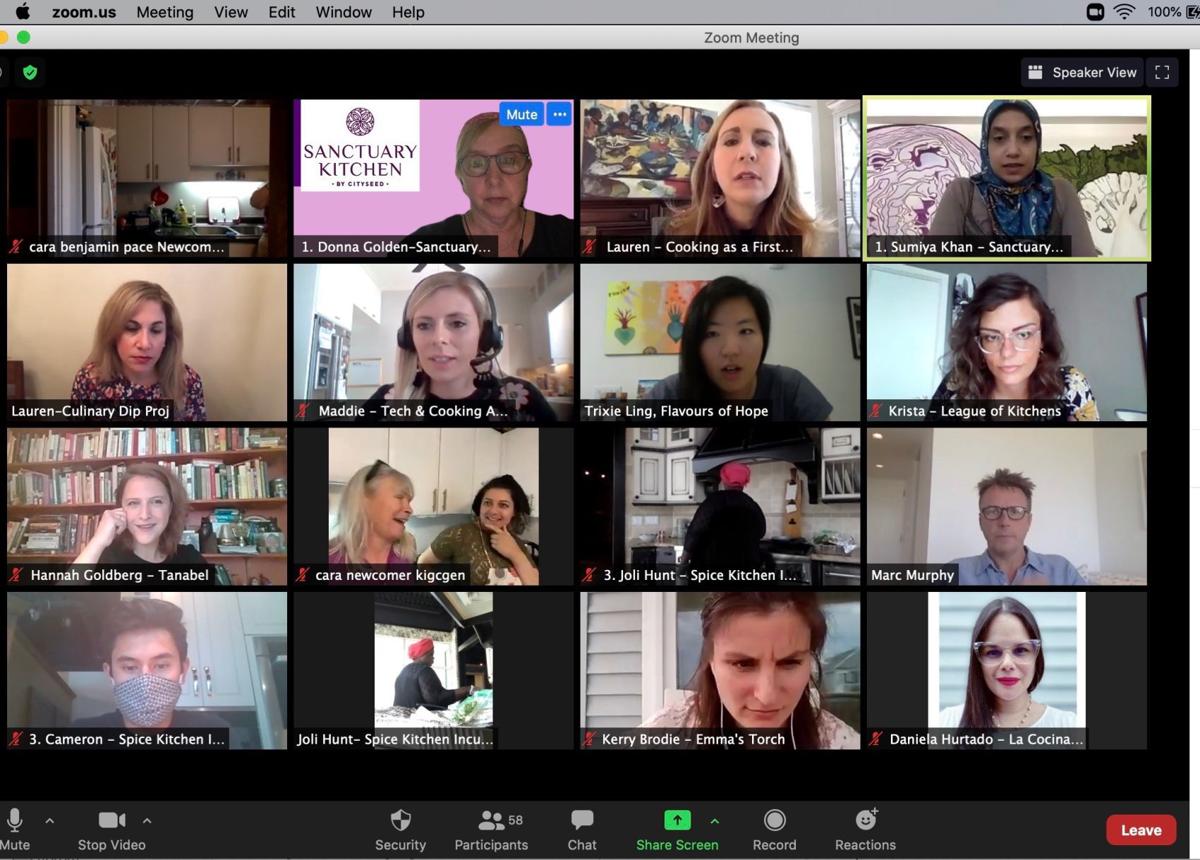 Different organizations participated in a Zoom conference Saturday for Cooking in Solidarity for World Refugee Day.

Different organizations participated in a Zoom conference Saturday for Cooking in Solidarity for World Refugee Day.

Tupelo • Back in February, Tupelo-based Cooking as a First Language was featured in an article in Smithsonian magazine about how cooking clubs in a growing number of cities are teaching U.S.-born residents to embrace their immigrant neighbors.

Lauren McElwain founded Cooking as a First Language in 2017, when she invited some Japanese ladies into her Tupelo home to cook a meal together and found out they didn’t speak English.

“I realized you don’t have to speak the same language or have the same background to communicate,” McElwain said. “The common language is food.”

Every month, McElwain offers a hands-on interactive cooking class, usually in her home, with someone in the community from a different culture preparing the food for a dozen or so participants.

After the Smithsonian article ran, the director of one of the other cooking clubs mentioned reached out to McElwain about a new endeavor – Cooking in Solidarity for World Refugee Day.

“They usually do a big festival on World Refugee Day but they couldn’t do it this year in person because of COVID-19,” McElwain said. “They decided to do it online, using Zoom.”

McElwain contacted one of her community chefs, Shereen Jeradeh, a native of Syria, about preparing a dish for the two-hour Zoom conference, which was held Saturday. Jeradeh and her husband, a neurologist at the North Mississippi Medical Center in Tupelo, have lived in the U.S. for nine years.

“Shereen does not identify as a refugee, but she was cooking in support of refugees and it was an opportunity for us to talk about Syria,” McElwain said. “She talked about her childhood family traditions and growing up there.”

“There were five different cooking demonstrations going on at one time,” said Maddie Ludt, McElwain’s co-director. “You could only watch one demo at a time, but you could leave one room and go into another if you wanted to.”

Ludt handled the Zoom part of the conference for the Tupelo group.

“The organizers had a rough idea of how they wanted the event to go,” Ludt said. “After introductions and food demos, there was a panel at the end with the refugee chefs and the directors of various organizations.”

The first question, which McElwain answered, was about how cooking and sharing food builds bridges between cultures and how food can be used to break down language and cultural barriers.

“I said that when we share a meal, we take down the barriers we have in place,” McElwain said. “All the hard stuff, all the hard conversations can follow.”

Ludt said she and McElwain have talked a lot lately about all the sickness and chaos going on today that affects everyone in the world.

“We don’t have a huge platform, but we want to use our voices,” Ludt said. “We want to have people have those hard conversations and what comes before conversation? Food. Food is the foundation. Everything else can follow.”

When the Zoom conference is available for public viewing, Cooking as a First Language will post it on its Facebook page and on Instagram @cookingasafirstlanguage, McElwain said.

“I think we will continue to honor World Refugee Day going forward,” she said. “This is just the first of a yearly collaboration with us.”

In a large salad bowl, combine tomatoes, cucumbers, lettuce, peppers, radishes, onions and mint leaves and toss. Add the salt, sumac, pomegranate molasses and olive oil and toss until everything is well-blended. Add cut-up pita bread and toss everything one more time. Serve as a salad or appetizer.