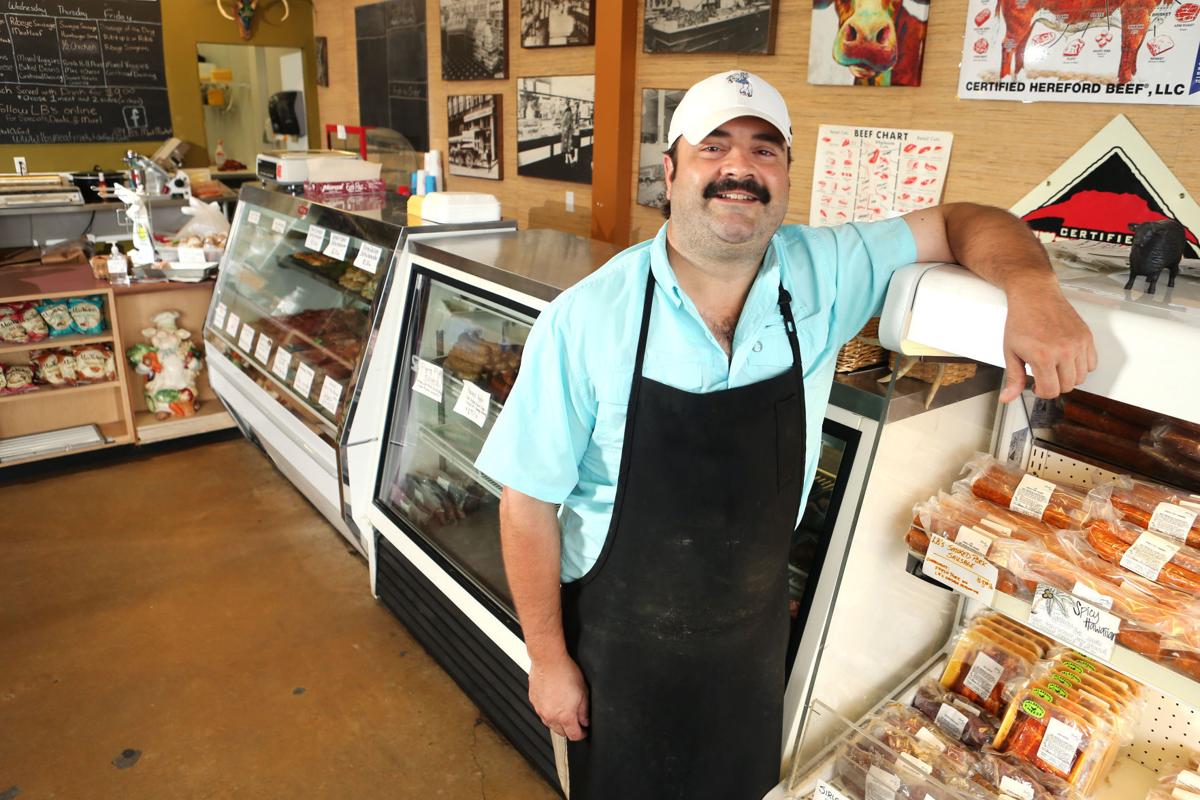 Greg Jones bought LB’s Meat Market in Oxford in 2014. The butcher shop sells high-end beef, pork, chicken and seafood, and is known for its smoked and fresh sausages. 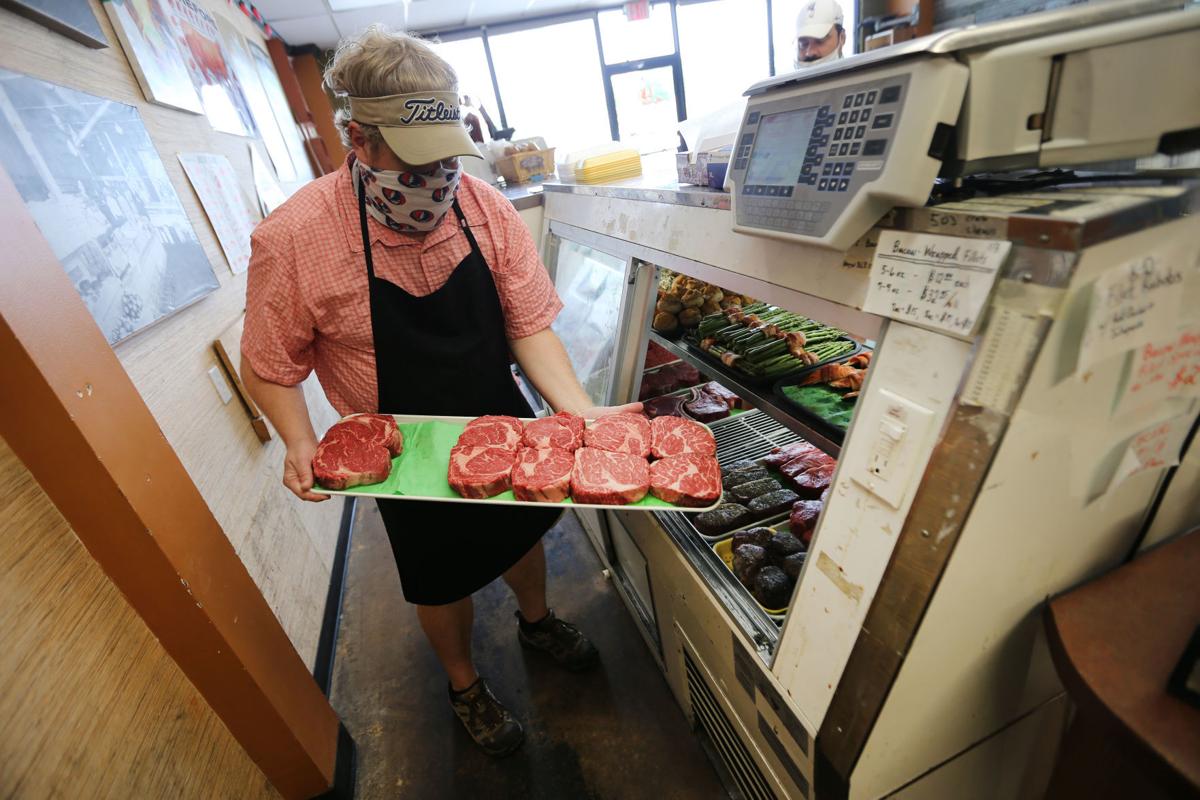 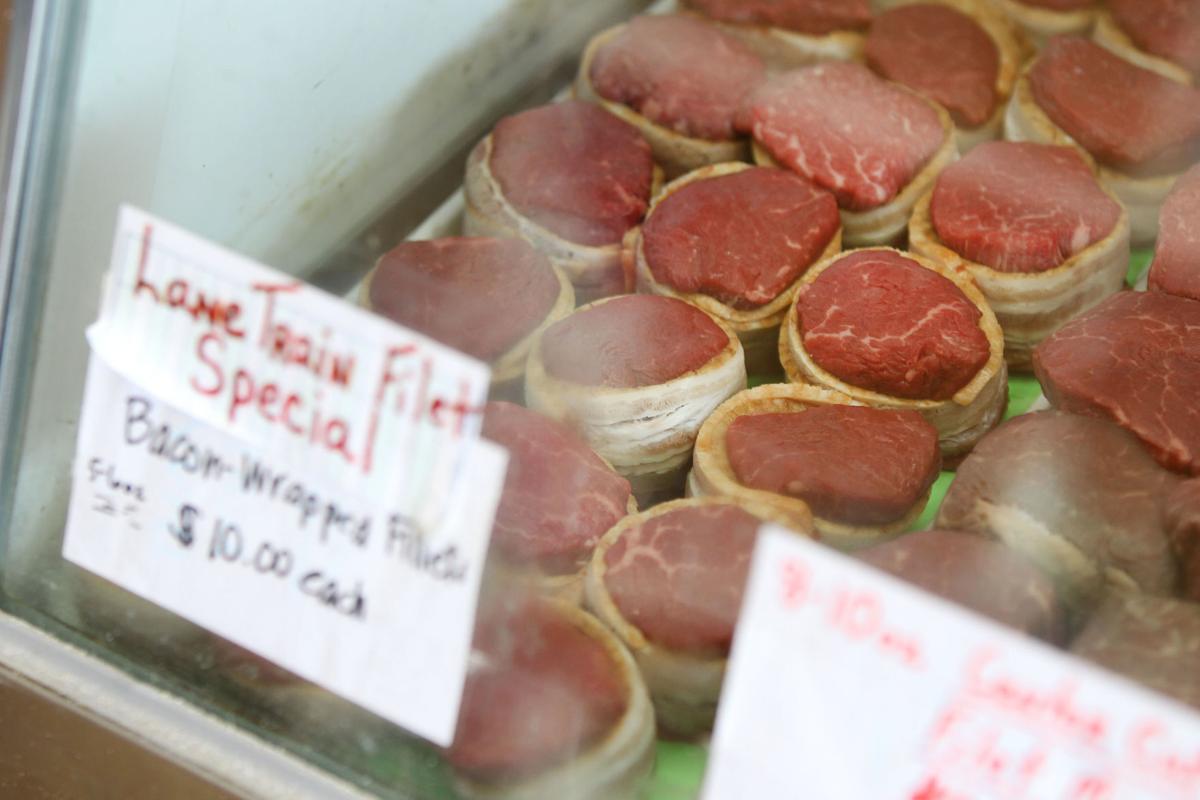 The Lane Train Special, one of the store’s best sellers, is a 5- to 6-ounce bacon- wrapped fillet for $10. 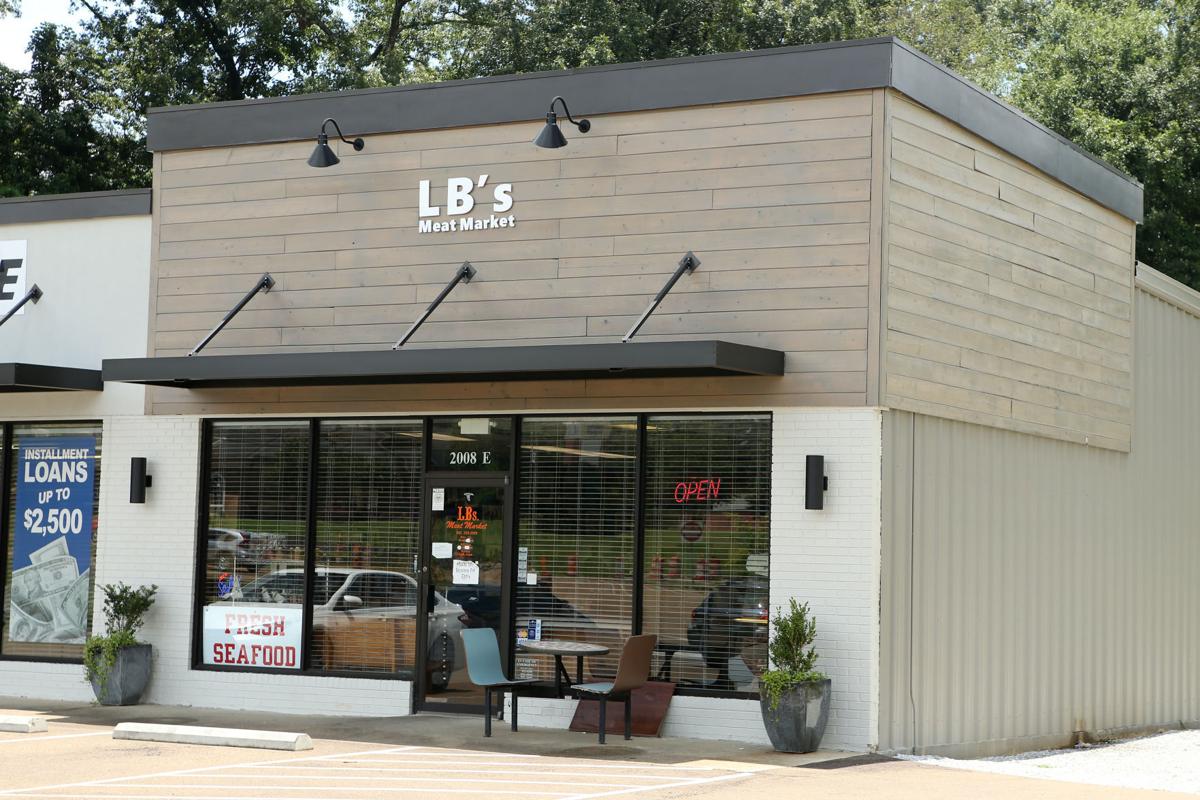 LB’s is located on University Avenue across from Kroger. 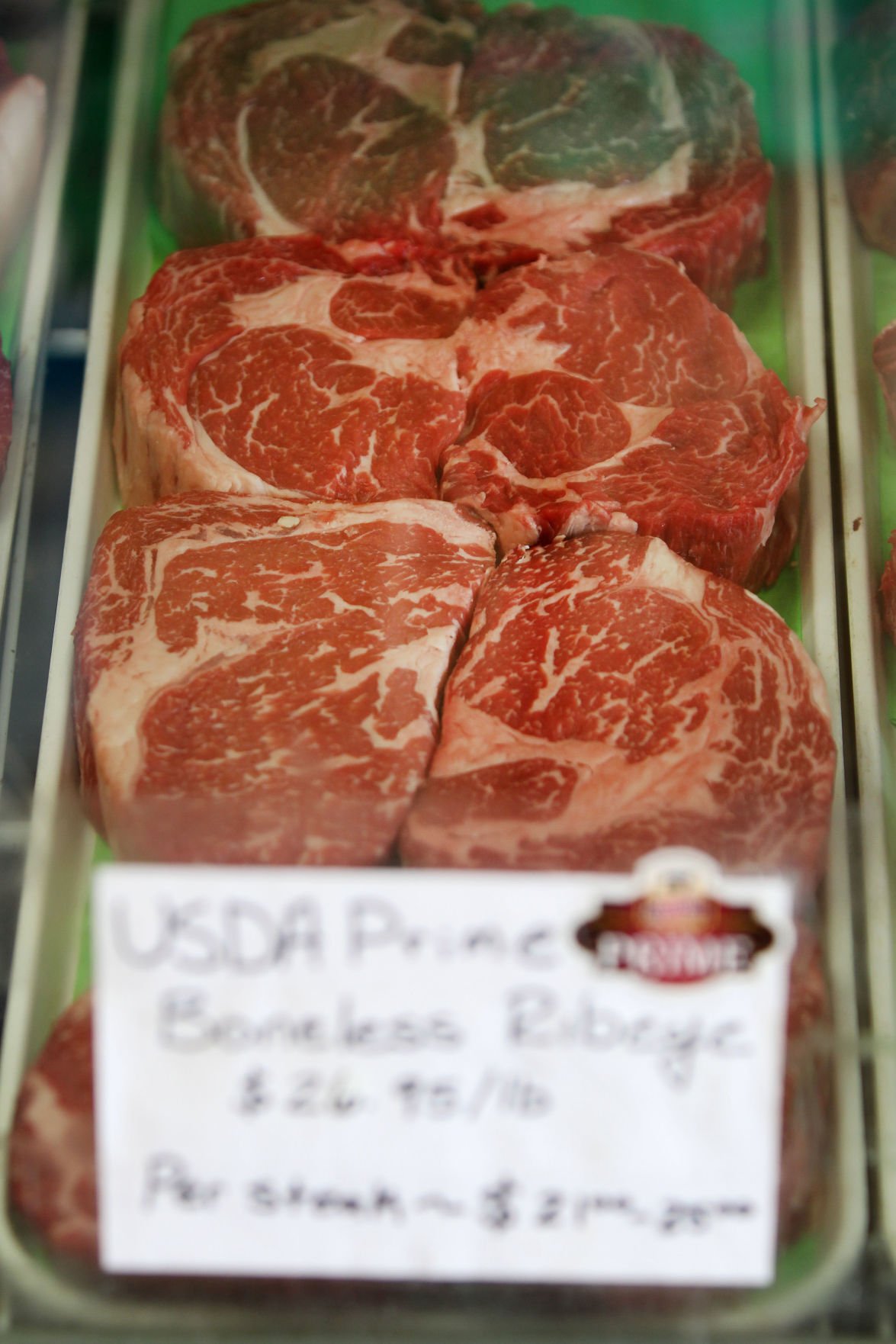 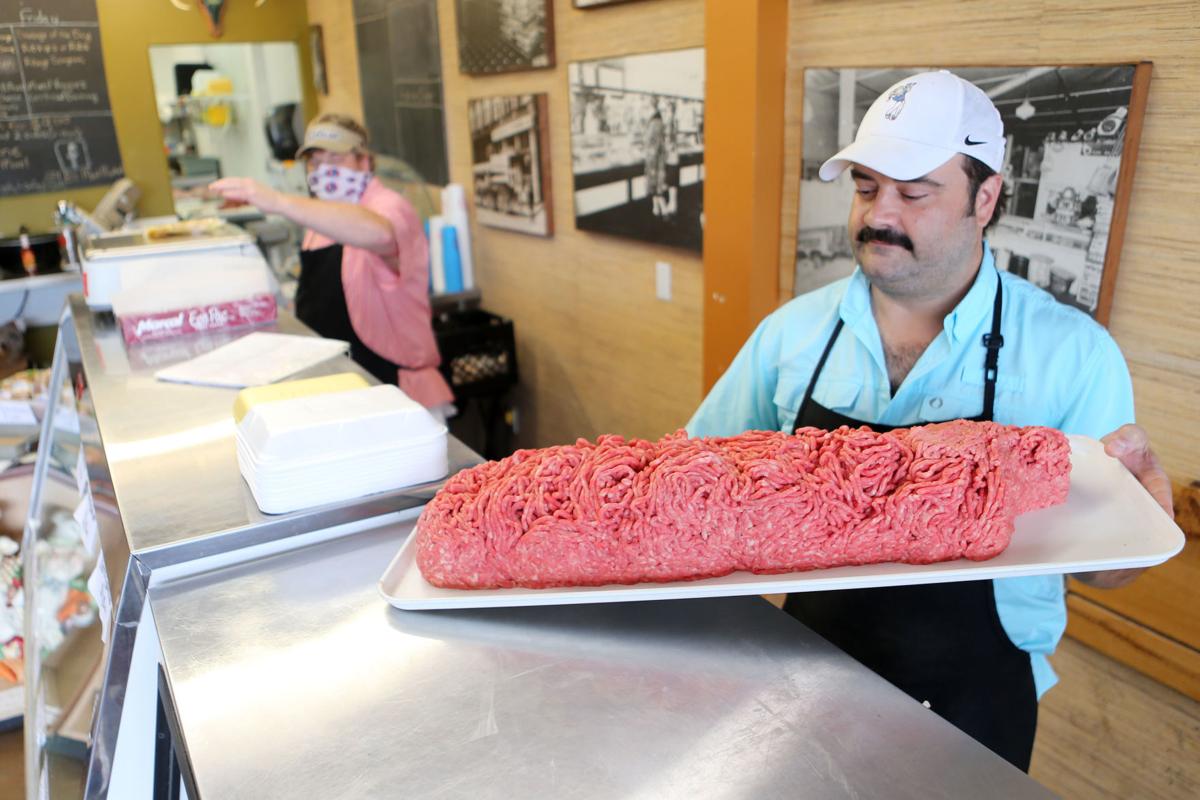 Greg Jones bought LB’s Meat Market in Oxford in 2014. The butcher shop sells high-end beef, pork, chicken and seafood, and is known for its smoked and fresh sausages.

The Lane Train Special, one of the store’s best sellers, is a 5- to 6-ounce bacon- wrapped fillet for $10.

LB’s is located on University Avenue across from Kroger.

OXFORD • In 2009, Buck Cunningham opened LB’s Meat Market in Oxford because he couldn’t find a fresh-cut steak anywhere in town to his liking.

Three years later, when he realized he needed a general manager, he hired Greg Jones, who had moved to Oxford in 2011 to help open Soulshine Pizza.

Jones said when he purchased the shop, his goal was to sell the best of everything. And he’s lived up to it.

“We only get high-end products,” said Jones, 40. “If you can’t tell the difference between an LB’s steak and a Kroger steak, then I’m not doing my job.”

The chicken comes from Joyce Farms in Winston-Salem, North Carolina, which has been in business since 1962. Beef is sourced from Upper Iowa Beef in Lime Springs, which deals exclusively with prime and upper-choice beef. The Duroc prime pork comes from Comfrey Farm in Windom, Minnesota.

“We try to be an exclusive butchery with exclusive cuts,” Jones said. “We cater to people who enjoy cooking at home.”

“Our best-seller right now is a 5- to-6-ounce bacon-wrapped fillet for $10,” Jones said. “After Lane Kiffin was hired as the Ole Miss football coach, we started calling it the Lane Train Special and those things just flew off the shelves.”

“Our fresh sausages are really popular,” Jones said. “We have about 25 different ones we make and we always have six or so on hand in the case. We probably make 150 pounds of sausage a week.”

The most popular fresh sausages right now are the Ribeye, an all-beef sausage with mushrooms, green onions and sun-dried tomatoes that’s seasoned with Hoover sauce; the Swayze, made with pork, bacon, beer, jalapenos, green onions and sausage seasoning; and Harvest Apple, made with pork, apples, brown sugar, cinnamon and sausage seasoning. They range from $8.95 to $9.95 a pound.

“We also have an all-beef hotdog from Niman Ranch that’s probably one of the best hotdogs you’ll ever eat,” Jones said.

The store also receives fresh seafood shipments on Mondays and Thursdays, which could be anything from grouper, snapper or salmon to shrimp and Louisiana crawfish tails.

Jones attributes a lot of his business’ success to good employees and good customers.

“We’re a small business and we work hard. We only have five or six employees but our employees take care of our customers,” he said. “It’ helps to have a personal relationship with a customer. Some of our customers don’t even know what they want when they come in here. We like to have everything stocked up so they have a lot to choose from.”

And that customer base has changed since the COVID-10 pandemic marched into Mississippi in March.

“Our business has really picked up,” Jones said. “We’re blessed with some good customers. And we’ve gained a lot of new customers during the pandemic. We were the only place in Oxford that had beef for a while. I hate that it’s taken an epidemic for my business to take off.”

Where: 2008 University Ave., Oxford, across from Kroger