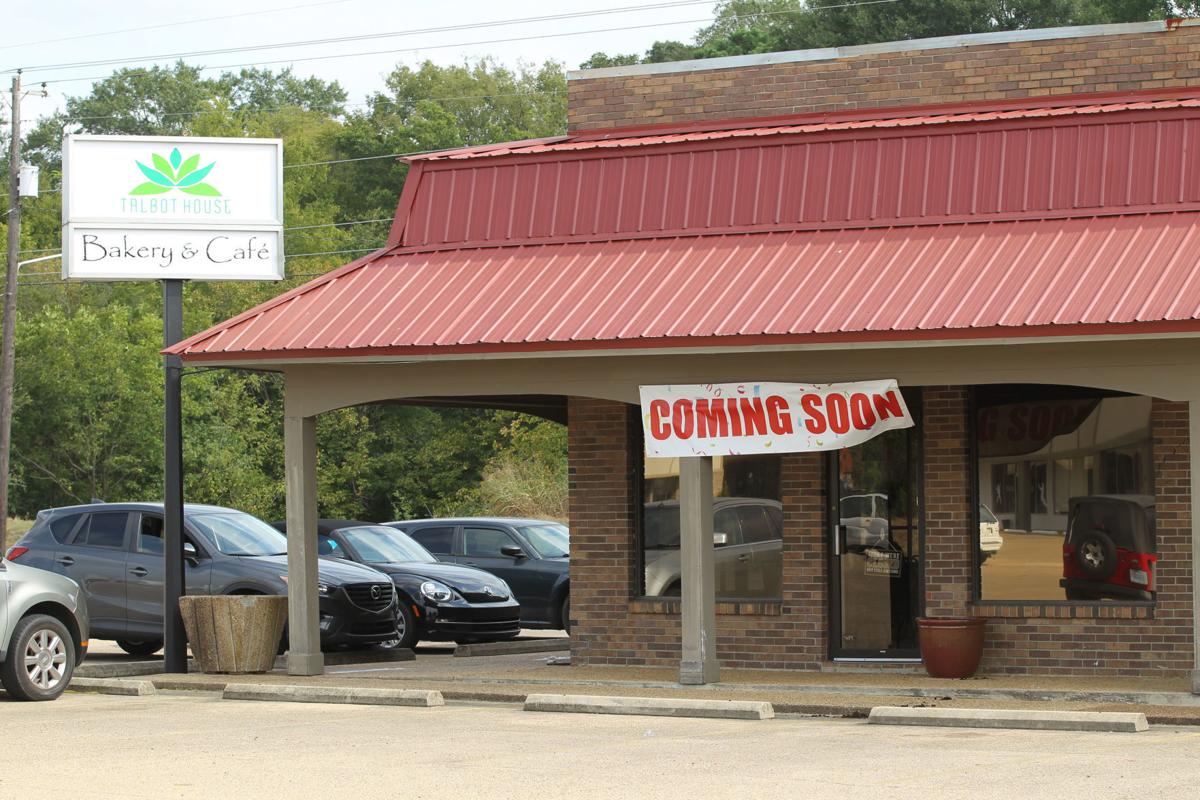 The Talbot House opens its doors today at its new location in the West Main Shopping Center in Tupelo. 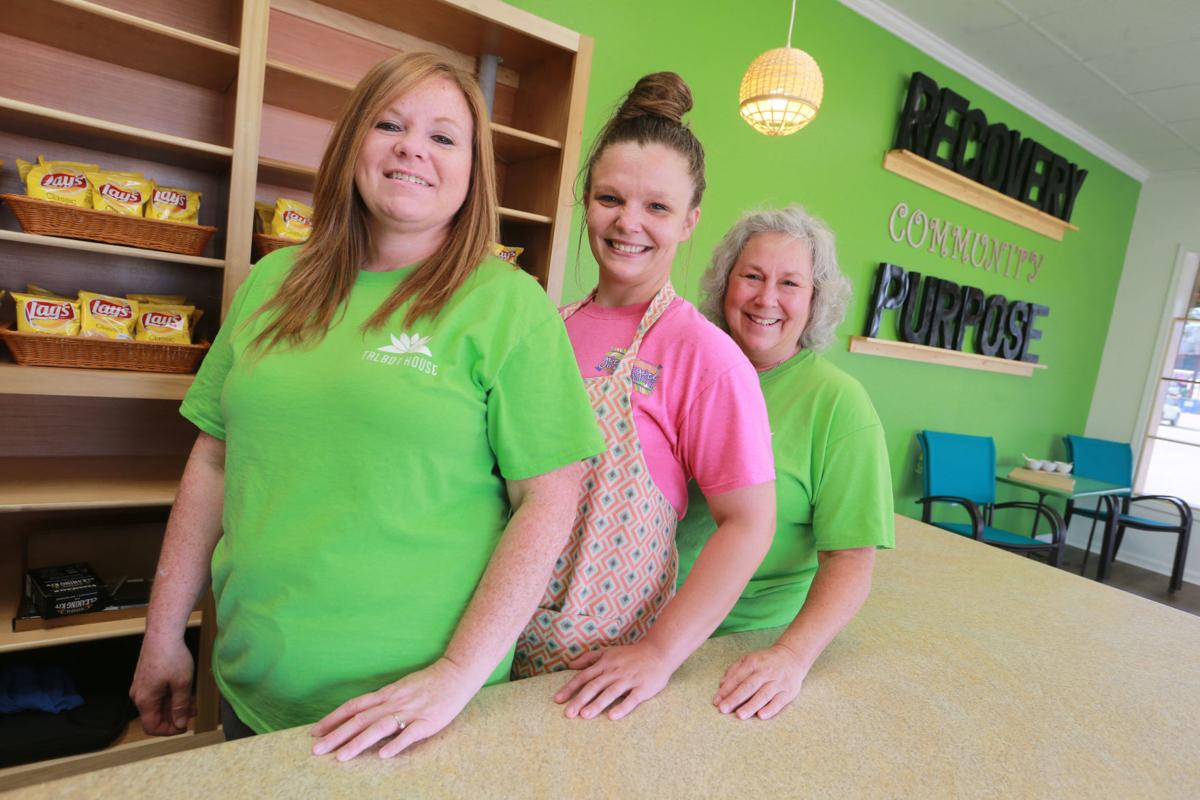 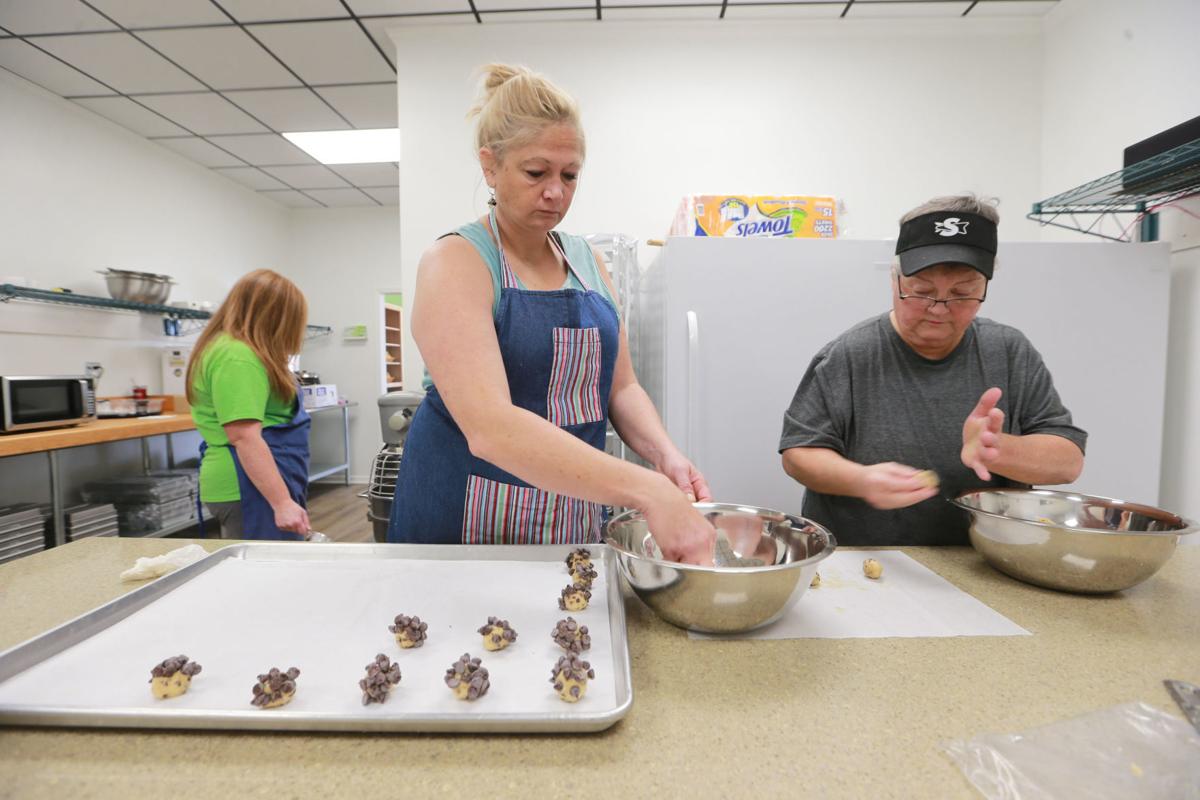 Tracie Rogers, left, and Caroline Pinkston make chocolate chip cookies as the Talbot House gets ready to open its doors today after relocating to the West Main Shopping Center in Tupelo.

The Talbot House opens its doors today at its new location in the West Main Shopping Center in Tupelo.

Tracie Rogers, left, and Caroline Pinkston make chocolate chip cookies as the Talbot House gets ready to open its doors today after relocating to the West Main Shopping Center in Tupelo.

TUPELO • Those of you who’ve been missing the cinnamon rolls from Talbot House Bakery are in for a real treat.

Not only has Talbot House Bakery moved to a new location in the West Main Shopping Center in Tupelo, but it’s also added a cafe with specialty sandwiches.

“I walk in here in the mornings and I cannot believe so much has happened for these women,” said Becky Weatherford, executive director of Talbot House, a transition program for women in early recovery from substance abuse, and Talbot House Bakery & Cafe, which opens to the public today.

“We’ve built this business for the ladies who live at Talbot House to provide them employment and job readiness training,” Weatherford said.

The Cinna Panini is a cinnamon roll sliced in half, with ham and Swiss cheese that’s panini-pressed and drizzled with a maple coffee glaze. You can even add bacon to it.

“It’s the best thing to happen to Tupelo since Elvis,” she said.

Other sandwiches include a roast beef panini; a pepper Jack pimiento cheese and bacon panini; a three-cheese grilled cheese panini; a PB&J panini; or you can build your own.

A soup of the day will be offered with homemade crackers. Also on the menu are chocolate chip cookies, sourdough bread, honey oat bread, and homemade jams and spreads.

The Talbot House Bakery originated in 2017 and was housed in the old McDougal Center, which is a little off the beaten path. So in the spring of 2018, a plan was put in place for a storefront in the West Main Shopping Center in Tupelo.

“Originally, the community was to donate time, labor and materials and we were going to open in the summer of 2018,” Weatherford said. “For various reasons, that didn’t happen.”

The Talbot House ladies continued to make cinnamon rolls, using the kitchen at All Saints’ Episcopal Church during the holidays last year, and then the bakery ceased operations.

“Our amazing board of directors at Talbot House made a decision in January to find a way to do this ourselves and here we are,” Weatherford said. “We are a full-service storefront with a bakery in the back.”

The bakery and cafe at 101 N. Industrial Road Suite H is open from 7 a.m. to 3 p.m. Tuesday through Saturday, offering both breakfast and lunch.

“You’ll be able to buy cinnamon rolls and bread any time of day and we’ll have fountain drinks and tea,” she said. “We’ll also have pay-what-you-can coffee available all day with money going to the Talbot House residential transition program.”

The business has six tables inside with seating for 20 and two tables outside that can seat eight.

“We kept our green logo and painted the walls of the bakery that same green because green is associated with rebirth, something fresh, new, hope. Green is hopeful,” Weatherford said.

Amanda Roberson, the kitchen manager, hopes to add seasonal items to the menu.

“We’ll probably do a pumpkin roll in the fall and heart chocolate-chip rolls for Valentine’s Day and King Cake rolls at Mardi Gras,” Roberson said. “We’ll do different breads as the wind hits us, like brioche, cinnamon raisin, a garlic butter loaf, a Cheddar jalapeno loaf and maybe a wheat loaf.”

McCarty Architects, specifically Nick Dodd and Christian Reed, designed the space for the bakery/cafe at no charge, the music system was donated by Thomas Electronics and The Shepherd’s Hands donated money to buy additional kitchen equipment.

“I think this place is going to be amazing,” Weatherford said. “I hope we can keep up with the orders. I know we’re a bakery and a cafe, but we’re so much more than that. We’re helping ladies become employable again.”