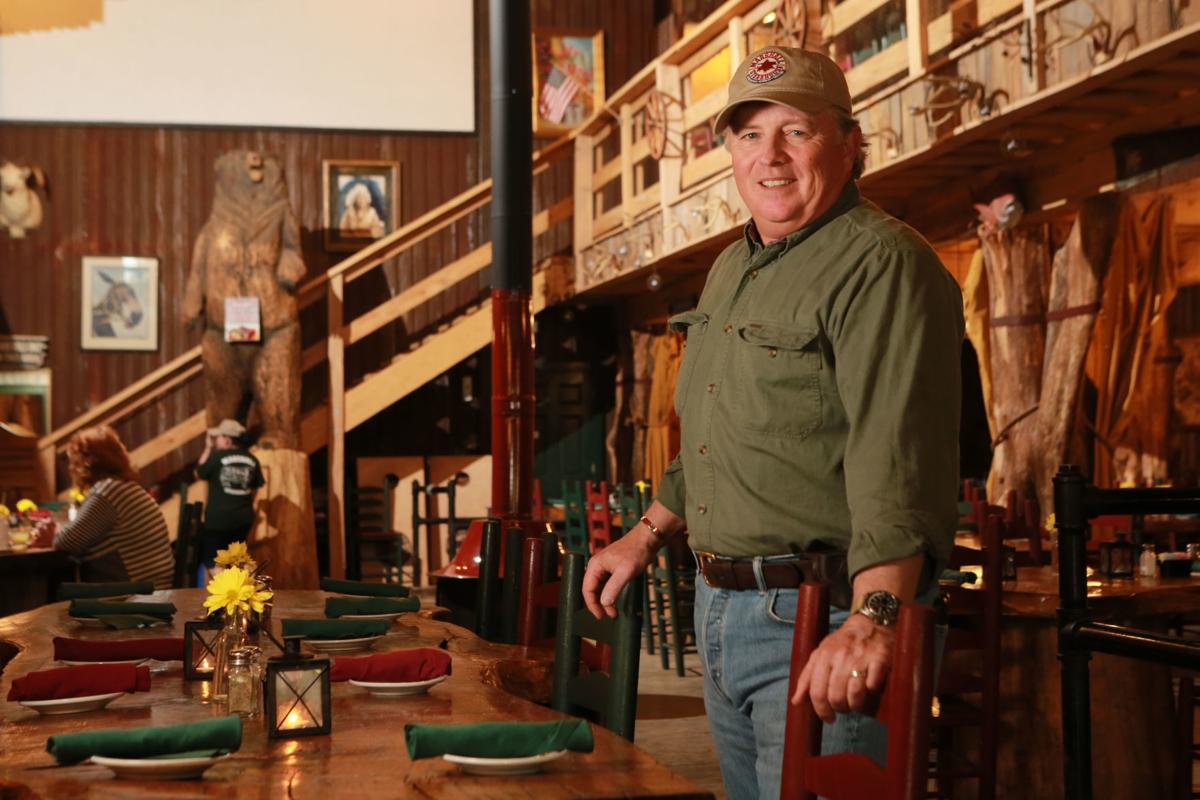 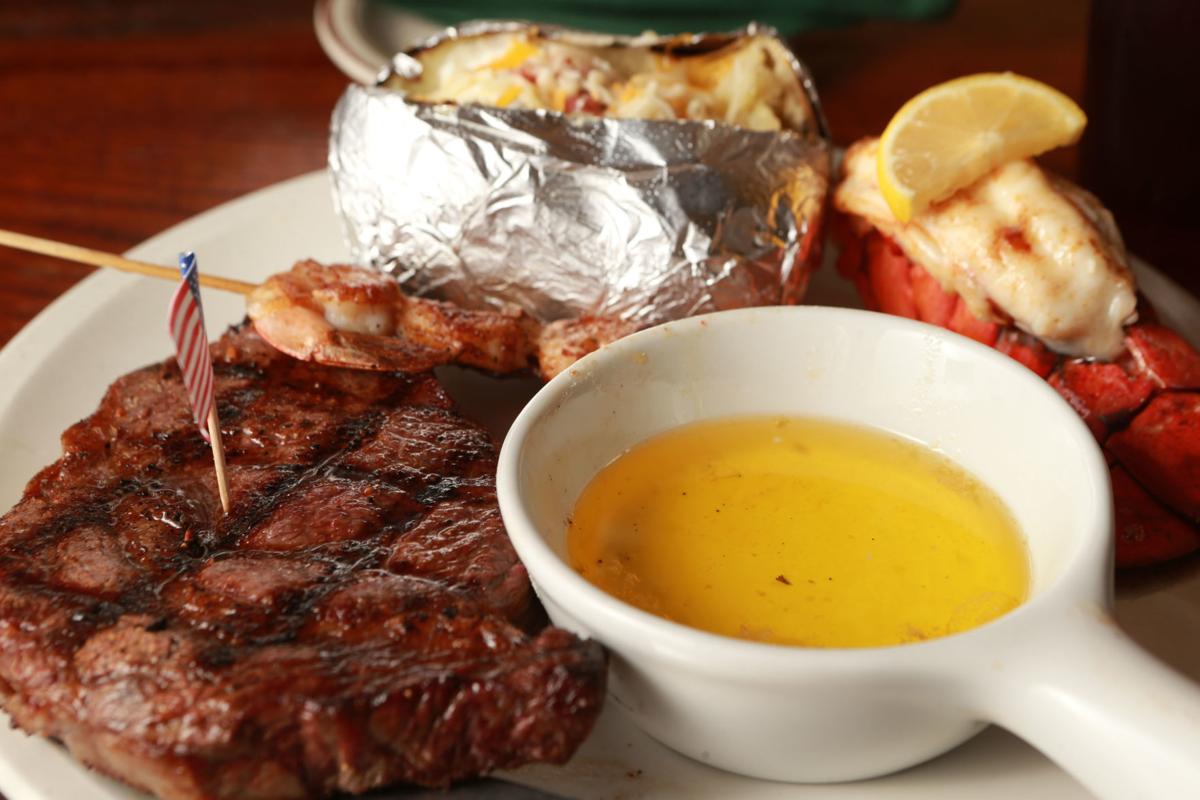 The 16-ounce ribeye is the signature steak at Marshall Steakhouse. 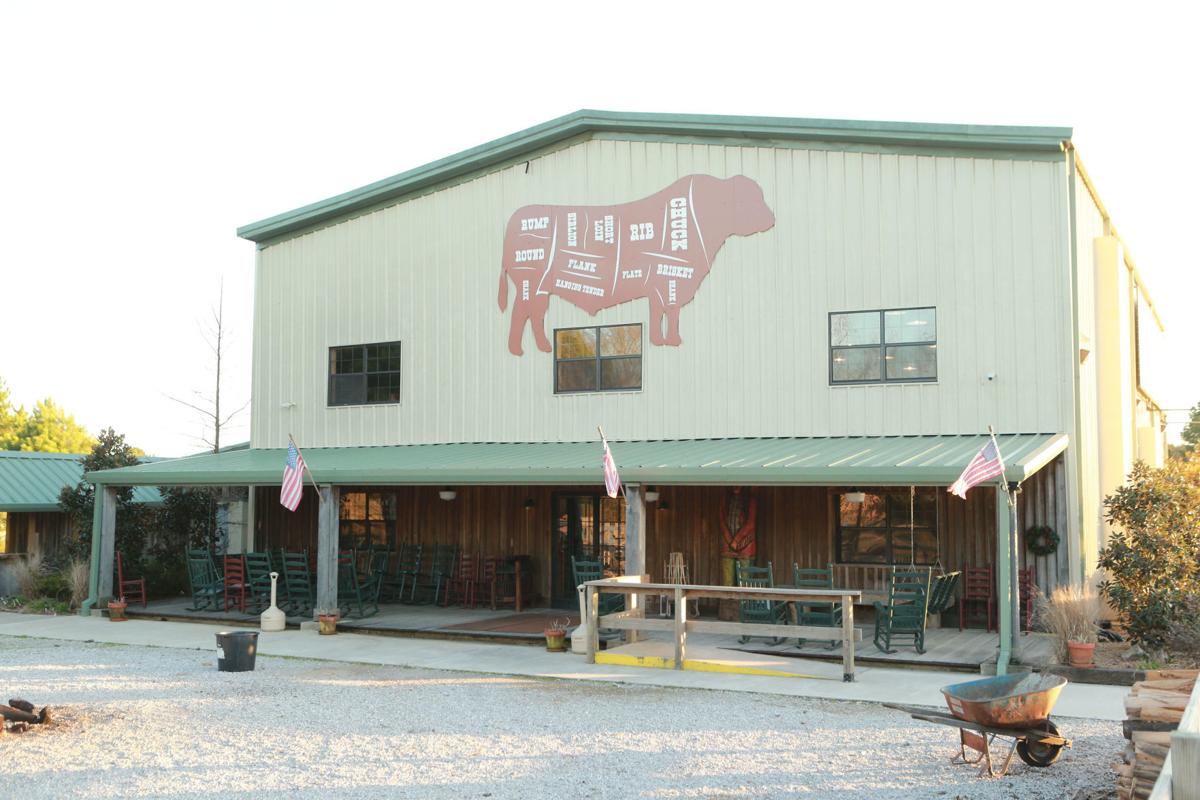 Marshall Steakhouse is located on Highway 178 West in Holly Springs. 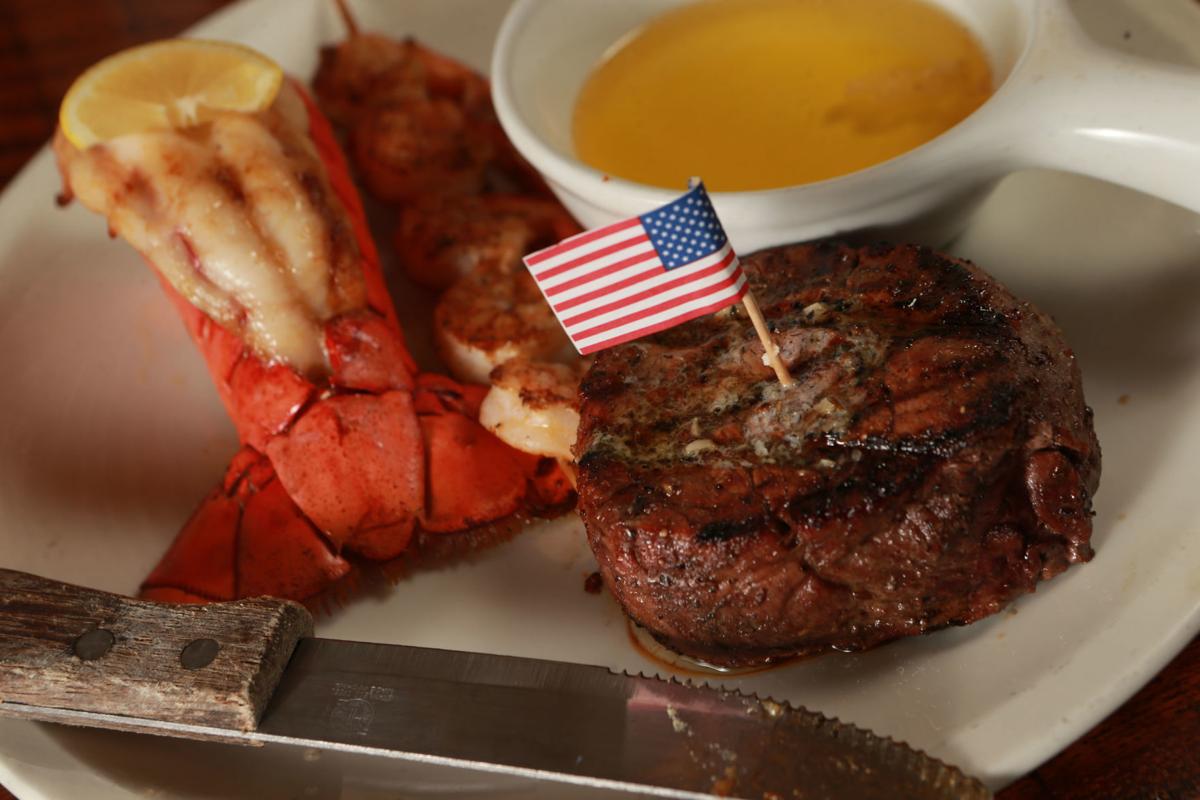 The 10-ounce beef fillet and lobster tail are popular items on the menu. 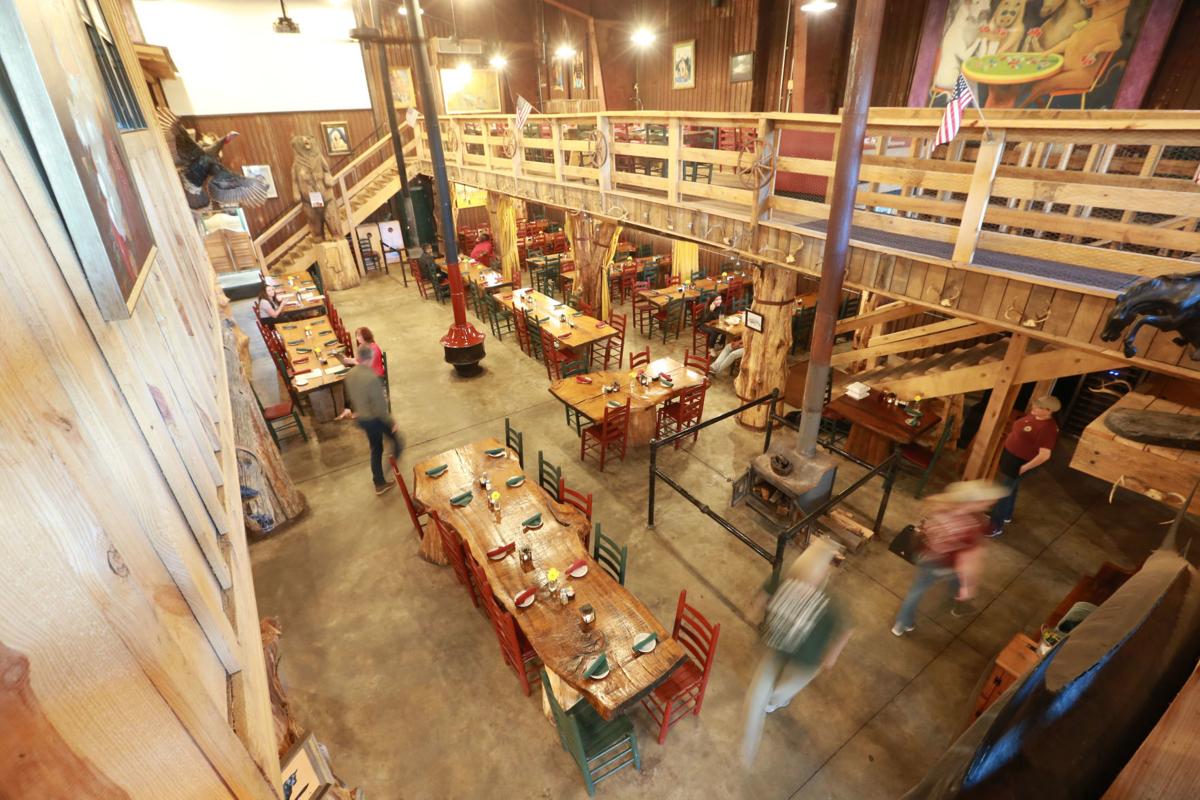 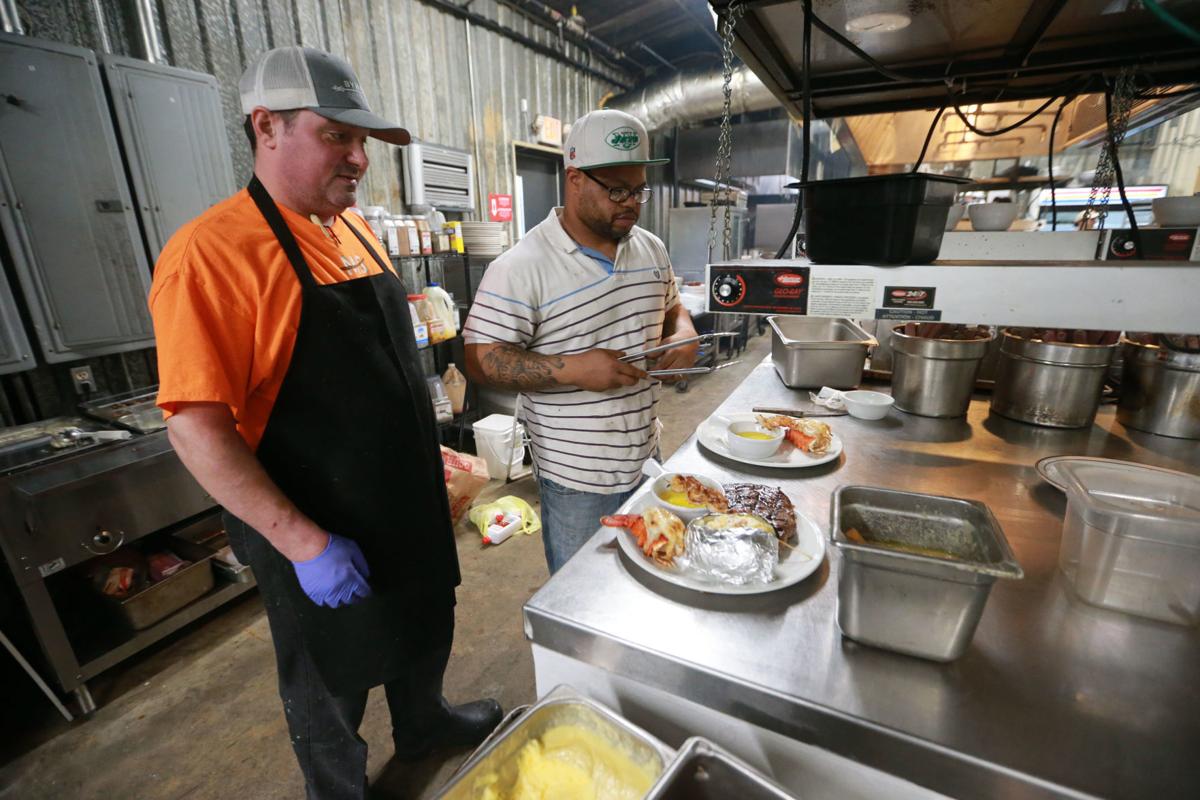 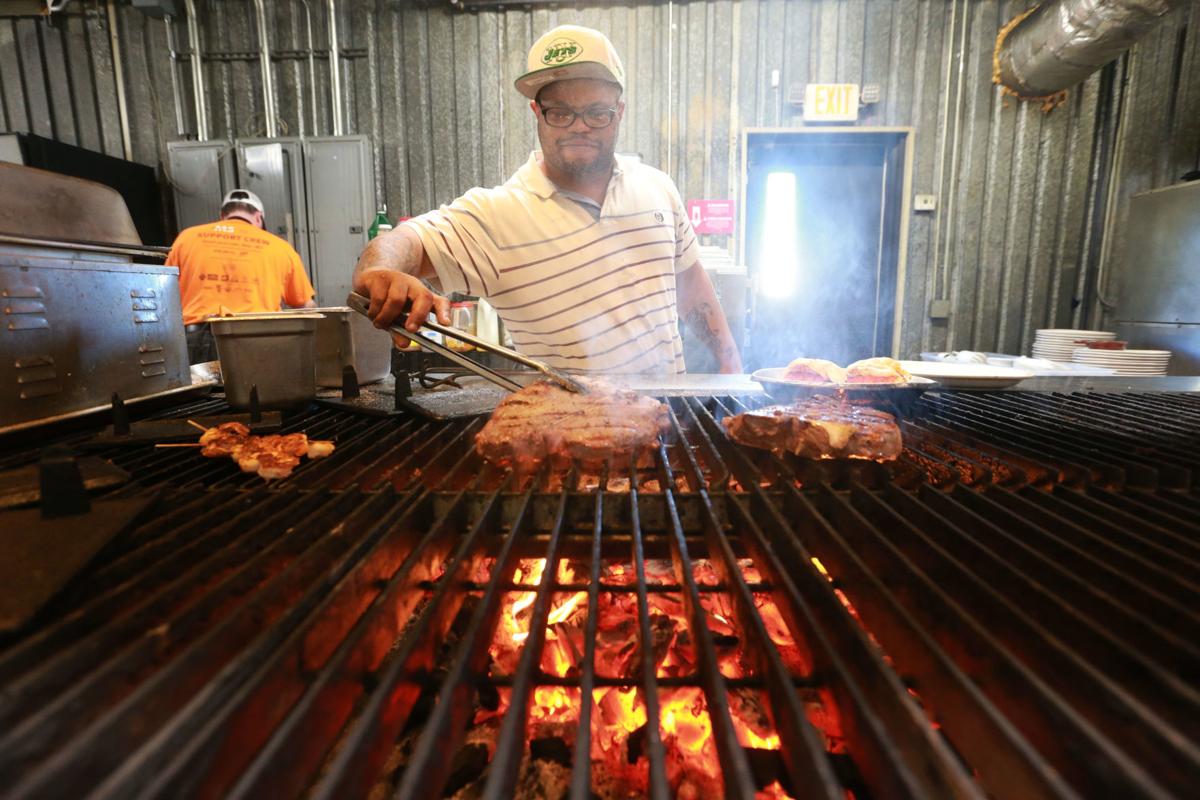 The 16-ounce ribeye is the signature steak at Marshall Steakhouse.

Marshall Steakhouse is located on Highway 178 West in Holly Springs.

The 10-ounce beef fillet and lobster tail are popular items on the menu.

HOLLY SPRINGS • Randall Swaney never intended to open a steakhouse in Holly Springs. In fact, he actually got into the restaurant business by accident.

Swaney, 62, was building a barn on his farm and continuous rains were hindering progress. So he decided to buy a building and turn it into a sawmill.

The building came, but the sawmill never happened. Neither did the feed store or the firearms store that were also possibilities.

“With the idea for the firearms store, I thought I’d put a Weber grill in the back and cook a little lunch for customers, mostly burgers, and maybe have steaks one day a week,” Swaney said.

He started researching steakhouses and realized locally owned ones were few and far between in Mississippi.

Marshall Steakhouse, located on Highway 178 West in Holly Springs, opened in July 2017. The restaurant serves between 1,500 and 2,000 customers a week.

“We get cars full of people from Alabama every week,” he said. “Many people come here just to eat dinner – they’re not just passing through.”

In addition to good food and service, Swaney knew he had to offer customers an experience. That’s why he created a true steakhouse, like something you’d find out West.

Tabletops are made from 300-year-old white oak trees out of Collierville. Support columns are cut from 250-year-old cedar trees. A 14-foot carved grizzly bear weighing 6,000 pounds stands watch over customers and all the heat in the dining rooms comes from wood stoves.

“Customers comment daily about the furnishings,” Swaney said “People don’t expect it to look like something out of Montana or Colorado. Getting to eat dinner on a 300-year-old slab of wood – where else can you do that?”

The best-selling item on the menu is the 16-ounce ribeye steak and No. 2 is the beef fillet.

“We were named the No. 1 steakhouse in Mississippi in 2019 by Food Network,” he said. “And the Mississippi Beef Council awarded us the best steak in the state in 2019 and again in 2020 – two years in a row. That’s unusual.”

The restaurant only serves prime steaks, rather than select or choice.

“Only the top 5 percent of meat makes it to prime,” he said. “It’s head and shoulders above the rest.”

“We have people tell us we have the best baked potato they’ve ever eaten,” Swaney said. “That’s because we cook it like it’s supposed to be cooked – in the oven.”

Seasonal vegetables – asparagus in the spring, sweet potatoes in the fall – are offered every day and are often locally sourced.

Specials change nightly, depending on what the restaurant can get fresh. Sometimes that’s redfish, sometimes grouper or mahi-mahi. Salmon, scallops and shrimp are always on the menu along with oysters.

“We now serve Chateaubriand for two – I hadn’t seen that anywhere in 25 years,” Swaney said. “I asked the chef here if he could cook it and he said absolutely. I’m telling you, that was the greatest meal of my life, so we added it to the menu.”

“I don’t think I would have done anything differently,” said Swaney, who lives in Memphis but grew up in Holly Springs. “I really don’t. We’ve been real blessed.”

His next venture is to build 40 cabins and 50 campsites on land on either side of Marshall Steakhouse. In the spring, summer and fall, there’s live music in a pavilion outside the restaurant near a children’s playground.

“That way people can eat and listen to the music and then have a place to stay without having to drive back home,” he said. “It’s surprising – the amount of work involved in this business is never-ending. You either love it or you don’t. And I love it.”