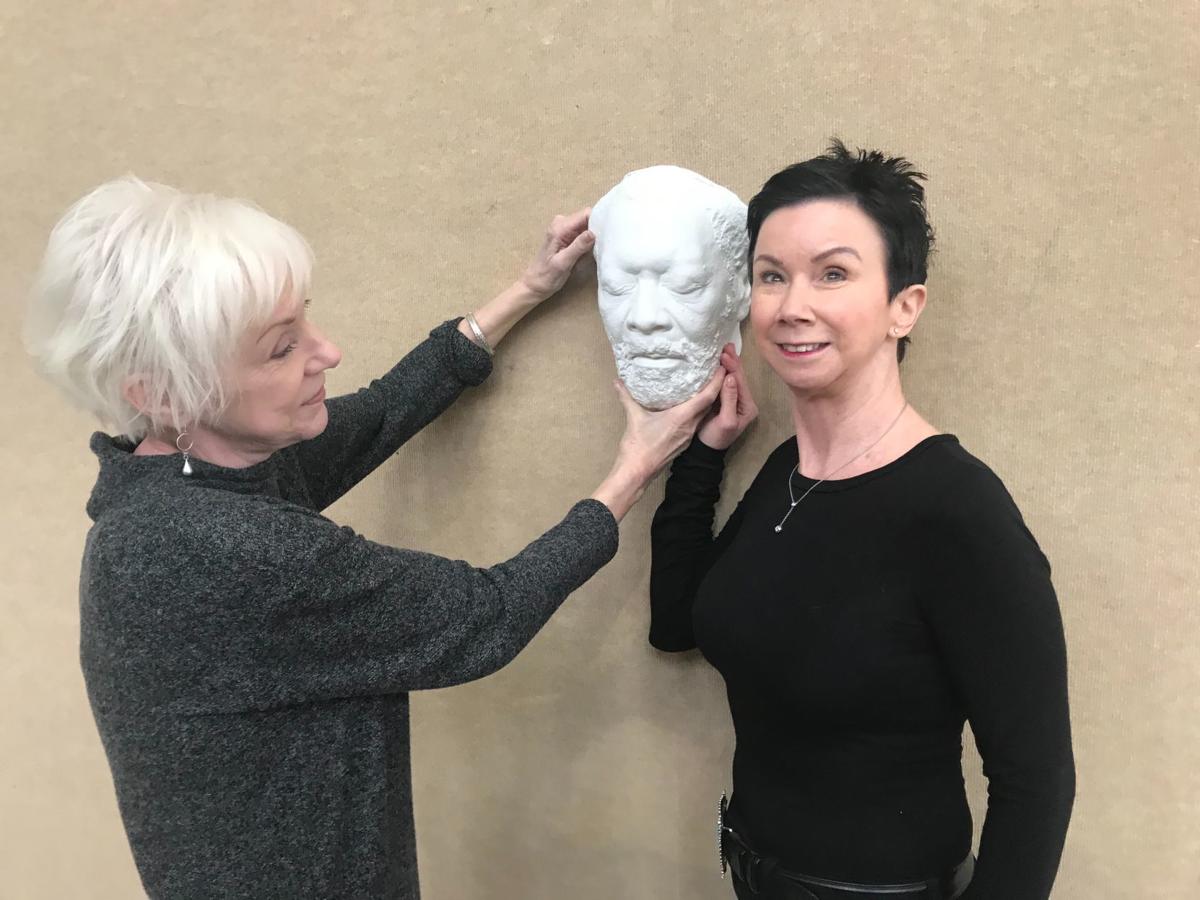 Sally Kepple, left, director of the GumTree Museum of Art, holds a life-cast of a blues musician next to its sculptor, Sharon McConnell-Dickerson. 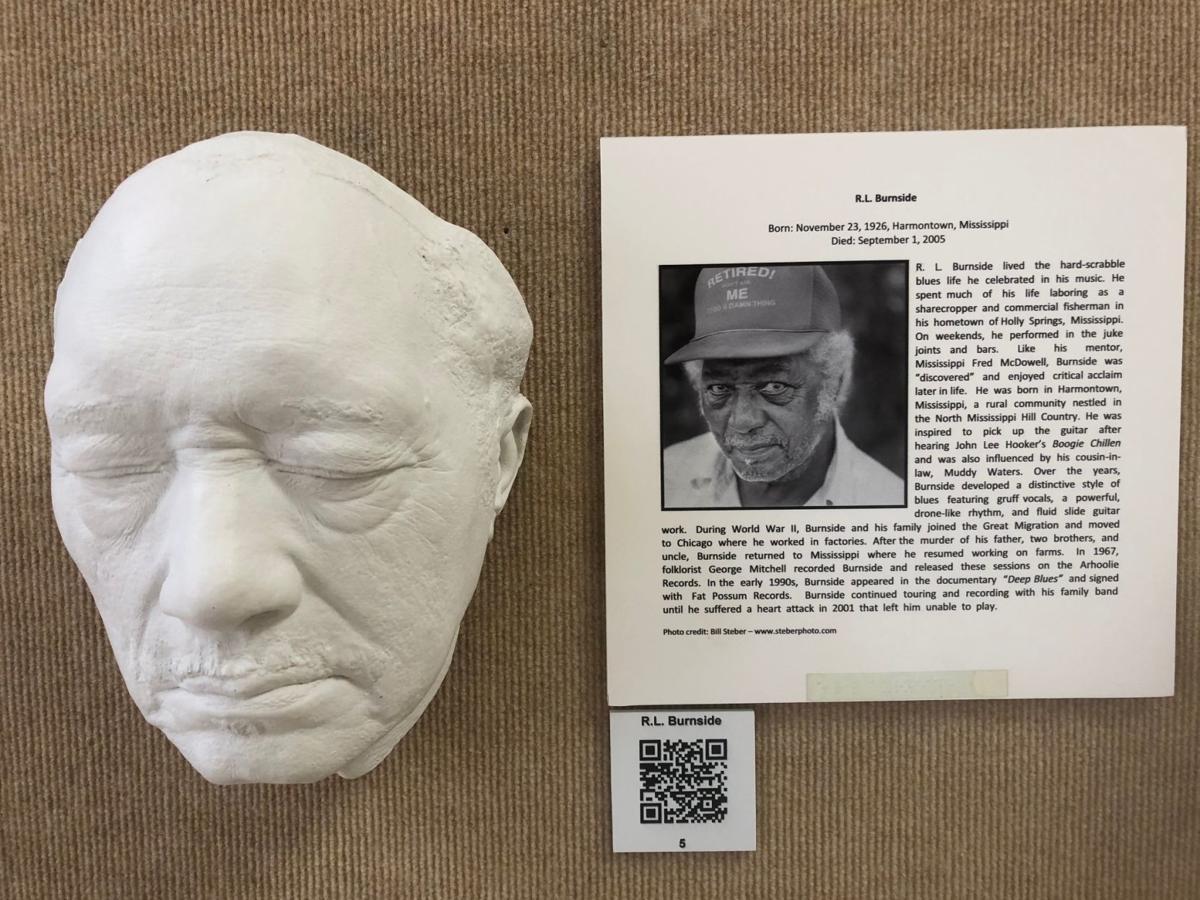 A life-cast and biographical information of R.L. Burnside, the Lafayette County native who helped define the Hill Country blues sound.

Sally Kepple, left, director of the GumTree Museum of Art, holds a life-cast of a blues musician next to its sculptor, Sharon McConnell-Dickerson.

A life-cast and biographical information of R.L. Burnside, the Lafayette County native who helped define the Hill Country blues sound.

TUPELO • An illness slowly robbed Sharon McConnell-Dickerson of her sight. But before her vision faded out, she used her hands to create lasting images of people who perform the music she enjoys – the blues.

“I feel one of the most intimate recordings of their lives and music is their human face,” McConnell-Dickerson said. “They’re so special.”

Forty-one of McConnell-Dickerson’s life-masks are on display in the “Cast of Blues” exhibit at the GumTree Museum of Art in downtown Tupelo.

The gallery will host an opening reception for McConnell-Dickerson and the exhibit between 5 and 7 p.m. Friday. The reception is open to the public.

McConnell-Dickerson had worked as a flight attendant and corporate jet chef when, at age 27, she woke up blind in Chicago. She eventually was diagnosed with Uveitits, a degenetrative eye disease.

As she adapted to her vision impairment, McConnell-Dickerson moved to New Mexico and turned to art – especially hands-on sculpting – as an outlet.

“Sculpture is the vehicle by which I access a lost sense,” she said.

She was doing full-body life-casts when a friend suggested doing facial casts of older blues musicians.

“He planted that seed in my mind,” McConnell-Dickerson said. “I thought, ‘Why not cast the musicians of the music that I love’ ... So, I went to Mississippi to map out the visages of the real Delta Blues men and women.

“It took a lot of researching, approaching managers and booking agents to reach the musicians,” she added. “Months later, I started casting and working with the musicians. It was a grass-roots project. Friends of friends or even the musicians themselves would recommend someone. It was word of mouth.”

“Cast of Blues” became a touring exhibit in 2005 and has traveled throughout the country and even going overseas to France. It comes to Tupelo as part of the city’s Sesquincentennial celebration.

It’s a “please touch” and interactive exhibit. Each mask display includes biographical information about the performer and a QR code to access more info and sounds. Plus, each display has a Braille strip for the visually-impaired to identify the musician.

“I want people to feel what I felt when I made the masks,” she said. “And it’s kid friendly. Kids love to touch.”

Sally Kepple, GumTree Museum of Art director, said the exhibit will be an educational experience, especially for students.

McConnell-Dickerson moved to Mississippi in 2006. She lived in Como until eight months ago when she moved to Columbus.

“It was a privilege to meet, get to know and cast so many musicians, many of them I became close friends with,” she said. “Twenty years later, over half of the musicians I worked with have since passed. They’ve left behind their legacies and their music.”

WHAT: Opening reception for "Cast of Blues" exhibit featuring the works of Sharon McConnell-Dickerson

ADMISSION: Free to the public