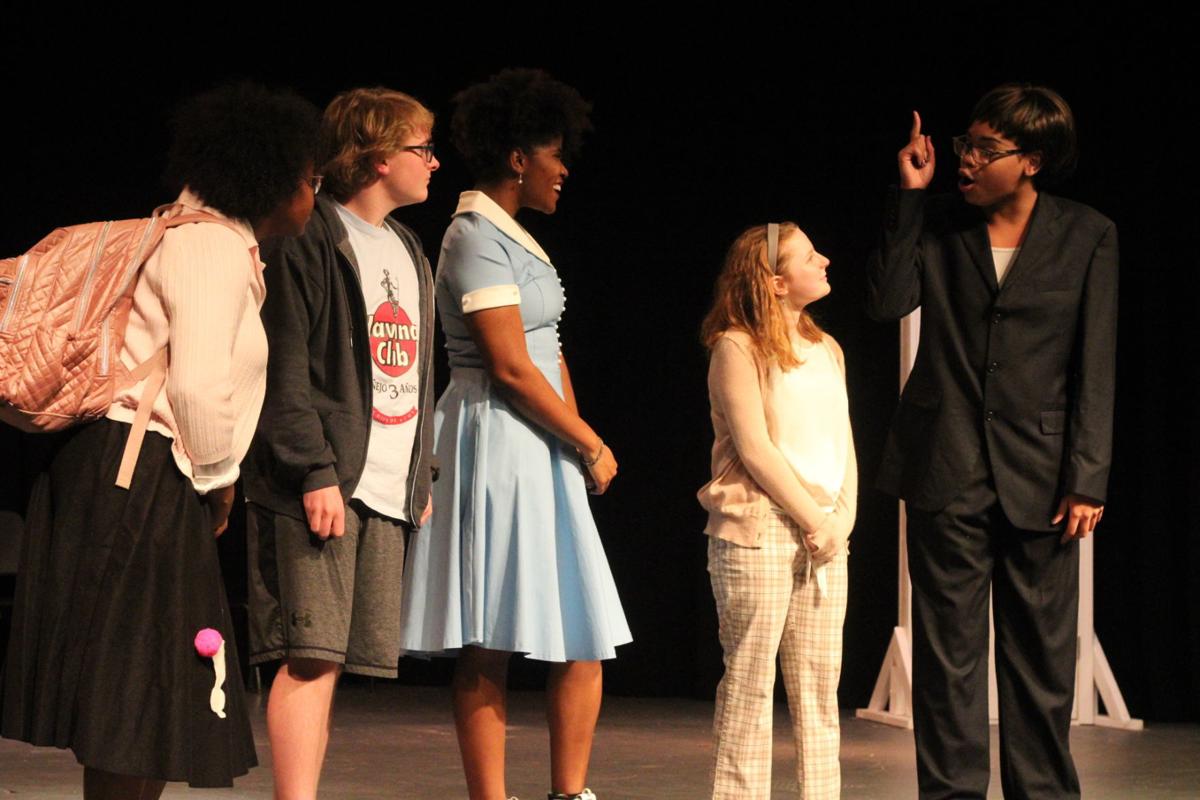 The “cheesiest family in the world” – from left, Palief Raspberry, George Bryan, Zion Sims, Shelby Seals and Trenel Gibson – enjoy time together before the hallmarks of horror arrive during rehearsal of the Tupelo High School Theatre Company 2020 production. 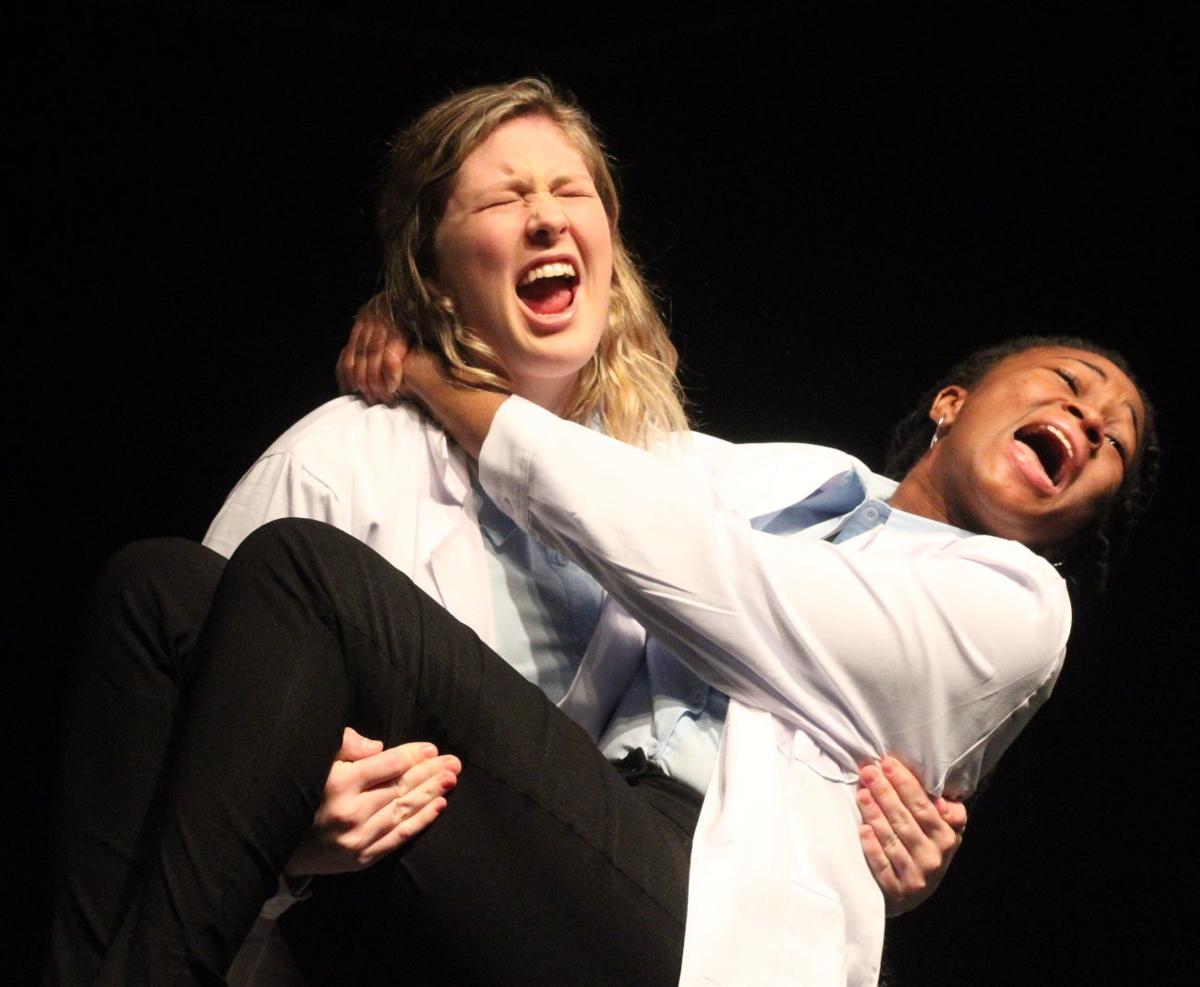 The “cheesiest family in the world” – from left, Palief Raspberry, George Bryan, Zion Sims, Shelby Seals and Trenel Gibson – enjoy time together before the hallmarks of horror arrive during rehearsal of the Tupelo High School Theatre Company 2020 production.

TUPELO • Every horror film from “Nosferatu” in the 1920s to “Us” last year has utilized certain characters and scenes to create its own cinematic fright.

A few examples we’ve seen over the years: The mask-wearing serial killer, the door that won’t open, the female screamer, a car that doesn’t crank, the person who keeps tripping, a mad scientist, and victims being dragged by their ankles.

Throw in some zombies, monsters and clowns, and you have what are known as the “Hallmarks of Horror.”

One unsuspecting family will see next week how the hallmarks can shake up their perfect world, and it’ll be fun to watch.

The Tupelo High School Theatre Company 2020 will present “Hallmarks of Horror,” a one-act comedy, on Feb. 14-15 in the THS Fine Arts Auditorium. Show time each day is 7 p.m.

The horror show is the first half of the theatre company’s performance. The second half will be a showcase featuring students who will be competing in the upcoming Thespian Conference in Meridian.

Phil Milner, a Tupelo High teacher who’s directing next week’s performance, said the horror show will be part of the THS competition entry in Meridian.

“It is not a traditional competition show,” he said. “We’re prioritizing a fun show that I really wanted to do and the students wanted to do over some of the serious shows we normally do at competitions. This show is very heavy on costumes and makeup.”

“They’re the cheesiest family in the world,” Milner said.

Suddenly, two narrators – Ava Grace Lacey and Dayna Johnson – show up to introduce one by one the hallmarks of horror.

“After 20-25 minutes of introducing the hallmarks, we’ll go back and watch the first scene again. But this time, it will be a horror scene instead of a campy scene,” Milner said. “We’re making fun of all those horror shows.”

Natalie Bowers, a Tupelo High junior who plays the screamer in the scary show, said the student actors enjoy going back and forth between roles and costume changes.

“Most people, except our narrators, have multiple roles,” she said. “They do different characters, so they get to explore their ranges.”

“(Thespian Conference) is an opportunity for the kids to perform for judges,” Milner said. “They get great feedback on how to be better or what the judges would’ve liked to have seen, things like that. It’s a great learning experience.”