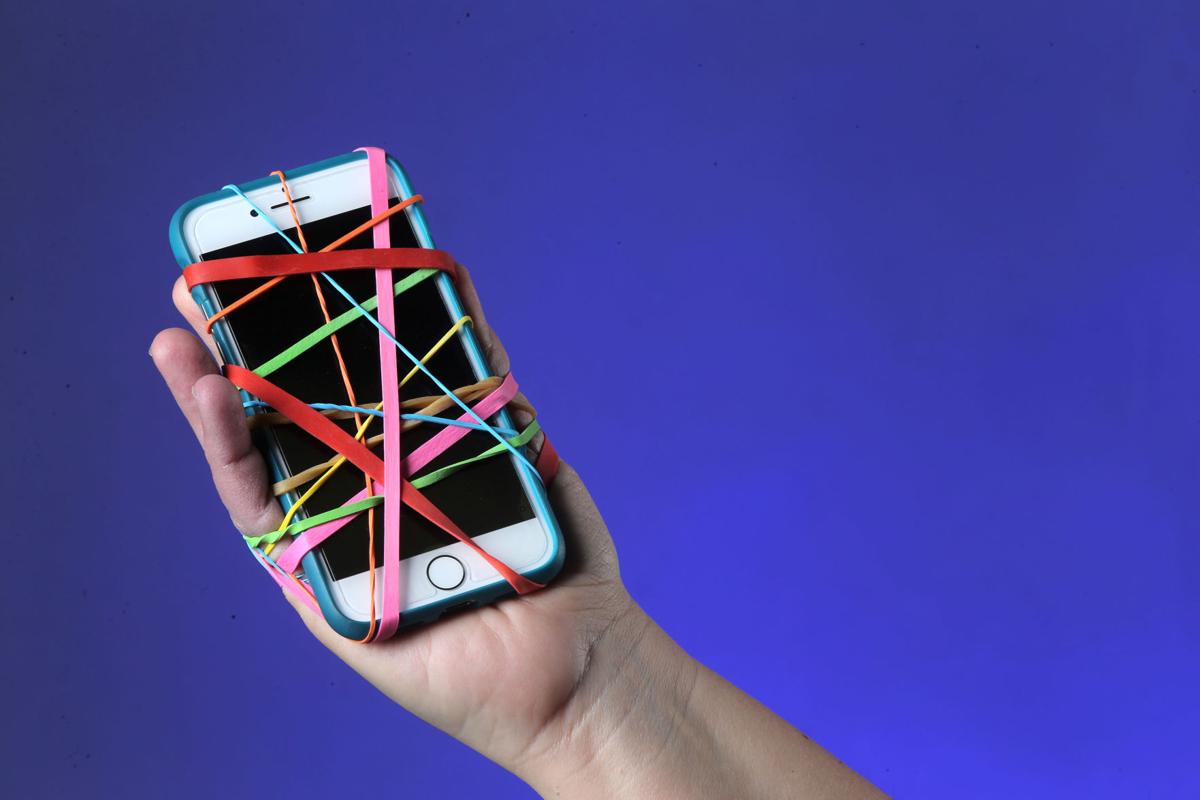 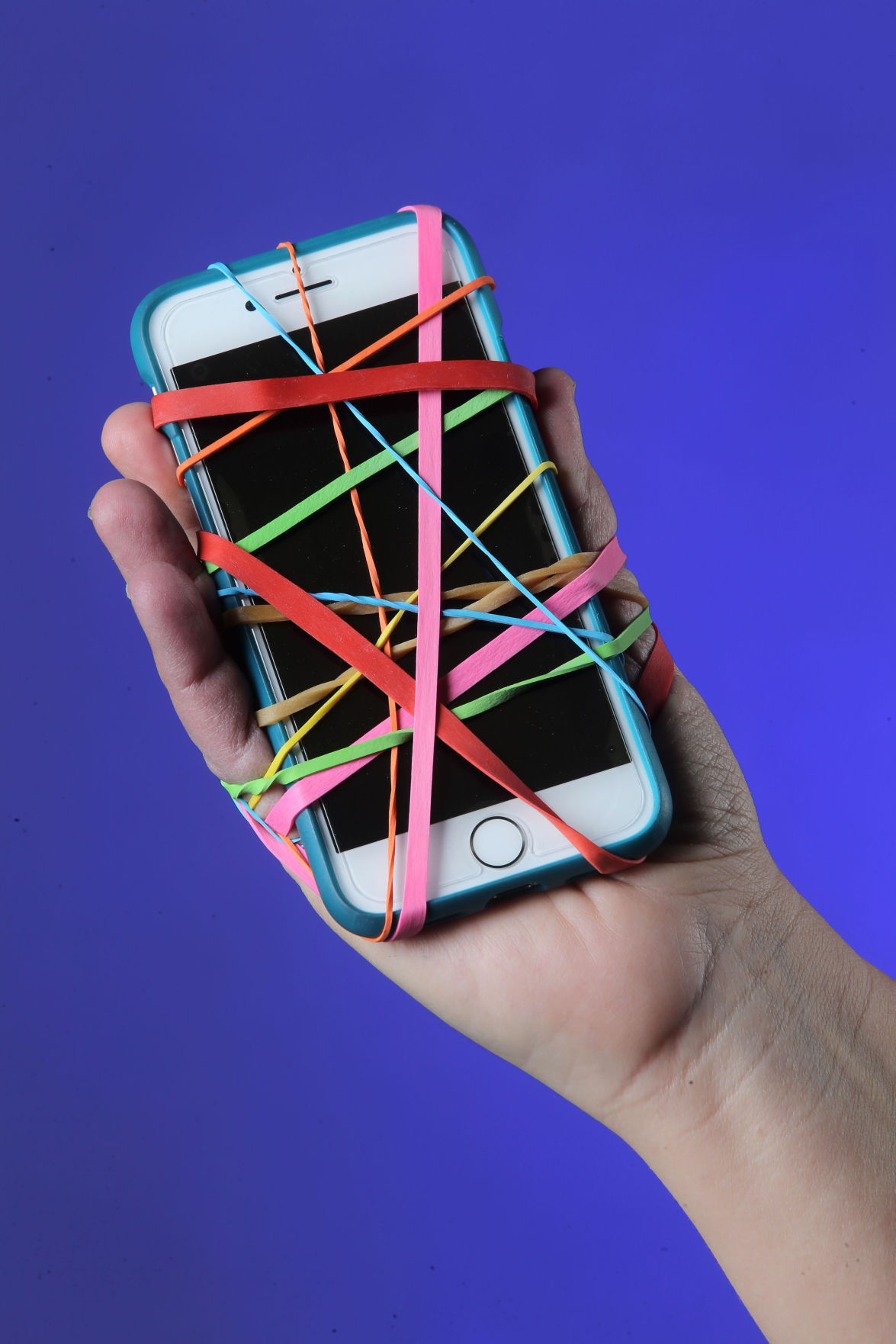 Smaller than a slice of bread, the cell phone holds a library, arcade, mall and a window into distant lives.

The technological marvels have more computing power than the NASA computers that guided the Apollo moon landing missions.

They are increasingly difficult to put down. It’s affecting how many of us interact with the real world.

“It’s a major thing for the families I work with,” said Leah Headings, licensed clinical social worker who counsels children and families. “We are going to have to be careful. It will change our children’s social skills, communications skills and relationships.”

Much of the research focuses on problematic cell phone use in children and teens, but adults aren’t immune. Cell phone and social media use is a major issue for most of the couples Katie Noll counsels through the employee assistance program at NMMC Behavioral Health Center.

“People are spending more time online than with their spouse,” said Noll, who is a licensed master social worker certified in critical incident stress management.

The kids are noticing, too.

“I can’t tell you how many kids complain about parents being on their phones,” Headings said.

There’s some debate about if people can be addicted to cell phones in the same way they are addicted to drugs, alcohol or tobacco. Compulsive gambling is the only behavioral addiction currently recognized as a psychiatric disorder.

However, mental health advocates see a lot of overlap in behaviors. People don’t seem to have conscious control, checking the phone frequently. They can become anxious and fearful they are missing out if separated from the device. The behavior continues despite the potential for negative consequences with relationships, work and distracted driving.

“Research shows that notifications on the phone trigger a dopamine response similar to alcohol or drugs,” Noll said.

For most people, it’s not an option to do without a mobile phone, but they can seek a better balance between the little screen and the rest of life.

If family and friends are complaining about how much time you spend on your phone, it’s a pretty good indication that it’s time to reassess.

“It’s definitely a red flag that it’s impacting your relationship with other people,” Noll said.

People should consider if the phone is impacting their productivity at work.

When it comes to using a cell phone while driving, a harder line needs to be drawn. Distracted driving increases the risk of a motor vehicle crash, which is the leading cause of death for Mississippians under the age of 45.

“You’re jeopardizing your safety and the safety of others to send a text or a Snap Chat,” Noll said.

Setting boundaries around the phone will help with over use and other negative issues.

“You have the power to change it,” Noll said.

It’s important to get away from the phone at bedtime, too, Noll said. The blue light from the screen can disrupt the body’s natural rhythms, making it harder to sleep. It’s best to find other ways to relax in the 30 minutes to an hour before bed time.

You can also give yourself the gift of disconnecting. Noll suggests turning off the phone for 20 minutes and consciously finding something else to do. “If they get off their phones and do other stuff, they end up feeling much better,” Noll said.

“The phone has become the No. 1 reinforcer/motivator for parents,” Headings said.

If parents are going to use the phone in discipline, they need to use it clearly, Headings said. Kids need clear guidance on the problem behavior and how they will get the phone back instead of an open-ended punishment.

Phones are so appealing to kids that parents have to make concerted efforts to help them set boundaries and guide appropriate use that isn’t about punishment.

“Make sure the phone isn’t cutting off physical activity or creative play,” Headings said. “There’s so many different ways children need to use their brains.”

Creating a set area where the cell phone is parked while homework is completed and returns before bed time can help parents set healthy boundaries.

Kids need a lot of guidance on what is safe and appropriate, Headings said. A small child might watch a You Tube video, exchange a comment with someone online and think they’ve made a close friend.

Online interactions can embolden people to be meaner – saying things online they would never say to someone’s face, Headings said. Older kids may have a false sense of privacy and anonymity. But even on apps like Snap Chat, where conversations disappear, screen shots can be used to capture and share.

“There are a lot of rules,” Headings said.

Parents need to watch for signs of obsessiveness both in the amount of time they spend on the devices and their kids’ interactions with others.

“Their self-esteem shouldn’t be wrapped up totally in it,” Headings said. “Encourage other things, so they will be more well-rounded.”

“What kids need to understand is that it’s a privilege not a right,” Headings said.

• Ban cell phones from dinner table at home and restaurants

• Keep phones out of reach while driving

• Reduce the number of notifications

• Park cell phones away from kids and teens at bed time. (It's not a bad idea for adults, either.)