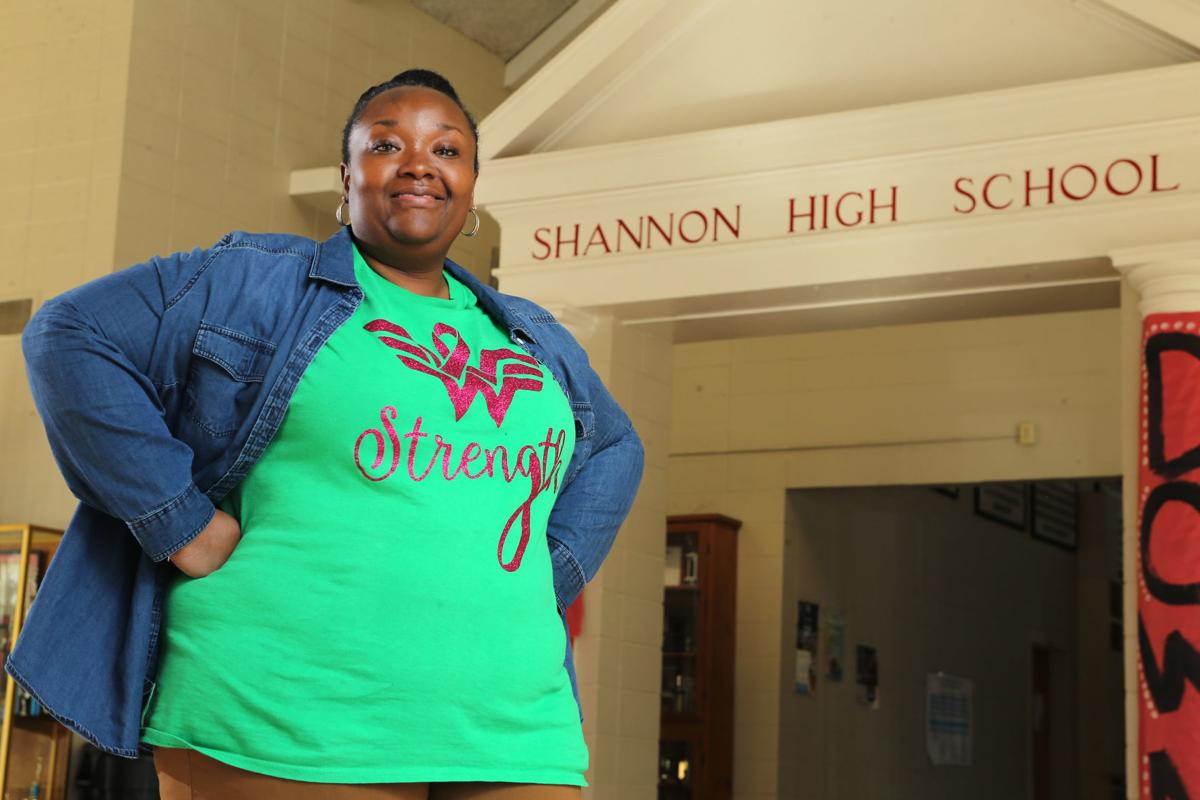 Shannon High School rallied around school counselor Kimberly Johnson after she was diagnosed with breast cancer six months ago. When she had her surgery on April 1, the school held a pink out in her honor. 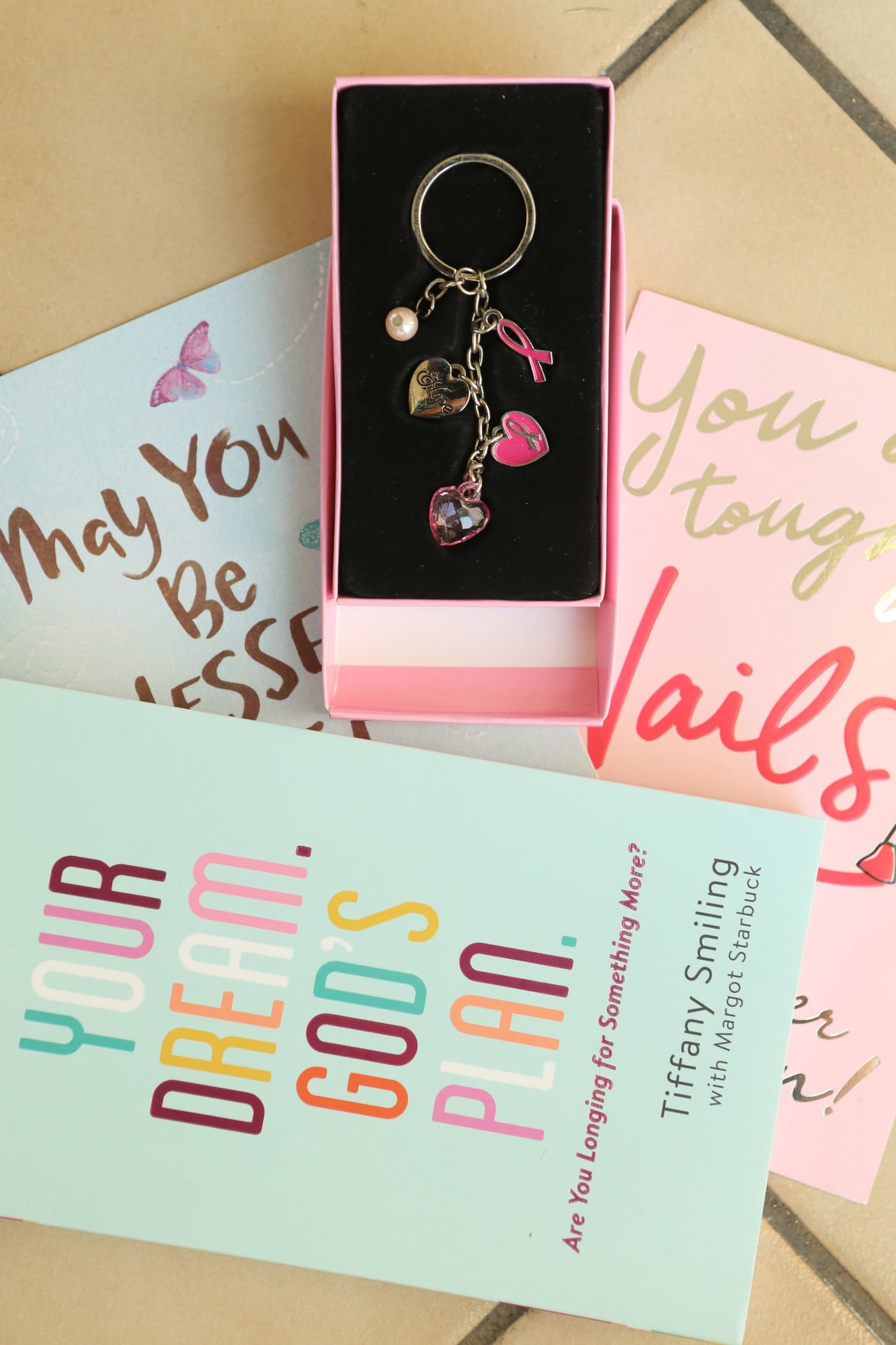 Johnson’s friends and family sent cards and happies that arrived just at the moments she needed them most during her breast cancer journey.

Shannon High School rallied around school counselor Kimberly Johnson after she was diagnosed with breast cancer six months ago. When she had her surgery on April 1, the school held a pink out in her honor.

Johnson’s friends and family sent cards and happies that arrived just at the moments she needed them most during her breast cancer journey.

SHANNON • Until Kimberly Johnson was diagnosed with breast cancer, she didn’t realize she had an army at her back.

When the Shannon High School counselor had breast cancer surgery on April 1, the school organized a pink out in her honor, calling themselves Johnson’s Army.

“I had no idea, no clue,” that so many people would rally around her, said Johnson, who lives in Tupelo with her husband, Amir, and son, Case.

Through her journey, friends and colleagues sent little gifts and cards at just the right moment. A high school classmate sent her a green and pink shirt proclaiming strength

“She told me, ‘You have been handling everything with such grace, I needed to do something for you,’” Johnson said. “I’m forever grateful” to all of those who reached out to her.

Johnson had no fear she would be someone diagnosed with breast cancer at the age of 44. She had no family history of breast cancer. However, she had been diligent about annual mammograms since turning 40.

“You never know, and I didn’t want to be surprised,” Johnson said.

However, it wasn’t a screening mammogram that revealed her cancer.

“It was completely by chance,” Johnson said.

Johnson and her family were focused on helping Amir Johnson through trouble with kidney stones when she had flashes of discomfort across her chest. When they persisted for a week, she went to get them checked out by her physician. Although it wasn’t quite time for her screening mammogram, they opted for a mammogram out of an abundance of caution.

Johnson was on her way to the hospital when she got the word her mammogram results indicated cancer. She sat in the car, collecting her thoughts before heading into the hospital where her husband was having a kidney stone procedure.

“He was in recovery, but he looked at me and knew something was wrong,” Johnson said.

Johnson was diagnosed with invasive ductal carcinoma at a very early Stage I.

The first day she returned to school after her biopsy, she debated posting her breast cancer news, but decided to hit send on a Facebook post. The response was overwhelming and heart-warming.

As a mental health professional who worked in community health before moving into school counseling, Johnson knew that it was healthier for her to be open about her cancer. She also hoped she could shed light on the process for those who feared breast cancer.

“Somebody may not go because they are afraid to go,” Johnson said.

Her husband, who is normally a quiet person, stepped out of his comfort zone to make sure they understood her treatment options.

“He would ask a billion questions during doctors’ visits,” Johnson said.

Because her breast cancer had been caught at a very early stage, Johnson had choices. She opted for a lumpectomy followed by radiation. She returned to work part-time in late April, to help manage testing at the school. As soon as she healed from surgery, she started 20 radiation treatments.

“I would go to radiation and come back and work,” Johnson said. “At the beginning it was fine; during the middle and the end, the fatigue and the burns set in; I was blessed because it wasn’t too bad.”

“People got to follow along on the journey,” Johnson said.

She leaned on friends, family and a deep faith that helped her deal with the tough times.

“I just always know He’s there,” Johnson said. “You can only control what you can control and that’s it.”

The second lesson was to make her physical and mental health a priority. Part of that is admitting when she’s not feeling strong and asking for what she needs. When she tried to come back to work too quickly after surgery, she had to back up and take more time.

She also learned she is not alone. Because she shared her journey, many others survivors reached out and shared their stories. Two of her Alpha Kappa Alpha sorority pledge class members have also been diagnosed.

“It affects one in eight,” said Johnson, who just received a good report on her six-month check up. “I just happen to be that one.”