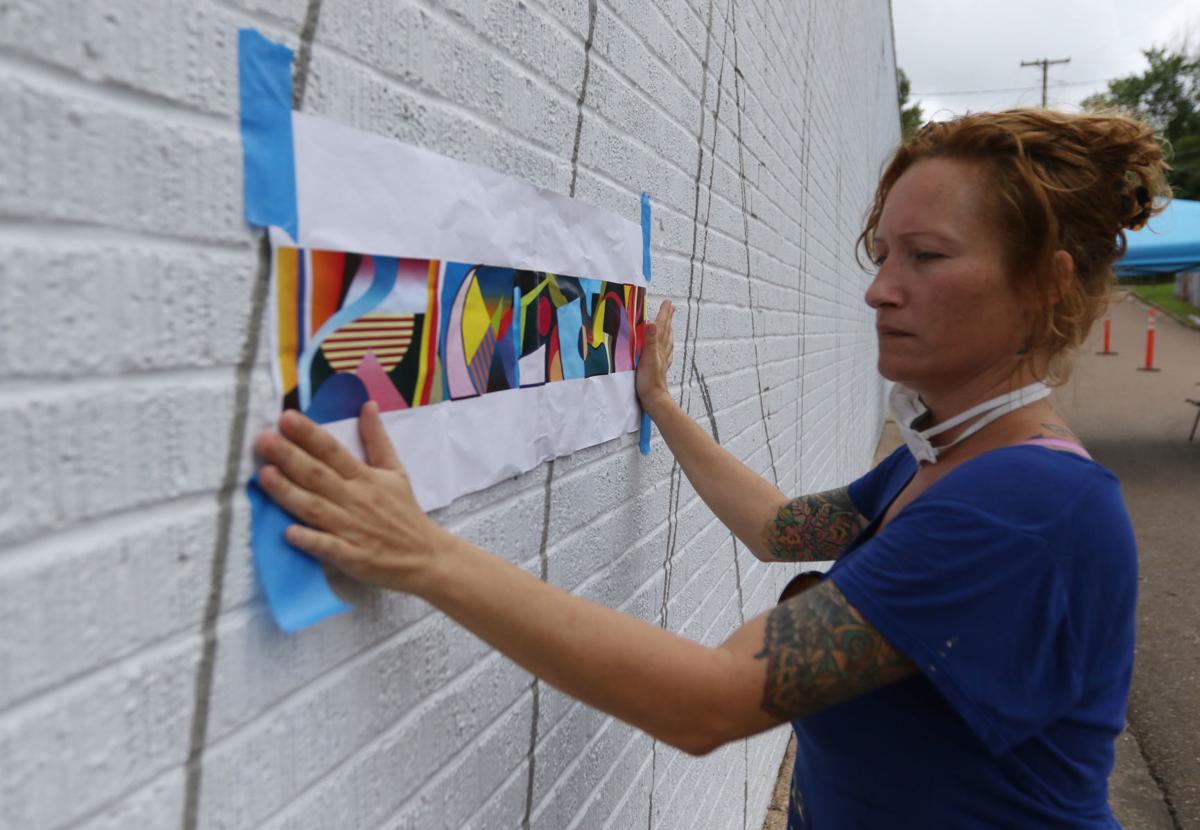 JoLean Laborde of New Orleans places an illustration of the mural she and Wendell Brunious are painting on the side of Sneed’s Ace Hardware in Oxford. 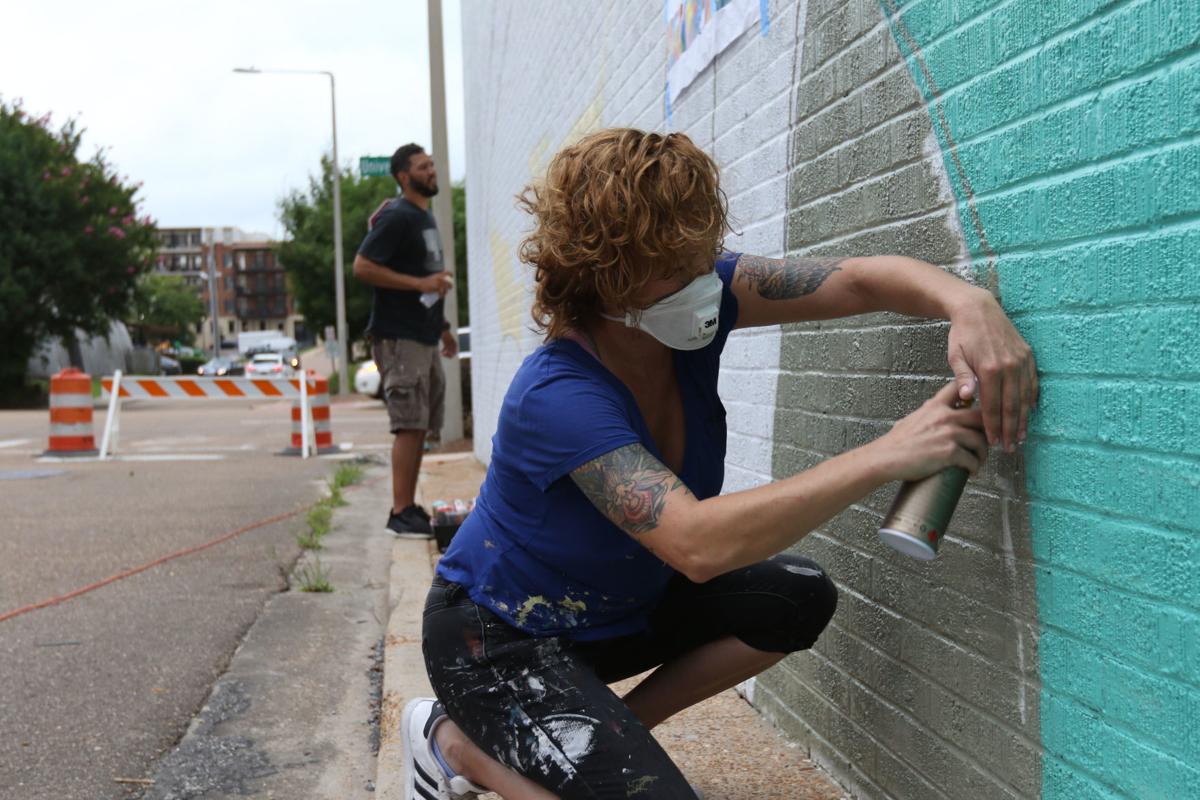 JoLean Laborde and Wendell Brunious of New Orleans paint a mural on the side of Sneed's Ace Hardware in Oxford Thursday morning. 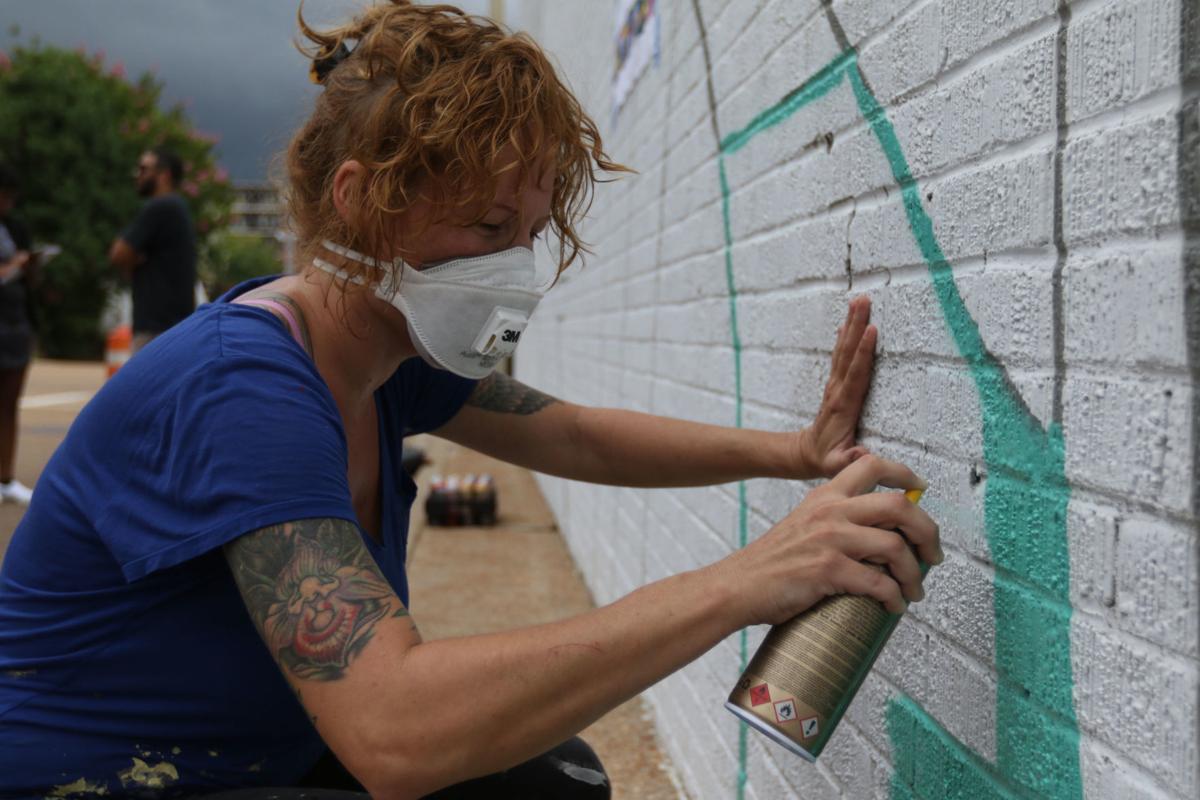 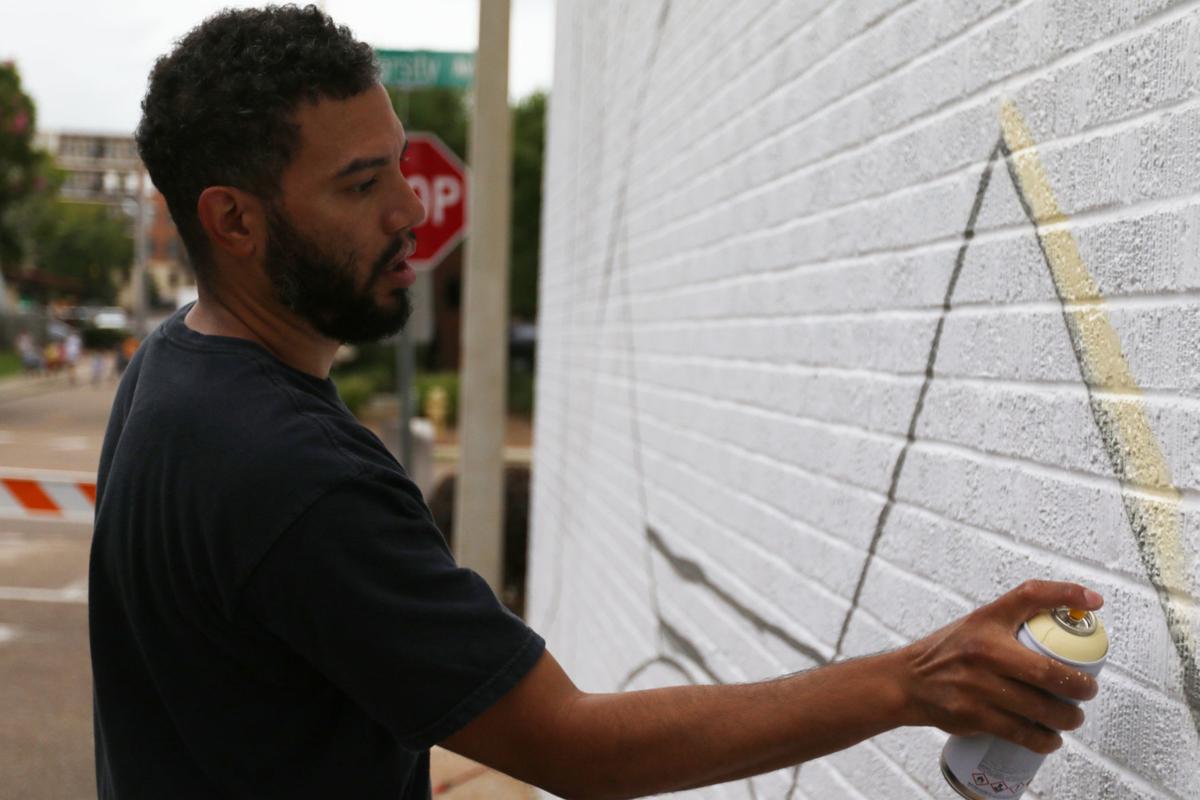 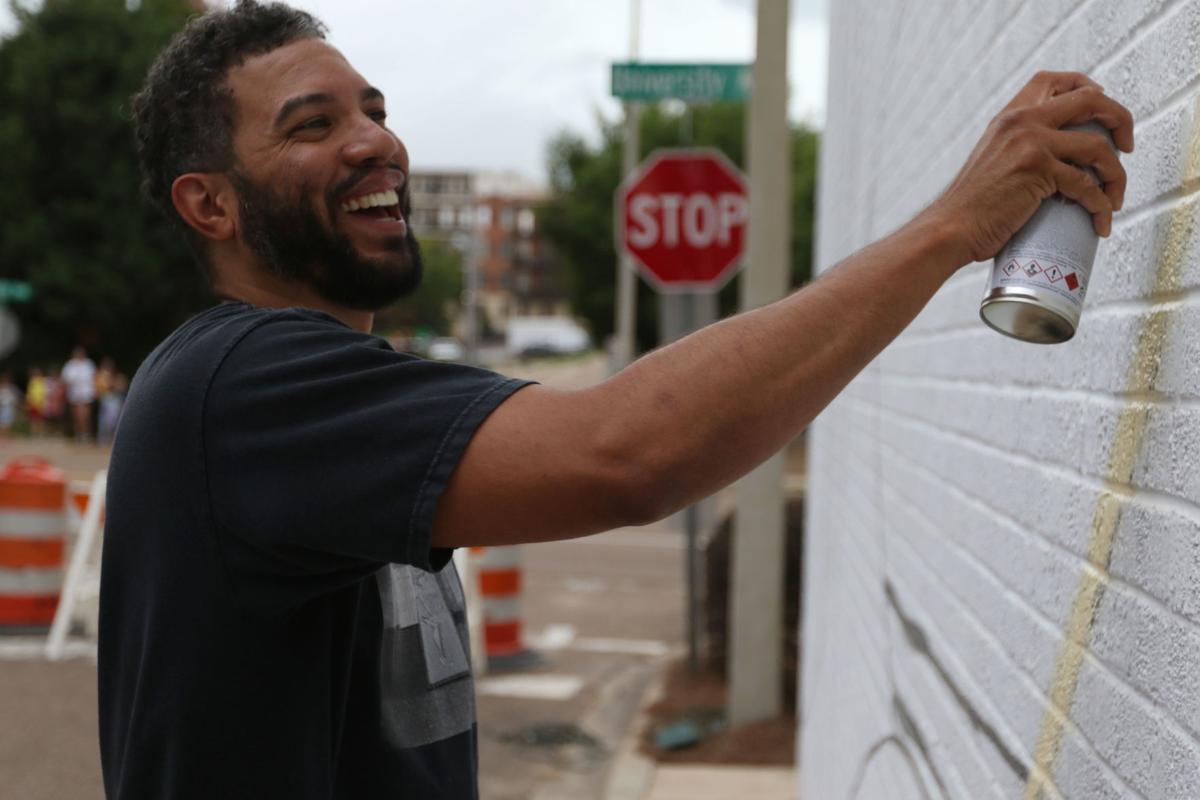 JoLean Laborde of New Orleans places an illustration of the mural she and Wendell Brunious are painting on the side of Sneed’s Ace Hardware in Oxford.

JoLean Laborde and Wendell Brunious of New Orleans paint a mural on the side of Sneed's Ace Hardware in Oxford Thursday morning.

OXFORD • Oxford is becoming a little more colorful thanks to its first mural, which is being painted on the side of Sneed’s Ace Hardware. Painting began Thursday and is expected to be finished by Sunday or next weekend, depending on the weather.

The mural will be an abstract piece. Store owner David Shaw said his vision for the mural was for it to be more artistic rather than a representation of Oxford. Because of this, the concept for the mural is one mostly decided by artists Wendell J. Brunious and JoLean B. Laborde of New Orleans.

Brunious and Laborde are basing their piece on the movement of colors. The goal is to make the mural three-dimensional with the choices of colors and shapes. Brunious said since the owners wanted the piece to be non-representational of Oxford, he and Laborde decided to have freestyle shapes and reference past images of theirs for inspiration. Angel Perdermo was also scheduled to arrive Friday to assist in creating the mural.

“Our process starts out as simple as, like a child or any other artist, it’s a sketch ... We’ve basically written down what colors go where, and we’ll divide the workload up between the three of us,” Laborde said.

With this design, Brunious and Laborde started by picking colors at random and building off of them in a way that made sense with the color pallet. Brunious said they were able to do this thanks to their experience. The two have been painting murals since 2014, doing their first in Austin, Texas. Since then, they have travelled through Texas, Mississippi, Korea and Malaysia and completed more than 30 murals.

Dismuke said talks of a mural had been on and off for two years with Shaw. Brunious and Laborde submitted a design earlier between April and May. Dismuke had Shaw and his wife Susan choose between them and three different artists.

“I hope (this mural) sparks other forward-thinking business owners like David and Susan to maybe follow suit and do something similar. There’s a lot of potential in Oxford to do this,” Dismuke said.

After selecting Brunious and Laborde, the group then did follow-up video calls to discuss ideas. Shaw said that the final vision was ultimately that of the artists rather than his wife and him.

“We told them more of what we didn’t want than what we did want because it’s their medium and they’ve got the talent as far as the art goes. We wanted it to be their creation,” Shaw said.

Brunious said they are honored to be the first to do a mural for Oxford and hope to inspire both viewers and artists.

“People can interpret it however they want. That’s the importance of the abstract form, that people can see what they want to see in it, but as far as for the city, we hope it inspires other artists in and around this city (to know) that they can do this as well,” Brunious said.