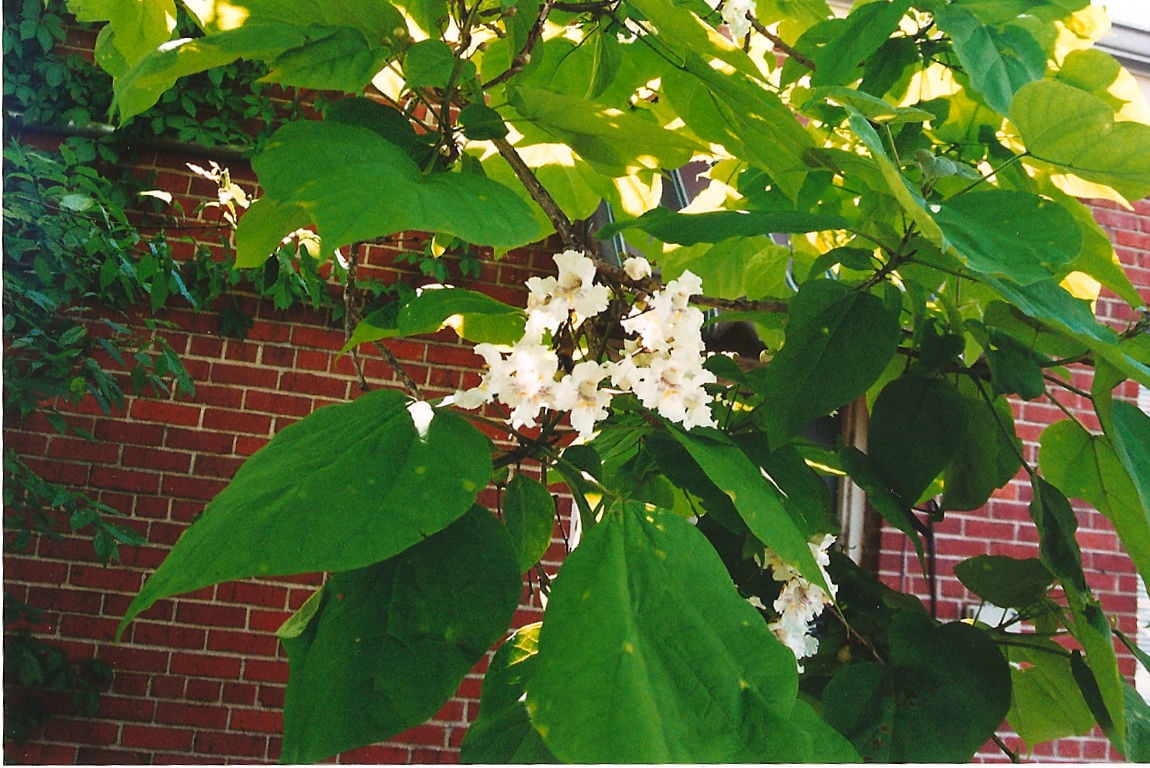 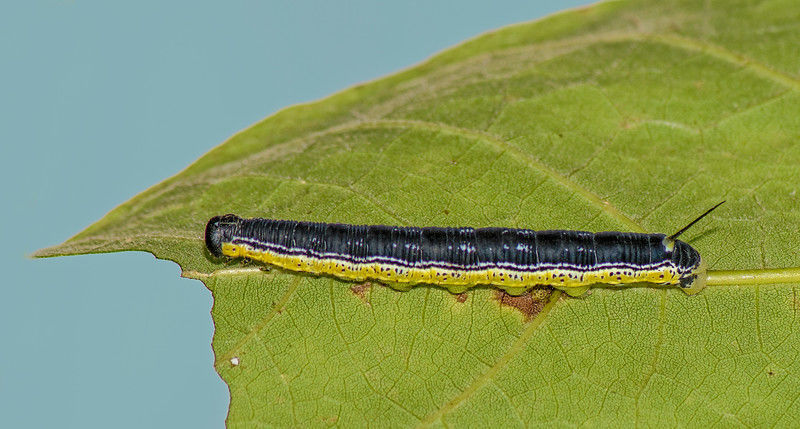 As one goes around town about one’s daily routine, there are city trees that become like old friends – steadfast and true amidst the changing of the seasons and standing like sentinels through the many years. Every spring in a sort of out-of-the-way place and unbeknownst to many, a handsome Catalpa tree would faithfully sport gorgeous, orchid-like blossoms that were worth going out of one’s way to see. And so it was with dismay that the Earth Lady discovered that one of her arboreal friends, a Catalpa tree, was gone.

There was once a time when a Catalpa tree was quite familiar to most folks who lived in the Deep South, but, alas, times have changed. The Southern Catalpa tree, Catalpa bignonioides, is a native, deciduous tree. It has large heart-shaped leaves that can grow to be a foot long, and it has large panicles of white, tubular flowers that are streaked with purple and yellow lines. After flowering, it has long pendulous, bean-like seedpods, which are another prominent feature, and as a result, it is also often called a “bean” tree or a “cigar” tree. The word “Catalpa” is Cherokee.

The woodman, who did not spare the beloved Catalpa tree, might have done so, if he had been a fisherman, for the Catalpa tree is also known colloquially as the “fishbait” tree. Because this tree is the only host plant for the Catalpa Sphinx Moth, in certain years, this species of tree is virtually covered with hoards of caterpillars that are prized as fish bait. When the caterpillars are impaled on a hook, they emit a green, gooey secretion that fish, especially bass and catfish, find irresistible. If the fisherman has other more prosaic responsibilities at the time, the caterpillars can be frozen for future fishing expeditions. (This is when one needs an understanding spouse.) On long ago rides in the country, one could tell where the fishermen lived – there would be a row of Catalpa trees. The fishermen probably rhapsodized about the “worms,” not the lovely flowers.

The Catalpa tree does have some characteristics that tidy gardeners find troublesome. This tree has a propensity to litter. It sheds flowers, leaves, and seedpods, and of course, the debris must be raked. Some gardeners consider this tree to be invasive, and it is best to plant this tree in a natural setting away from buildings. Should the caterpillar infestation be prodigious, the tree can be almost defoliated. However, the extraordinary beauty of this tree, especially when it blooms, is worth a few inconveniences.

Unfortunately, there are tree snobs in this world who would disparage “wormy” trees that litter, but just remember, George Washington, the “Father of Our Country” and an unabashed tree hugger, proudly planted Catalpa trees at his beloved Mt. Vernon. At Monticello, Thomas Jefferson’s home, Catalpa trees were planted in the upper grove, and Catalpa was one of the American trees Jefferson recommended to Madam de Tessé, his friend in Paris. And there are still a few “good old boys” around that appreciate the Catalpa tree, especially when the fish are jumping, so, “Woodman, spare that tree!”

THE EARTH LADY by Margaret Gratz appears once a month in the Daily Journal.