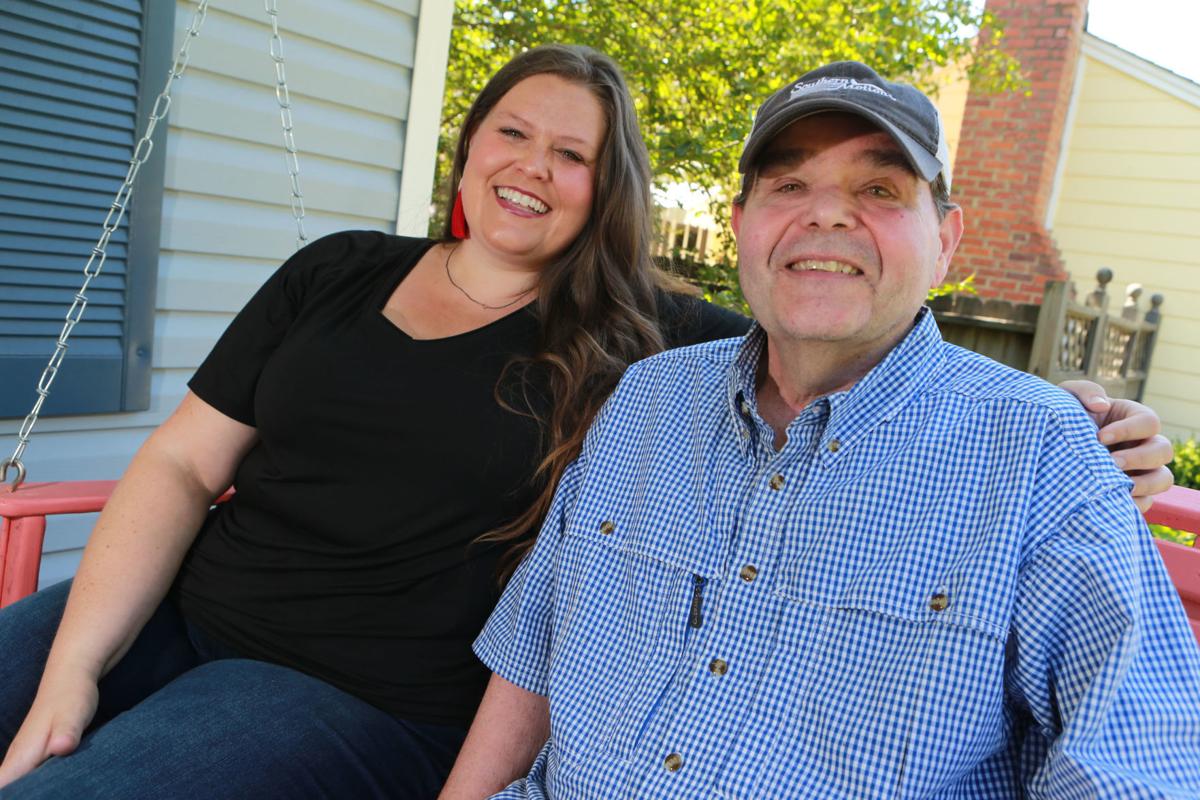 Lane McClellan and her father, Danny, enjoy some time together on Lane’s front porch in Tupelo. Danny McClellan was diagnosed with ALS, or Lou Gehrig’s Disease, last September. 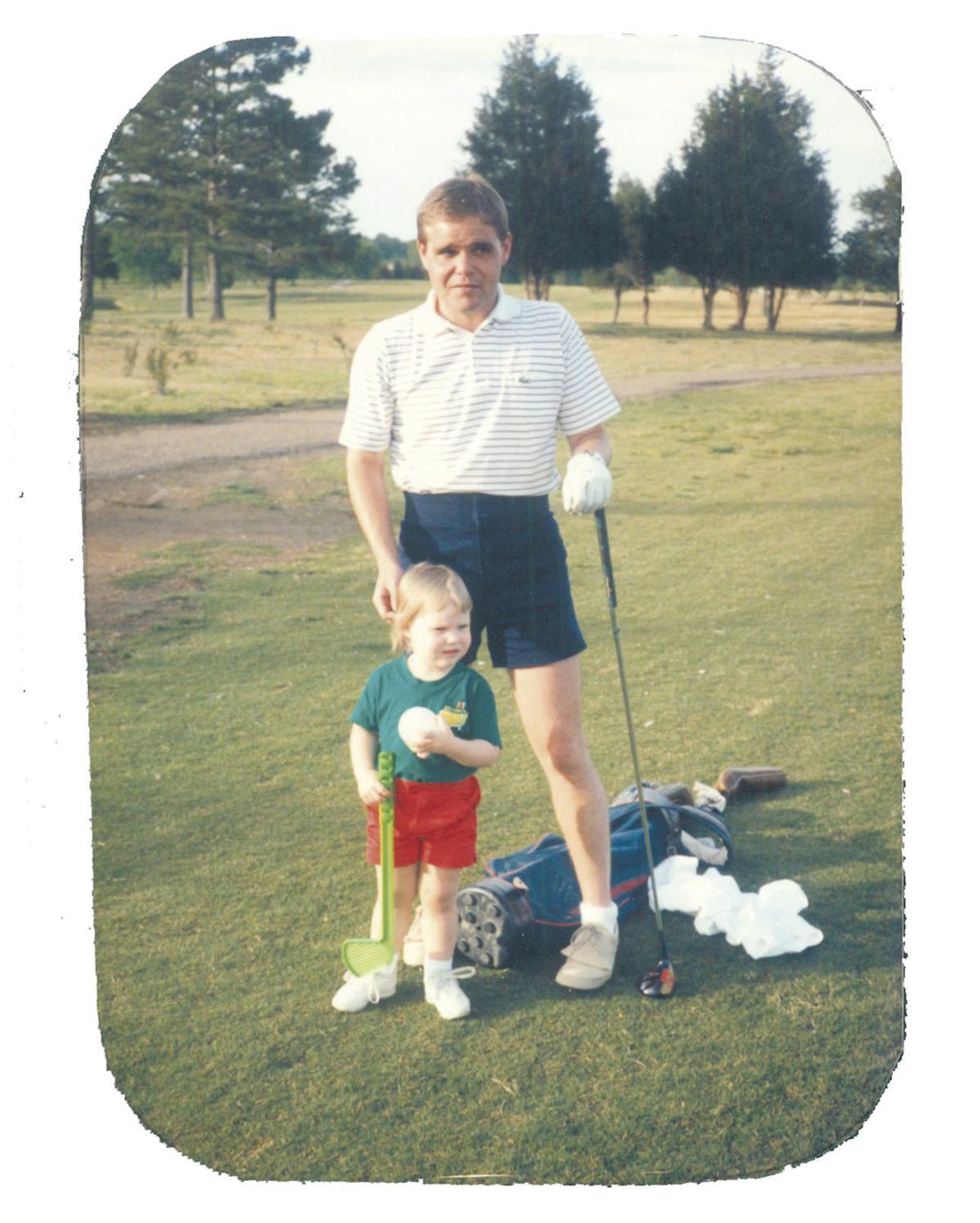 Danny and Lane McClellan enjoy a game of golf in 1986. A love of sports is one thing the father-daughter duo has in common. 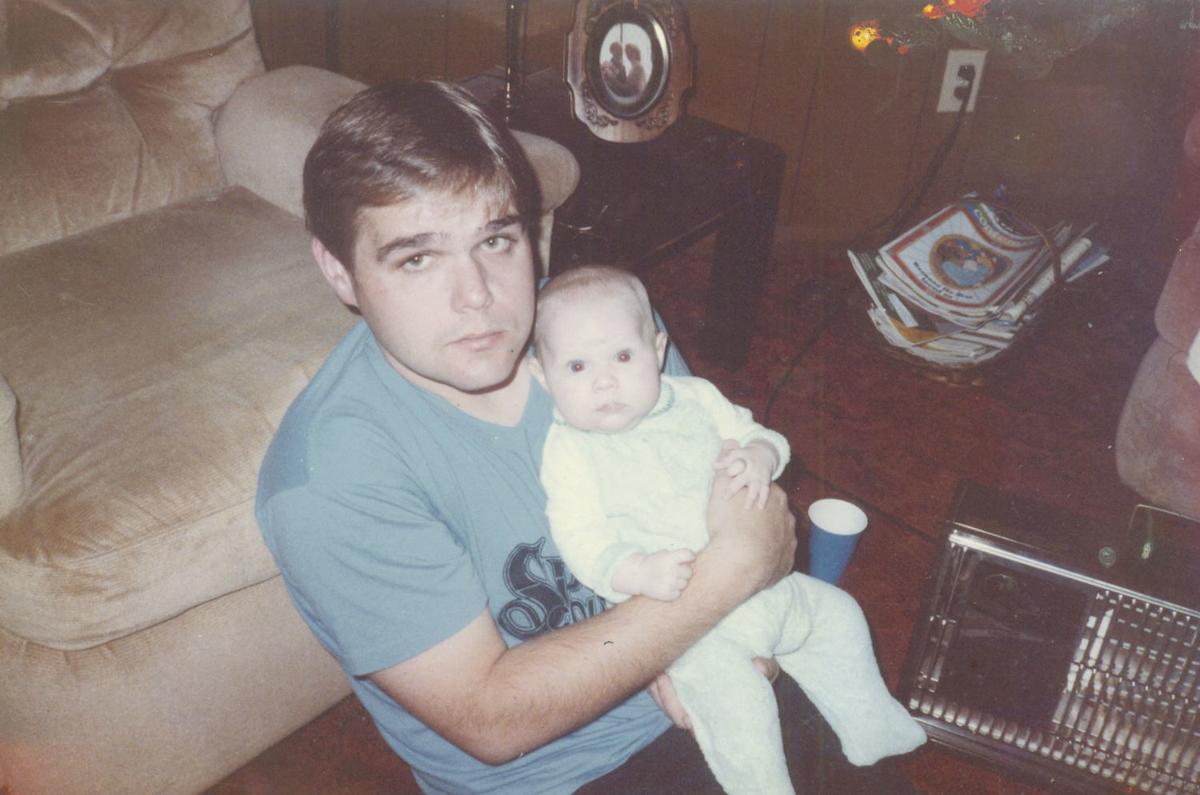 Lane McClellan and her father, Danny, enjoy some time together on Lane’s front porch in Tupelo. Danny McClellan was diagnosed with ALS, or Lou Gehrig’s Disease, last September.

Danny and Lane McClellan enjoy a game of golf in 1986. A love of sports is one thing the father-daughter duo has in common.

TUPELO • In April 2019, Danny McClellan was in the midst of his weekly golf game with friends when his neck started hurting. He figured he might have a disc problem so he made a doctor’s appointment.

One medical visit led to another and then another. There were MRIs and nerve blocks. Nothing helped. Meanwhile, he was losing muscle mass in his right hand. Eventually he ended up at a clinic at Memphis, where the doctor recommended he see a neurologist.

On Sept. 4, McClellan made an appointment to see Sam Newell, a neurologist in Tupelo and a longtime family friend.

“He’s the one who had to tell me I have Lou Gehrig’s Disease,” McClellan said. “I got a second opinion in Memphis with an ALS specialist who confirmed the diagnosis.”

ALS, or amyotrophic lateral sclerosis, is a progressive neurodegenerative disease that affects nerve cells in the brain and spinal cord. The disease was identified in 1869 by French neurologist Jean-Martin Charcot but became more widely known in 1939 when it ended the career of one of baseball’s most beloved players, Lou Gehrig. For many years, ALS was commonly called Lou Gehrig’s Disease.

There is no cure yet for ALS.

“It seems like every day something is a little off,” said McClellan, who has been using a cane since May. “I don’t have any trouble swallowing, but I do sleep with a machine that blows air into my lungs.”

Even after his diagnosis last fall, McClellan, 63, continued to work at Southern Motion in Pontotoc, where he’d been for 12 years. Before that, he was with Action Industries/Lane Furniture for 29 years.

“Had the coronavirus not happened, I don’t know if I wouldn’t be working now,” he said. “March 13 was my last day of work at the plant. I worked a little bit from home as a consultant after that.”

Being idle is foreign to McClellan, who’s better known as Danny Mac to his friends.

“He’s worked his entire life, since he was a teenager,” said his daughter, Lane, who also lives in Tupelo. “That’s all he’s ever known is work.”

The day after his diagnosis, McClellan started taking one of two treatments for ALS that are FDA-approved. The first, a pill called Riluzole, may help slow the progression of the disease.

The other treatment, Radicava, is an infusion drug McClellan has just recently started. When his insurance company wouldn’t cover the drug, McClellan and his wife, Amy, had to bear much of the cost out of pocket. Annually, the treatment costs about $150,000.

“I’ve now been approved for Medicare, and it should start paying for it in September,” McClellan said. “I also take some supplements to help my body. I’ve changed my diet, tried to eat more healthfully.”

McClellan gets through his days by relying on his faith, his family and his friends.

“That’s a big part of my life right,” he said. “I don’t have a bucket list. Amy asked me about that early on. I told her I just want to be around family and friends. When I first got the diagnosis, I was mad. I told my preacher, ‘Why is this happening to me?’ But then I figured, maybe the Lord’s using me as a witness, to bring people to Jesus.”

McClellan, a lifelong Tupeloan and member of Calvary Baptist Church, said as soon as his friends found out about his diagnosis, they rallied around him.

“We started going to breakfast together on Saturday mornings, to various restaurants,” he said. “The pandemic has put a stop to that right now, but they still call and check on me. I’ve always thought of myself as being blessed by a group of close friends.”

“It’s funny how things come full circle,” said Lane, a mental health therapist. “You have friends and then things happen in the in-between years, but then something brings you back together.”

There is one other drug to treat ALS that’s stuck in FDA trials called NurOwn, Lane said.

“A lot of ALS advocates are pushing for people to reach out to politicians to help rush it through the process,” she said. “People in the trial are responding well to it. There is no cure for ALS yet, which is why we have such a sense of urgency.”

The rate at which ALS progresses varies from one person to another. Although the mean survival time with ALS is three to five years, some people live 10 years or more. Not all people with ALS experience the same symptoms or the same patterns of progression, but progressive muscle weakness and paralysis are universally experienced.

“I know people hear our story and feel helpless right now, but if they can reach out to an advocacy website (iamals.org or stevensnation.com), that’s one thing they can do for us,” she said.

Lane said she and her sister, Kristen, who is a special education teacher in Colorado, have run out of traditional gift ideas for their dad for Father’s Day. But maybe telling his story and raising awareness about ALS is the best gift they can give him as they celebrate today.

“One of my favorite things about him is that he’s so kind,” Lane said. “No matter where we go, we tend to run into somebody, somebody who worked for him, somebody he knows, and he always remembers them, remembers their name. I’m so proud to be his daughter. I’ve never heard an unkind word about him. Everybody just sings his praises.”

With no cure yet for ALS, McClellan knows his time left could be limited to just a few years. And he’s at peace with that.

“I take it one day at a time,” he said. “When I get up, I thank the Lord for waking me up, letting me walk. I thank him for letting me get up every day and I hope I can get up the next day. I’ve had a great 63 years. Whatever happens, I’m ready. I wouldn’t do anything different.”

To learn more about ALS or its advocacy websites, visit: