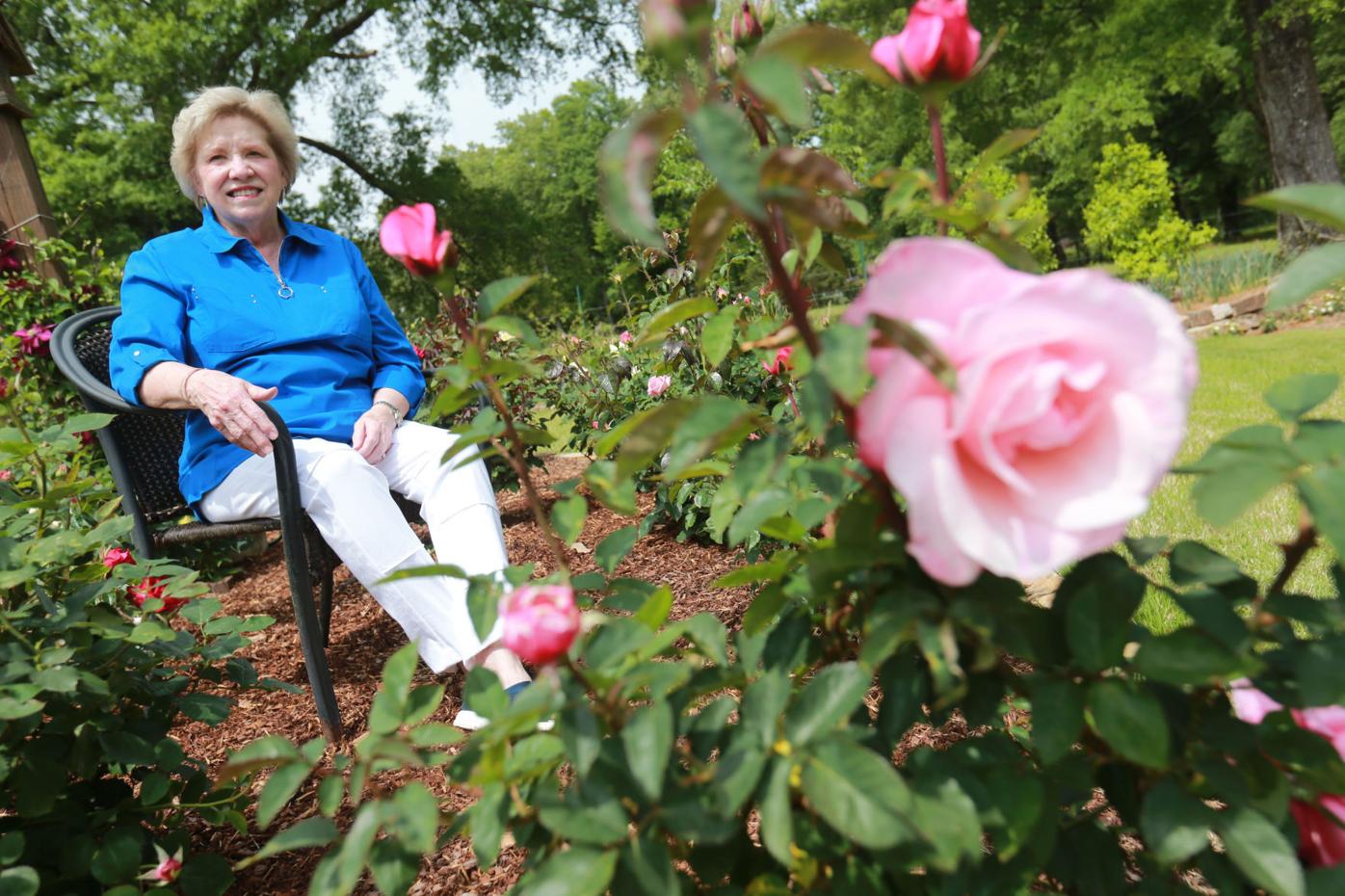 Lee Pryor Caldwell sits in her rose garden, which has 23 hybrid tea and Floribunda roses. A member of the Northeast Mississippi Rose Society, Caldwell will be exhibiting of her flowers at the annual Rose Show on May 6 at Renasant Bank in downtown Tupelo. 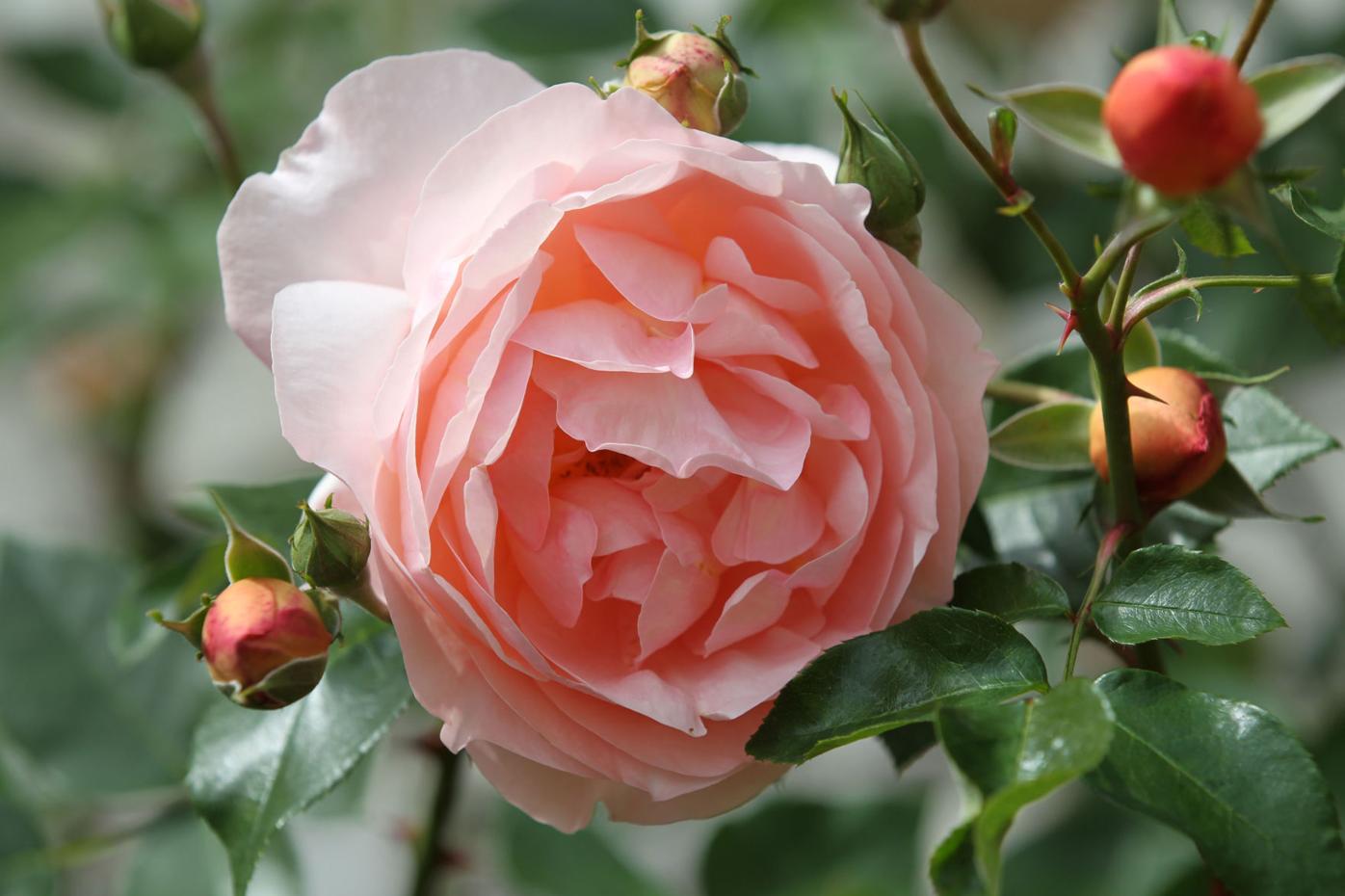 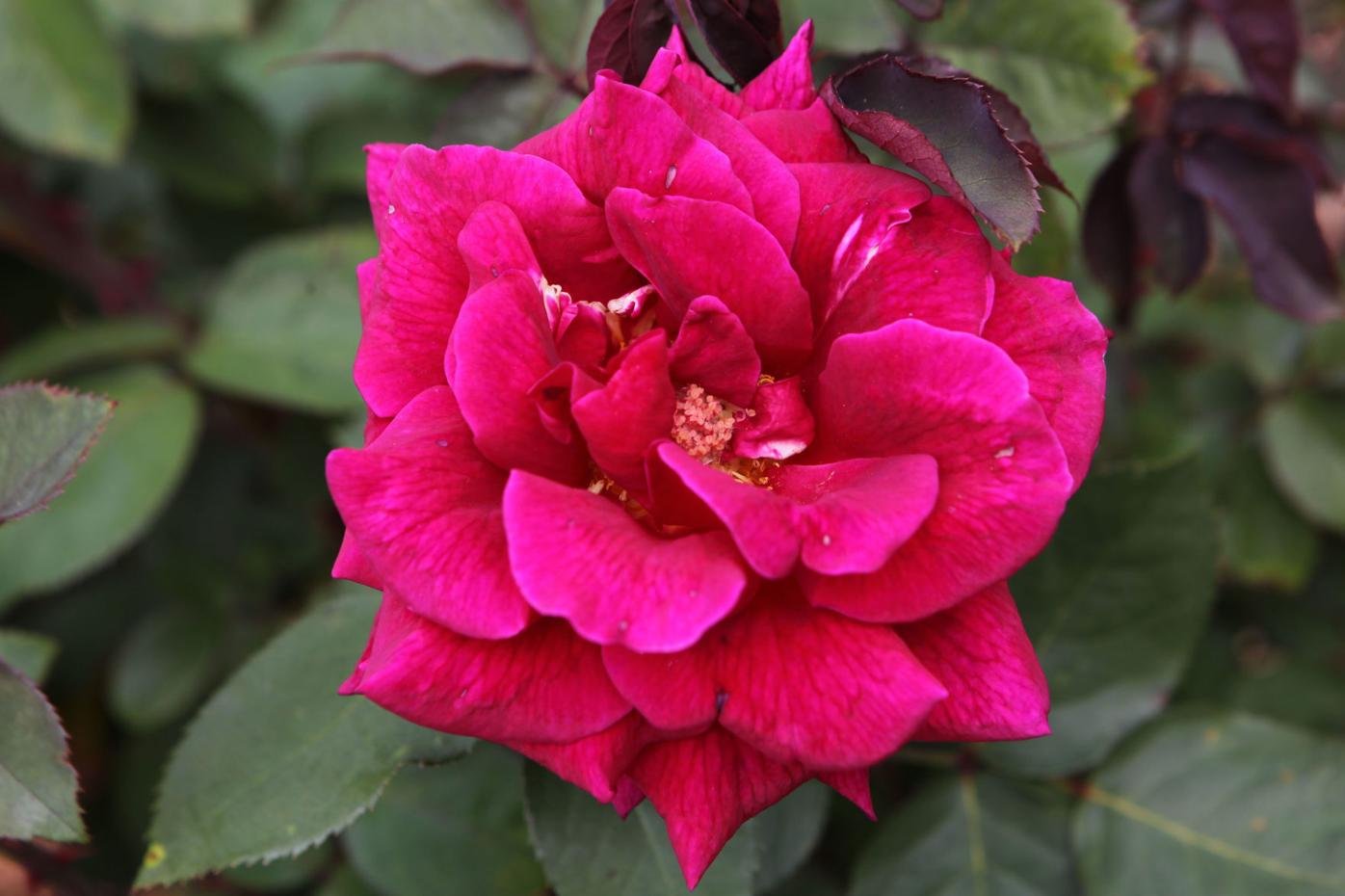 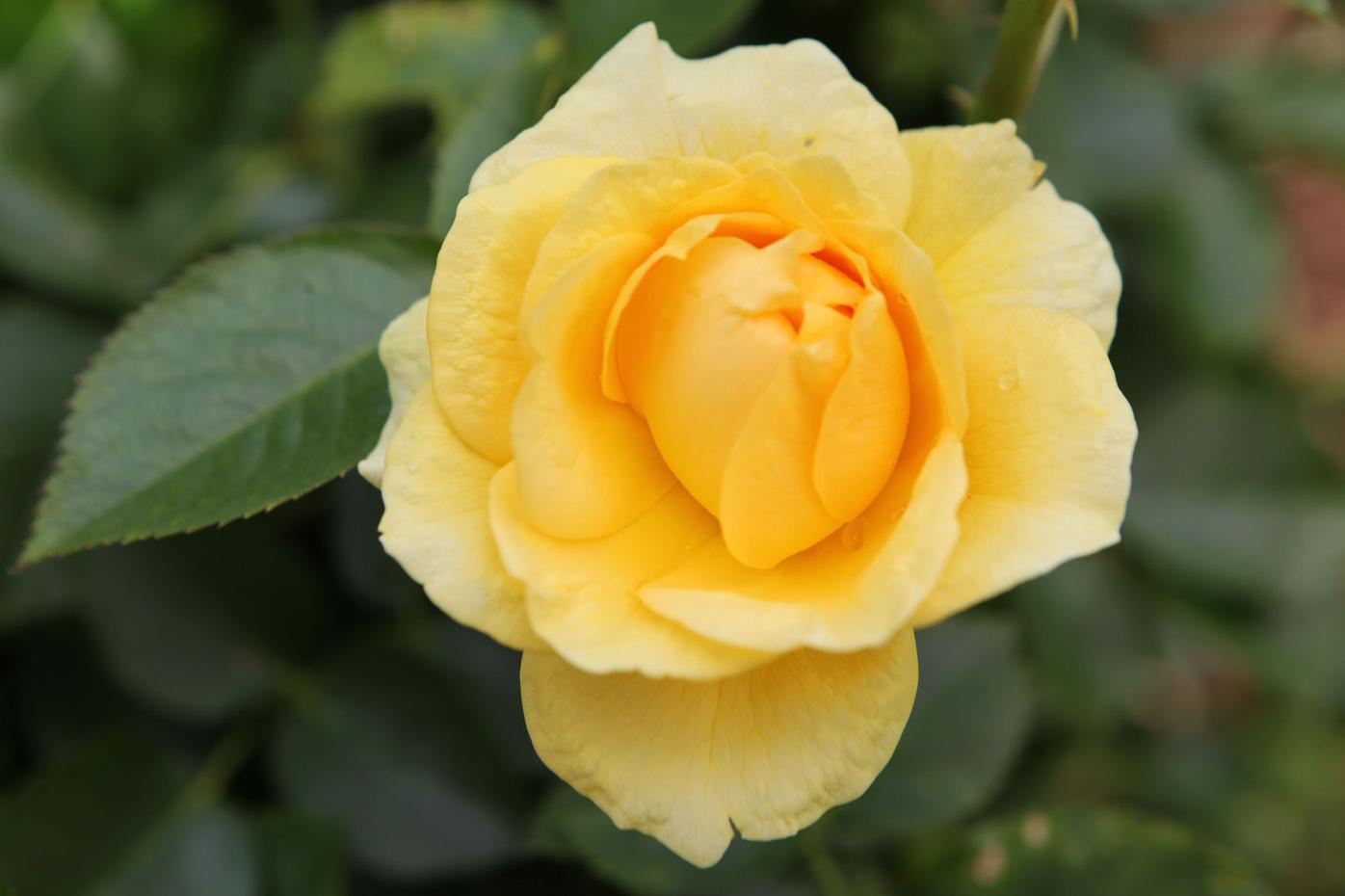 Lee Pryor Caldwell sits in her rose garden, which has 23 hybrid tea and Floribunda roses. A member of the Northeast Mississippi Rose Society, Caldwell will be exhibiting of her flowers at the annual Rose Show on May 6 at Renasant Bank in downtown Tupelo.

TUPELO – When Lee Pryor Caldwell and her husband, Rudy, moved to Tupelo in 1972, they built a big rose bed at the end of their driveway.

"I'd always had a rose or two, but that bed probably had 30 roses in it," she said. "When we moved to a new house in '91, I told Rudy I wanted a rose garden for our 30th wedding anniversary. It took three years, but I got a gazebo with a rose garden around it. I probably had 45 or 50 roses, but that counts everything – drift roses and Knock Outs, as well as hybrid teas."

Three years ago, the Caldwells downsized and moved again. The first thing they did was build her a rose garden.

"I've been a member of the Northeast Mississippi Rose Society for, I think, 20 years," Caldwell said. "I'm also a Master Gardener and a member of the Tupelo Garden Club. Obviously, this is a hobby I enjoy."

Caldwell will be entering some of her flowers in the rose society's 21st Annual Rose Show on May 6 in the main lobby of Renasant Bank in downtown Tupelo. Anyone who grows roses can enter the show, and there is no fee to participate. Entries will be accepted between 8:30 and 10 a.m. The show is open to the public from 9 a.m. to 3:30 p.m., and judging will take place between 10:30 a.m. and noon.

"Everyone is welcome to exhibit," said Tracy Kramer, publicity chairman for the show. "Basically, we want everyone to come exhibit a rose or an arrangement. We'll help people get their exhibit tickets filled out. Our show is very low-key. We follow American Rose Society rules and have ARS judges, but we just want people to come show off their roses."

Last year, the Northeast Mississippi Rose Society wasn't able to have its annual May show because of the COVID-19 pandemic.

"But we did take roses to the bank in October for employees," Kramer said. "We just wanted to do something nice for the bank personnel. We're thrilled with Renasant Bank for making this show possible every year."

In Caldwell's new rose bed, she has 23 hybrid tea and Floribunda roses.

"And I have two open spaces, so I get to buy two new ones this year," she said. "You lose a few every year, but that's kind of fun because you get to buy new varieties."

Some of Caldwell's favorites hybrid teas include First Prize, Veterans' Honor, Mister Lincoln and Crescendo. Another pet rose is Peace.

"My grandmother grew hybrid teas when I was little, and I think that's why I love the Peace rose," she said. "That was one of her favorites. It's really easier than ever to grow roses now. They've developed disease-resistant varieties and made improvements in the chemicals we use."

In the front of Caldwell's Tupelo home, behind a row of apricot-colored drift roses, is one of Caldwell's most precious plants. It's a peach-colored Floribunda, called Heaven on Earth.

"When (longtime Tupelo rosarian) Tommie Bourland passed away, her daughters let members of the rose society come to her home and get her roses," Caldwell said. "I got several bushes, but when we downsized and moved here, this is the only one we brought with us. It means a lot to me that it was hers."

Last year, Caldwell had trouble with deer coming into her yard and munching on her prized plants.

"So I bought a water blaster," she said. "It works on a motion detector. When the deer walk past it, it squirts them with water. Trouble is, I forget to turn it off, and the next morning, I come out to check my roses and get soaked."

At Caldwell's previous home, she had 2 acres of yard to plant and tend. Now, her backyard spans about 30 feet.

"I'm thrilled with it," she said. "It's enough for me. I like to cut roses and take them to people when they're having an event at their house or if they just need cheering up. I've gotten to where I take roses to people instead of food. I'm proud of my roses. It's nice to know there's one thing I can do well."