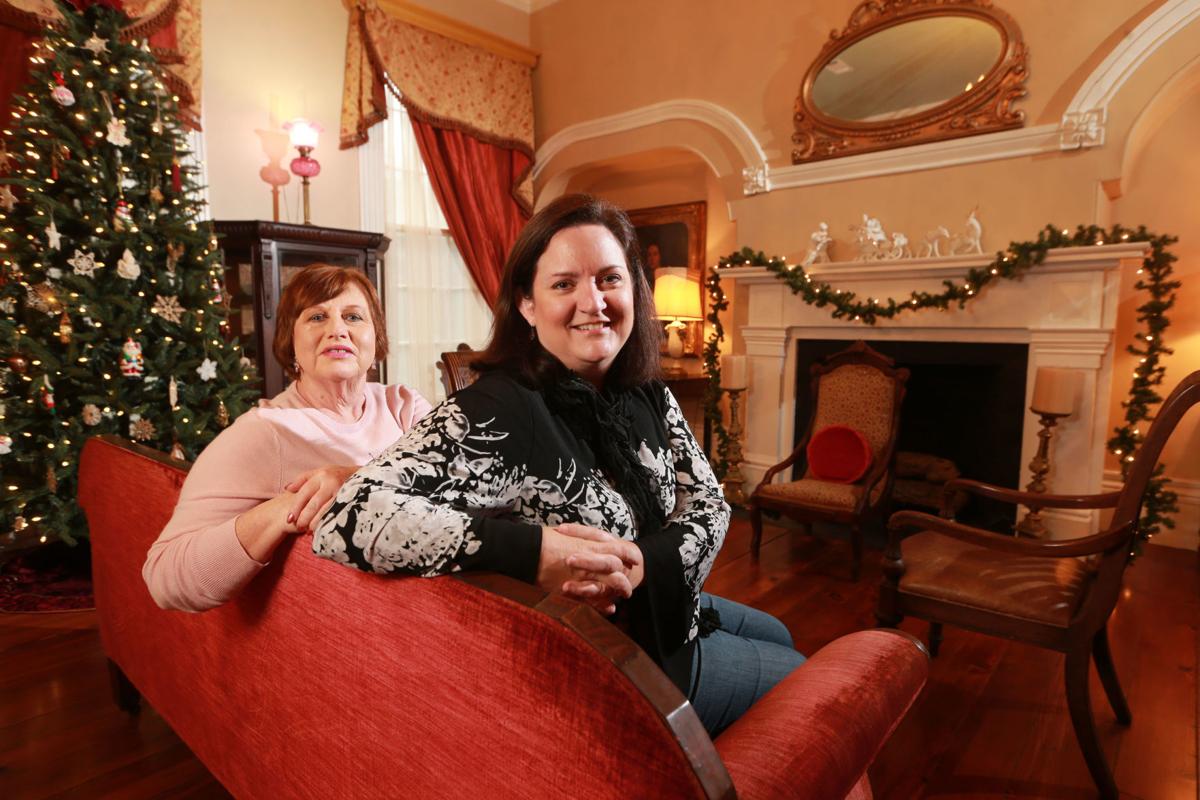 The Montgomery B&B owner Jennifer Carson, right, and its manager, Lynn Berch, sit in the upstairs ballroom of the antebellum home in Starkville. 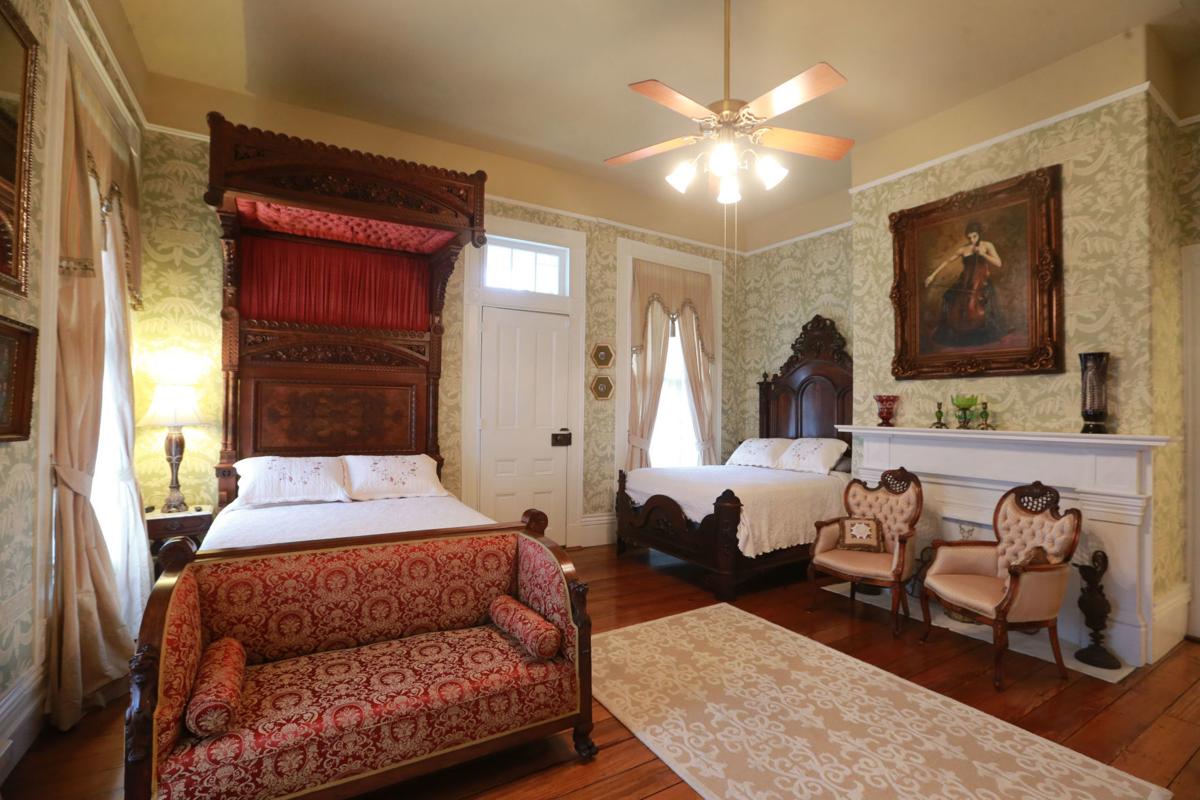 Longwood is the largest suite in The Montgomery B&B. It features two queen beds – one a half-tester – a large master bath and a private balcony. 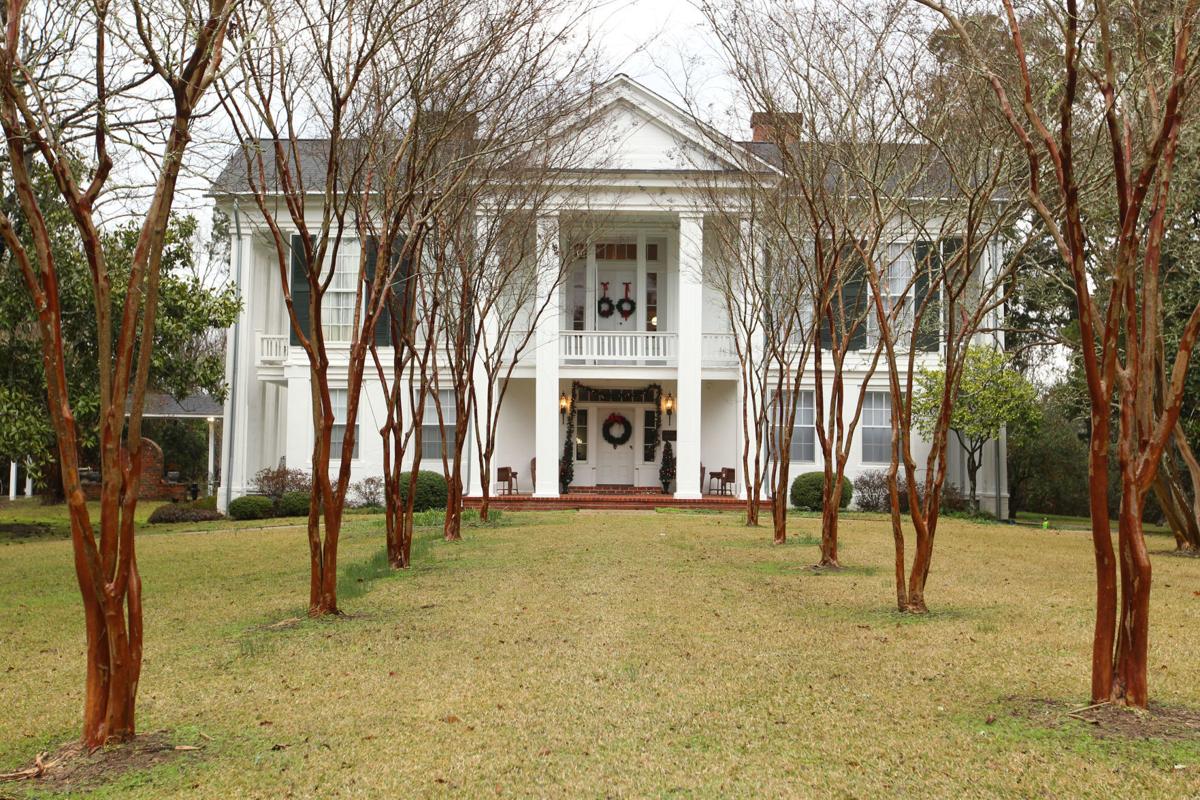 The home was built around 1937 for the Montgomery family and was originally called The Cedars. 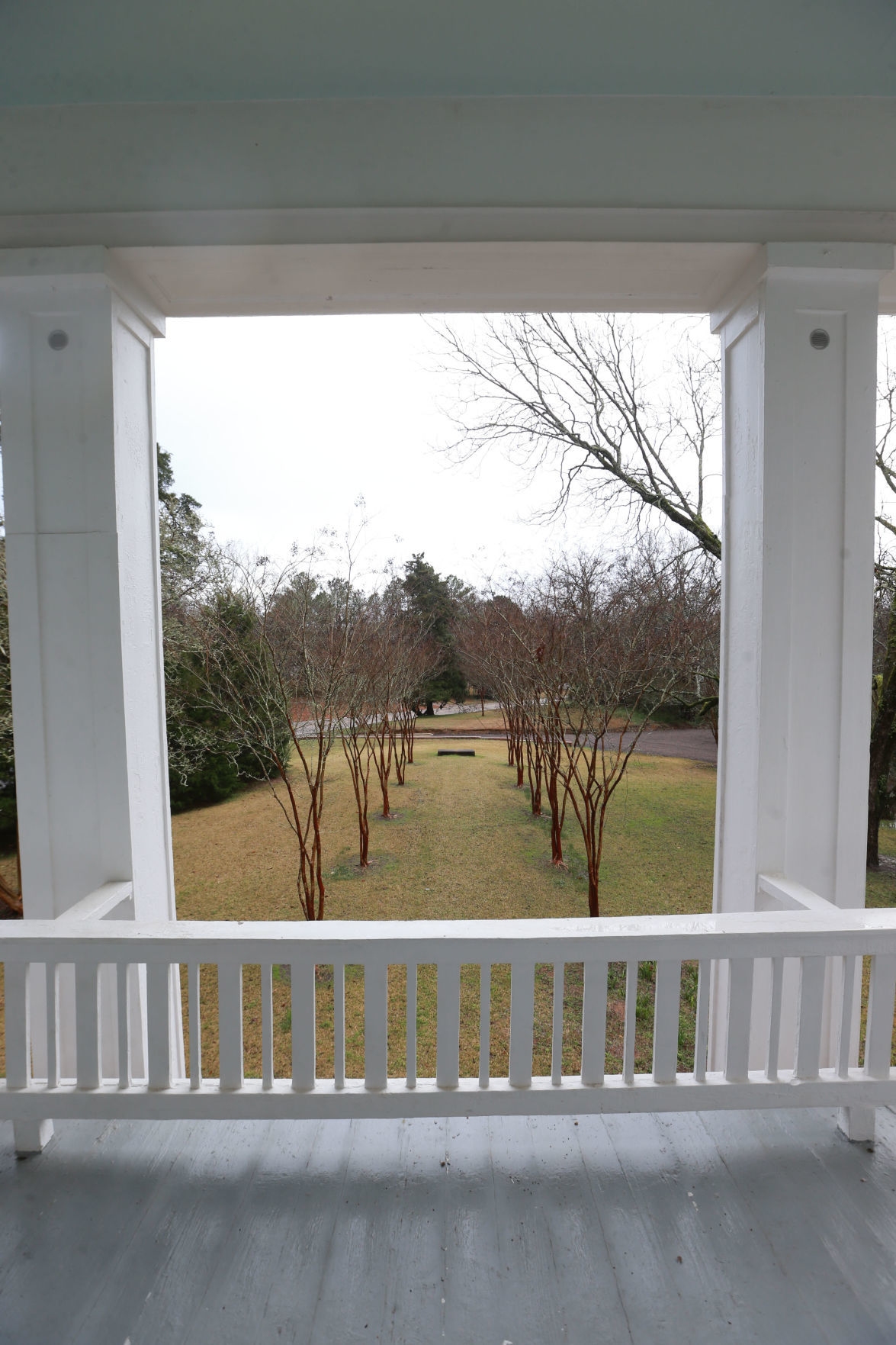 In the front of the home near the drive is an old hitching rail where people would step down from their carriages.

The Montgomery B&B owner Jennifer Carson, right, and its manager, Lynn Berch, sit in the upstairs ballroom of the antebellum home in Starkville.

Longwood is the largest suite in The Montgomery B&B. It features two queen beds – one a half-tester – a large master bath and a private balcony.

The home was built around 1937 for the Montgomery family and was originally called The Cedars.

In the front of the home near the drive is an old hitching rail where people would step down from their carriages.

STARKVILLE • When Jennifer and Lee Carson were architecture majors at Mississippi State University in the early 1990s, they were intrigued by the old Montgomery place on Old West Point Road in Starkville.

Not long after they graduated in 1996, the antebellum house came up for sale and they made an offer on it with the hopes of turning it into a bed and breakfast.

“Twenty-two years ago, we had it under contract when the Eschees bought it,” Jennifer said. “We had to let the contract go.”

In March 2019, the house came available again. This time, the Carsons were able to buy it and turn it into The Montgomery B&B.

“With God’s timing, here we are again,” Jennifer said. “That’s a lot of patience.”

Jennifer, a licensed architect and real estate agent, and Lee, a licensed contractor, began work on the home in May.

“For general living purposes, the house was in excellent shape,” she said. “But to make it work as a bed and breakfast, we had to add bathrooms, a sprinkler system, a security system and we had to redo the stairway.”

The home was built around 1837 by David Montgomery, a prominent planter and a member of the state Legislature. Members of the Montgomery family lived in the home until 1999, when Judge William Eshee and his wife, Judy, bought it. They lived there for 20 years before selling it to the Carsons last year.

The home was originally called The Cedars, named for the large cedar trees found growing around the original home site. Built in the Classic Greek Revival style, it’s notable for having its second floor as the main floor. This raised-cottage style home was made popular on the Gulf Coast for ventilation purposes and to avoid flooding.

“This is one of only two antebellum homes in Starkville,” Jennifer said. “Jackson House on the corner of Louisville Street and Highway 12 is the other.”

The two-story Montgomery home has a bit over 5,000 square feet. Downstairs you’ll find a parlor/dining room, a kitchen and breakfast room, a sunroom that doubles as a lobby, and Oakwood, one of the home’s four bedrooms/baths. Oakwood has a king bed and a daybed with a trundle.

The B&B’s manager, Lynn Berth, also has living quarters on the first floor. Jennifer and Lynn met at church in Starkville in the early 2000s and stayed friends even after Lynn moved to Mexico.

“I was living out of the country and coming back into the country and I called Jennifer and asked her if she knew of any jobs,” Lynn said. “She called two weeks later and said she had a proposition for me – it was the B&B. This was meant to be for the Carsons and for me.”

Upstairs, where the ceilings are more than 12 feet high, are three more bedrooms and a ballroom.

Windsor, named after a home in Port Gibson, has two queen Murphy beds, a bath with a handpainted mural and pocket doors that open into the ballroom. Waverly, named for the plantation in West Point, has two full beds with half-testers from Columbus, a bath and a private balcony.

And Longwood, named for a home in Natchez, is the largest of the four bedrooms. It has two queen beds – one a half-tester – and a large master bath. It also has a private balcony.

The rooms rent from $129 to $249, depending on the size and the season. The whole house can also be rented.

Outside the lobby are a covered walkway and outdoor seating areas. The original smokehouse, a log cabin moved from the back of the property to the front in the early 1980s, is currently being turned into a honeymoon suite for guests.

Most of the antiques in the house came from Dwight Stevens’ auctions, Jennifer said. Others came from Annabelle’s and Mawmaw’s antiques shops in West Point and Horsefeathers in Starkville, among other places.

“I’ve always loved antiques, but I had no place to put them before so I didn’t buy them,” Jennifer said. “I’ve had so much fun furnishing this place. I’m now an auction addict.”

Of course, The Montgomery wouldn’t be a B&B without the breakfast and that’s where Lynn’s skills shine. She managed the MSU cafeteria for years and she used to sell her breads at the Starkville Community Farmers Market.

“Guests get a full, hot breakfast,” Lynn said. “That might be eggs, grits, sausage, biscuits and a sweet bread, or a breakfast casserole, potatoes and fruit, or maybe even eggs with breakfast tamales with homemade salsa.”

Jennifer said early on, nearby residents were a little hesitant about the home being used as a business, but those concerns seem to have died down.

“Overall, I think the town in general is glad we saved it,” she said. “They’re glad we’ve saved some of the history of Starkville and didn’t let it be turned into some kind of commercial development.”

What: The Montgomery B&B.