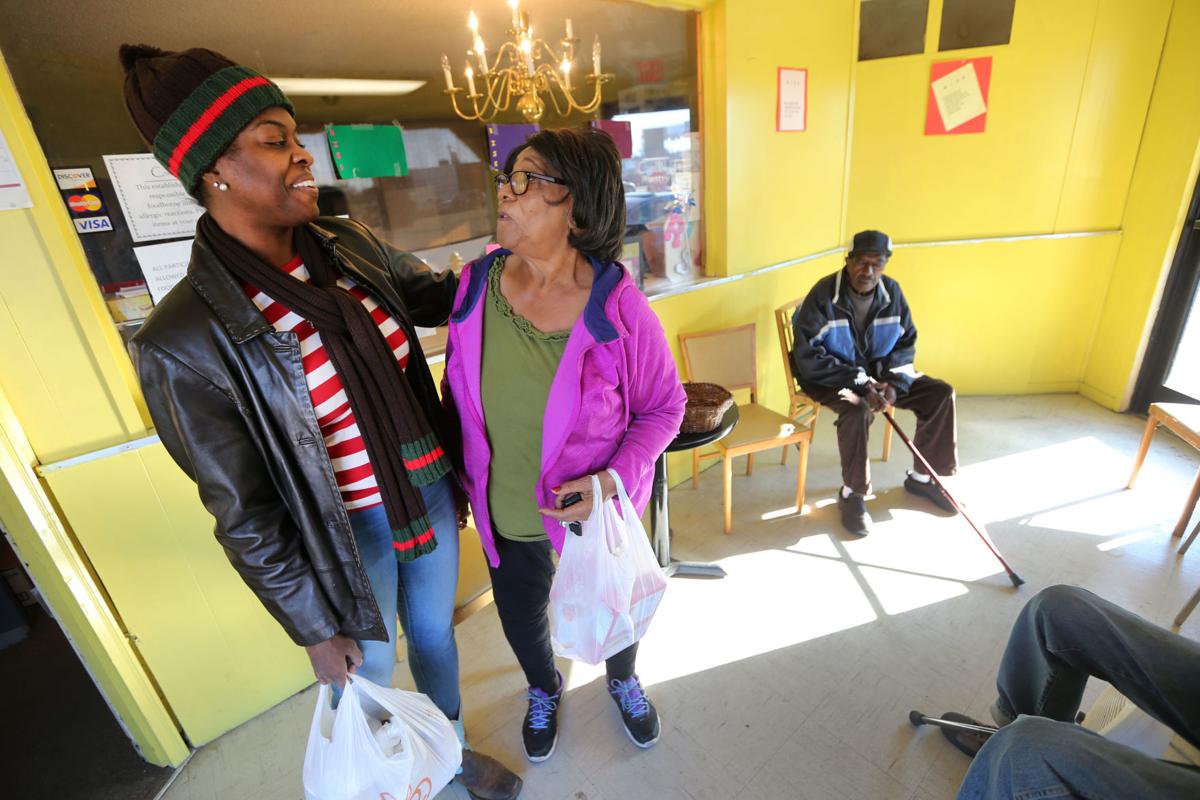 Rolanda Lester, founder of Care Now Food Pantry in Holly Springs, talks with recipient Delcine Isom as she gives her a couple of bags of food. The pantry runs weekly on Wednesdays. 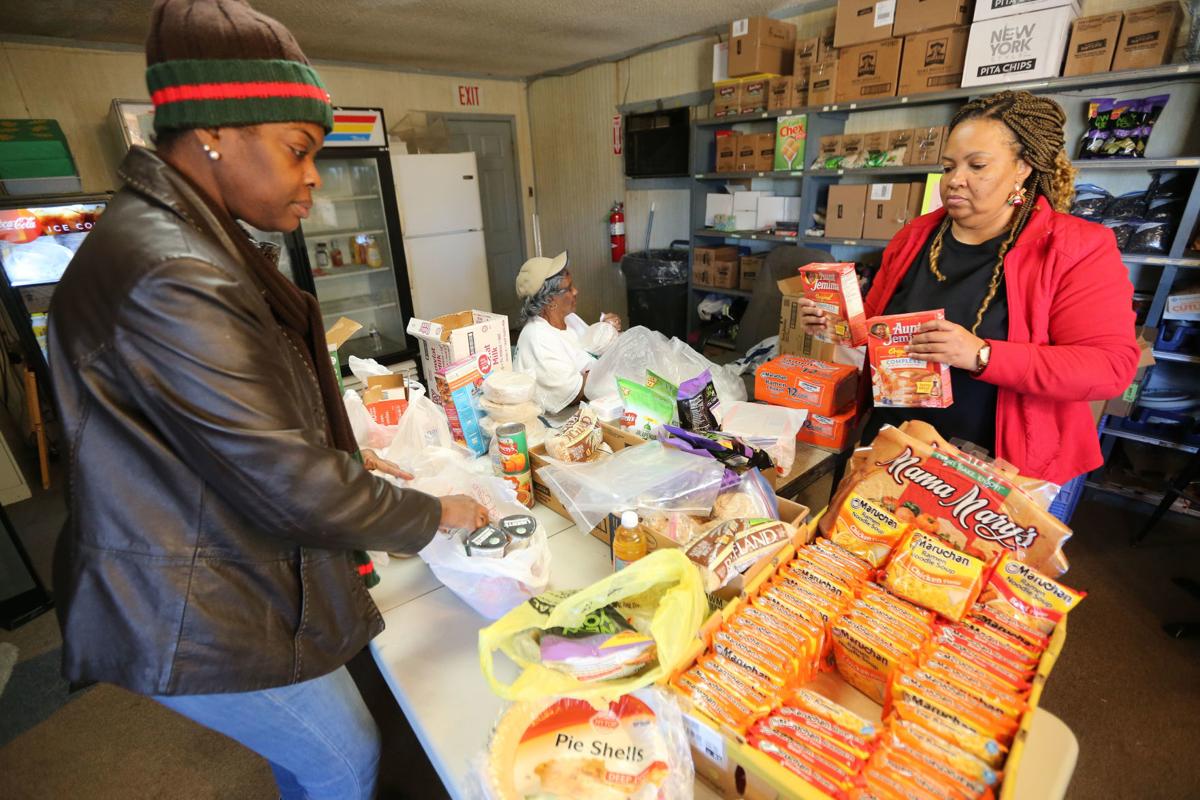 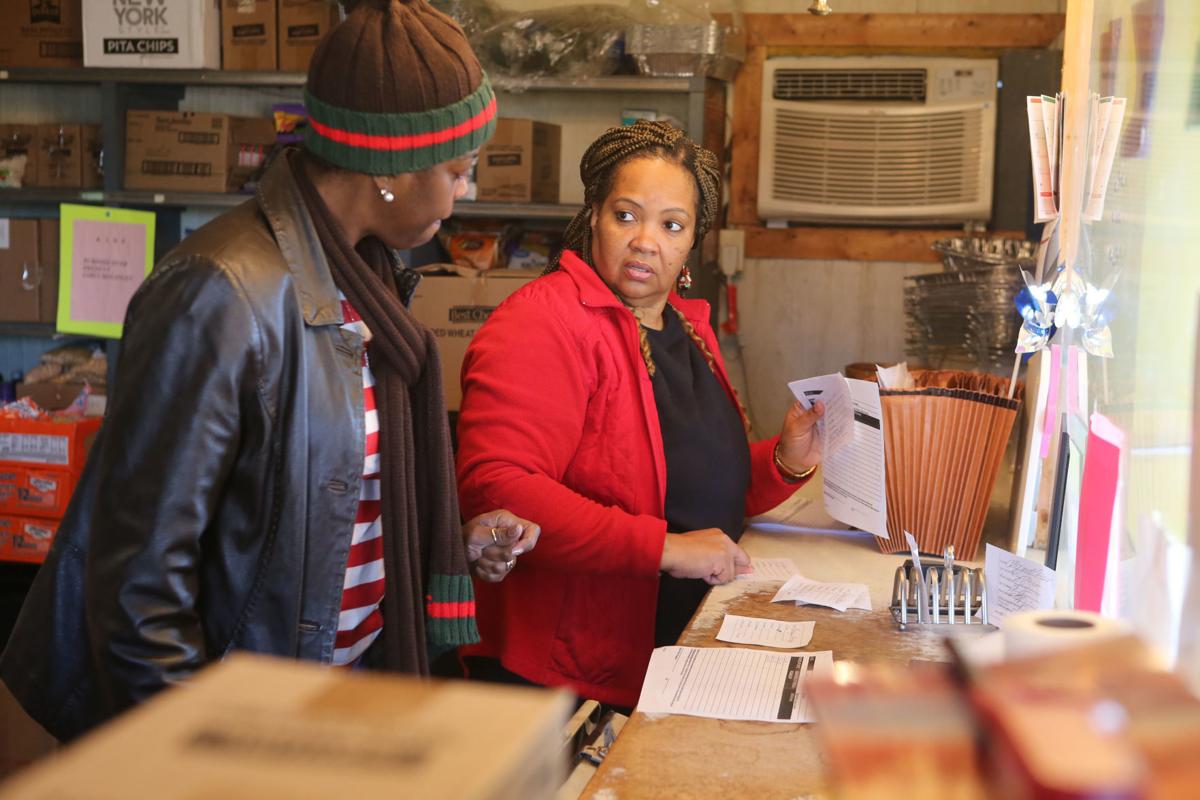 Rolanda Lester and Melissa Riddle look over paperwork as they gather food for their recipients at their location in Holly Springs. The pantry runs weekly on Wednesdays. 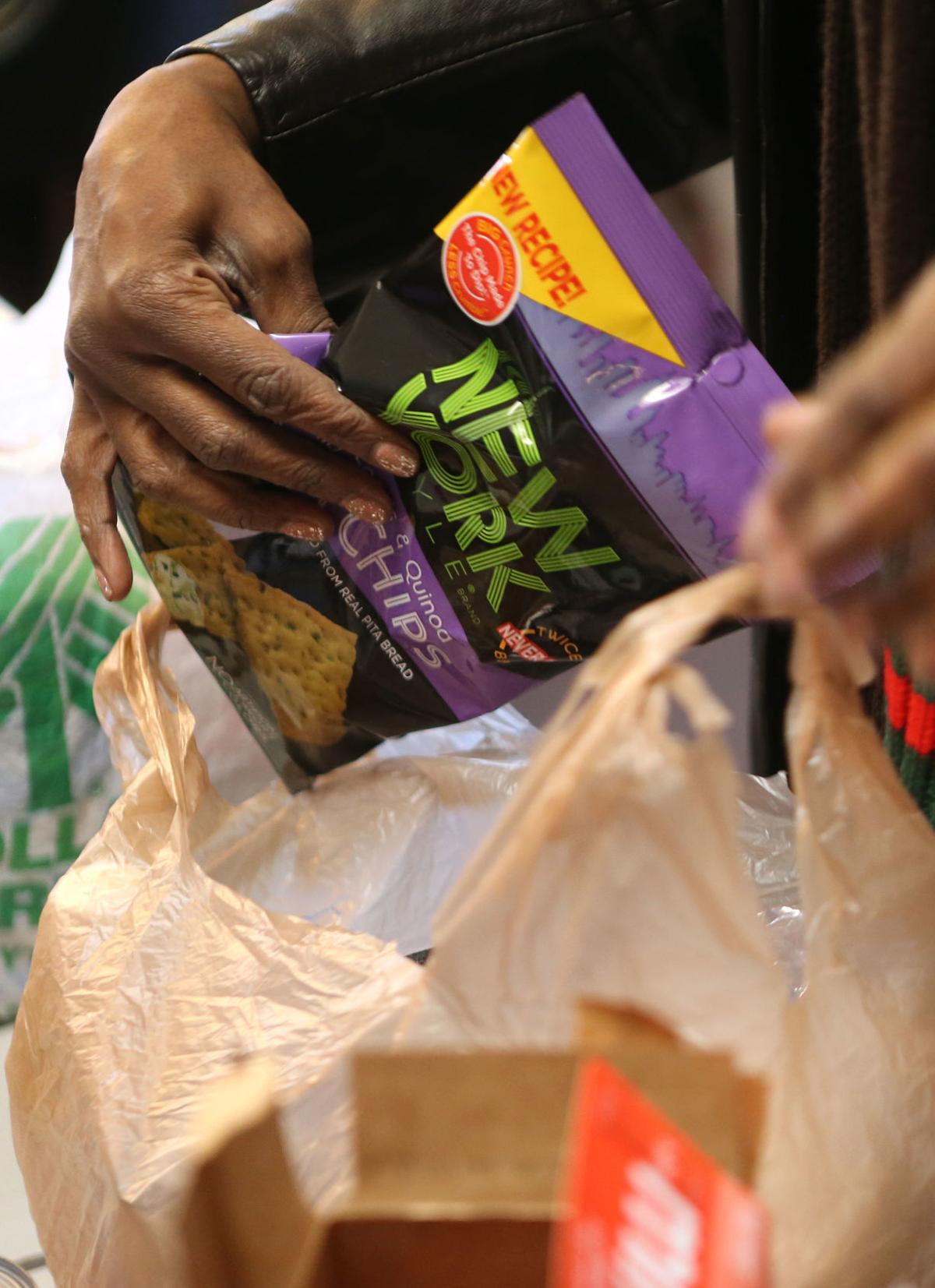 Rolanda Lester, founder of Care Now Food Pantry in Holly Springs, places a bag of chips into a bag for a recipient.

Rolanda Lester, founder of Care Now Food Pantry in Holly Springs, talks with recipient Delcine Isom as she gives her a couple of bags of food. The pantry runs weekly on Wednesdays.

Rolanda Lester and Melissa Riddle look over paperwork as they gather food for their recipients at their location in Holly Springs. The pantry runs weekly on Wednesdays.

Rolanda Lester, founder of Care Now Food Pantry in Holly Springs, places a bag of chips into a bag for a recipient.

HOLLY SPRINGS • Rolanda Jeffries-Lester believes that in order to see a better Holly Springs, residents have to pour into it.

Jeffries-Lester, 44, is a lifelong Holly Springs resident alongside her husband, Antjuan Lester, 48. The two are the co-founders of Care Now, a Marshall County food pantry, and organize the Annual MLK Day of Service in Holly Springs.The two are parents to four children: Dyneshia Lester, 17, Trent Jones, 23, Donchavell Lester, 25, and Levandes Lester, 27.

Jeffries-Lester and her husband will organize the second annual MLK Day of Service on Monday, Jan. 20 at the Holly Springs Courthouse Square from noon to 4 p.m, with an 11 a.m. parade. Jeffries-Lester said they received the inspiration for the celebration after hearing about a similar day of service in Boston. She noted Holly Springs being the birthplace of Ida B. Wells, a civil rights leader and journalist, and the history of Mississippi as reasons to commemorate MLK Day of Service in Holly Springs.

More than 200 people attended the first celebration. This year, organizers hope to see more participation and volunteers. They plan to encourage children to participate in an essay and vision board contest and will bring back mammograms and blood drives. The event features groups teaching life skills, free school supplies, and service stations among free food, giveaways, games and activities.

Jeffries-Lester did not grow up privileged and said while she didn’t go hungry, she often didn’t have what she wanted. Being a private nurse since high school has taught her to love serving. She jokes when she registered the name Care Now in 2012, it was because “God was ready for her” to begin serving but she wasn’t. Caring for and attending several events with Sylvia Goldsmith Marks, heir of the former Goldsmith’s department store in Memphis, inspired the idea of philanthropy and a food pantry.

“I just want to give back to my own community. I see a need because I’ve been there all my life,” Jeffries-Lester said.

Before starting the food pantry, Jeffries-Lester organized a kid’s cafe in 2017 and 2018 that fed children weekly on Tuesdays during the summer. She also organizes a summer talent show now in its third year.

While looking for the food pantry location, a friend offered use of one of her buildings at no cost. Marks provided the $500 needed for the utility deposit. Jeffries-Lester partnered with Feed America First, a faith-based hunger relief organization based in Murfreesboro, Tennessee, to receive a truckload of food once a month for $150 a month.

The pantry kickoff was on May 1, 2018. The food pantry is open weekly on Wednesdays from 1-5 p.m. Care Now sees anywhere from 40 to 75 families a week. More appear around the holidays and winter, Jeffries-Lester said.

Community reaction has been positive, Jeffries-Lester said, partially due to them having less restrictions that other pantries. Care Now does not use income to determine who can receive their services and gives food to anyone who comes, Jeffries-Lester said. The policy is inspired by a family member’s struggles with food security while on disability and the homeless population. She pointed to how many had no ID or had trouble writing, which, at other pantries under regulations and guidelines, may mean they do not get served.

Besides having more open policies, Jeffries-Lester said staff also focus on providing genuine care. Volunteers often give hugs, and food pantry recipients are also often volunteers. When she first started, volunteers included herself and three friends, but she said local school systems and Rust College have been sending volunteers to assist in pantry operations.

“I hope (to inspire others) to want to help and give, and also to give the ones that are in need hope,” Jeffries-Lester said.

The pantry receives no federal funding and operates on community donations and the food truck. Running the food pantry while working a full time job can be challenging, Jeffries-Lester said. She said there are days when the shelf is nearly empty by the end, and remembers the pantry once only having soft bananas to offer after the initial rush. Jeffries-Lester said the fact “people will take even that” serves as confirmation the pantry is a need.

She hopes her food pantry work helps ensure that “no one goes hungry.” She plans to expand her talent show and MLK programs and wants to have her own building one day where she can serve hot meals and offer housing for the homeless. She wants younger generations to know “the importance of our rights then and now.”

“I hope they are more apt to get involved to make things better,” Jeffries-Lester said.