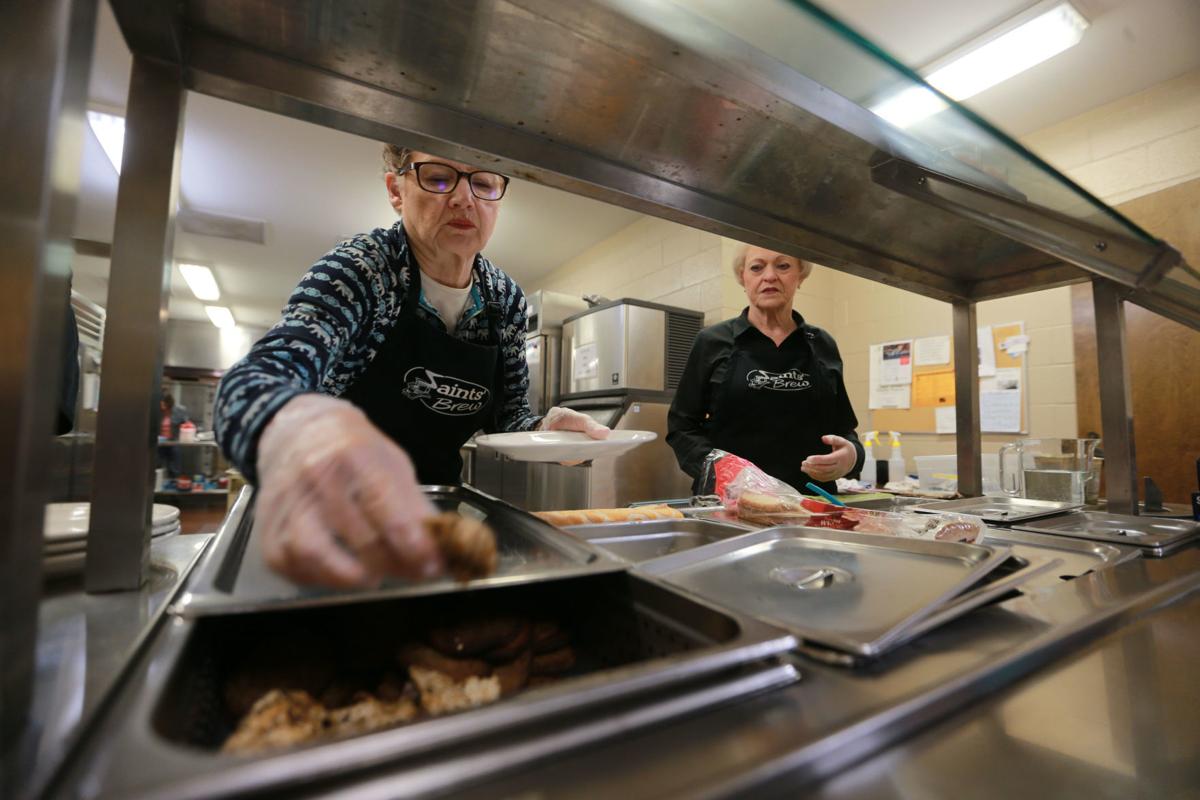 Carla Falkner, left, and Judy Hester serve up a plate of breakfast at Saints Brew at All Saints’ Episcopal Church. 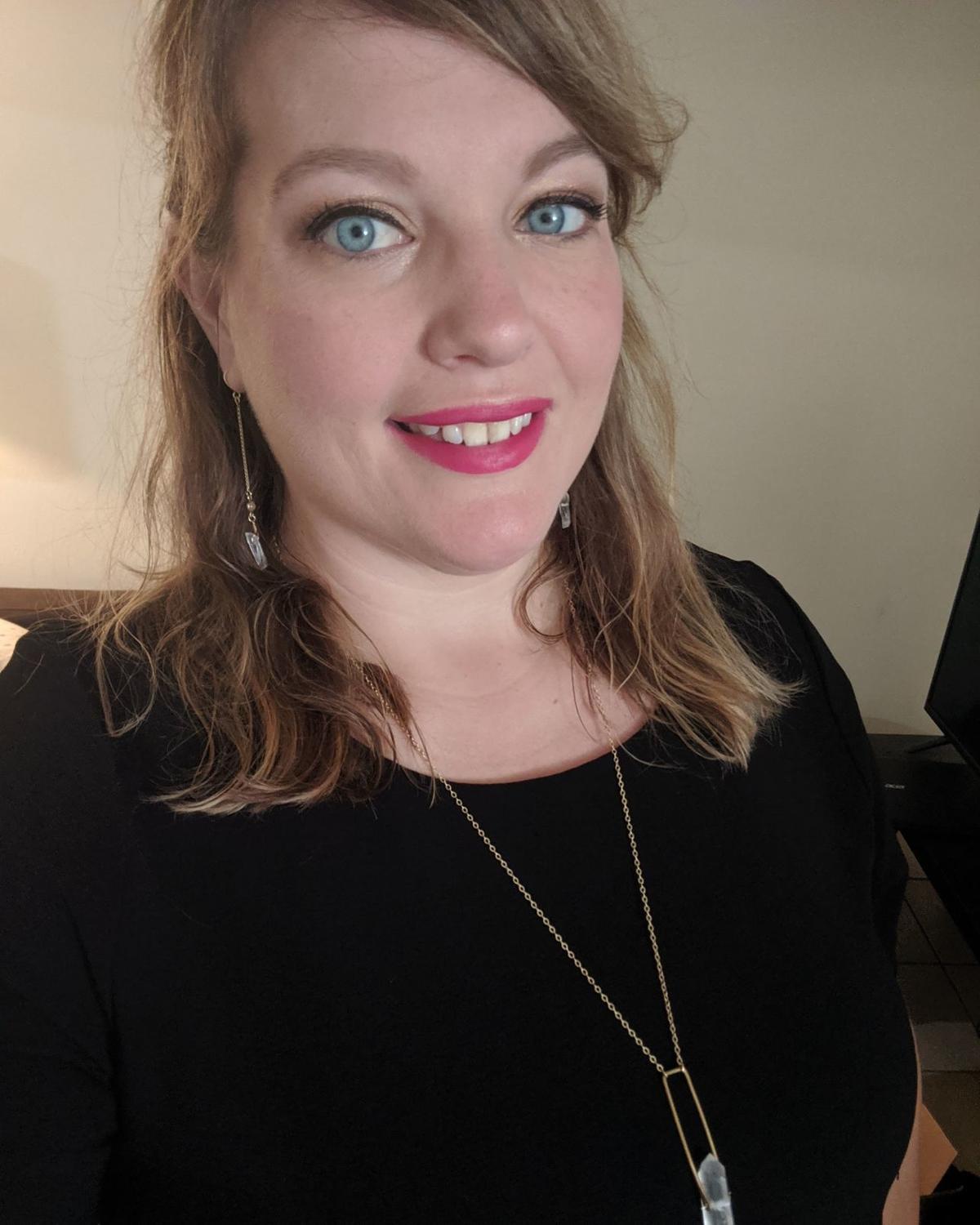 Carla Falkner, left, and Judy Hester serve up a plate of breakfast at Saints Brew at All Saints’ Episcopal Church.

TUPELO • Saints’ Brew, the feeding ministry of All Saints’ Episcopal Church in Tupelo, has been serving a free, hot breakfast to any person in need year-round, five days a week since November 2007.

Hannah Maharrey, coordinator of Saints’ Brew since 2018, has done the math.

Maharrey said the program, which operates every weekday morning from 7 until 8:30, is run by an all-volunteer staff accustomed to the brisk pace of daily activity at Saints’ Brew.

“There’s a daily crew of about six to seven; they’re all volunteers,” she said. “They serve between 90 to 100 plates in an hour and a half. That’s more than a lot of restaurants. It’s like a well-oiled machine at this point.”

Maharrey pointed out that while All Saints’ Episcopal Church has been the ministry’s host since its beginnings, Saints’ Brew is not directly supported by the church.

“The church doesn’t pay for Saints’ Brew,” she said. “They furnish the space and pay the utilities, but all our other expenses come from donations and from grants. We’re a United Way agency, so we get some money from them. We have partners throughout the community.”

Maharrey said after some experimentation, the Saints’ Brew kitchen crew settled on a fixed weekly menu.

“We did some taste tests with different proteins,” she said. “We settled on country-style sausage, which we serve every day. The menu varies day to day, but our average per-plate cost is about $2.25 and our annual budget is about $35,000.

In addition to her work with Saints’ Brew, Maharrey is the director of the Mississippi Balance of State Continuum of Care – a non-profit organization working to end homelessness in 71 Mississippi counties.

She said many people incorrectly assume Saints’ Brew is primarily a ministry to the homeless.

“One common misconception is that this is a homeless outreach,” she said. “The majority of our guests are the working poor. Most of them will go to work for eight hours after they leave. I see a lot of them working around town and I’m always glad they could come eat.”

Maharrey said only a small percentage of those who come for breakfast are homeless.

“Only about 20 percent of our guests are homeless,” she said. “The other major groups would be single mothers and the elderly who are living on a fixed income. They tend to be the ones who are regulars.”

Maharrey said over the years Saints’ Brew has evolved from a feeding ministry to a more holistic outreach.

“We’re not just a meal service,” she said. “We are trying to empower people. We know if they’re here they’re facing some instability. We want to help them take the next step toward stability by offering things like our free legal clinic and information about employment and housing.”

Maharrey said it’s important to remember the humanity of those who find themselves in need.

“Some people see them as the ‘untouchable,’” she said. “But any of us could need that meal if something happened. Our goal is to get to know our guests as people and find out how we can help.”

Karen Asbury is a longtime member at All Saints.’ She and her husband, the late Rev. E.E. ‘Gene’ Asbury were part of the original group who started the ministry back in 2007.

“It started out in November of 2007 as a temporary Advent discipline,” she said. “We were serving juice and coffee and sweet rolls out of the back door of the parish hall, and it just kept growing from there.”

Asbury said when they began what morphed into Saints’ Brew, the goal was simple: Find a practical need and meet it.

“It’s like the story of the Good Samaritan,” she said. “So many people just walk on by ‘those people’ without thinking about what they really need.”

After 200,000 breakfasts and counting, Asbury said Saints’ Brew is still meeting a practical need, one day at a time, one person at a time.

“I’m always amazed that for 12 years we’ve gotten people to volunteer and donate,” she said. “We manage by the grace of God.”

To volunteer or donate to Saints’ Brew, go to saintsbrewtupelo@gmail.com, or call All Saints’ Episcopal Church at (662) 842-4386.