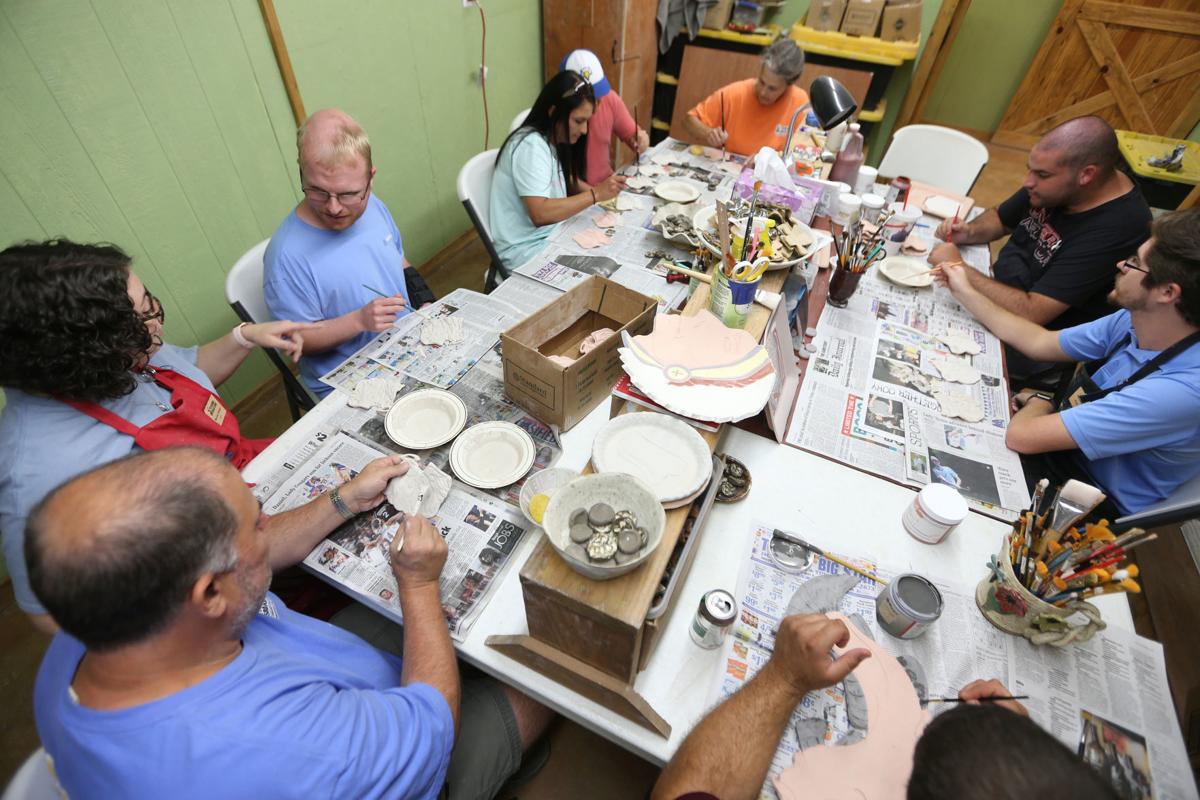 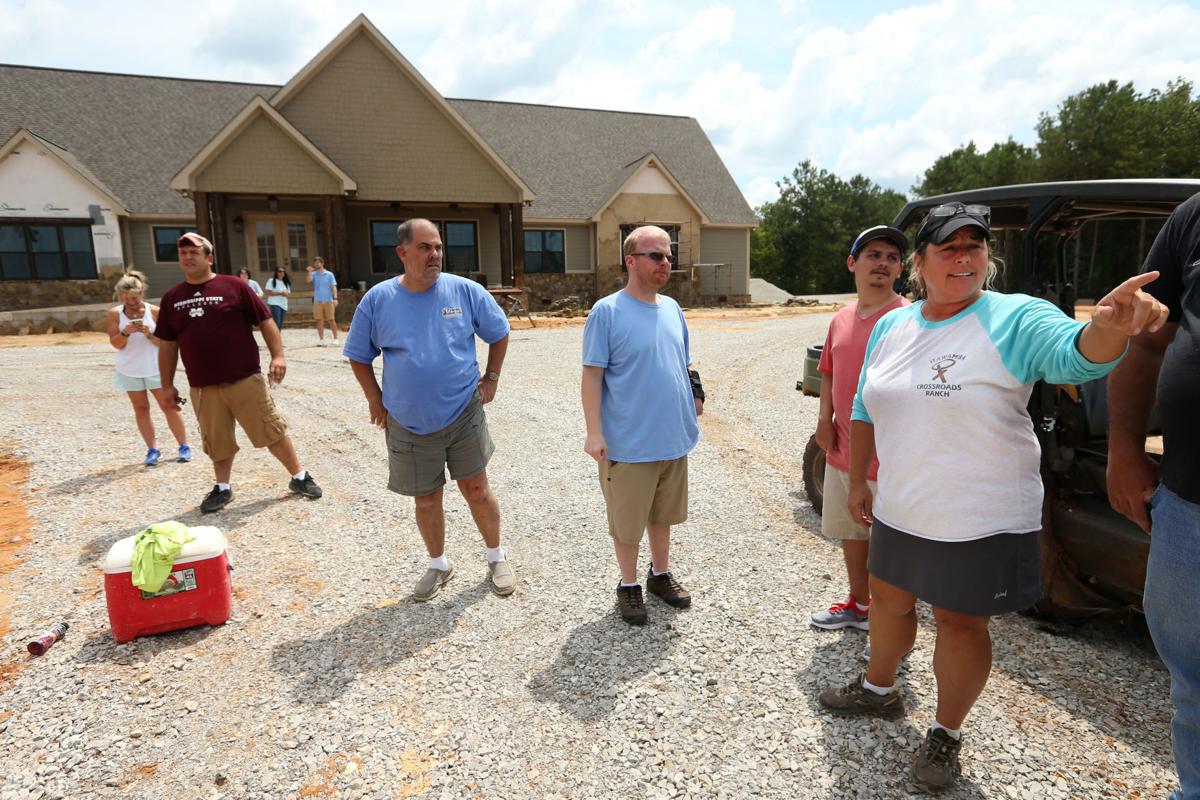 Out for a morning walk, participants and staff of the “Skills Depot” inspect the progress at Crossroads Ranch, where the multipurpose lodge is nearly complete. Plans are for the lodge and five residential duplexes to be open by Nov. 2, 2020. Pictured from left are Tammy Shumpert, Marcus Beard, Paul “JR” Hawkins, Josh Tiner, Jake Robinson and Renae Bennett. 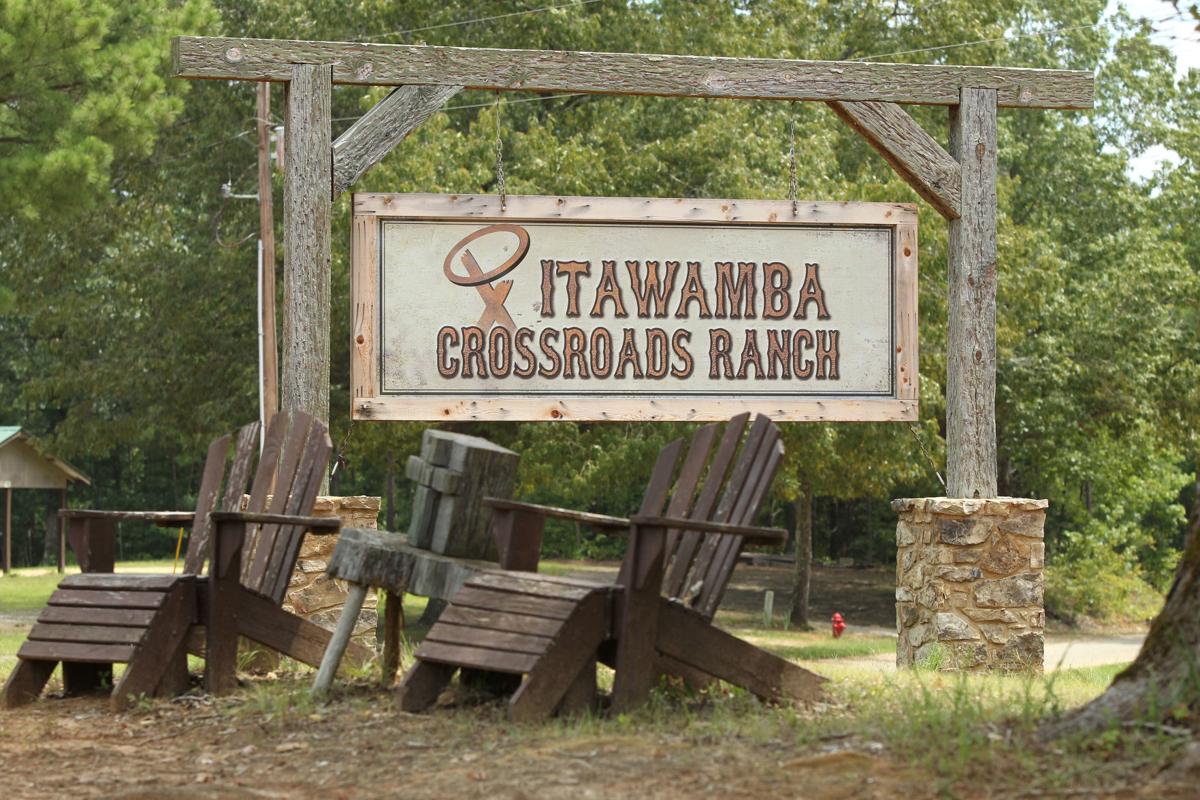 Out for a morning walk, participants and staff of the “Skills Depot” inspect the progress at Crossroads Ranch, where the multipurpose lodge is nearly complete. Plans are for the lodge and five residential duplexes to be open by Nov. 2, 2020. Pictured from left are Tammy Shumpert, Marcus Beard, Paul “JR” Hawkins, Josh Tiner, Jake Robinson and Renae Bennett.

FULTON • In November of 2002, Marcus Beard of Fulton was riding his motorcycle when a deer ran out in front of him. That’s the last thing Beard remembers about that day. He was 17 years old.

After five weeks in a coma, Marcus regained consciousness. With the help of his mother, Renae Bennett, Marcus spent the next two years learning how to eat, talk, and walk again. But the accident had caused traumatic, irreversible brain injury, and Marcus would never be the same.

After an unmanageable stint at home, a brokenhearted Renae Bennett had little choice but to place her son in a state-run group home in south Mississippi, where he languished.

“He was in Magee in the old sanitorium,” the 55-year-old Bennett said. “I only got to see him about once a month, and he’d cry when I would leave. He’d say, ‘Why didn’t God just let me die? If you loved me you wouldn’t leave me here.’ But at that time we didn’t have choices.”

Frustrated but determined to advocate for her son, Bennett got a court order to have him removed from the institution. Marcus came home, and Bennett started dreaming of a fuller life for him and others like him.

Bennett said she soon became aware of how many other parents face the same challenges she was facing.

“I know there are so many parents in the same situation,” she said. “They’re everywhere. And they all want the same thing for their children: for them to be happy and have dignity and purpose. And they want to know their kids will be taken care of after they’re gone.”

The idea wouldn’t leave her alone, and in 2012 Bennett started making pottery to raise money for what would eventually become the fulfillment of her dream: Itawamba Crossroads Ranch.

“I was a hairdresser,” she said. “I had never done pottery before in my life , but I knew I had to do something. God told me if I didn’t do it, nobody would.”

For three years Bennett made pottery, raised funds, and made plans for the ranch. She purchased 42 wooded acres north of Fulton, where the future ranch would be located.

With county support, in a building across the street from the property, she opened the “Skills Depot” – a pottery workshop where high-functioning special-needs adults can come spend the day glazing and painting pottery, and enjoying the sense of purpose Bennett said all people long for, regardless of their level of functioning.

“They all want to work,” she said. “They come in here and they just blossom, because they have that sense of dignity and worth that they’re craving.”

Bennett’s high school classmate Susan Sheffield came on board in 2015 as Crossroads’ director of outreach and fundraising. She said Crossroads raised her awareness of the plight of many high-functioning special-needs adults and their families.

“They’re all around us,” Sheffield said. “But they’re invisible. They’re either in front of the TV or a computer all day. There’s so much more they could do and so much they can contribute to society, and they just need a chance.”

Bennett said while the Skills Depot has made a positive impact, the vision of Crossroads has always been broader.

“Our vision is to house 30 high-functioning special-needs adults here and give them an extraordinary life,” she said. “We’ll have a central lodge and 15 duplexes so the residents can work, play and live out their whole lives here.”

Bennett said the ranch got a boost in 2015 when Marcus’ high school classmate Brian Dozier got involved. Dozier, who plays second base for the Washington Nationals, had played high school football with Marcus at Itawamba Agricultural High School.

“Brian wants this to be part of his legacy,” she said.

Bennett said as a result of fundraisers like Crossroads’ yearly “Denim and Diamonds” event, and with help from countless volunteer crews, the dream of Crossroads Ranch is rapidly becoming a reality.

In the cul-de-sac facing the lodge, three of the 15 residential duplexes are blacked in, and slabs are poured and waiting for the next two.

“Everything you see here is paid for,” Bennett said. “Every brick, every nail. It’s all paid for.”

Bennett said the goal is for the lodge and at least five residential duplexes to be open by Nov. 2, 2020, 18 years to the day from Marcus’ accident.

To volunteer, donate, or for more information visit www.xroadsranch.com or email xroadsranch@gmail.com.