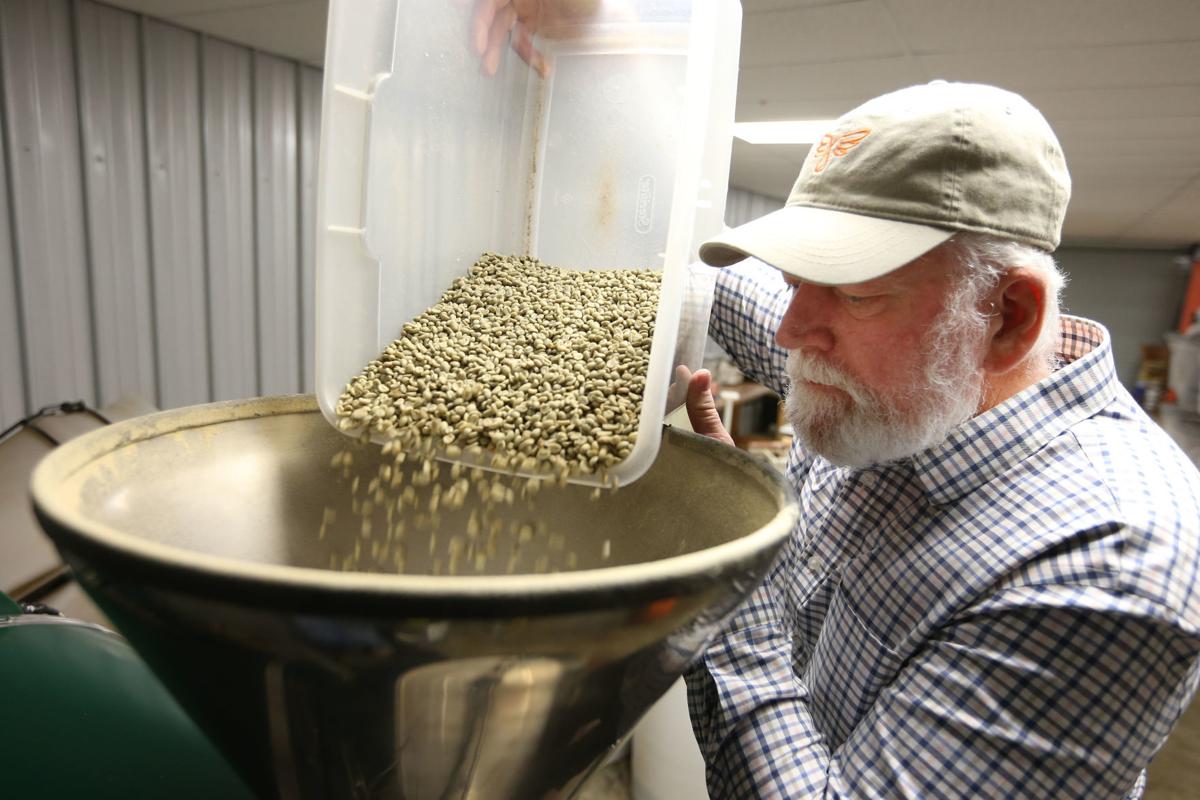 Mike Pittman, owner of My Brother’s Cup, pours fresh coffee beans into his roaster as he prepares a fresh batch in his warehouse. Money from sales of the coffee support ministries at home and abroad. 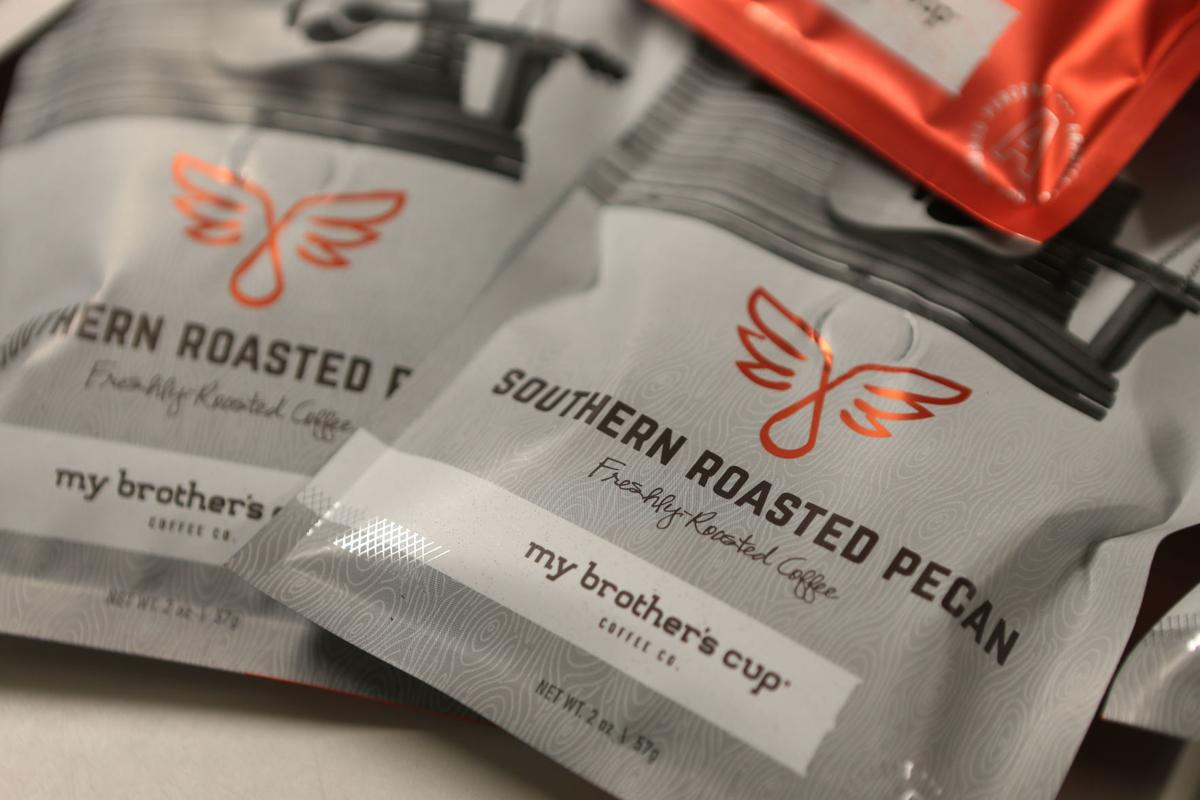 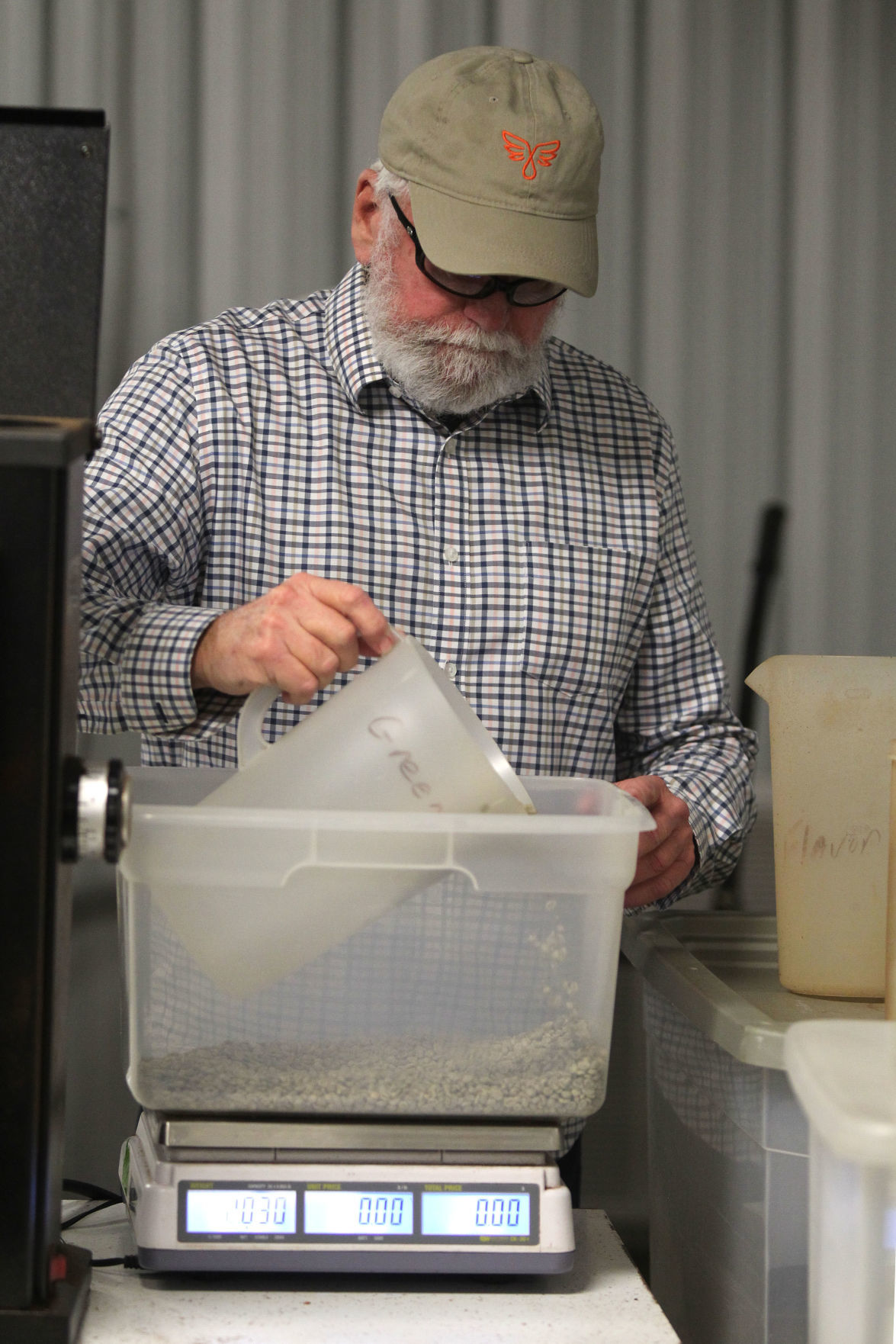 Mike Pittman, owner of My Brother’s Cup, measures out beans for roasting in his warehouse on Tuesday. 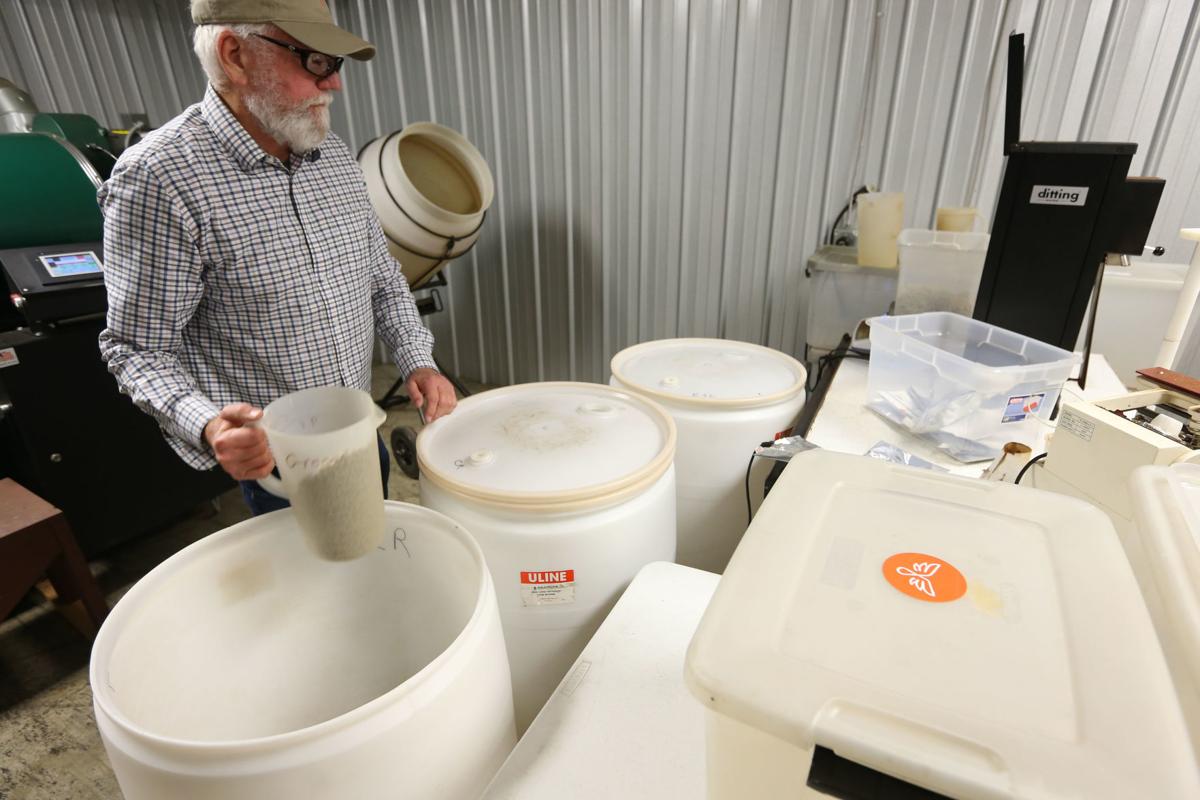 Mike Pittman, owner of My Brother's Cup, scoops up beans to be measured out before being roasted. 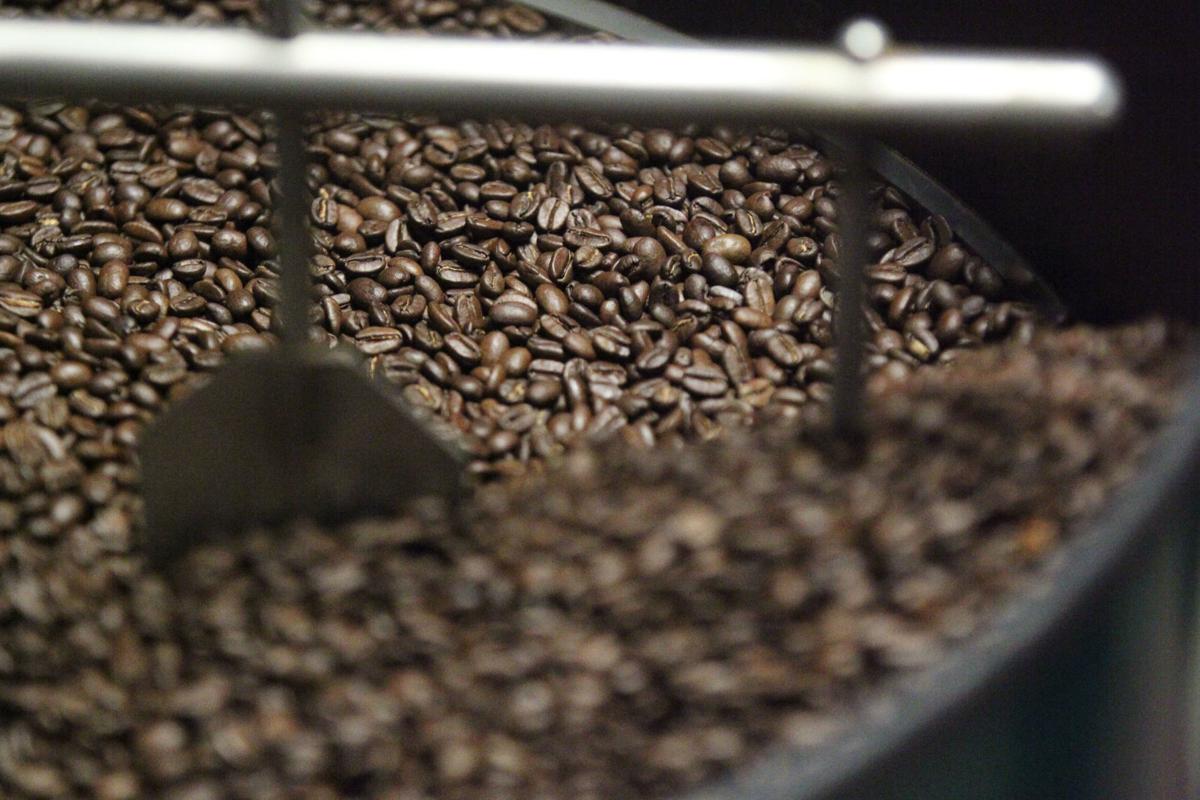 Coffee beans stir and cool off after being roasted.

Mike Pittman, owner of My Brother’s Cup, pours fresh coffee beans into his roaster as he prepares a fresh batch in his warehouse. Money from sales of the coffee support ministries at home and abroad.

Mike Pittman, owner of My Brother’s Cup, measures out beans for roasting in his warehouse on Tuesday.

Mike Pittman, owner of My Brother's Cup, scoops up beans to be measured out before being roasted.

Coffee beans stir and cool off after being roasted.

FULTON • When he started My Brother’s Cup coffee company 10 years ago, Mike Pittman of Tupelo didn’t know beans about coffee.

“I didn’t even drink coffee,” the 65-year-old Pittman said with a chuckle. “It was crazy; I didn’t have a clue.’

Now Pittman is a genuine java pro. He spends his days roasting, grinding, packaging and shipping an average of 200 pounds per day of his custom-blended coffees to locations all over the United States and beyond, from a spartan warehouse space in Fulton, where the air is thick with the aroma of freshly roasted coffee beans.

“I can’t even smell it anymore,” he said. “My sense of smell is not so good.”

Pittman said the finished flavors, with names like “Mountain Rain,” “Angry River,” and “Roxanne” must pass an independent taste test.

“My wife Kay is my taste-tester,” he said. “She’s my quality control.”

Pittman, who retired at 55 from Weyerhaeuser in Columbus, has never drawn a salary from MBC. He said the idea for the company came from a less-than-conventional source.

While he relied on supernatural inspiration, Pittman said he listened for one other important voice as well.

“I have to go back to Kay,” he said. “The Bible says when you marry you become one. Everything I’ve done I’ve done it with her. If she’s not in agreement, we don’t do it. I would have listened to her if she said ‘no.’”

After his conversion to Christianity 28 years ago, Pittman became involved in yearly short-term medical mission trips to China through East-West Ministries International in Dallas, and now serves as short-term missions leader for that organization. He said MBC was created as a way to continue this work.

“You can’t go into places like China as missionaries,” he said. “But you can go as a businessman. We started MBC as a platform. The whole concept is to create a good product, but the real purpose is to share the good news with those who’ve never heard it.”

“We serve a lot of refugees,” he said. “They’re from different religions – Christians, Muslims, and others. Most of them are desperately poor and many leave with just the clothes on their backs.”

Pittman said while his work in Asia is still important, profits from MBC now also help address a second and equally important issue.

“My focus is still the unreached, primarily in Asia,” he said. “But now my other focus is on sex trafficking, and that’s going on right here. The State Department released a study that shows America as the number one driver of the worldwide sex trafficking industry. It’s unbelievable.”

Pittman said he and his wife became aware of the issue through Anchor Church, where they are members.

“Our church started a home for girls who are coming out of sex trafficking,” he said. “It takes about a thousand dollars a month to support each girl at Transformation Garden. Right now MBC sponsors one girl. We’d like to be able to support all of them.”

Pittman said one of MBC’s most popular flavors, “Roxanne,” is named in honor of a Birmingham-based advocate for ending sex trafficking.

“We named it after Roxanne Richardson,” he said. “She used to work as a deejay at WDJC. She’s the founder of ‘The WellHouse’ in Birmingham. It’s a home where they rescue girls from sex trafficking.”

Pittman said after 10 years in business, MBC is still perking. And the larger work it makes possible still makes him happy.

“I don’t know what I’d do without it,” he said. “It gives me purpose and keeps me moving. I love it. It’s a fulfilling, abundant life.”