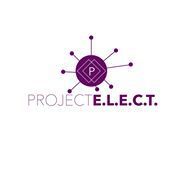 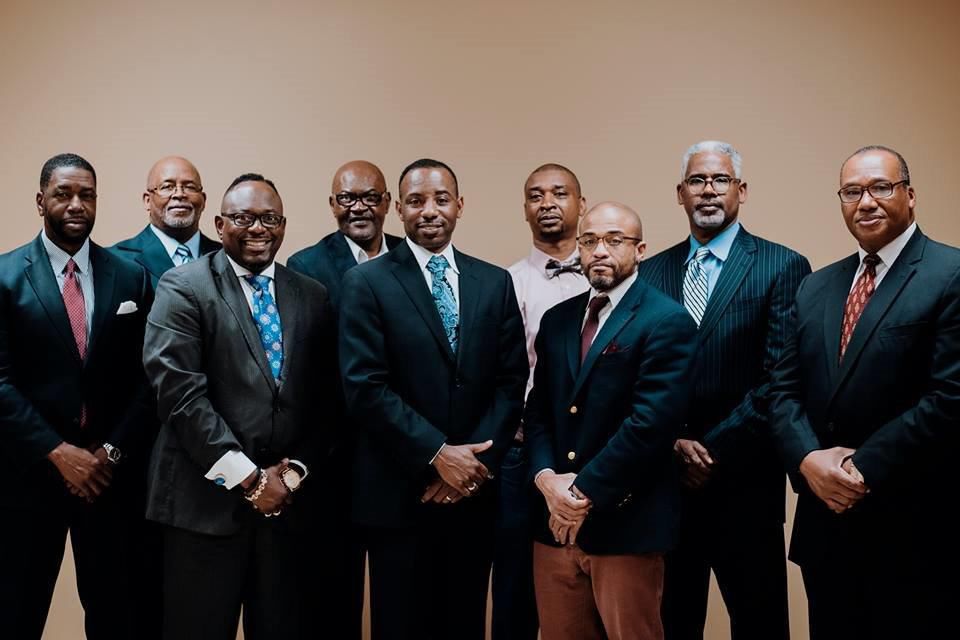 Project E.L.E.C.T. is made of of 11 male African American influencers across a variety of disciplines who have in common that they want to give back to the community. These 11 are, first row from left, Robert Hall, founder; Chris Traylor, Jeffery Daniel, chairman; Ray Shoemaker; second row from left, OJ Salters, Willie Wilson, Maurice Shumpert, Eric Lewis and Kenneth Wheeler. Fred Cook and Kenneth Miller are also part of Project E.L.E.C.T.

Project E.L.E.C.T. is made of of 11 male African American influencers across a variety of disciplines who have in common that they want to give back to the community. These 11 are, first row from left, Robert Hall, founder; Chris Traylor, Jeffery Daniel, chairman; Ray Shoemaker; second row from left, OJ Salters, Willie Wilson, Maurice Shumpert, Eric Lewis and Kenneth Wheeler. Fred Cook and Kenneth Miller are also part of Project E.L.E.C.T.

The breakfast will be followed by workshops led by Colonel Chris Gillard, acting director of the Mississippi Highway Patrol and the first African American to hold that position, and Tupelo-based orthopedic surgeon Dr. Eric Lewis.

The event is the second in a series of events organized by Project E.L.E.C.T., whose goal, according to its founder Robert Hall, is to empower African American men in north Mississippi to live impactful lives.

“We want to change the paradigm for men in the African American community in north Mississippi,” Hall said.

E.L.E.C.T. is an acronym for enthusiastic leaders engaging in changing times.

The 52-year-old Hall is a 20-year veteran of the Tupelo Police Department and its former deputy chief. Hall, who now works as a financial planner at Capital Financial Group in downtown Tupelo, said Project E.L.E.C.T. is made up of male African American influencers across a variety of disciplines.

“There are eleven guys in the group,” he said. “We have surgeons and bankers and ministers and school board members and entrepreneurs. The thing they all have in common is they want to give back to the community.”

“When African Americans are in the media it’s usually something negative,” he said. “We have the highest high school dropout rate, the highest teen pregnancy rate, and the highest rate of incarceration. We want to ask ‘why’ and begin to change those trends.”

Hall said his years of experience in law enforcement helped him see that punitive measures alone cannot address the root causes of some of the challenges in the black community.

“The justice system locks lots of people up,” he said. “But what’s there to stop people from getting into trouble in the first place? We’re missing the mark by not asking ‘why.’”

“If you have a high-quality education, kids won’t get into those things to begin with,” he said. “They’re going to understand the value of staying in school. They’ll know that you don’t want to get into a relationship when you’re young and have a kid out of wedlock or get mixed up with the wrong people.”

Hall said the group’s focus is on big-picture solutions rather than assigning blame.

“We don’t want to point fingers,” he said. “We want to find solutions. Everybody wants the same things: a safe city, a vibrant economy, educational opportunities, and freedom to worship.”

Hall said his faith continues to drive his desire for positive change.

“I was raised in a Christian home and I still go to the church where I grew up,” he said. “Project E.L.E.C.T. is informed by that experience. Christ paid the ultimate sacrifice, and if we are to be like Christ, we have to give back.”

Hall said he and the members of Project E.L.E.C.T. want to address lingering racial issues in ways that are substantive and measurable.

“If we can meet and network, together we can slowly start eating the elephant in the room,” he said. “We want to fix our problems so Lee County is a place where people want to live and work and visit. We want to become a hub for positive things.”

Hall said while Project E.L.E.C.T.’s vision is ambitious, he is hopeful about its future.

“This is going to be hard and I may not see the fruit of it in my lifetime,” he said. “But that’s why this group of guys is so special. They’re about changing lives and they’re in it for the long haul.”

Lewis is a member of Project E.L.E.C.T. and will be one of the presenters at the event. A native of Houston, Texas, who has been in Tupelo for 10 years, Lewis said he was pleasantly surprised that Tupelo seems to subvert the stereotypes about race relations in the South.

“Tupelo is a great place to raise a family,” he said. “I haven’t found those stereotypes about the South to be true in Tupelo.”

A lifelong Catholic, Lewis is active at St. James Catholic Church in Tupelo, where he sings in the choir. He said his faith, along with a strong work ethic, have helped him achieve success.

“Anytime you’re pursuing goals you’re going to come up against obstacles,” he said. “You need faith to help overcome those obstacles. The Lord helps us as long as we put in our part of the equation.”

Lewis said he hopes those who attend the breakfast and workshops will be encouraged to dream and achieve great things.

“I hope these guys see there’s nothing extraordinary about my story,” he said. “My message would be, ‘Don’t look for excuses. You can find a way.’”