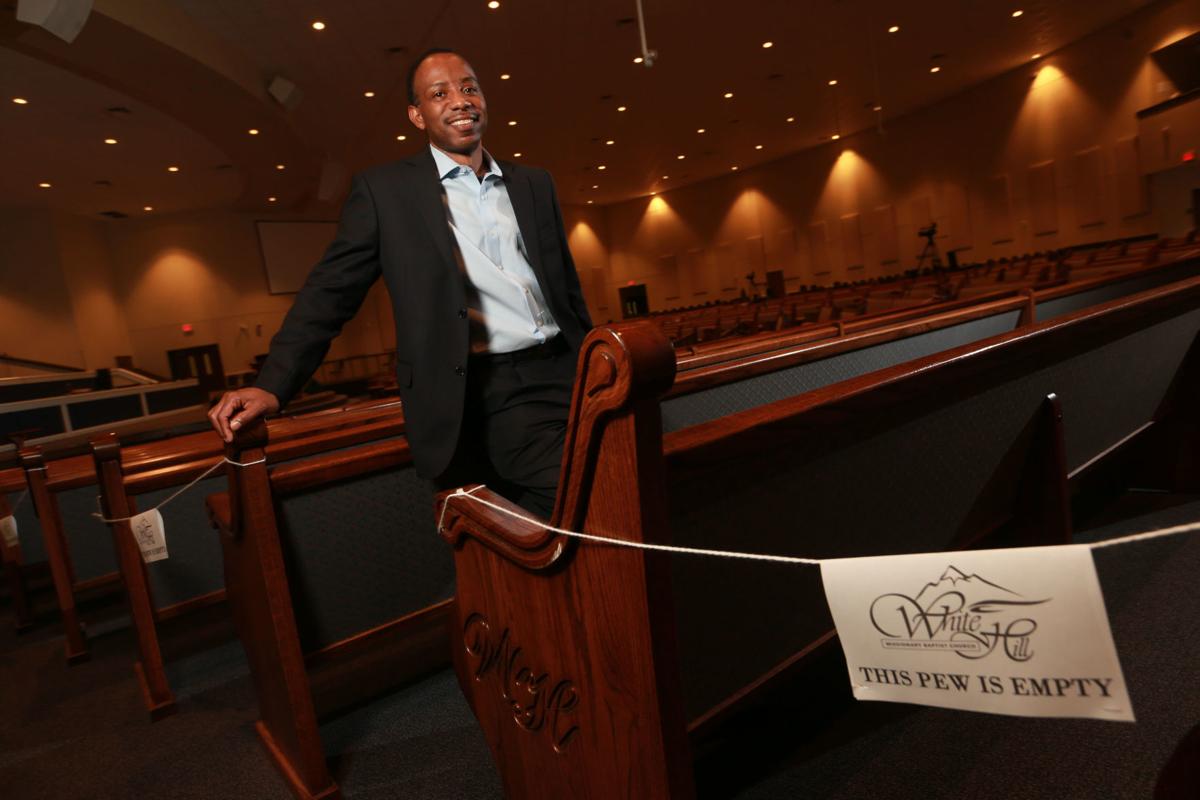 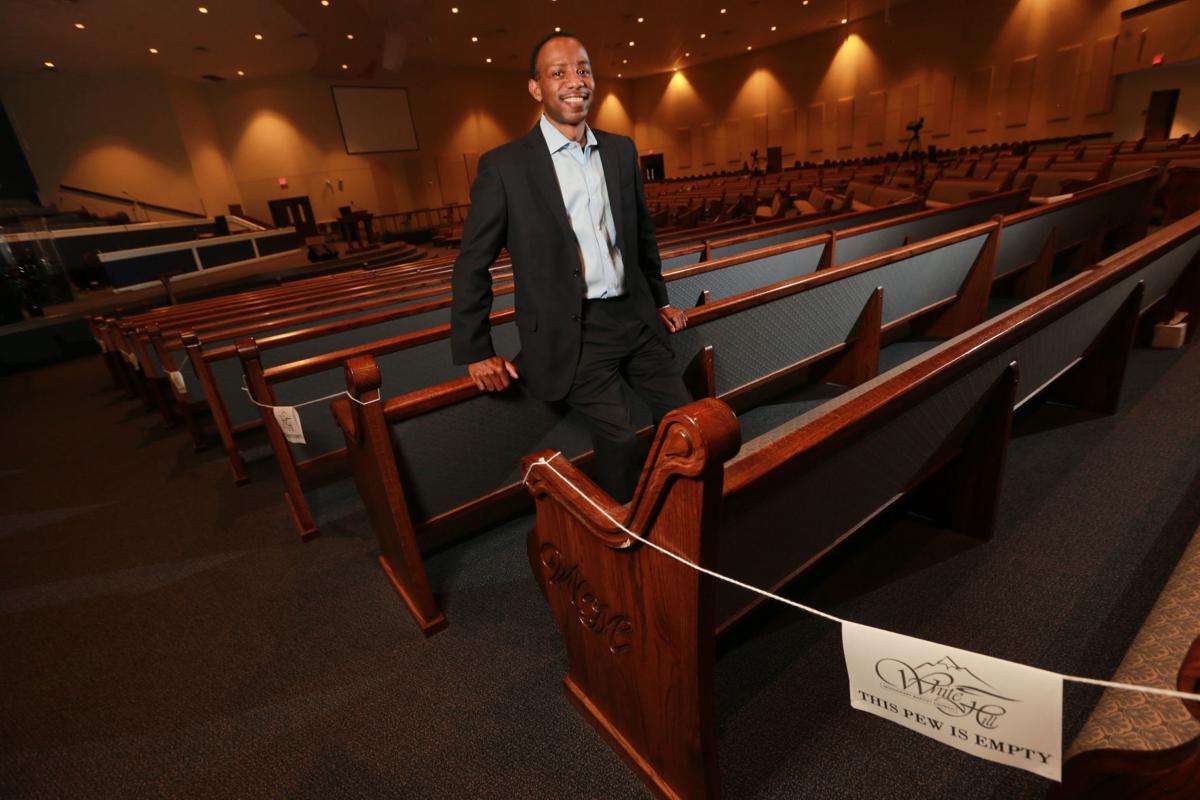 TUPELO • Come July, the Rev. Jeffery Daniel will have been the pastor of White Hill Missionary Baptist Church on Eason Boulevard for 14 years.

But since COVID-19, the cavernous 1,600-seat auditorium where crowds used to gather on Sundays stands empty, and Daniel has had to get used to preaching to a camera rather than a crowd.

“I feel like I’m rambling,” the 51-year-old Daniel said with a chuckle. “Whether we like to admit it or not, pastors have egos, and we get energized by that feedback. You try to muster up that same energy that you get when someone says ‘Go ahead!’ but it’s hard.”

In mid-May, Gov. Tate Reeves encouraged churches to wait until after June 1 to resume services, and he issued guidelines for in-person worship services during the COVID-19 pandemic. The state never required churches to close, but Reeves said repeatedly that large gatherings including church services, weddings and funerals helped spread the novel coronavirus.

Reeves’ guidelines include deep cleaning and sanitizing shared resources after each use; regularly cleaning high-traffic, high-touch areas; using controlled points of entry and exit to help maintain social distancing; having multiple, smaller services to ensure social distancing; ensuring the flow of fresh air and that ventilation and HVAC systems are operating properly; and considering a phased approach to resuming in-person gatherings. The use of shared microphones, collection plates and communal cups is also discouraged.

“The church is not a building,” Reeves said, adding that he and his family planned to continue worshipping at home a while longer. “We can honor our Lord and keep our neighbors safe. You don’t need to rush back. We do want to provide a playbook for how to do it safely, when pastors determine the time is right.”

While some area churches are beginning to reopen this weekend, Daniel said he and the leaders at White Hill are proceeding with extreme caution.

“We’re not rushing back in,” he said. “Because the African American community is being hit so hard, we’re being very cautious. We’ve lost two members and we have another in quarantine. The last thing we want to do is have someone pass away because they wanted to come back to church.”

Daniel said his congregation is taking incremental steps toward reopening while being mindful of contagion.

He said they plan to eventually offer three services: one on Wednesday night and two on Sunday morning.

While some churches have ignored the CDC.’s recommendations on the grounds of faith, Daniel said his own faith leads him in another direction.

“Folks are dying from going to church attending funerals,” he said. “In my opinion, God gives us common sense. People like to quote 2 Timothy 1:7, where it says, ‘For God hath not given us the spirit of fear, but of power, and of love, and of a sound mind.’ I get that, but you have to read it to the end. I’m going to use that sound mind.”

Daniel said when it comes to decisions about reopening, definitions are important.

“The church is never closed,” he said. “Because we are the church. I think God is trying to get our attention so we’ll decide whether we’re really sold out to a God who is sovereign, or if church has just become a ritual.”

Daniel said he used an icon of the coronavirus and a page from current events as a launching point for a virtual sermon series.

“I preached a series when COVID hit called ‘What’s Behind Your Mask?’” he said. “In the last sermon I talked about issues surrounding the death of George Floyd.”

Daniel said the take-off point for a meaningful conversation around issues of racial disparity must begin with truth-telling.

“It’s not just made up,” he said. “When you hear the same stories over and over, something needs to change. My momma used to say, ‘Son, if you hear something more than once you need to pay attention.’ Enough is enough.”

Daniel said rather than focus on a single incident, Americans of all races need to embrace a more generous, inclusive definition of humanity.

“I love this country,” he said. “I wouldn’t want to live anywhere else. But we are a nation that feels like we have to divide. At some point we have to stop putting labels on people and treat everyone equally. Hopefully there will be reform and we can move forward.”

While he is ready for a return to normalcy, Daniel said he has learned much from the forced hiatus.

“Pastors and congregations have become more innovative,” he said. “They’re putting greater effort into doing ministry effectively and moving more and more into the 21st century. Even some older members who tend to resist technology can see the value.”

When White Hill finally opens its doors, Daniel said he expects a surge in interest and attendance.

“I think we’ll actually gain members,” he said. “Some who’ve been through a crisis are looking for meaning. Some who’ve been idle will decide to get involved, and some who’ve been curious will be there when the doors open. That’s my prayer.”

TUPELO • Standing on a temporary wooden stage, the Rev. Bryan Collier took the mic Sunday morning to deliver a message his congregation at The…