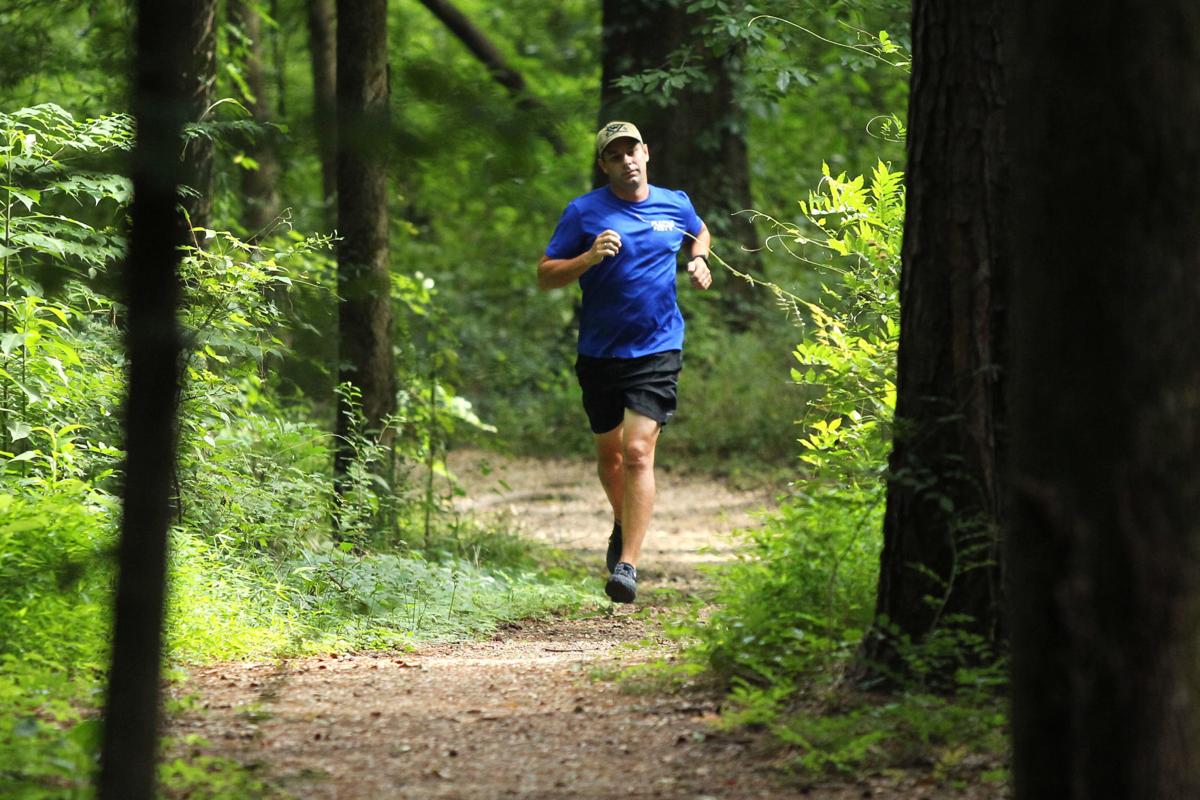 Russ Polsgrove runs on the trails of the Natchez Trace in Tupelo Wednesday afternoon. 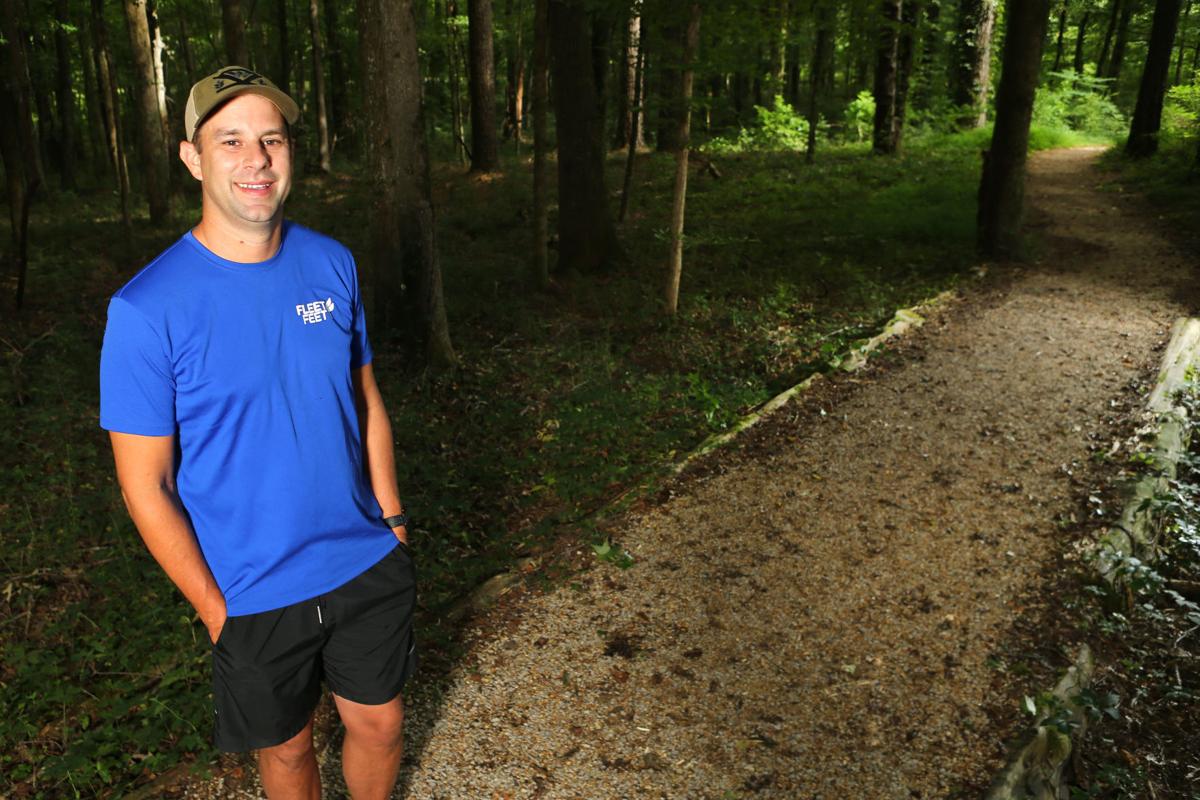 Polsgrove has run four ultramarathons since setting that goal, and was gearing up for a 100k (62-mile) race in October when the pandemic hit.

Russ Polsgrove runs on the trails of the Natchez Trace in Tupelo Wednesday afternoon.

Polsgrove has run four ultramarathons since setting that goal, and was gearing up for a 100k (62-mile) race in October when the pandemic hit.

TUPELO • In 2018, when Russ Polsgrove of Tupelo was about to turn 40, he decided to run his first ultramarathon (an ultramarathon is any footrace longer than the standard 26.2-mile marathon).

With a wife, three kids, and 14 years in ministry, Polsgrove said he needed to set himself a difficult goal as he reached this milestone of mortality.

“Running started out as a kind of midlife crisis joke,” he said. “I needed to feel like I was accomplishing something big, so I decided to run an ultramarathon.”

Polsgrove, who is the minister at Soma (a branch of the Orchard in Tupelo), has run four ultramarathons since setting that goal, and was gearing up for a 100k (62-mile) race in October when the pandemic hit. He said his days usually start with an early morning run.

Polsgrove said his runs, often along wooded trails, have been good for body and soul.

“The thing that’s been best for me is just being outside,” he said. “It’s just the idea of getting sunlight, being around trees, putting effort out and getting the heart rate up.”

Polsgrove said anyone can benefit from exertion and time outside, even if your fitness goals are modest.

“You don’t have to be an ultramarathoner,” he said. “Just getting up early and going for a walk, even though it’s hot – you have no idea how that’ll set your world on fire.”

While many people have experienced quarantine as a kind of trial to be endured, Polsgrove said it has been a catalyst for deep change for him.

“I’ve thought about this a lot,” he said. “Quarantine has been the best thing for me in 10 or 15 years. I had come to a point where I had to slow down, and this forced me to decide to do it right, rather than just sit and go stir crazy.”

“Doing it right” for Polsgrove means starting his days with a run, followed by spiritual disciplines like prayer, study, and silence.

“I try to come straight in from running and do my reading and prayer,” he said. “Lately I’ve been trying to practice just being silent. I’m so bad at that. I’ll set a timer for 15 minutes and just sit in silence, trying to listen, instead of shouting up at God.”

During an experience like the coronavirus pandemic, when most people are flooded with a daily barrage of bad news, Polsgrove said it is easy to give in to despair.

“I don’t want to sound like the old guy going off on technology,” he said. “But it’s easy to be hopeless when you read the news. I’m not saying to be naive or not to pay attention to what’s going on, but you can’t take everything in. And the more you take in, the worse it is for you.”

Polsgrove said spiritual disciplines can mean the difference between a stressful day and a peaceful one.

“Silence and solitude are such good practices,” he said. “Because if you can get up and practice them before you’re inundated with all that stuff, it just completely changes your day. It changes your ability to gather hope.”

For Polsgrove, the combination of regular physical and spiritual discipline isn’t just about personal development; it’s the best way to nourish the world.

Polsgrove said he has found a new level of cross-pollination between physical discipline and spiritual discipline.

“We have this idea that the body and the soul are separate realms,” he said. “But I don’t think those things can be separated. They aren’t disconnected at all. They’re just ways to absorb the presence of God, and they work hand-in-hand. It’s all connected.”