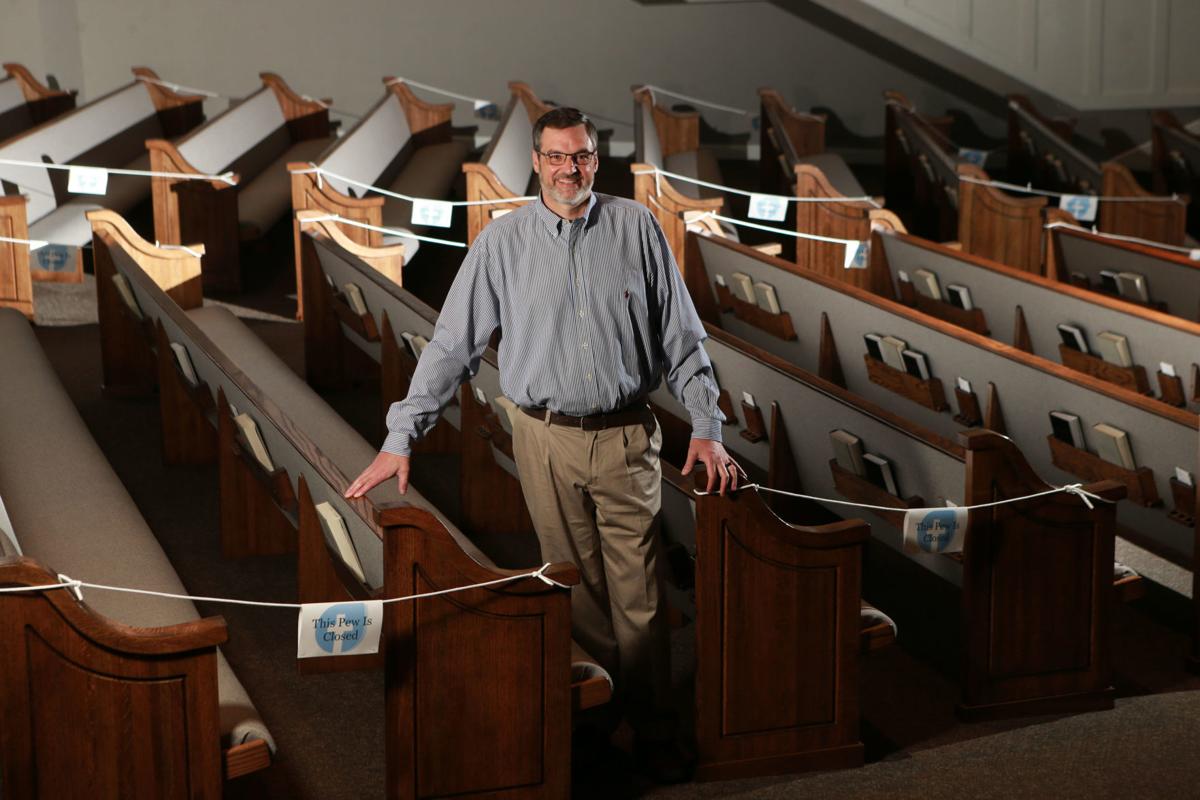 The Rev. Keith Cochran, pastor of West Jackson Street Baptist Church, says the sanctuary’s large size helps with social distancing. They rope off pews prior to services, and then switch for the next service so the pews are only occupied once. 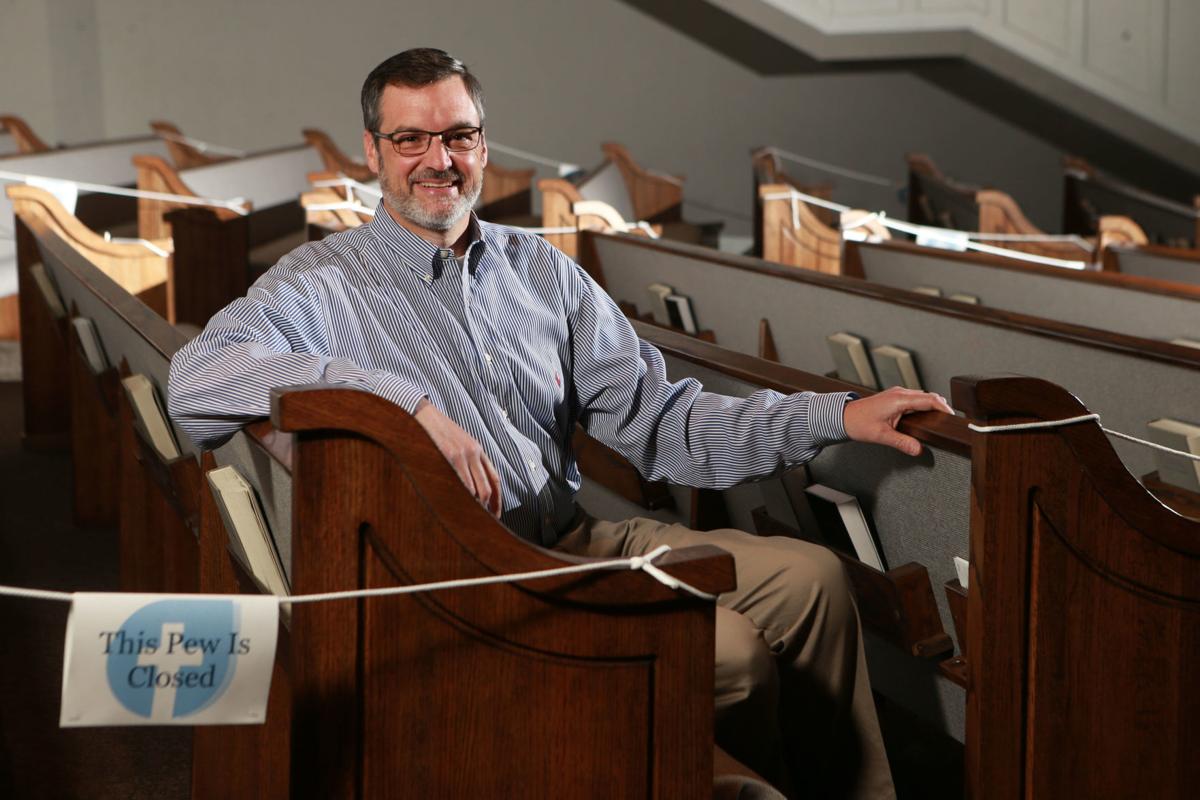 The Rev. Keith Cochran, pastor of West Jackson Baptist Church, says the sanctuary’s large size helps with social distancing. They rope off pews prior to services, and then switch for the next service so the pews are only occupied once.

The Rev. Keith Cochran, pastor of West Jackson Street Baptist Church, says the sanctuary’s large size helps with social distancing. They rope off pews prior to services, and then switch for the next service so the pews are only occupied once.

The Rev. Keith Cochran, pastor of West Jackson Baptist Church, says the sanctuary’s large size helps with social distancing. They rope off pews prior to services, and then switch for the next service so the pews are only occupied once.

TUPELO • “Church is more fun in a group.” That’s how the Rev. Keith Cochran, pastor at West Jackson Street Baptist Church in Tupelo, summed up the experience of welcoming his members back after their long COVID-19 hiatus.

Cochran, who has been the pastor at West Jackson for seven-plus years, said his first Sunday back in front of his congregation was a moving experience.

“I hardly preached that first Sunday,” he said. “It was so emotional, just getting back in a room together. I cut my sermon short and we spent most of the time singing together.”

While many churches are still waiting to reopen, Cochran said he and the leaders at West Jackson felt comfortable in welcoming their parishioners back.

“We started looking at the executive order from the governor,” he said. “Given the size of our auditorium, we felt like we had some wiggle room while staying within the rules. We decided we could meet the criteria and reopen on Memorial Day weekend.”

Cochran said even after three Sundays of live services, he still finds it difficult to override his pre-coronavirus pastoral intuitions.

“It felt normal in some ways,” he said. “But you have this excitement of being back together, and the difficulty of wanting to shake hands or hug. I’m a ‘touch person’ and it’s hard not to hug.”

With Sunday school and other small groups temporarily suspended, Cochran said he feels an urgency to make every moment together with his congregation meaningful.

Cochran said many changes were necessary to ensure the members returning to West Jackson felt safe in doing so.

“Our sanctuary has always been too big for us, but right now that’s working in our favor,” he said. “We rope off every other pew and allow two families per pew. We aren’t using any offering plates or bulletins, and we’re putting communion on hold for now. We won’t have a choir and we’ll only have nine people on stage at a maximum.”

In the brief break between the church’s two weekly Sunday morning worship services, Cochran said he and other staff and volunteers shift from ministerial to custodial mode.

“All the staff and the volunteers come in between services and wipe everything down,” he said. “In about 15 minutes we clean the bathrooms and wipe down every surface in the building and spray it with a little lemon-scented spray. We want it to feel and smell clean, but if you’re an absolute germaphobe, you’re probably not here anyway.”

Just as it is the broader culture, Cochran said mask-wearing is a potential wedge issue within churches.

Concerns about contagion notwithstanding, Cochran said West Jackson’s members are happy to be back together.

“Anytime you go without something, people are happy to get it back,” he said. “About 55 percent of our people have come back. Right now, it’s been more of our senior members who are returning. Our families with young children are slower to come back, because they know their kids aren’t going to practice social distancing.”

While Cochran said he was grateful for technology during the pandemic, he was even more grateful for an alternative to it.

“We’re kind of ‘Zoomed out,’” he said. “Church is a body of believers coming together. You can’t do that by yourself. There’s a difference in going to a ballgame and watching it on television.”

Cochran said he is optimistic about his congregation’s return to normalcy, but also concerned that some will have redefined ‘normal’ in the long wait to return.

“My fear is that some people will just stay home and watch church on their phone or computer,” he said. “You can’t tell me you’re as engaged doing it that way. My prayer is that people will come back and not let an online service take the place of worship. It’s a substitute, but it’s a poor substitute.”