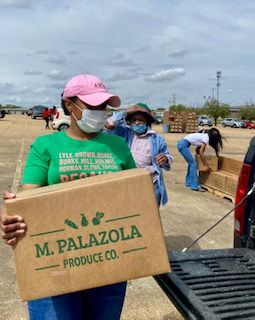 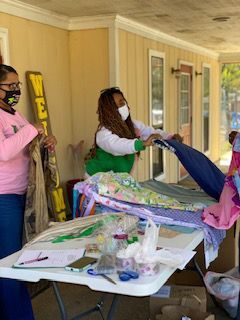 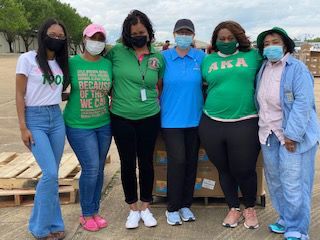 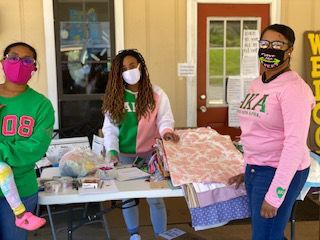 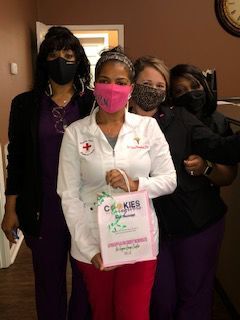 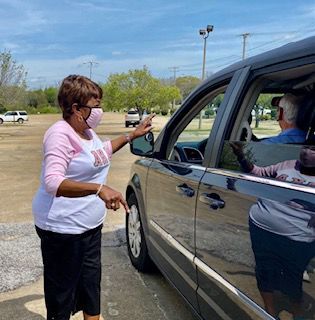 Following a year of virtual service, the Nu Sigma Omega Chapter of Alpha Kappa Alpha Sorority, Inc. eagerly resumed in person service projects this month and made up for lost time in a big way.

Sorority members showed their appreciation for health care workers by gifting medical staff with cookies as part of the "Cookies for Caregivers" program. In addition, chapter members of the sorority aided with food box distribution during two of the Family Resource Center’s weekly food box giveaway events at the Tupelo Furniture Market.

In observance of Global Impact Day, the chapter held a friendly team competition the creation of shirts and dresses. The chapter successfully collected 77 shirts, 63 dresses, 186 pairs of shoes, and 263 pairs of eyeglasses to be distributed to children in Haiti and other countries.

According to the Target 3 Service Chair, Jennifer Lindsey, “The past year has been very chaotic due to the pandemic and social distancing. However, our sorority‘s commitment to serving the needs of our community has never faltered.”