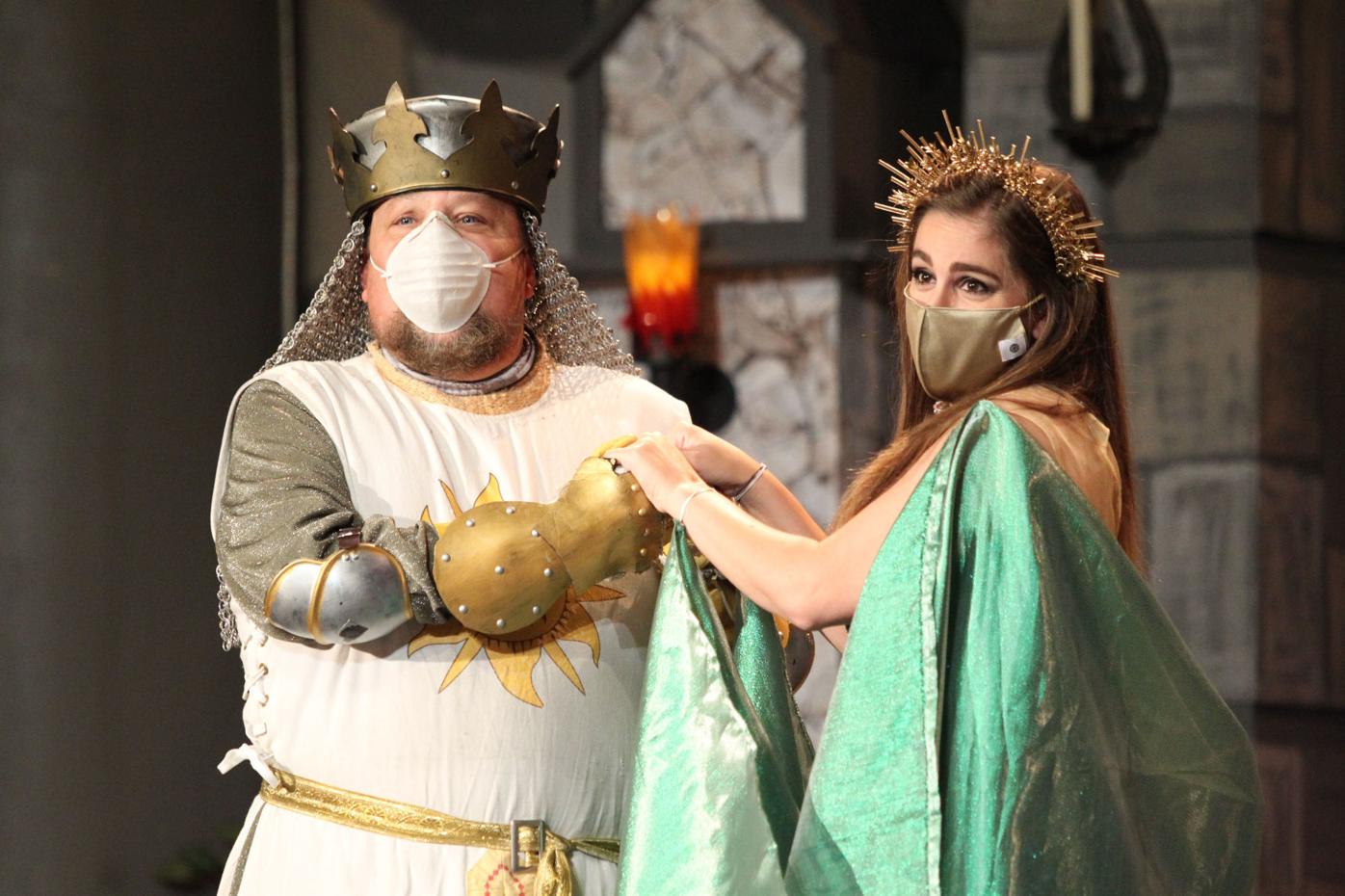 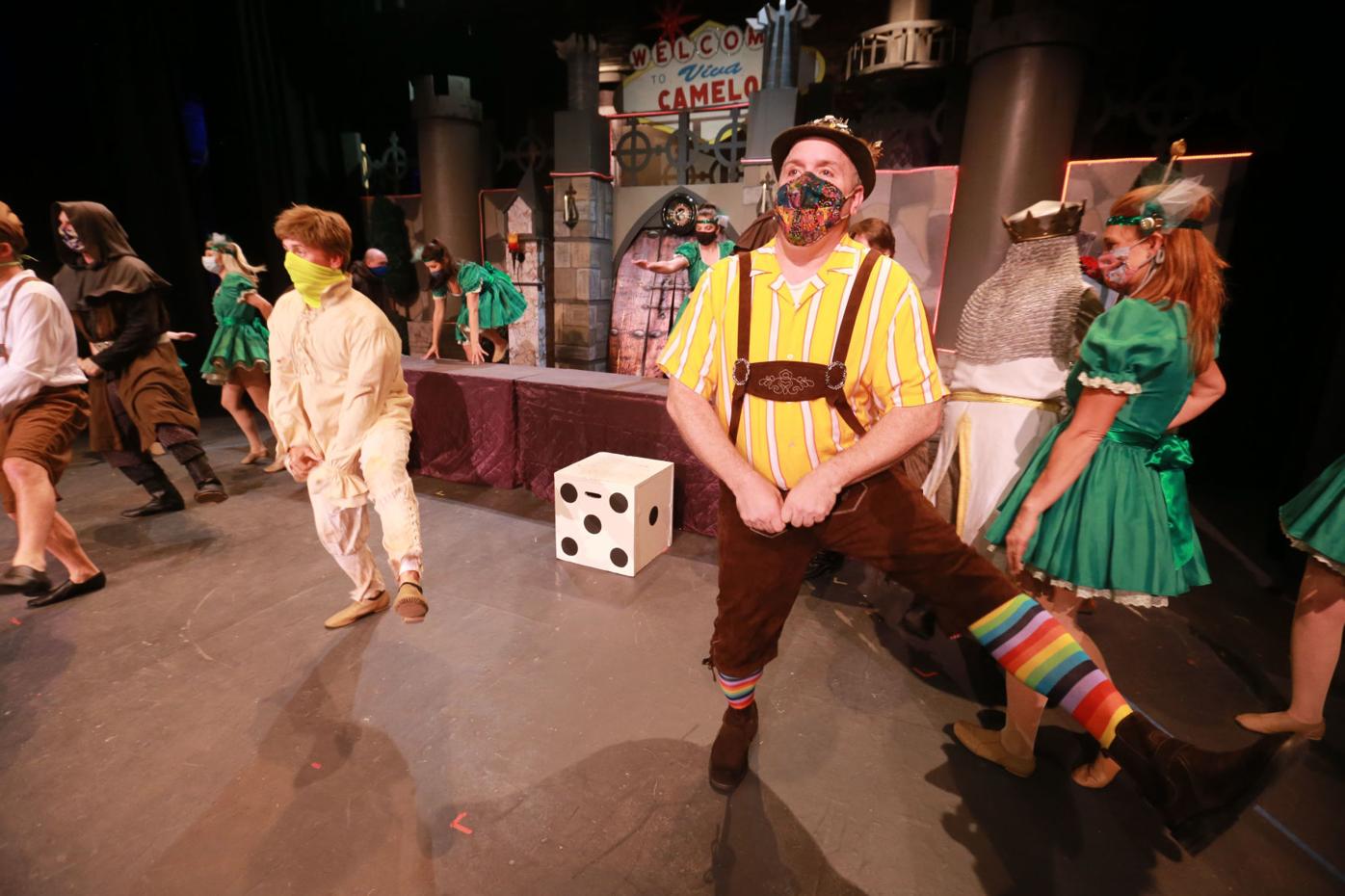 After spending the past few months rehearsing on Zoom, “Spamalot” cast members can now sing and dance in person as they prepare for next week’s production. 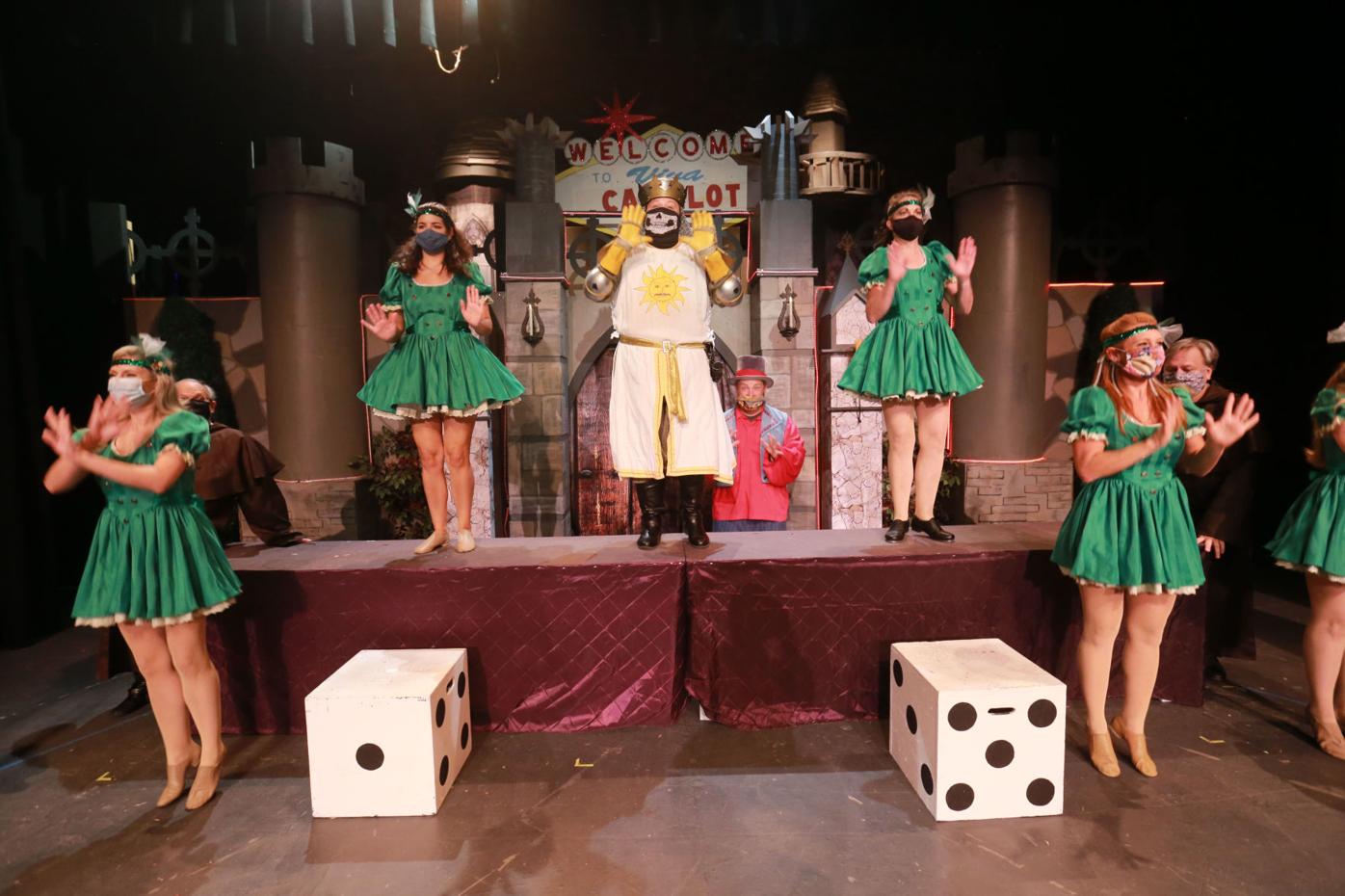 Showgirls perform in Camelot during TCT’s production of “Spamalot.”

After spending the past few months rehearsing on Zoom, “Spamalot” cast members can now sing and dance in person as they prepare for next week’s production.

Showgirls perform in Camelot during TCT’s production of “Spamalot.”

TUPELO • After months of delays and uncertainty, Tupelo Community Theatre is ready to bring its 50th season to a close with some laughter.

TCT’s golden year ends next week with “Monty Python’s Spamalot,” the musical comedy that was postponed from its original April run at the Lyric Theatre due to the coronavirus outbreak. Even though the performance was delayed, the word “cancel” was quickly dismissed.

“It came up, and we said, ‘No, we’re not going to think about that’,” said Christi Houin, director of “Spamalot.” “We were going to do everything in our power to make this show happen.”

The “Spamalot” cast and crew have been wearing protective masks during rehearsals, and they vow to bring the laughing, singing and dancing while keeping the Lyric safe for the audience.

“Wearing these masks have been a little trying,” said Mark Maharrey, who plays King Arthur, “but the main thing is that we’re trying to keep ourselves safe and keep the audience safe when they come see it.”

A parody inspired by the 1975 movie, “Monty Python and the Holy Grail,” “Spamalot” tells the legendary tale of King Arthur’s quest to find the Holy Grail. It features shenanigans including a line of beautiful dancing girls, flatulent Frenchmen and killer rabbits. Throughout the show, Arthur, traveling with his servant Patsy, recruits several knights to accompany him on his quest and as they meet such characters as the Lady of the Lake, Prince Herbert, Tim the Enchanter, Not Dead Fred, the Black Knight, and the Knights who say Ni.

Eric Idle, a member of the renowned Monty Python comedy group, wrote the musical. The original 2005 Broadway production was nominated for 14 Tony Awards and won three, including Best Musical.

“I discovered Monty Python when I was about 9 years old staying in New Orleans and watching it on public television,” he said. “I remember watching the movie when it first came out. … I thought (the musical) was an interesting concept. I’ve always been an Eric Idle fan.”

Maharrey and Danielle Ratliff, who plays the Lady of the Lake, are the only cast members with a single role. Twenty other cast members will be busy throughout the performance playing between three to six roles.

“There are lots of funny characters and moments,” Ratliff said. “I think it has a little something for everybody.”

Rehearsals first began in February, but they were shut down a month later when the pandemic reached Mississippi. Motivated to resume their work, the cast began rehearsing using the Zoom video conferencing program.

Once the cast and crew received the OK to resume live rehearsals, they donned their masks and practiced social distancing whenever possible to continue.

“We’re very grateful and just working super hard to bring a really quality show to the community,” Ratliff said. “I think we all can use a laugh right about now.”

Current Tupelo regulations require that audience members wear a mask as they enter, exit, and anytime they’re not seated in the Lyric.

“Spamalot” will bring down the curtain on TCT’s extended 50th year, which began Aug. 22-24, 2019 with the musical “Mamma Mia!”. Houin said the cast and crew are eager to wrap up the season with a joyful conclusion.

“We’ve put so much heart and soul into it that we are very determined, and you’ll definitely laugh,” she said.