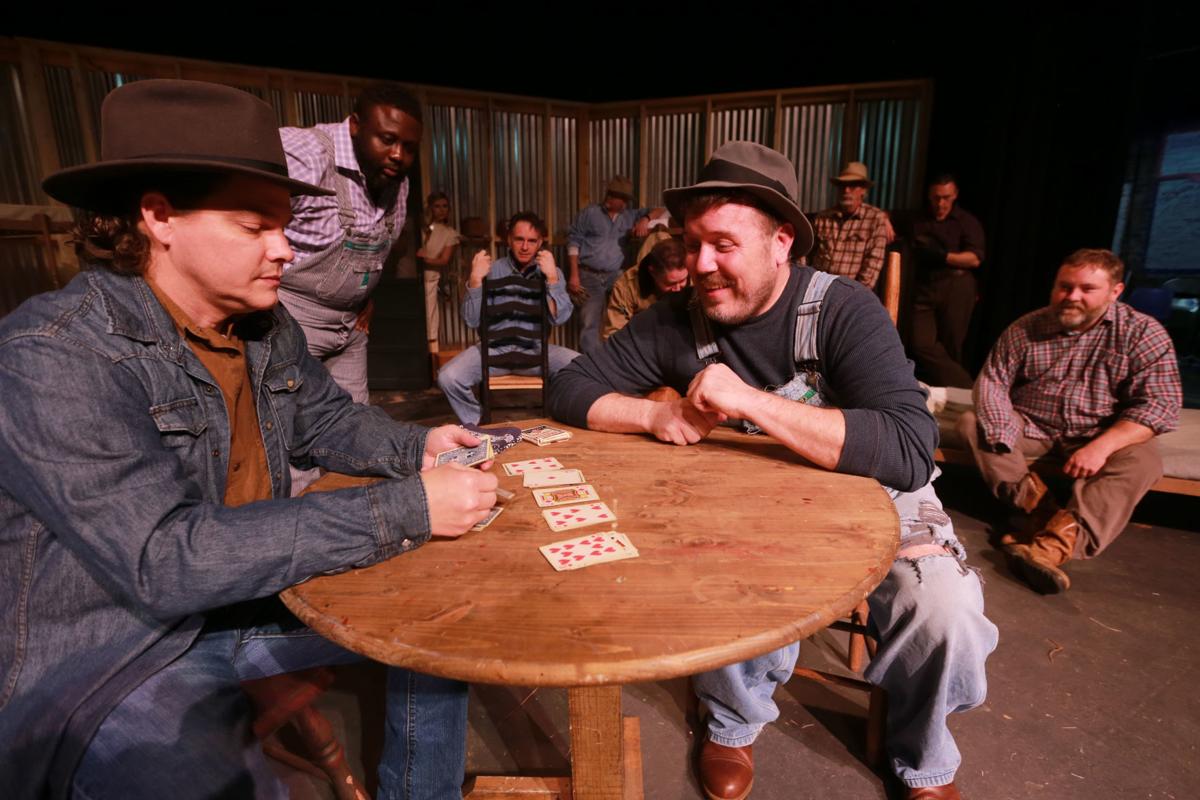 George (Todd Barnett), left, and Lennie (John Carroll) play a game of cards while others look on during a scene from Tupelo Community Theatre’s production of “Of Mice and Men.” TCT presents the John Steinbeck play Jan. 23-25 at the Lyric Theatre. 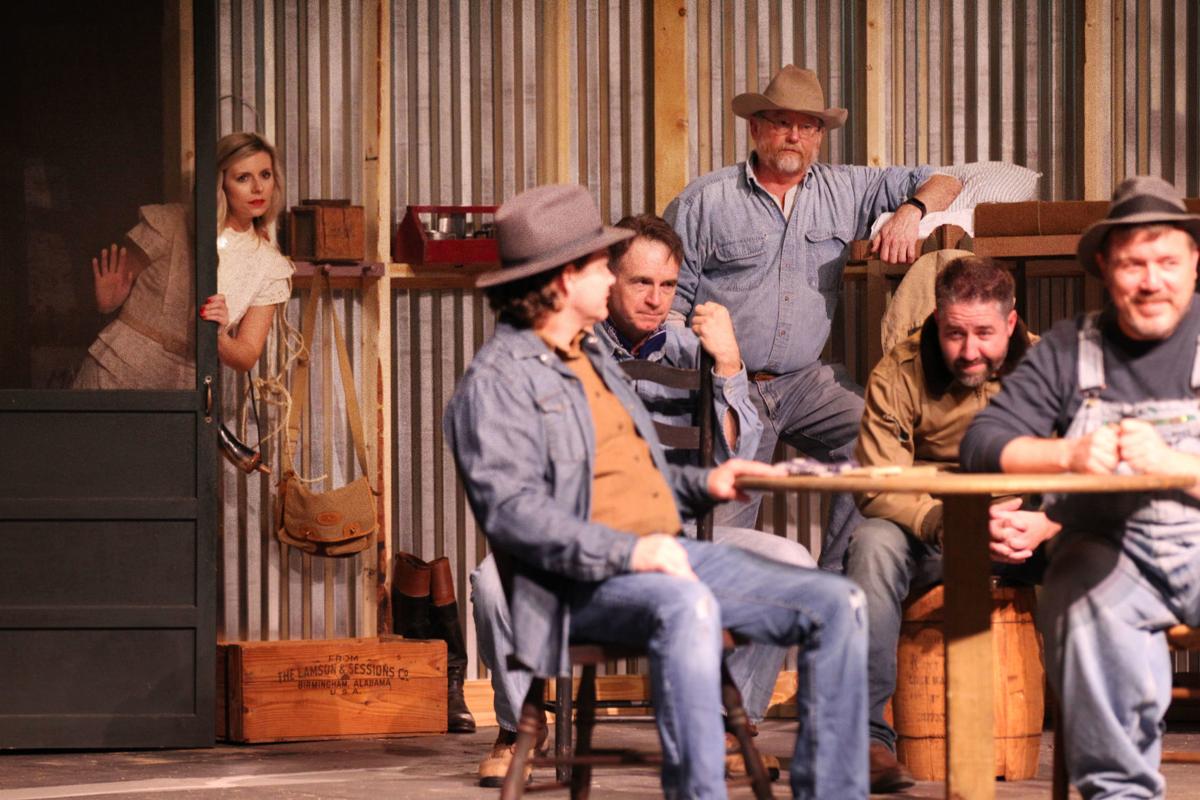 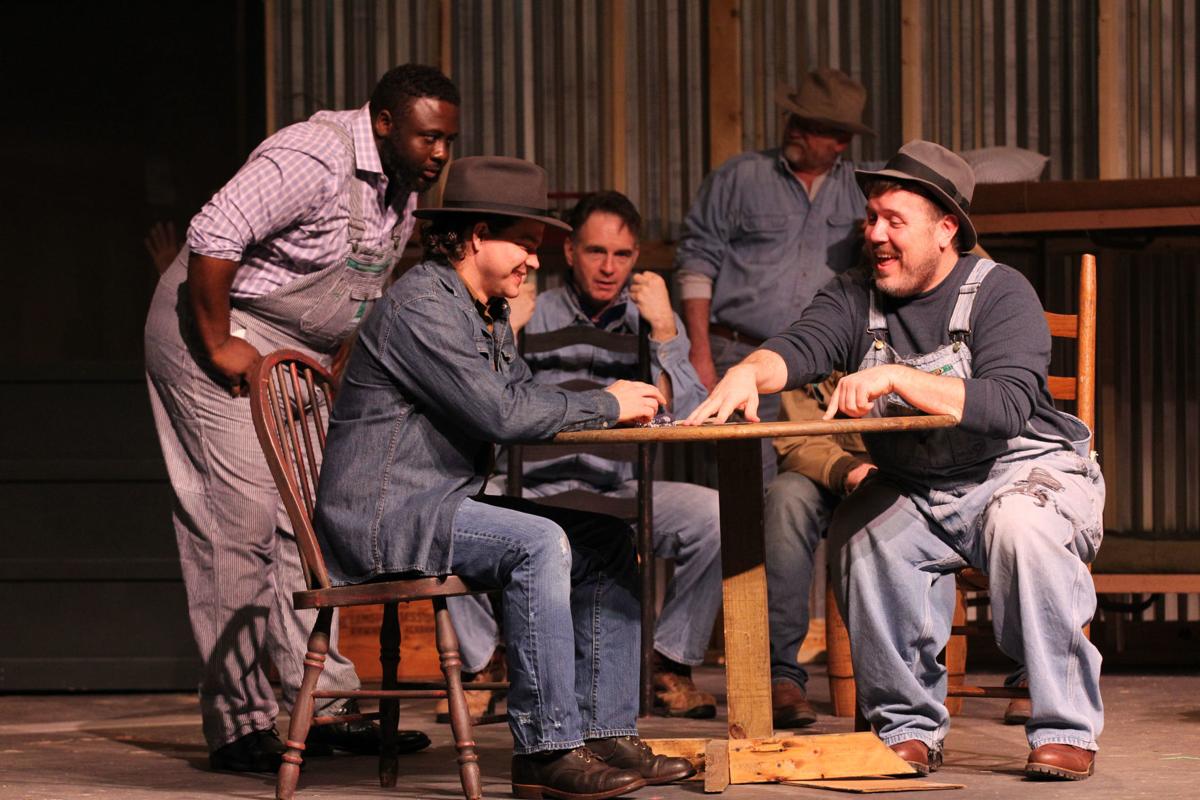 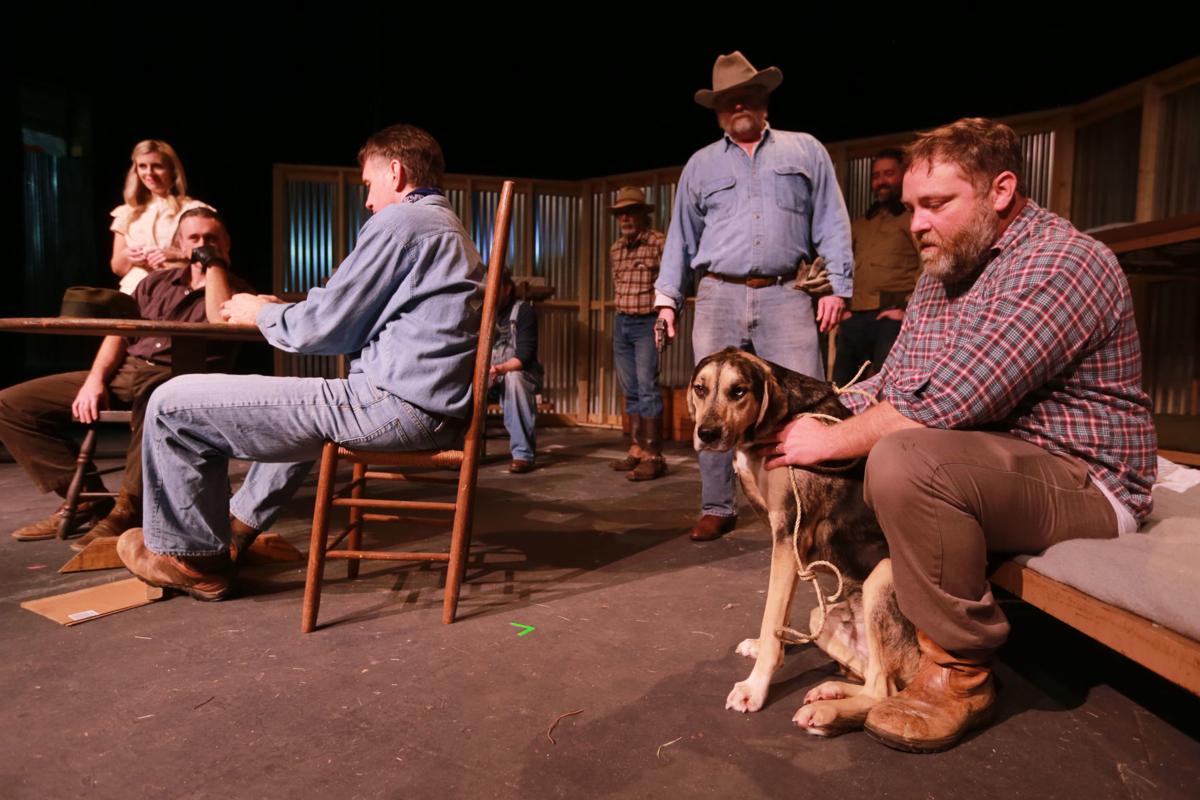 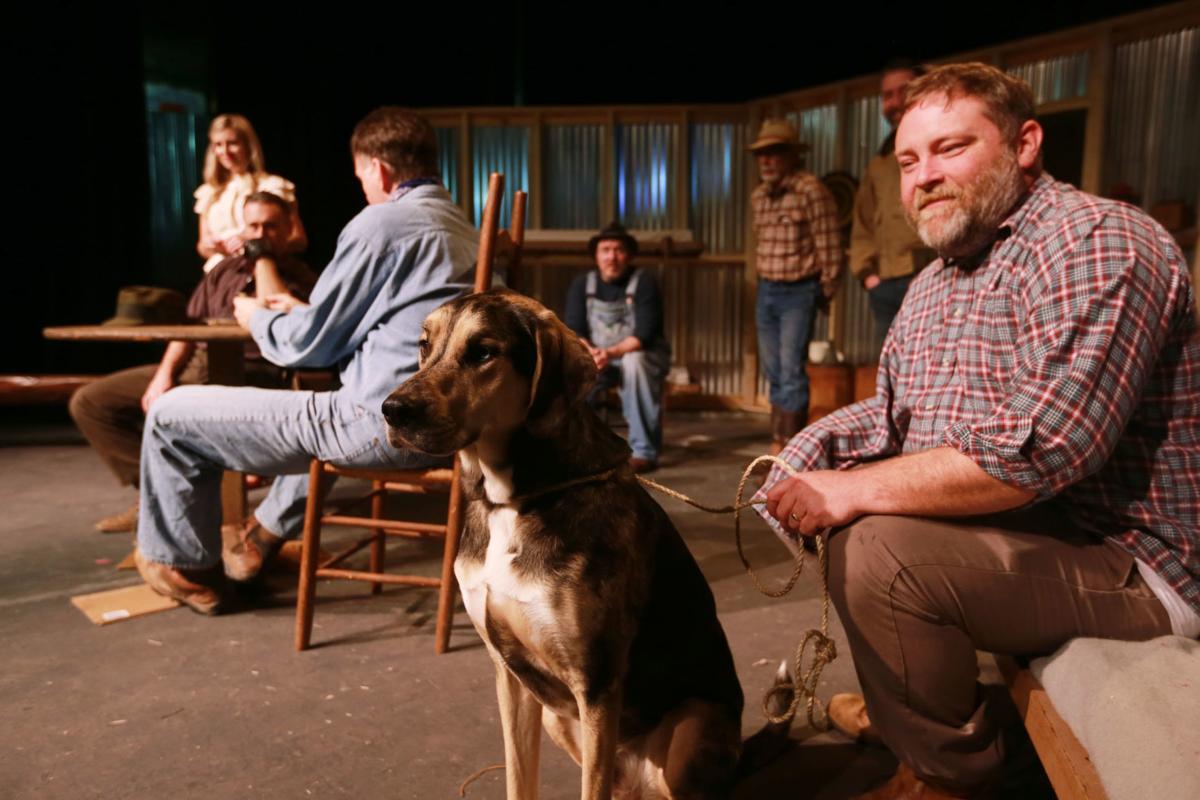 Candy (Josh Sullivan) keeps his trusty dog next to him in the bunk house during a scene from “Of Mice and Men.”

George (Todd Barnett), left, and Lennie (John Carroll) play a game of cards while others look on during a scene from Tupelo Community Theatre’s production of “Of Mice and Men.” TCT presents the John Steinbeck play Jan. 23-25 at the Lyric Theatre.

Candy (Josh Sullivan) keeps his trusty dog next to him in the bunk house during a scene from “Of Mice and Men.”

TUPELO • The Great Depression was a traumatic episode in our nation’s history.

People lost their jobs, homes, possessions, wealth and families in late 1929 and throughout the 1930s. As desperation set in, the hopes and dreams they tried to hold on to during a time of national suffering slipped away – leading to loneliness, bitterness and anger.

American author John Steinbeck captured those emotions in his works, especially in his 1937 novella and play, “Of Mice and Men.” Tupelo Community Theatre will bring those feelings to full view next week when it presents “Of Mice and Men” at the Lyric Theatre.

“It’s a really difficult play,” said Otis Tims, who is directing the play with his wife, Susan. “It explores so many themes. In some ways, it’s depressing, but I think in the end it shows mankind’s ability to endure all kinds of suffering and survive at a time of great national trauma. It’s trying to convey the pain all Americans felt. But the more disadvantaged you were, the more intense the pain.”

“Of Mice and Men,” the latest production in TCT’s 50th season, will have evening performances on Thursday, Friday and Saturday – all starting at 7:30 – and a Saturday afternoon performance at 2 p.m.

The play centers around migrant workers scratching out a living in Depression-era California. The main characters – George Milton (Todd Barnett) and Lennie Small (John Carroll) – are two friends in search of land and a home they can call their own.

“It’s definitely a look at the human condition of going through every kind of emotion – loneliness, despair, hope and dreams – and the loss of all of that,” Barnett said. “Always wanting something better, but can’t quite get there.”

George and Lennie are opposites. George is intelligent, short in statue and quick-tempered. Lennie is large, strong and simple-minded. They drift from camp to camp looking for work to save money.

“George is a mean loner, not a very nice guy,” said Barnett, “but he keeps Lennie around because he knows deep down Lennie keeps him grounded and I think he loves him in a certain way only George can show it. He loves him for the fact that Linnie gives him hope. He’s the only hope in the world he’s got. Even though he wants to kill him sometimes, he squelches that hatred.”

When Lennie arrives at a work camp, he becomes a target of insults from other migrants.

“He’s not aware of people making fun on him. He’s oblivious to everything around him,” Carroll said of his character. “He’s focused on one thing, and that’s the person he’s been with the most in his life. He’s dependent on that person no matter what, through good times and bad, happy or sad.”

Lennie, however, has a problem with showing too much affection to small animals like mice and puppies. It leads to bigger problems that causes conflict within the camp.

Lennie isn’t the only one who receives the brunt of the migrants’ anger. The daughter-in-law of the ranch’s boss, an African-American migrant and the physically-disabled ranch hand and his dog are targets, too.

“When people have nothing, they have their feelings,” Carroll said. “And when you only have your feelings, it becomes more raw. How you feel toward other people, other races, toward your own predicament. It’s basically an open wound, a study of the human emotion, and it puts it right there in front of people.”

Tims said the play reflects how society mistreats people who are different.

“The worse somebody’s circumstances are, the more he tries to find somebody else to mistreat so he can feel better about himself,” he said. “It speaks to the pain of the people who were disadvantaged in one way or another.”

Not only are the emotions raw in the play, so is the language. It can be harsh at times, including profanities and offensive racial slurs commonly used by laborers in the 1930s.

Barnett said there are some lighthearted moments in the play. He encourages the audience to focus on the story and the characters, not the language.

“There’s so much beautiful stuff going on with every character in the show that boils to the surface,” he said. “It makes for a wonderful character play for everybody in the show to explore that range.”

WHAT: Tupelo Community Theatre production of "Of Mice and Men"

ADVISORY: The play contains harsh language, including profanities and offensive racial slurs commonly used by laborers in the 1930s.