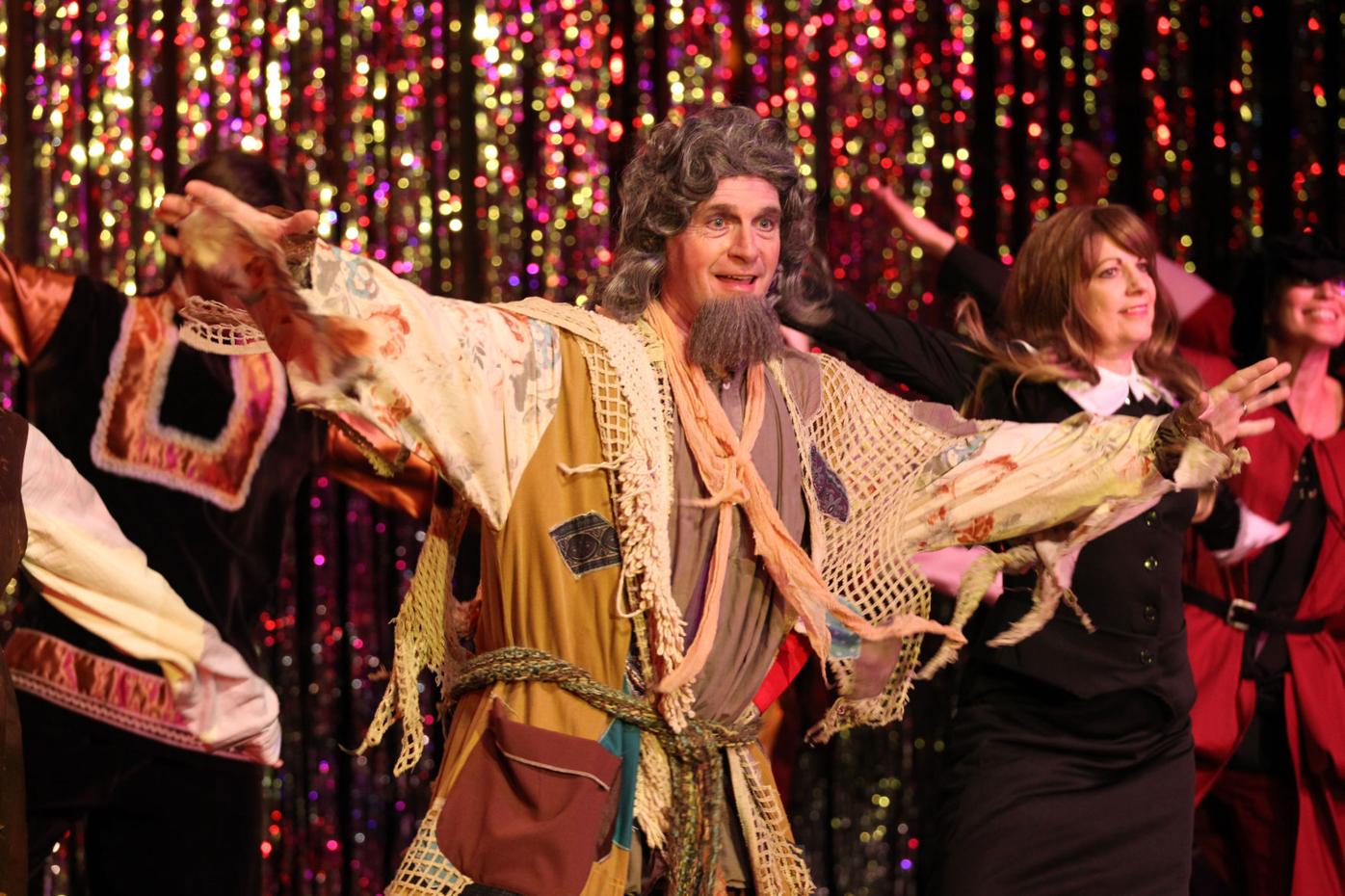 Nostradamus (Jeff Houin) joins others for a song and dance in the comedy musical “Something Rotten!”, which will be presented June 17-19 by Tupelo Community Theatre. 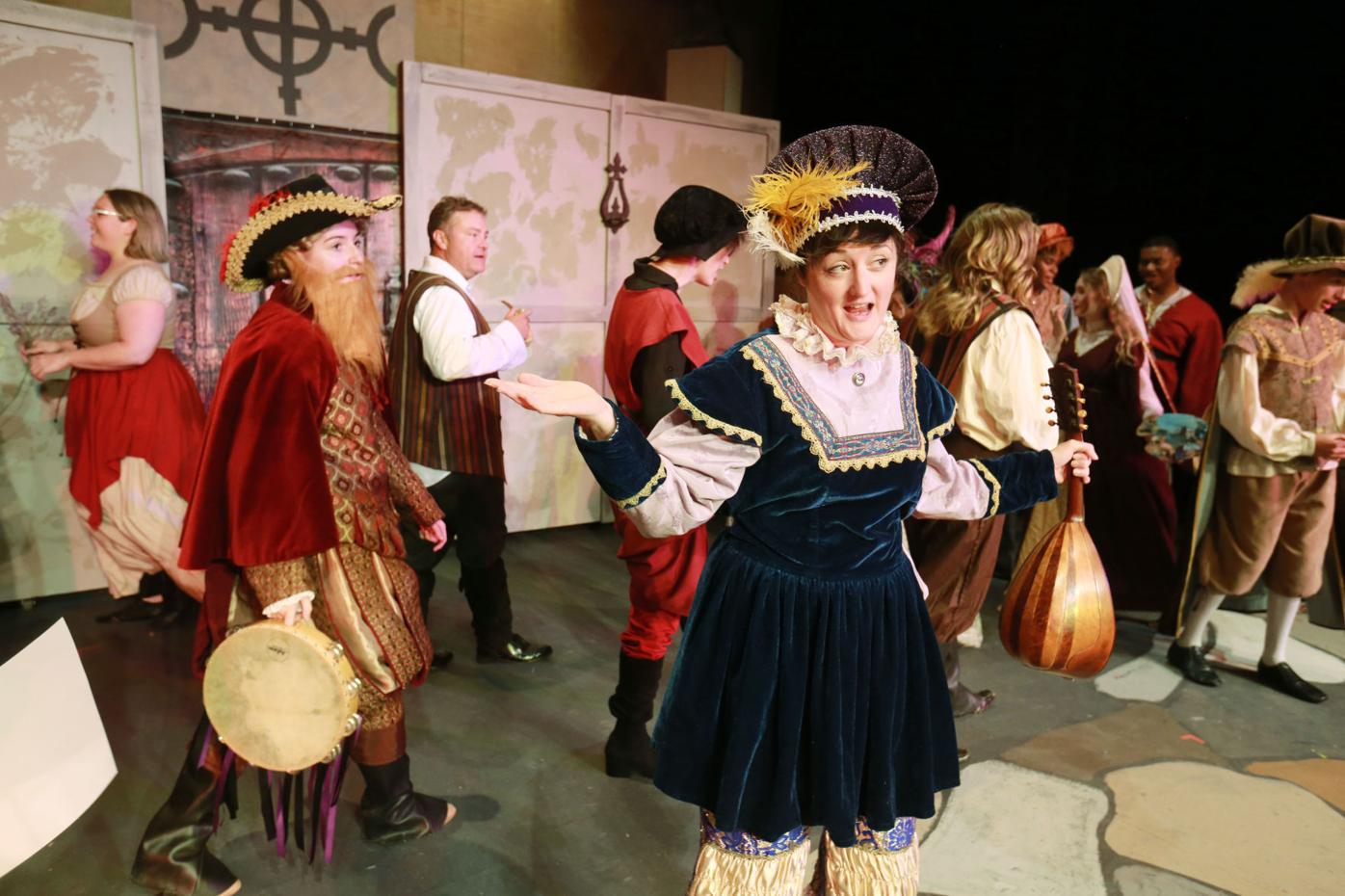 The Renaissance minstrel (Haley Johnson) is joined by the cast during the opening song of “Something Rotten!”. 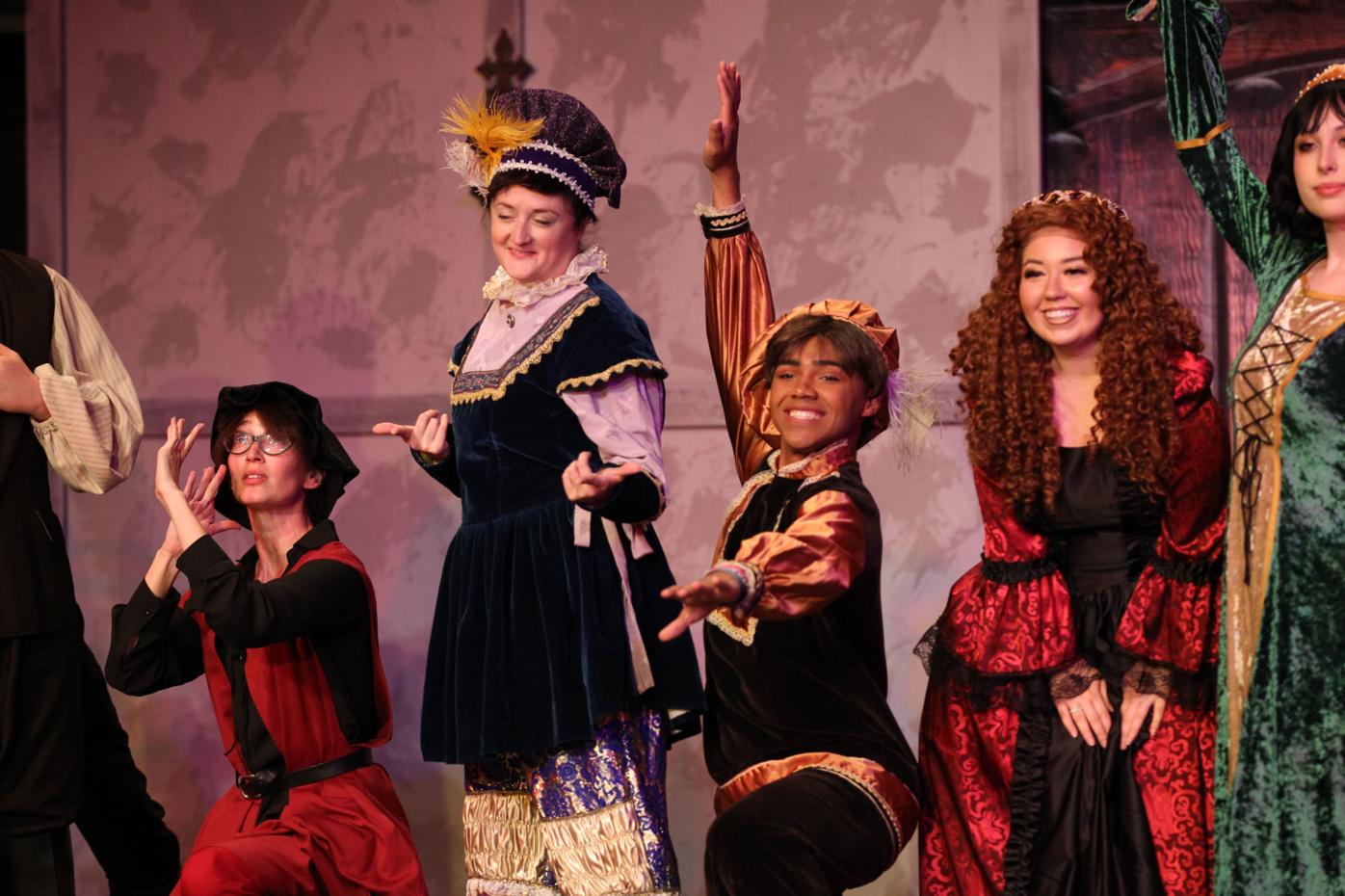 Members of the "Something Rotten!" cast perform during rehearsal in preparation for the TCT production.

Nostradamus (Jeff Houin) joins others for a song and dance in the comedy musical “Something Rotten!”, which will be presented June 17-19 by Tupelo Community Theatre.

The Renaissance minstrel (Haley Johnson) is joined by the cast during the opening song of “Something Rotten!”.

Members of the "Something Rotten!" cast perform during rehearsal in preparation for the TCT production.

TUPELO • Back in the days of the English Renaissance, William Shakespeare was on fire.

He was “The Bard,” a playwriting rock star who cranked out hit after hit in the 1590s. Fans of the famed author and poet would fill the Globe Theatre for his latest comedies, histories and tragedies.

Shakespeare may be the hottest thing in south London, but the pressure of celebrity is affecting him. “It’s hard to be the Bard,” he proclaimed.

Meanwhile, Nick and Nigel Bottom saw the fame Shakespeare enjoyed in public and wanted a piece of it. The Bottom brothers were struggling playwrights seeking to create their own breakthrough work.

Nick would visit the seer Nostradamus, who shares a vision of theater in the future – acting, singing and dancing in the same production. The brothers later teamed up to write something not even the great Bard had done – a musical.

The musical, Nick predicts, would be the ticket to success. “This Bottom’s gonna be on top,” he said.

The Bottom-Shakespeare rivalry and everything Nostradamus envisioned will be presented on stage next week when Tupelo Community Theatre ends the 2020-21 season with the popular comedy musical, “Something Rotten!”

“Something Rotten!” is an original musical comedy written by brothers Karey and Wayne Kirkpatrick. It opened on Broadway in 2015 and closed in 2017 after 742 performances.

“Something Rotten!” was nominated for 10 Tony Awards, including Best Musical, and won one – Christian Borle as Best Featured Actor for his portrayal of Shakespeare. The cast album received a Grammy nomination in 2016 for Best Musical Theatre Album.

Christi Houin, director of TCT’s “Something Rotten!”, said she and her husband, Jeff, saw the musical during its original Broadway run. Jeff Houin plays Nostradamus in the TCT production.

“It’s hilarious,” she said. “We sat on the edge of our seats the entire first act. I literally laughed the entire time and was just blown away by it. I thought to myself, ‘Yeah, I’d like to direct this someday’.”

“Something Rotten!” is a fitting way to wrap up the season, Houin said. There are about 30 cast members who are either singing, acting or dancing throughout the two-act performance.

“It’s usually a big musical production, and that’s what people want to see more than anything,” she said.

Playing the Bottom brothers are Zach Bragg (Nick) and Jesse Watkins (Nigel). Watkins is a newcomer whose first visit to an TCT event was last year’s season-ending musical, “Spamalot.”

“I’ve lived in Tupelo for about three years, and I wanted to be more involved in the community,” Watkins said. “I thought what better way to do it than to do something I enjoy, which is making music with people and acting with people. Plus, I was able to reconnect with Shakespeare.”

Bragg said he and Watkins have formed a good tandem during rehearsals.

“Jesse is a natural,” he said. “It’s really easy to believe he’s my brother. I think we jell. He’s fun to work with, and he makes it easy for me.”

In “Something Rotten!”, Shakespeare becomes interested in the Bottom brothers’ attempt to produce a musical about eggs. While “Something Rotten!” is set in 1595, the real Shakespeare published one of his greatest works, “Hamlet,” was written between 1599 and 1601. The quote, “Something is rotten in the state of Denmark,” comes from “Hamlet.”

“It’s sort of revisionist history of a rumor,” Bragg said. “There’s always this talk that Shakespeare was a plagiarist anyway, and this kind of expounds on that.”

The Bard in TCT’s production is Matt Strickland, who filled a huge hole in May after the original Shakespeare cast member dropped out.

“I was so honored to be asked,” Strickland said. “I had to basically learn my music and my lines in a week. The fact they showed confidence in me that could get it done in three weeks, it’s a supreme honor.”

Strickland said the talented cast will make “Something Rotten!” a memorable performance to close out TCT’s 51st season.

“If Tupelo had an ‘Avengers: End Game’ cast, this would be the cast,” he said. “It’s the most ridiculously talented group of people I have ever seen in my life. It’s a who’s who of people in Tupelo.”

TCT also announced that the Lyric will be back to 100% capacity. Anyone not vaccinated should plan on wearing a mask when at the production.

WHAT: Tupelo Community Theatre production of "Something Rotten!"

MORE INFO: The show is rated PG-13. ... The Lyric will be back to 100% capacity. Anyone not vaccinated should plan on wearing a mask when at the production.