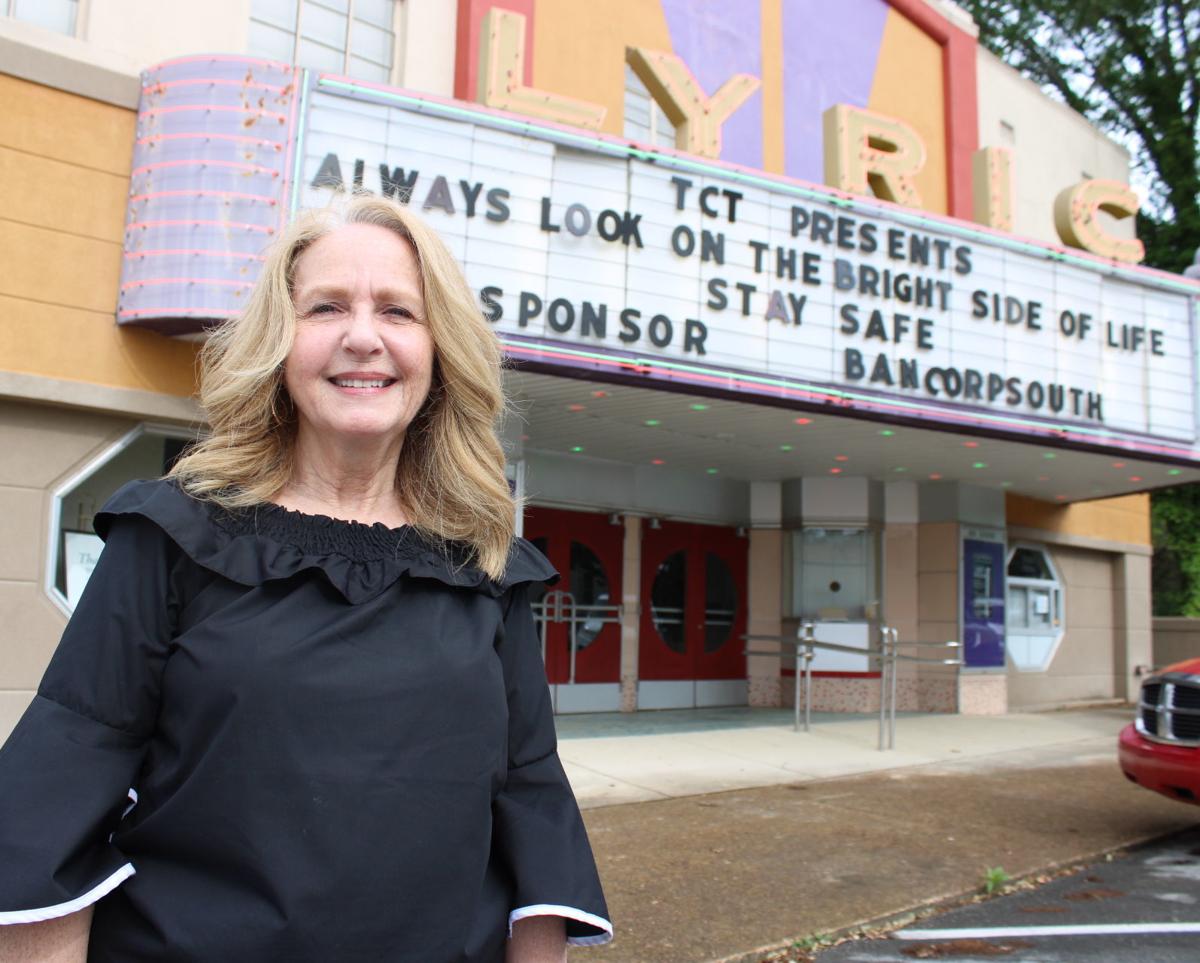 Debra Robison stands outside the Lyric Theatre – home of Tupelo Community Theatre. Robison, who is president of the TCT Board of Directors, has been involved in many TCT productions since 1994 either as a performer or musical director. She is one of three recipients this year of the Robert G. Gard Superior Volunteer Award, presented by the American Association of Community Theatre. 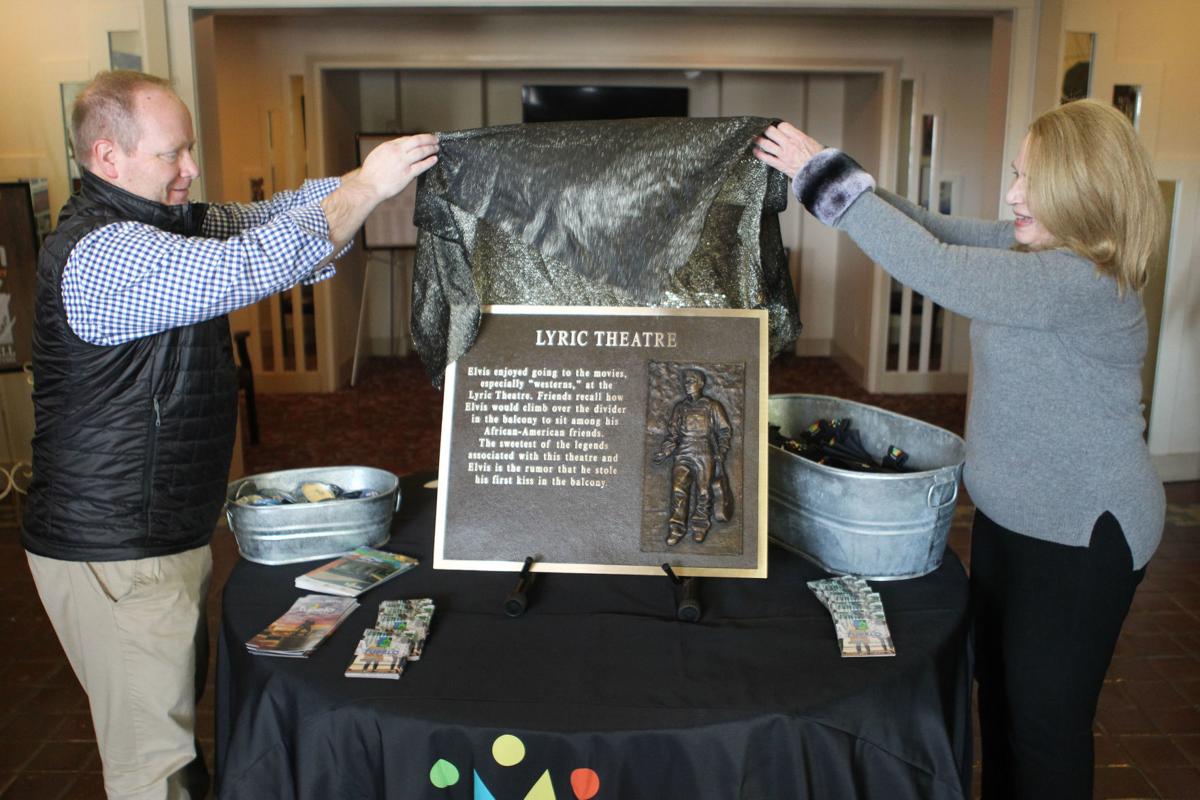 Debra Robison stands outside the Lyric Theatre – home of Tupelo Community Theatre. Robison, who is president of the TCT Board of Directors, has been involved in many TCT productions since 1994 either as a performer or musical director. She is one of three recipients this year of the Robert G. Gard Superior Volunteer Award, presented by the American Association of Community Theatre.

TUPELO • Debra Robison first walked into a Tupelo Community Theatre audition in 1994 looking for a role in the musical “Hello, Dolly!”

“I only auditioned for chorus,” Robison recalled. “I did not want a big part. I was just going to have a little fun.”

Robison got the part in the chorus and has been with TCT ever since. A talented pianist and singer, she has been involved with numerous TCT productions as a performer and as musical director. Robison was first elected to the TCT board in 2000 and is in her second year as president of the Board of Directors.

Robison’s volunteerism has benefited TCT, and now she’s being recognized for it on the national level. She is one of three recipients this year of the American Association of Community Theatre’s Robert E. Gard Superior Volunteer Award, which is presented to volunteers age 65 and older who have faithfully served community theater for over 25 years.

Robison is the first person from a Mississippi-based theater company to win the award, which was first presented in 1982. She shares the honor this year with Susie Polito of Midland, Michigan, and Charles Wilson of Lynn Haven, Florida.

“I am honored to be the first one,” she said.

Her fellow TCT board members surprised her with the announcement Monday night during a video conference call.

“Everyone was thrilled that she won the award,” said TCT Executive Director Tom Booth. “Debra has done a great job as president.”

Robison said TCT has been an outlet for her. “I have been doing music all my life and had been an accompanist since probably I was in the fourth grade. I’ve been a church music director and pianist, but never actually on the stage,” said Robison, looking back at what inspired her to try out for “Hello, Dolly!”

“I did it when I became an empty nester when my last child went to college,” she added. “I decided that’s what I wanted to do, something like that.”

Since her debut in “Hello, Dolly!” on the Lyric Theatre stage, Robison has appeared in other productions, including “Fiddler on the Roof,” “South Pacific,” “Oliver!,” “Les Miserables,” “A Funny Thing Happened on the Way to the Forum,” “A Little House Christmas” and “Anything Goes.”

Robison came full circle in April 2018 as musical director of TCT’s reprise of “Hello, Dolly!” – 24 years after her debut.

“In all the musicals I’ve directed over the years, she’s been my musical director in I’d say about 85 percent of them,” Booth said.

On the administrative side of TCT, Robison has served on all of its committees and as a board secretary. A paralegal with a law firm, Robison has used that experience in her volunteer work toward writing and obtaining grant funding for TCT.

Robison said it takes volunteers for community theatre to succeed, and she’s grateful for the award and what it represents.

“It means a lot because this is my heart,” she said of TCT. “I’m giving to the organization and not expecting anything in return, and that is just a thrill. Just to be in community with all the other volunteers and to see what we can produce through that is totally satisfying.”

Robison is wrapping up TCT’s 2019-20 season as musical director of the comedy “Monty Python’s Spamalot.” The production has been postponed due to COVID-19 concerns, but rehearsals continue through Zoom.

“We had been rehearsing since January,” she said. “With big musicals, we get started early with the music. We had Act I down when the virus hit, and of course we had to make the decision not to hold live rehearsals.”

Robison said she and the “Spamalot” cast and crew are determined to end TCT’s 50th season on stage at the Lyric.

“We’ll make it work,” she said. “We’ve put too much work in this to let it go by the wayside. We’ll get it in somehow.”