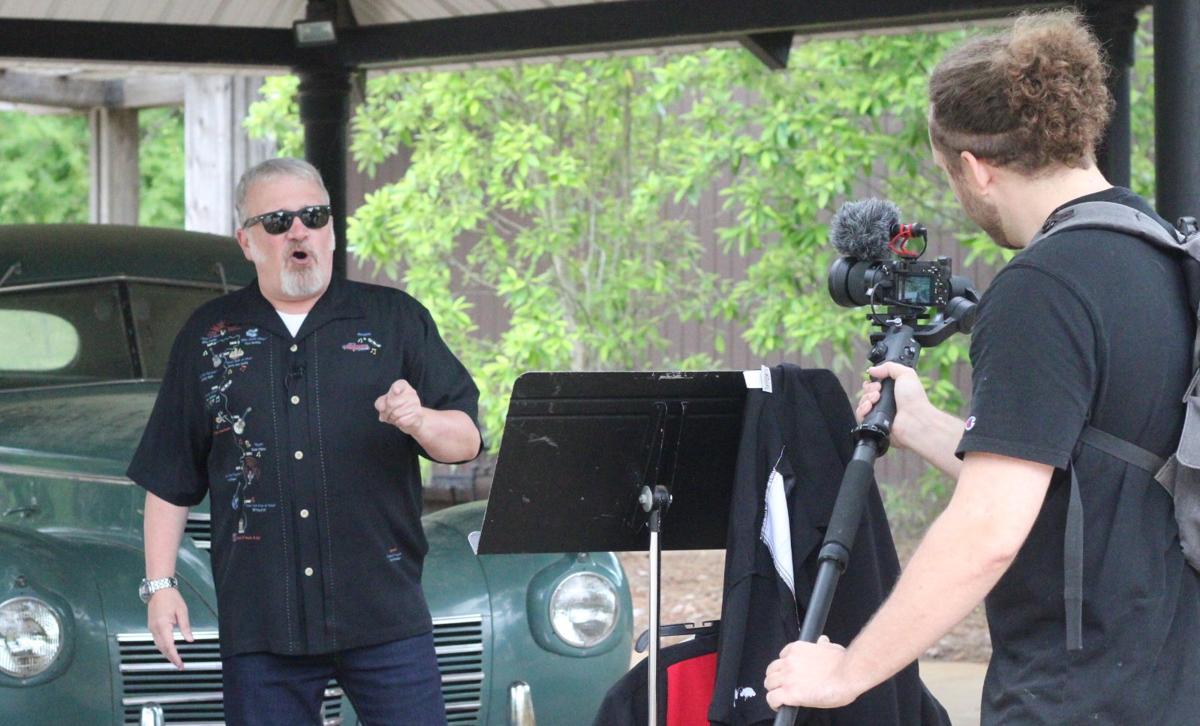 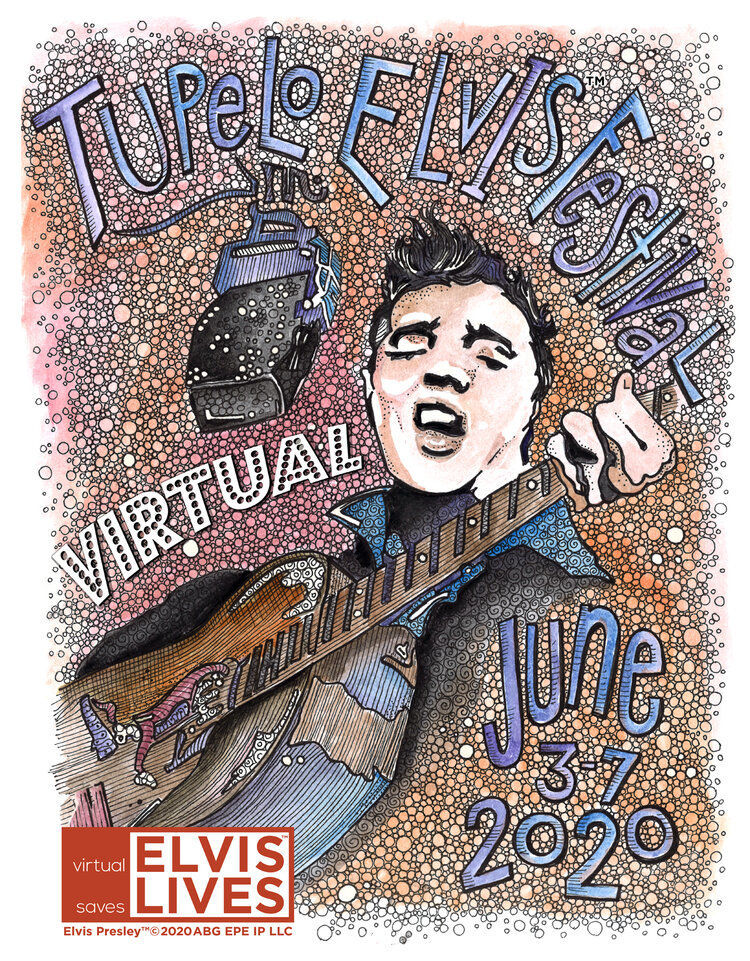 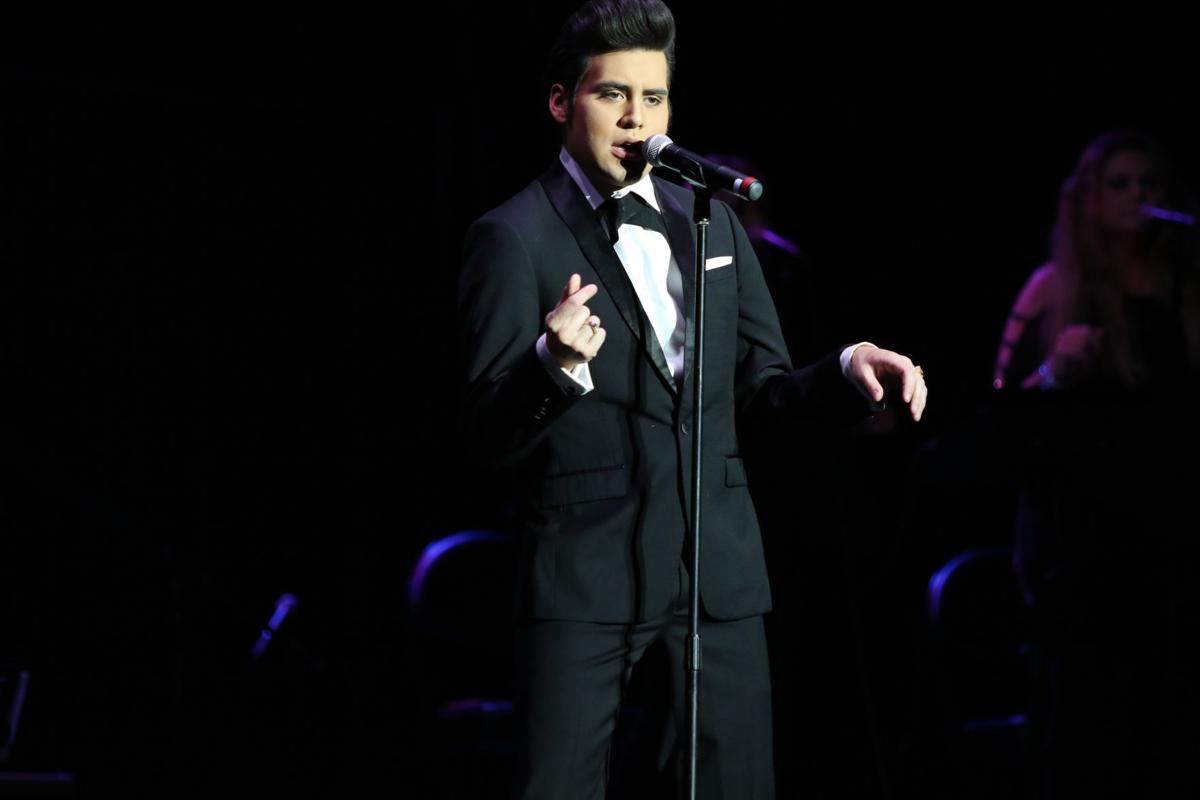 Taylor Rodriguez, winner of the 2019 Ultimate Elvis Tribute Artist contest in Memphis, will perform next week during the Virtual Elvis Festival. Rodriguez qualified for the UETA by winning the tribute artist competition at last year’s Tupelo Elvis Festival.

Taylor Rodriguez, winner of the 2019 Ultimate Elvis Tribute Artist contest in Memphis, will perform next week during the Virtual Elvis Festival. Rodriguez qualified for the UETA by winning the tribute artist competition at last year’s Tupelo Elvis Festival.

TUPELO • COVID-19 may have shut down the live version of the Tupelo Elvis Festival, but an online lineup of tribute artists and guests will carry on the King’s music and legacy.

This year’s festival will be a virtual experience. Performances and special events are scheduled from Wednesday through Sunday on the Tupelo Elvis Festival Facebook page.

Additional information about festival activities will be posted on the event website, tupeloelvisfestival.com.

“Everybody is so open to the virtual experience now because we’re seeing it in late-night television and on newscasts. It’s going to be OK,” he said. “Tupelo wants to keep the music going. And you know what? It’s not going to stop Elvis. He’s still rocking.”

Not long after the pandemic began, festival organizers began planning for a virtual event just in case the annual festival in downtown Tupelo couldn’t go on as scheduled.

“We have been working on it since the end of March,” said Debbie Brangenberg, executive director of Downtown Tupelo Main Street Association and the Elvis festival. “We have been gradually pulling all the pieces together and what it would take. We wanted to put our spin on it and make it special.”

The three past winners from Tupelo will be featured in “Tupelo to Memphis,” a festival segment starting at 1 p.m. Saturday.

Tupelo will not have an ETA contest this year, Brangenberg said, choosing instead to focus on the virtual festival.

Most of the festival can be viewed for free, but the following are limited to private Facebook groups: A VIP-only gathering of Elvis tribute artist meet-and-greets on Saturday afternoon, and “Through The Years! Jeff Lewis & Friends After Party” broadcasts on Wednesday, Thursday and Saturday evenings. A “Through the Years” broadcast will be available for free Friday night.

Another popular festival event, the Dilworth Animal Hospital pet parade, will be online as well. The virtual pet parade starts at 8:30 a.m. Saturday on Facebook Live.

“With this virtual experience, we want people to say, ‘Yeah, I still feel it. I want to go next year.’ It’s a great week,” he said.

Visit the festival website, tupeloelvisfestival.com, or its Facebook page for more information about this year's Virtual Elvis Festival.