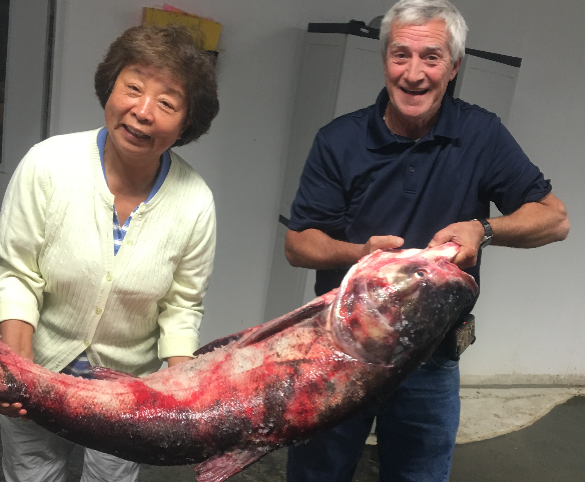 bighead carp to a customer. 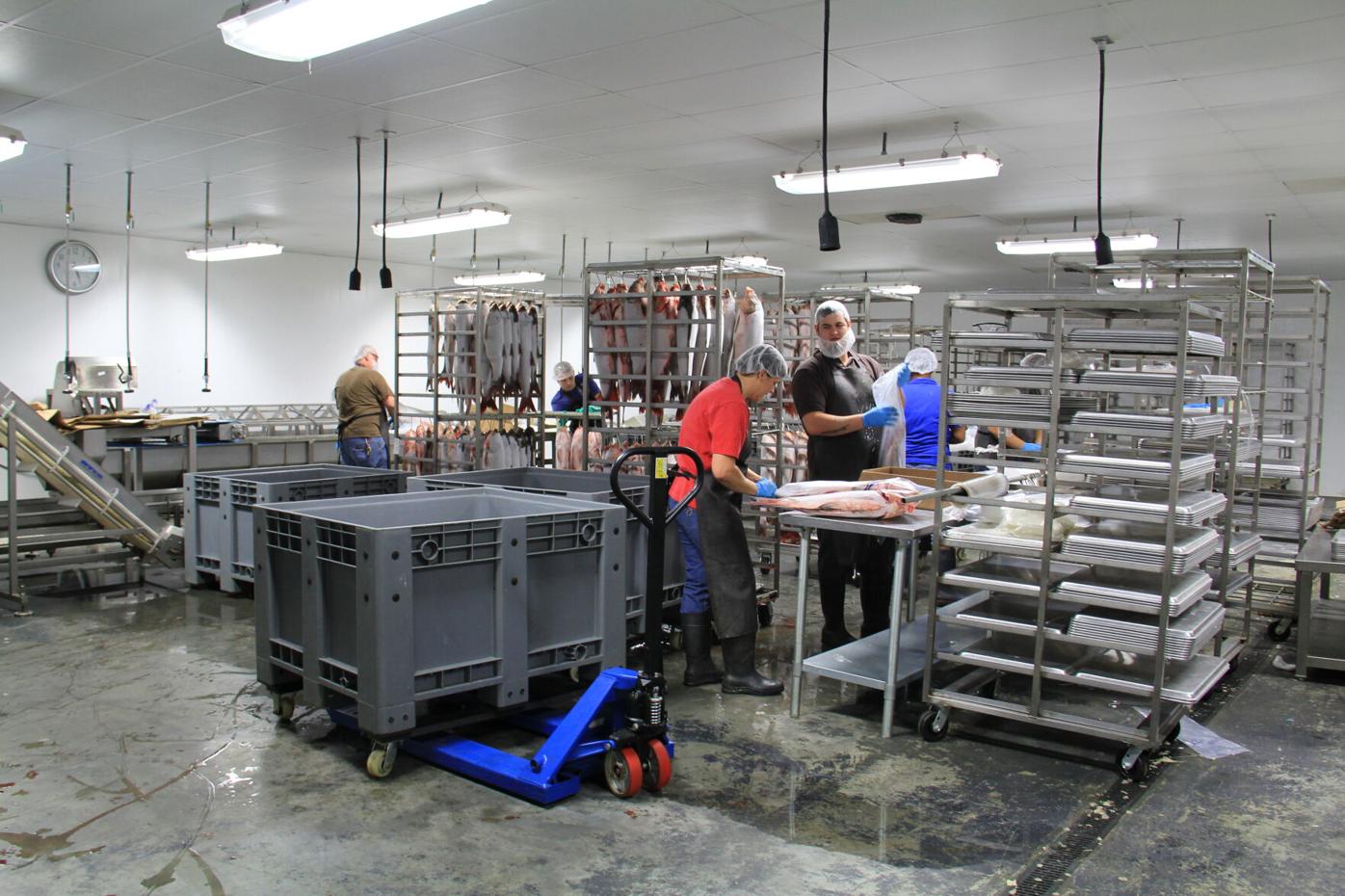 Perhaps you've seen one of those videos of crazy fish leaping out of a river as a boat passes and passengers laugh, scream and try to defend themselves.

Those are Asian carp, and they can grow quite large – 100 pounds or more – and inflict injury on humans.

One thing is for sure: they are plentiful and out-compete native species.

They have led to programs to control them before they completely take over waterways.

Grass carp, which are not the species at issue in this story, were introduced into Arkansas in the 1960s to control algae.

Accidentally, other types of carp were brought into Arkansas and later got into the Mississippi River Basin and headed north, then south to include the lower Mississippi River and some of its tributaries, according to the Tip of the Mitt Watershed Council, based in northern Michigan.

The Magnolia State's waterways and lakes on the western part of the state starting at the Mississippi River have millions of silver carp, according to Dennis Rickey of the Mississippi Wildlife Fisheries and Parks department.

An Indianola company, Moon River Foods Inc., is trying to do something about the situation.

That means catching the silver carp, processing them and selling them for a profit.

The idea is to catch the carp in sufficient numbers and turn a “bad thing into something good,” said Claire Qi of Moon River Foods.

So far, not so good.

The company announced its intentions in 2014 to invest $3 million and create 100 jobs.

As of now the company has invested $12 million and lost at least $6 million, Qi said.

Currently, there are about 10 employees, said Qi, who added that the most workers they have had was 30.

The problem is Moon River can't get enough of the fish because he company cannot find enough fishermen, she said.

Mississippi has “maybe less than 20” full-time licensed commercial fishermen, according to Dennis Rickey, a fisheries coordinator or the Mississippi Department of Wildlife, Fisheries and Parks.

But he said there are millions of the carp in Mississippi, from the Mississippi river and eastward throughout the Yazoo River Basin, including oxbow lakes and smaller streams.

But some help has arrived.

A program funded by the federal government and administered by the Mississippi Wildlife, Fisheries and Parks, started incentivizing the industry on March 15.

The agency would not divulge the extent of the funding but the Mississippi Business Journal has requested in writing information through the Mississippi Public Records Act.

Meantime, the industry has spawned other interest and investment.

Delta Fisheries and Organics, located at Moon Lake, is in the fishing business for now, plying the waters of the oxbow lake and others, and rivers such as the Coldwater and Tallahatchie, according to owner Russell Clark.

For now he's supplying carp to Protein Products in Sunflower, but has plans to expand into processing the fish for use in fertilizer and, possibly, bait.

Clark, a veteran of salmon fishing in Alaska, said the carp are a “good eating fish.”

He characterized the Mississippi industry as “in its infancy.”

Elsewhere, the industry is faring much better.

Two Rivers Fisheries in Wickliffe, Ky., has had success taking the carp from the Mississippi and Ohio rivers as well as Kentucky Lake and Lake Barkley on the Kentucky-Tennessee border.

Production fell to 5 million in 2020, the year that the coronavirus pandemic struck the nation, she said.

Two Rivers plans to open the International Fisheries Park in Ballard County, about a mile from the confluence of the Mississippi and Ohio.

Yu said most of the fish come from Kentucky Lake and Lake Barkley, major tourism sites.

Carp, which Yu concedes are very bony, are nevertheless high-protein. She said that native eaters can work their way around the bones, and use fish heads in soup but that Two Rivers also produces deboned products: meatballs, sausage and fish cakes.

The company exports to 11 countries, including Kenya, in Africa.

With a smile, Yu can put a spin on carp.

Like pulling it up to the ranks to of the catfish.

While the catfish – one of the leading fish consumed in America and a staple in the Mississippi economy – is a bottom feeder, the carp is a top feeder.