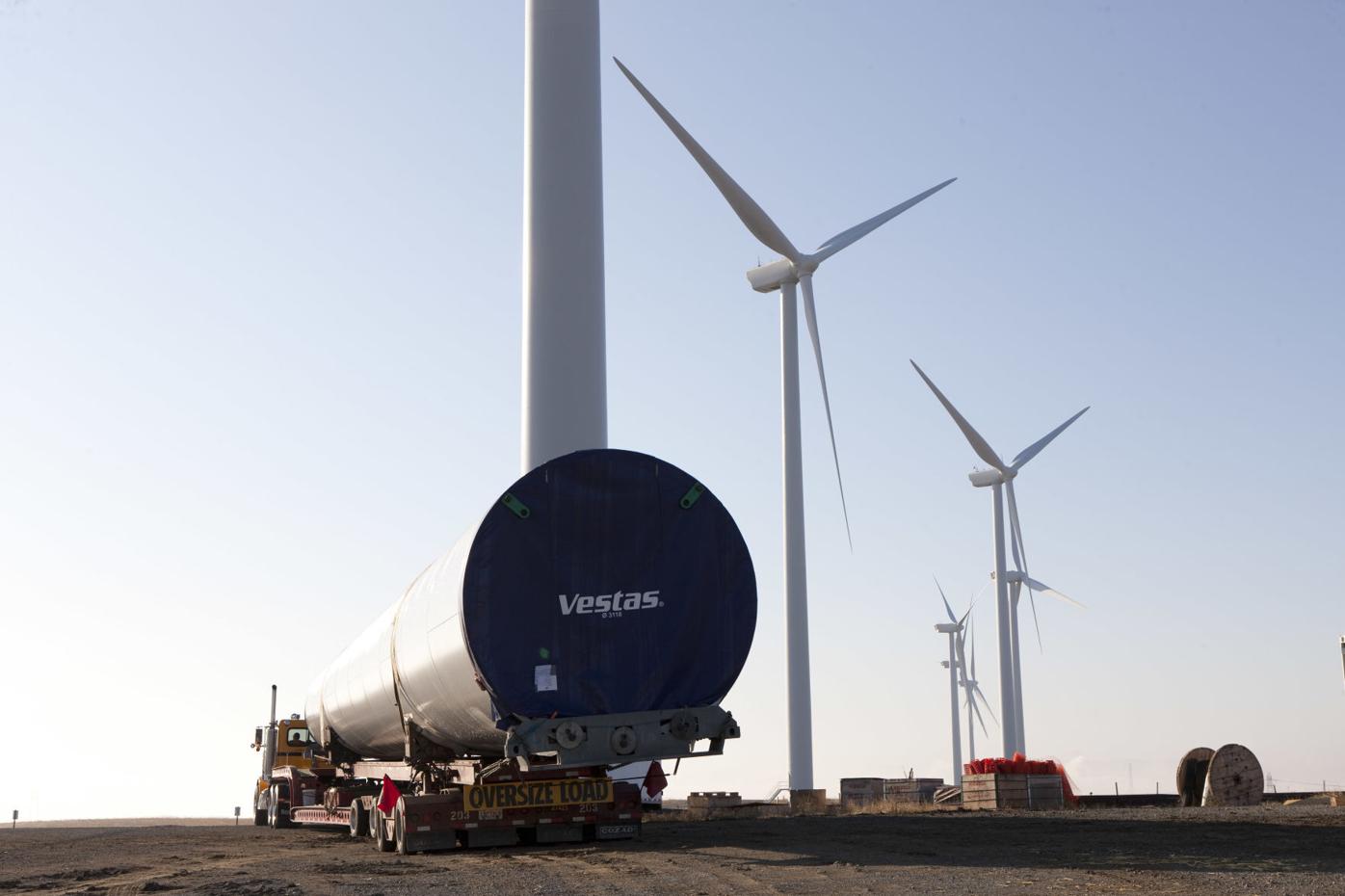 In this file photo provided by Vestas, a tower section is delivered to a project under construction. The company plans to build Mississippi’s first wind farm in Tunica County. 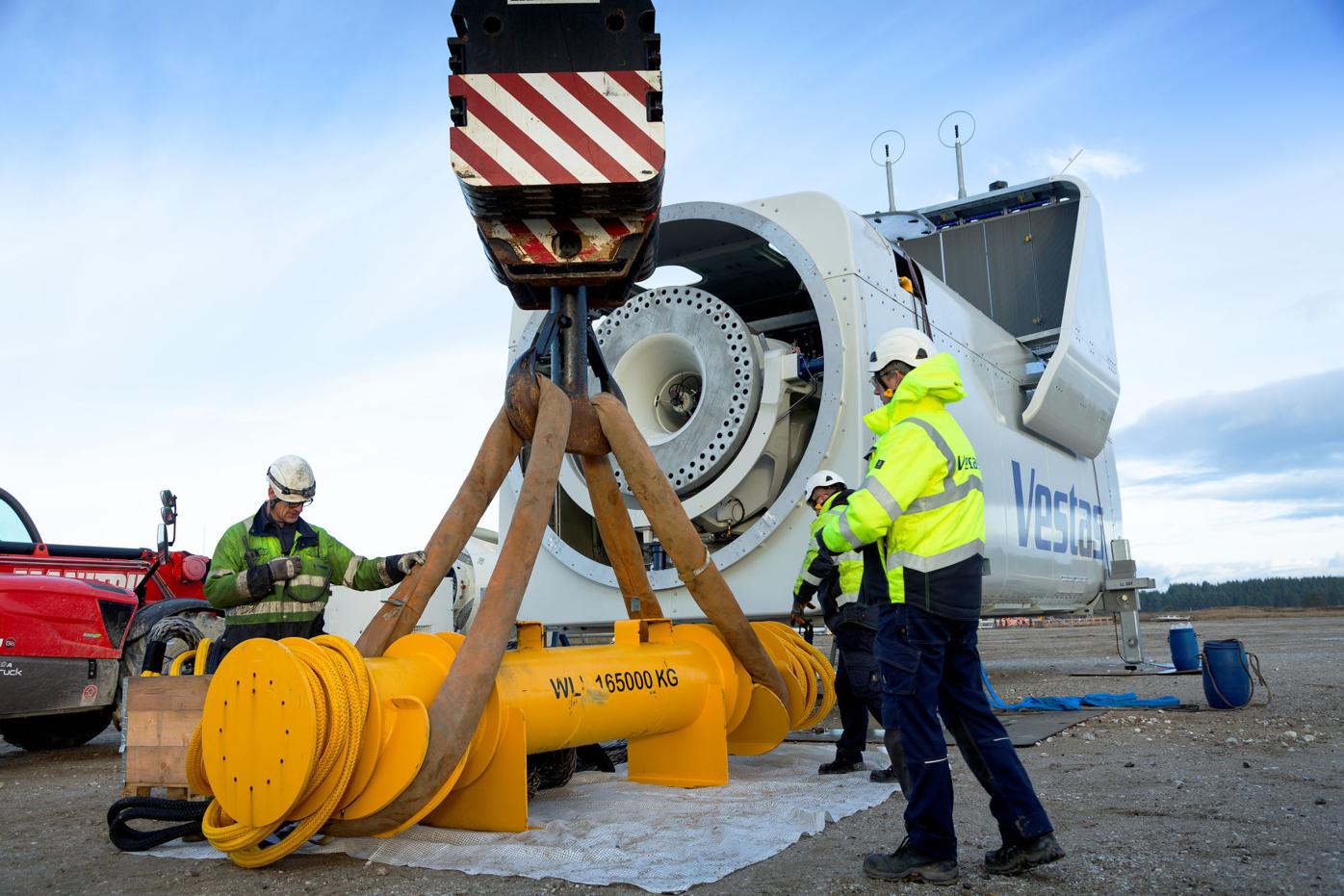 Construction workers are shown  at a Vestas project under construction. Vestas plans to build the first wind farm in Mississippi on approximately 13,000 leased acres in Tunica County. 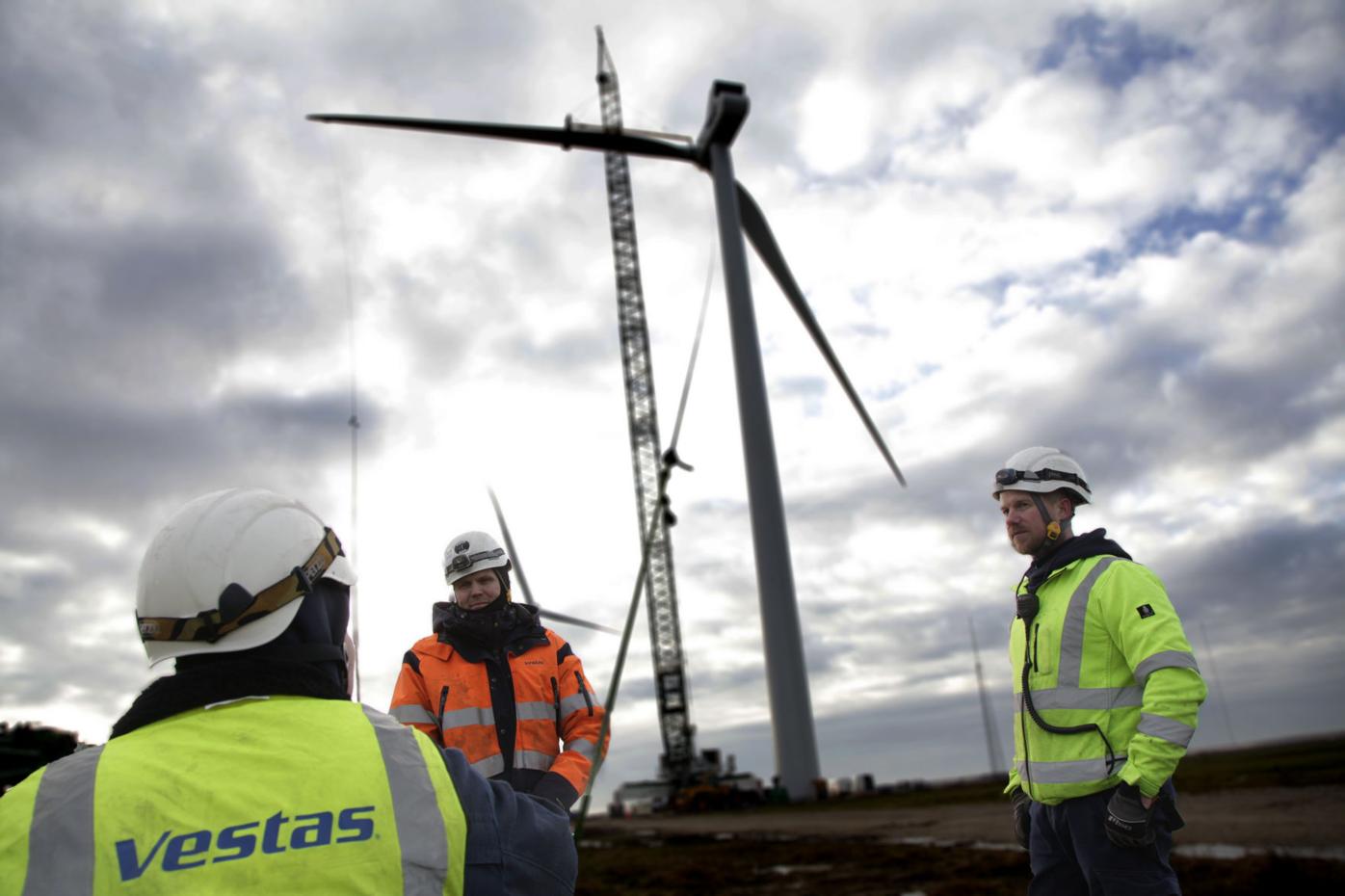 Construction workers prepare a nacelle component for installation in this file photo provided by Vestas. The company is investing $250 million in a wind farm project in Tunica County that will have between 60 and 90 massive wind turbines installed over approximately 13,000 acres.

The state’s first wind farm has been four years in the making and is expected to be online in 2022, generating power using winds high above rice fields in the Mississippi Delta. Between 60 and 90 massive wind turbines will be installed over approximately 13,000 acres of  leased farm land after final permits are issued by Tunica County to Vestas, a Danish-based wind turbine company, with North American headquarters in Portland, OR, that’s investing $250 million into the project.

When it’s operational, the Delta wind farm will tap into an existing transmission line that runs through the area. “Power from the wind farm will instantly be integrated into the electrical grid and add the resiliency of the whole energy system.”said Elon Hasson, project manager for Vestas.

He said the company typically studies wind in an area for at least two years to determine how fast and when wind blows, day and night, year after year. The wind above the Tunica soybean and rice farmland turned out to be stronger at 125 meters and heavy enough to turn the large turbine blades.

Once all the permits are secured, construction will begin and take nine months or more to complete, depending on the Delta’s rainy season. The project is expected to create more between 150 and 250 jobs during the construction period, and more jobs will be impacted in the supply chain around the state. Work will include improving roads that farmers are already using on their land. The turbines and necessary infrastructure to access them, such as roads, will take up 1 to 3 percent of the leased area.

Hasson said wind farms like the one in Tunica County bring money into communities and don’t require the expense of such services as new schools or other government services. “We get to inject dollars into rural counties without taking any resources,” Hasson said. “From the farmers’ perspective this is a different stream of income that offers a lot more security.” The leases are for 25 years and can be extended.

Hasson said the Tunica project has room to expand and will serve as a model for more wind farms. “The goal is to figure out ways to capture wind energy in the Southeast and we hope this model can be replicated across the state,” he said.

Northern District Public Service Commissioner Brandon Presley said May 20 he expected permit approval for the Delta project in the next 30 days. The PSC is required to issue a permit to the wind farm even though it is a private enterprise and not a public utility.

Presley said the project could lead to more investments in wind farms for the state. “No one was thinking about Mississippi having any potential for generating electricity based on wind,” he said. “But according to their research, that potential does exist. The decision by a private enterprise shows where the potential is.”