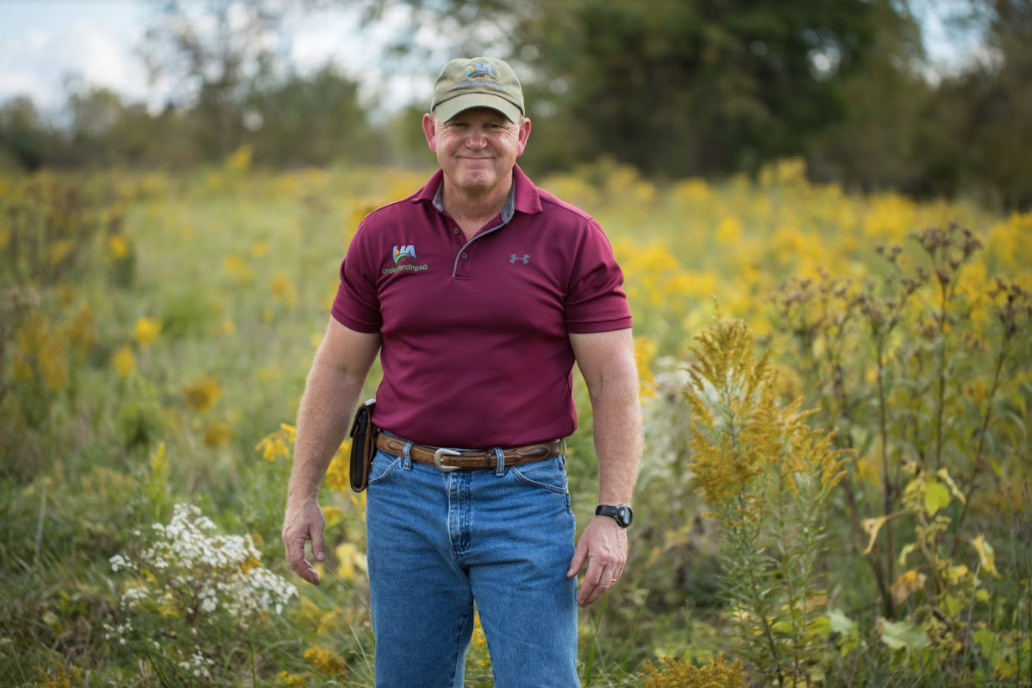 Dr. Allen Williams is a founding partner of Understand Ag. 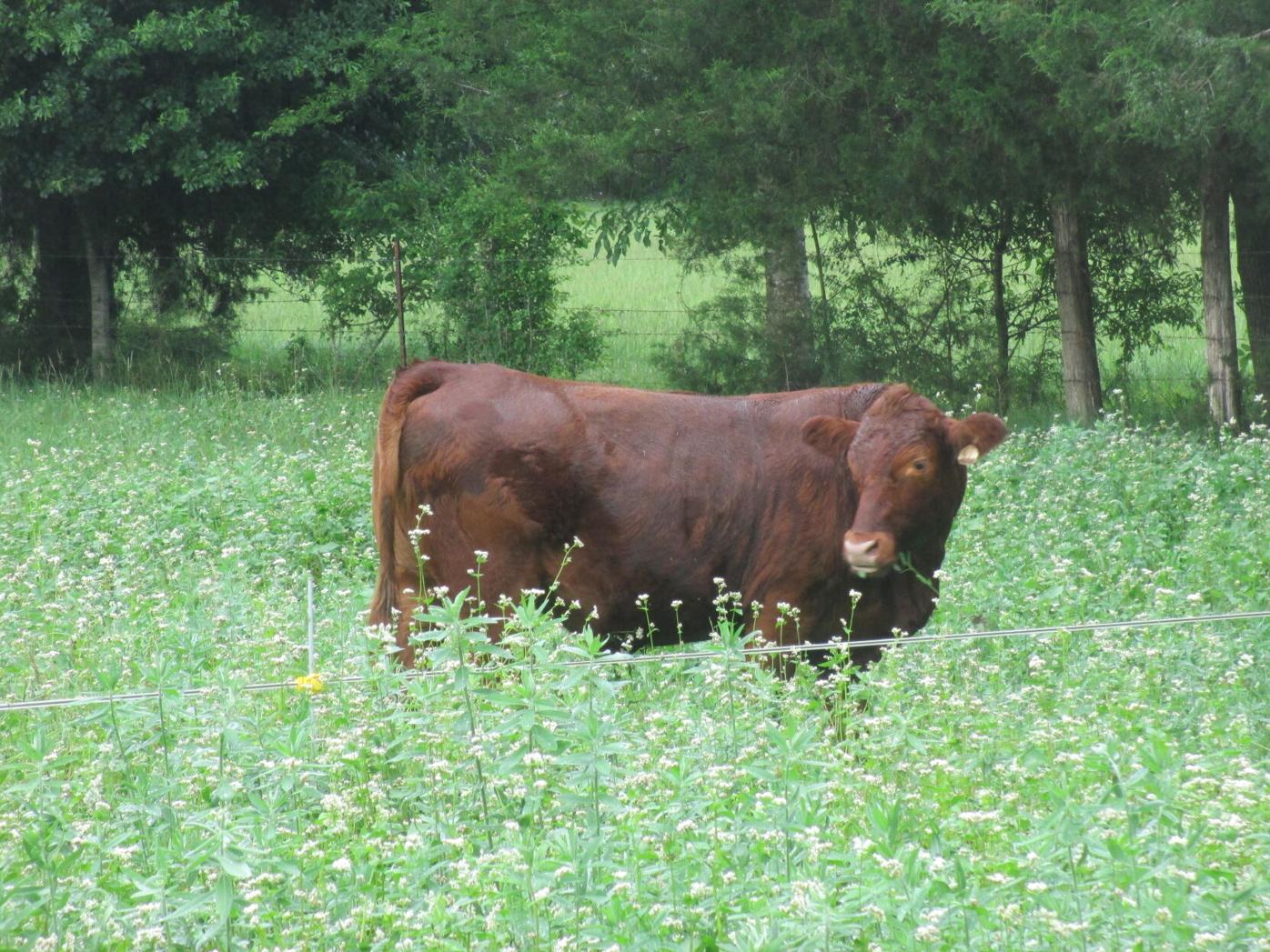 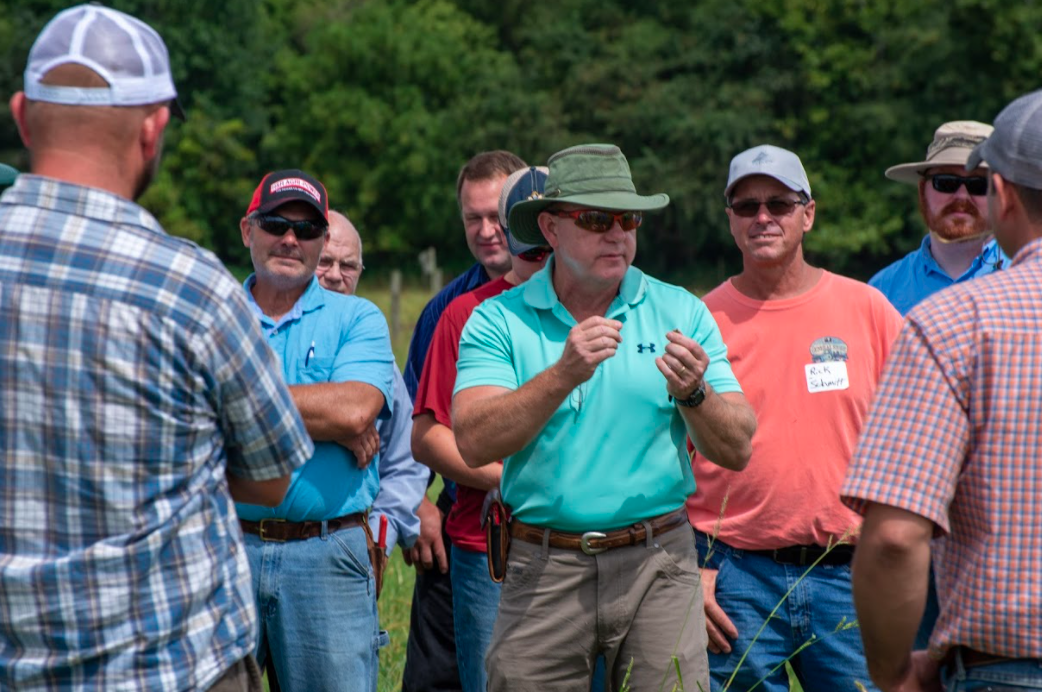 Dr. Allen Williams talking to a group of farmers

Production of beef and other animals on pastures instead of in feedlots or confined animal feeding operations is gaining steam due to concerns about animal welfare, the quality of the food, and the impact on the environment. Mississippi has been ground central for education about grass-fed protein production for decades because the country’s foremost publisher on the topic, Stockman Grass Farmer, is located in Ridgeland. In addition to a monthly magazine, SGF publishes more than 30 books on the topic and puts on workshops across the country.

But Dr. Allen Williams, a founding partner of Understanding Ag LLC and the Soil Health Academy who works with grass-fed producers across the world, says Mississippi has been slower to adopt this method of production than other states. As a result, Mississippi is not able to take full advantage of the surge in demand for grass-fed protein being fueled by recent popular documentaries such as “Kiss the Ground” and “Sacred Cow” that contend grass-fed animal production could help heal the environment and combat climate change. Williams said those documentaries combined with concern about COVID-19 in meatpacking facilities and meat shortages in stores are definitely creating a bigger market for grass-fed products.

“In Mississippi, there absolutely could be a billion plus a year generated from grass-fed protein production,” said Williams, who is also a producer with pastured-based production near West Point and in Alabama. “There is no doubt about it. It could be a very nice business boom for the state and significantly improve the revenue generation for a number of farmers and ranchers in Mississippi.”

There is far more grass-fed beef production in the Midwest than in Mississippi despite there being more favorable climate conditions here.

“Down here we can be actively grazing the majority of the year if we manage appropriately and particularly if we combine annuals and perennials into our grazing strategy,” Williams said. “We can easily have ten months of grazing, meaning we easily and effectively do grass-finished protein production year around. We have the moisture, so we don’t have to rely on irrigation like in the western regions of the U.S.”

Some producers saw sales increases between 200 to 2000 percent in the past year. Many of them sold their entire year’s supply in three months. Understanding Ag surveyed consultants, producers and consumers, and found that based on pre-COVID trend lines for growth in the pastured protein sector, the pandemic advanced growth not just for a few months, but by a full ten years.

Williams’ consulting group has done work with the Duke University School of Medicine with peer-reviewed articles expected to be published soon on the nutritional analysis of grass-fed beef compared to plant-based protein. They have been looking at more than 2,000 different nutritional components of food.

“It goes far, far deeper than the typical nutritional panel on the back of a food product that really just gives us calories, fat, protein and carbs,” he said. “That is poor in terms of telling consumers the true nutritional value of food. It is almost meaningless. We compared grass-fed ground beef to a couple of the most well-known fake meats. We compared the nutrient density between the two. There are issues with fake meats, which are highly-processed food. They are not just a little unhealthy for you, but grossly unhealthy. The ingredient list reads like chemistry set. The number one ingredient is water, so you are paying more for water than anything else. These products contain a lot of anti-nutrients--compounds in food that will tie up and bind other nutrients so they aren’t available.”

Most consumers don’t realize that many plant-based proteins are made from genetically-modified soy and peas that are grown in the U.S., shipped to China, manufactured, and then shipped back to the U.S.

“I thought plant-based proteins were supposed to reduce the carbon footprint, but all the shipping increases carbon footprint,” Williams said. “Many fake meats are loaded with genetically modified products and glyphosate residue. They have high levels of Omega 6 fatty acids compared to Omega 3. We already get too many Omega 6s in our diet. If you want to eat vegan, that is a personal choice, but eat whole, healthy foods. Eat whole beans and whole peas instead of a highly-processed manufactured food that is not good for you.”

He has also done a price analysis and found you can buy grass-fed beef cheaper on a per pound basis than any of the fake meat products. You are paying more for less nutrition and your purchasing dollars don’t support local farmers.

Williams is a critic of research used by the UN that pins major blame for climate change on cows. He said every bit of the research was based on theoretical models that made the wrong assumptions.

“It you have the wrong data going in, you are going to be making erroneous assumptions from erroneous data,” Williams said. “We have had hundreds of millions of wild ruminants roaming the face of Earth for millennia. Every ruminant, domestic or wild, processes vegetation the same way, by burping methane. We had more ruminants in the past on Earth than we have now. If ruminants eating plants and methane produced from them destroyed the planet, we started that process eons ago. That makes no sense. The same people who want to get rid of cows would recoil in horror if we said we need to go slaughter all the wild ruminants like buffalo, giraffes, camels and deer in the world to solve this problem. Why do that?”

He contends animal grazing done properly is the solution, not the problem.

“We need to do regenerative farming or grazing because the proof is very strong that this is completely rebuilding broken ecosystems,” Williams said. “Many species out there can’t exist in the absence of grazing animals. Get rid of those, and you harm numerous other species including many migratory and ground nesting bird species. Get rid of grazing animals, and plant diversity declines. Grazing fosters greater plant species diversity and we need that related to soil health, ecosystem health and bird population health.”

What are the barriers to greater success for grass-fed beef producers in Mississippi? Lack of knowledge is foremost.

“Education is vital,” Williams said. “But that education really needs to come from people who have actually done it and know the ins and outs of the business. There are a number of intricacies that must be addressed such as soil health, grazing systems, forage species diversity, cattle genetics, phenotype, the desired degree of finish, marketing options, processing, etc.  All these need to be addressed by people in the business with deep experience.”

Second, peer pressure plays a large role. If a producer's neighbors, family members and others tell him he should not be producing grass-fed beef, that is a huge influencer.

The third barrier is the perceived profit potential. Many who have not done this before are leery of doing something that may harm their current profit margins.

A fourth problem is the lack of lack of adequate USDA processing capacity.

“This is a serious problem and has only been exacerbated by COVID,” Williams said. “We need more processing that fits what I term ‘processing of the middle’. We need affordable processing, the ability to aggregate and market all parts of the animal, and better packaging capability.”