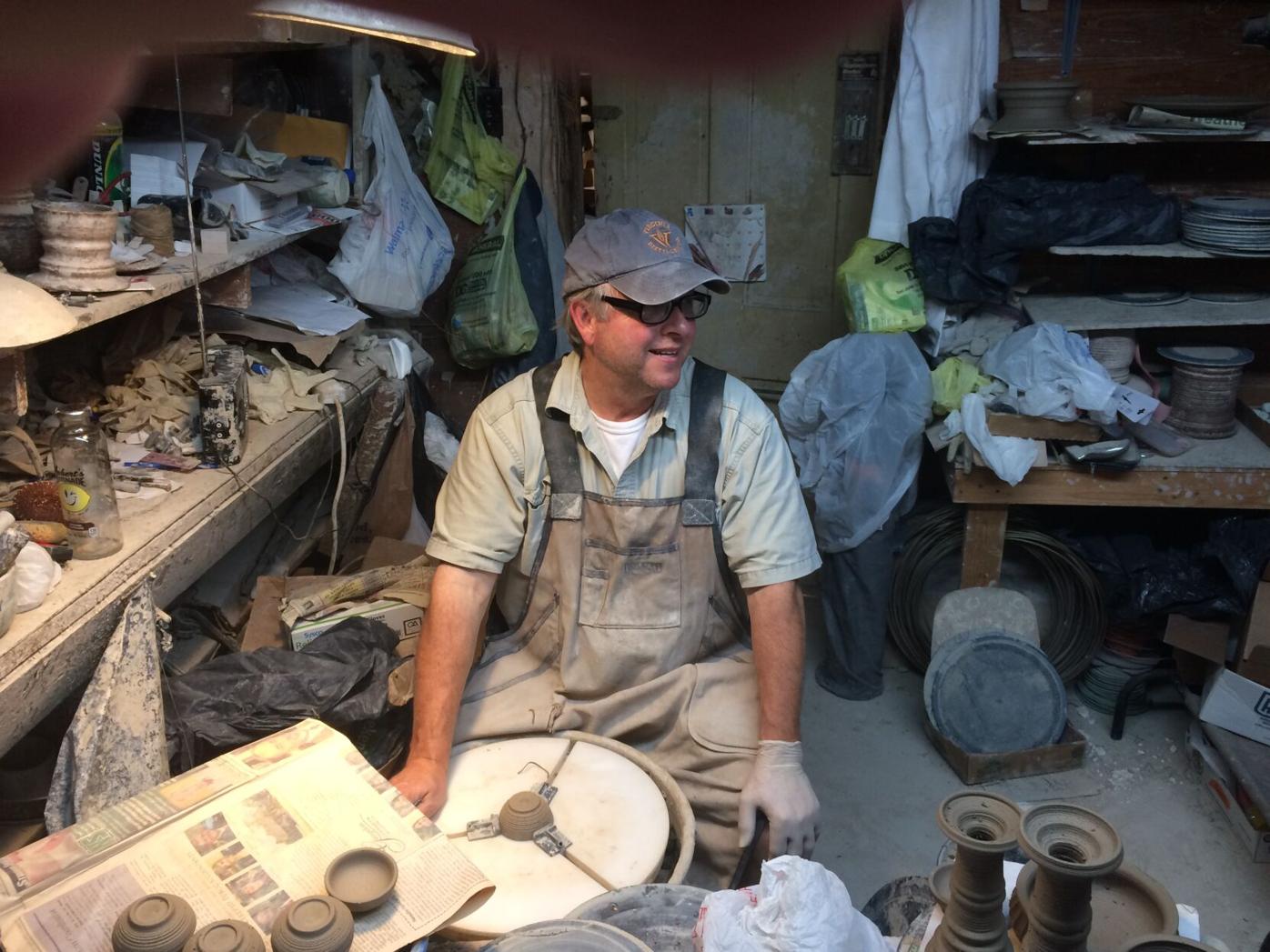 Jamie Smith takes a break from working at the wheel. 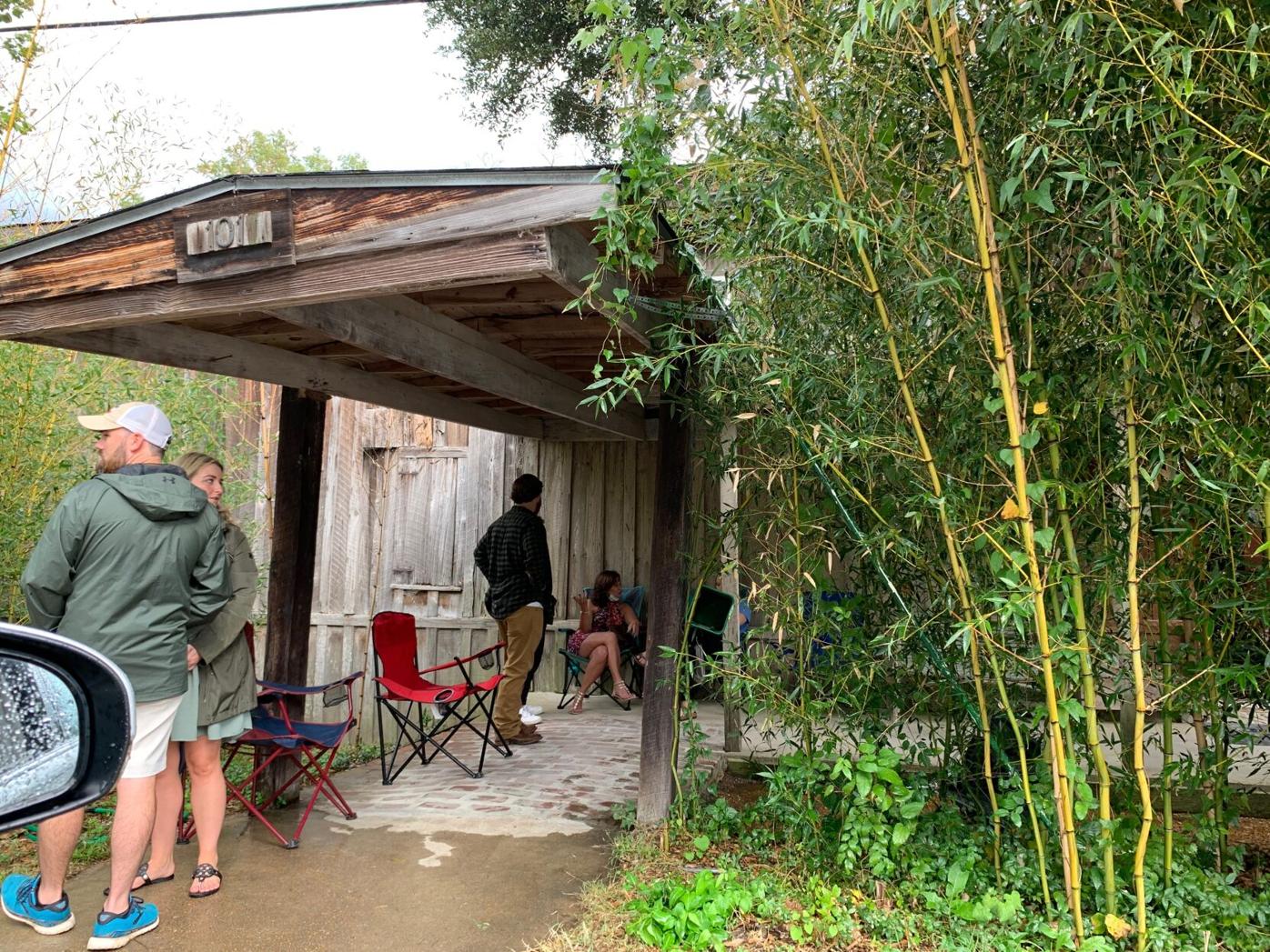 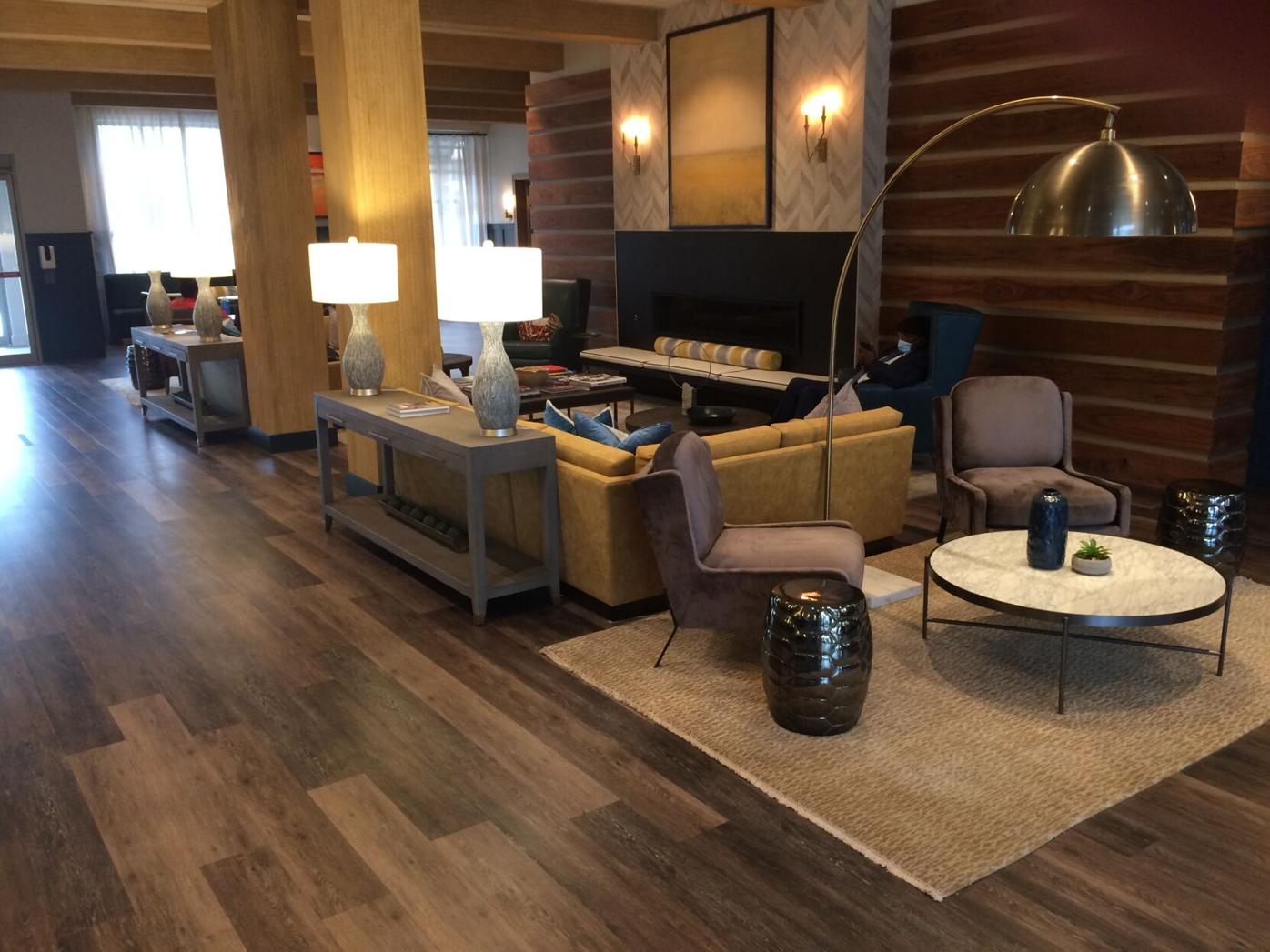 The lobby of the Cotton House hotel in Cleveland.

MERIGOLD — Two and one-half hours from Jackson across the Delta, we arrive in this hamlet tucked into the shade of large trees spared in the clearing of the vast farming land.

We have come to visit McCarty's Pottery, located on one of the lanes of this town with its turns and cozied behind 15-foot-tall, board-and-batten cypress fences and even taller bamboo.

“We don't believe in signs in Merigold,” says Stephen Smith, a member of the McCarty family who refers to the founders as “Uncle Lee and Aunt Pup.”

The pottery and retail shop are a converted mule barn in this town, population 572.

Great things were destined to come from the commonplace.

The first clay that the McCartys used came from a ravine behind the barn at William Faulkner's mansion Rowan Oak.

“You can have it,” the legendary writer told the two aspiring potters who were taking a course at Ole Miss.

The soil is the essence of the magic of their timeless thrown pottery and sculpted pieces, which has found its way into famous museums and personal collections.

Lee and Pup McCarty set up the pottery in 1954 when a family member said of the mule shed, “You can have it.”

The couple established the line with what evolved as an earthy glaze and, on the edge of the utilitarian pieces, a small black squiggle, representing Mississippi the River.

Pup died in 2009 and Lee carried on till 2015, when he passed away. Godson Jamie Smith, who runs the shop along with brother Stephen, the business manager, is carrying on the tradition, working long days on the wheel, throwing and shaping his creations.

Time does seem to slow down in Mississippi, and even the government has unwittingly assisted in that with its mandates during the plague that the state has struggled with since March.

We arrive at the entrance of the shop (101 St. Marys Street, to be formal) and people are standing and sitting.

No surprise, we suppose. This is, after all, McCarty's.

Then a lady in waiting tells us we need to take a number, that she has been there an hour and a half.

Seems that the shop has restricted the number of customers to five at a time.

Which gives Mississippians time to do what they like to do. Talk.

(Including with a Californian, who said more than once she was there to get something special for a “Delta wedding.”

That aside, our three-hour wait gave us ample time to enjoy the tasty and generous portions in the McCarty tearoom, The Gallery, which we found thanks to personal directions from the only person on the downtown streets at midday, a young man whom we hailed. Just around the corner from city hall and behind the tall fence and bamboo, he said.

After our number came up, we got in and Jill bought a platter to match a McCarty bowl we have.

The purpose of talk, maybe especially so for Southerners, is to connect. The famous pre-social media's six degrees of separation shrinks to three degrees in these parts.

Like the two couples we met on the rooftop Bar Fontaine at the Cotton House Hotel in nearby Cleveland that night.

First the connection was the word “Memphis,” which always catches our ears because it's the hometown for my wife and me.

Then filler talk, however interesting, led to an important connection, for me.

One of the ladies grew up in Blytheville, Arkansas, and, get this, knew quite well the publisher and editor of the local paper, The Courier News.

Hank Haines was my first newspaper boss and dear lifelong friend who passed away a few years ago.

The 95-guestroom Marriott Tribute hotel opened on the last weekend of July of 2019.

It is the first luxury hotel in the town, home to Delta State University.

Midway in its first 15 months, it was struck, along with everybody else, by the pandemic.

Which explains the oddity of offering no breakfast. (Though you might be able to sweet talk the kitchen in the Meat Market restaurant into whipping up some scrambled eggs and bacon.)

The virus does nothing to diminish the exquisite décor and furnishings of the hotel – tiles, wood-style laminate flooring and curated local artwork.

Like the signed and numbered photo prints in our room – with its plush queen beds and a stylish, well-designed bathroom -- of Robert Cray, Eric Clapton and B.B. King jammin' and Howlin' Wolf smoking a cigarette

All of it – the land, the art and the people – works together to make connections for us.

» JACK WEATHERLY is the senior reporter for the Mississippi Business Journal. He can be reached at jack.weatherly@msbusiness.com.