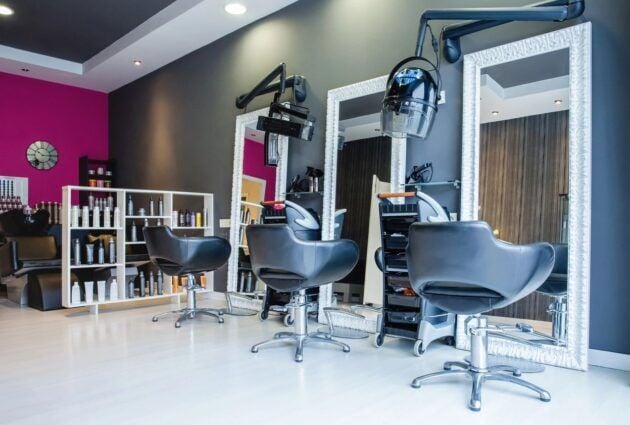 Lawyers who work liability lawsuits took notice when Gov. Tate Reeves emphasized the risks for Mississippians flocking back to salons, shops, restaurants, gyms and other businesses allowed to reopen amid the coronavirus pandemic.

Reeves said the reopening has a tradeoff of potentially bad health consequences for economic survival.

“There will be risk should you choose to go to any of these businesses that will be reopened,” he said in his announcement.

Look for defense lawyers to cite those same risks in arguing against cvoid-19 liability claims in the months and years ahead, said Sterling Kidd, an attorney in the Jackson office of Baker Donelson whose practice includes premise liability.

Kidd does not expect plaintiff lawyers to lurk on the sidewalks outside reopened businesses. But nor does he expect them to stay idle. “Creative lawyers can come up with a number of novel legal theories,” Kidd noted.

But whatever strategy the liability lawyers seek, they’ll find it tough to argue the risks were unknown, he said. The key, according to Kidd, is for the business to show it did not add to the risks by failing to take due care, especially in applying the latest laws, regulations and guidelines from the Centers for Disease Control and state and local health departments.

» READ MORE: Bringing back your workers? Prepare for gumbo of rules and regs

“If you’re complying with the guidelines set forth by the local authorities and the CDC, you can feel like you have a very good defense,” he said.

But not airtight. With cvoid-19 liability, failure to comply with certain laws makes a business negligent, he said, but emphasized no corresponding law lets non-negligent businesses off the hook.

A key thing to remember, Kidd said, is that the customer adopts risks by frequenting a business. “The governor’s comments were reflective of how this likely will play out in the courts,” at least from the defense counsel’s side, he added.

Steps intended to ease the risks, even steps not mandated, can give the business an entry on the plus-side of the ledger. Today, a lot of retail outlets and restaurants are screening at the door for protective face coverings as well as high body temperatures that could indicate a coronavirus infection.

It’s best dealt with through a combination of empathy and directness, Kidd said. At a restaurant, for instance, the health-safety precautions “may make the person mad,” Kidd said. He suggested letting the customer know the establishment is happy to provide a to-go order or delivery.

And businesses should not rule out having customers sign liability waivers before coming inside, Kidd advised.

Juries will hear “you can’t go through life without risks,” he said, and added: “Juries will consider risks that the customer decided to take.”

Getting a customer to acknowledge risks is not a liability shield. “But if you find yourself in front of a jury, it would be helpful to have that,” said Tim Threadgill, a 30-year commercial law attorney in the Ridgeland office of Butler Snow.

Kidd said he expects the difficulty of showing a specific business caused an infection that takes14 days to incubate could limit cases reaching a jury.

“To prove negligence you must prove causation,” he said.

The bar is high, but President Trump, Senate Majority Leader Mitch McConnell and the U.S. Chamber of Commerce want it raised to further shield businesses from liability. The U.S. Chamber, in fact, has asked for legislation to bar state court lawsuits that claim a business was negligent in taking coronavirus precautions.

The Constitution gives Congress the right to regulate interstate commerce, and restarting a national economy wrecked by a national pandemic would probably qualify, Goldberg said.

In the meantime, don’t expect a tidal wave of cvoid-19 liability suits, he said in the Times’ interview. “Under current law plaintiffs have to prove the target was negligent,” and proof of causation “is going to be daunting if not impossible,” he said.

Or a certain loser, defense lawyers say. The two-week incubation period for the virus greatly lengthens the odds against a suit prevailing, they say.

“That is going to be hard to prove,” said Butler Snow’s Threadgill.

Hard to prove but not impossible, Threadgill said. Say a pizza restaurant sent a virus-infected delivery person into a home and residents become infected. “That is a claim you could meet the burden of proof on,” he said.

A similar instance would be a business such as a salon with an infected worker who infects several customers, Threadgill said.

Another likely exception to the difficulty of showing causation: A “one-night” outbreak at a restaurant or other public venue, said Baker Donelson’s Kidd.

But as a business deemed essential, the restaurant gets a measure of protection not awarded leisure businesses and other non-essential enterprises, according to Kidd.

Leisure activities such as music concerts and theaters bring people into close proximity. “These guys have a higher standard” to meet in protecting themselves, he said.

“A restaurant is different. You’ve got to eat.”