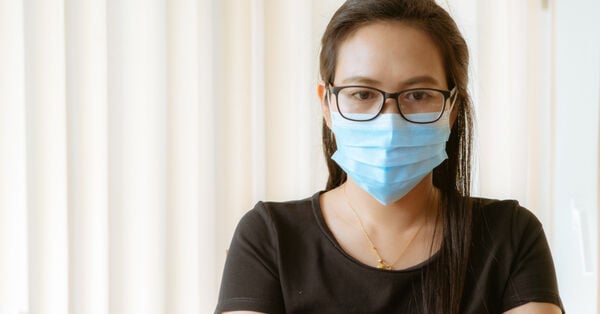 A Mississippi business owner who brings back or hires new workers amid the coronavirus pandemic must sort through a mish-mash of federal, state and local laws, regulations and guidelines.

But the strictures can be a business owner’s life preserver both commercially and legally. Or they can be the very thing that sinks the enterprise, say lawyers who specialize in employment law and business liability litigation.

Atop their advice lists: Know and apply the ground rules and keep up with changes officials make to them.

Your head need not be on a swivel, but it would help, lawyers say.

Likewise, “plan as much as you can,” offers Nakimuli O. Davis-Primer, who practices labor, employment and commercial law at the Jackson office of Baker Donelson.

“It is a moving target,” she said.

Pay special attention, Davis-Primer said, to guidance and edicts coming from the Centers for Disease Control and Prevention and the Occupational Safety and Health Administration, or OSHA.

“Even the EEOC has weighed in,” Davis-Primer said of the Equal Employment Opportunity Commission. “They are regularly updating their website,” she added.

Most recently the CDC updated the list of symptoms for covid, something frequently done as it adds and deletes symptoms, according to Davis-Primer.

Alas, the penalty for the unaware could be a negligence claim, Threadgill said.

An up-to-date protocol faithfully followed may come as close to a safe harbor as a business can get, Threadgill said.

“An employer must maintain records for four years,” he said. “That shows the Department of Labor is planning a slew of litigation over this law.”

The Family & Medical Leave Act Congress passed in March came in response to the spread of coronavirus across the nation and its effects on the workplace.  It expires on Dec. 31.

The Act covers private employers with fewer than 500 workers and certain public employers. Small employers with fewer than 50 employees may qualify for an exemption from the requirement to provide paid leave due to school, place of care, or child care provider closings or unavailability, if the leave payments would jeopardize the viability of their business as a going concern, the Federal Registry states.

Eligible workers can get up to two weeks of paid sick leave at full pay, up to a specified cap. The temporary measure mandates employers grant the paid leave to employees subject to a federal, state, or local quarantine or isolation order related to covid-19. The measure also applies to workers advised by a health care provider to self-quarantine as well as to workers with coronavirus symptoms and seeking a medical diagnosis, the Registry says.

The Leave Act, Cupp said, also specifies up to 10 weeks of paid leave for child-care reasons.

Getting employees back to work – at least deciding which ones to bring back – has legal considerations, Cupp noted.

The gist: “An underlying condition should not be used as a basis for determining who can come back to work,” Cupp said.

Do that, and you will violate the Americans with Disabilities Act, he warned.

“The employer needs to engage in a process to determine if a reasonable accommodation can be made,” Cupp said, adding the accommodations could include allowing the worker to have personal protection equipment.

Be careful of age considerations as well, he advised. Excluding workers over 60 could earn a business an age-discrimination suit, he added. “An employer must think through these things.”

Cupp recently worked with a restaurant group in developing standards for selecting employees to staff scaled-back operations that would have only about 65 percent of the pre-pandemic workforce. They limited days and hours, he said.

Cupp said an objective analysis focused first on bringing back the strongest performers and second on rehiring workers who consistently show up for work. “We went through the process to make sure their selection process was above board,” he said.

New guidelines set by the Centers for Disease Control and Prevention include guidance the Equal Employment Opportunity Commission gave, especially to ensure the CDC guidelines conform with the Americans with Disabilities Act.

That is important because the pandemic has forced businesses to rely on the CDC guidelines as a “bible” of sorts, said Butler Snow’s Threadgill.

Those guidelines carry instructions for businesses to alert employees if a co-worker tests positive for coronavirus. “I think the guidelines say 10 minutes or more” of working in proximity to an infected co-worker,” he said of notification, but cautioned, “Nothing is black and white.”

Threadgill would keep the worker’s identity confidential. “The employer has an obligation to let the employees know without telling you who” was infected, he explained.

Also, watch for the CDC subsets of guidelines that are “very industry specific,” said Michael Cory, who practices commercial litigation at the Jackson firm of Danks, Cory & Miller.

Workers Compensation Insurance is the go-to place for worker infection claims, according to Cory, Davis-Primer, Cupp and Threadgill.

“I don’t think an employee is going to be able to get around” going through Workers Compensation “absent some willful misconduct from an employer,” Threadgill said.

On the plus side for workers, said Cory, “Worker’s Comp is very liberal on causation.”

It’s a good idea to warn employees and contractors that coming back to work carries risks, Cory said.

Meanwhile, the federal Occupational Safety and Health Administration, or OSHA, has not issued enforceable guidelines to protect employees from the coronavirus, as it did during the H1N1 outbreak in 2009, the Washington Post reported on May 25.

What if a worker is too worried about covid to return to work? Or the furloughed employee simply wants to continue getting the additional $600 a week in federal unemployment insurance compensation?

Some states – but not Mississippi – have adopted rules that deem refusals to return to work in some circumstances justified. These rules generally protect unemployment benefits for “high risk” or “vulnerable” employees, such as workers 65 or over with underlying conditions, the Fisher Phillips law firm said in an advisory.

But the Labor Department has emphasized that an “unreasonable” fear over the risk of contracting the virus in the workplace does not constitute good cause, the advisory said.

With that in mind, Fisher Phillips’ Cupp stressed it is to the employee’s benefit to be upfront with the employer about health issues. “Sometimes you have to disclose to them things you didn’t want them to know,” he said.

Davis-Primer of Baker Donelson said a furloughed worker’s adamant refusal to return to work would force the company “to make the employment decision they have to make.”

It’s a case-by-case situation, she said. “If someone is requesting a disability, the employer should discuss accommodations” that include using vacation time and sick leave during the pandemic period.