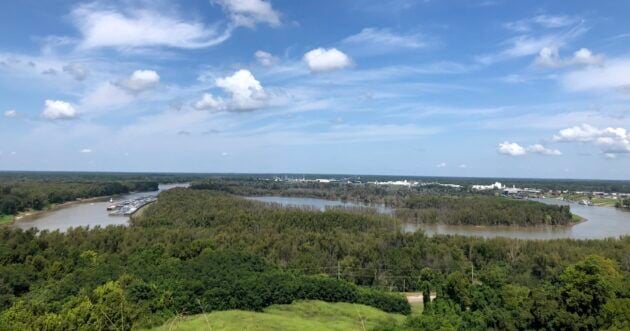 This year marks the 50th anniversary of the Environmental Protection Agency, whose mission is to protect human health and the environment. This particular presidential election will have a significant impact on the EPA’s domain and the regulations and rules we use to govern business and citizen behavior.

President Donald Trump has been known for the general rollback of the environmental regulatory state. Data produced by the EPA shows significant reductions in inspections, evaluations, and penalties over his tenure. It likewise shows consistent reductions in spending and staff size.

Administration officials point to evidence of doing more with less, and argue the EPA has done more for protecting the environment by finding ways to entice businesses to cooperate as opposed to putting primacy on always policing and penalizing first (similar to a honey versus vinegar approach debate). Along this line of thought, in a September 3, 2020 address at the Nixon Presidential Library celebrating the EPA’s 50th anniversary, EPA Administrator Andrew Wheeler argued the EPA has achieved better results than any recent administration. As evidence, he cited reducing air pollution by 7%; delisting 27 Superfund sites, which is the most delisted in a single year since 2001 (meaning 27 sites previously categorized as hazardous no longer pose human or ecological health risks); and more than $40 billion dollars in contributions towards clean water infrastructure development.

The Joe Biden team is putting this record on trial, and we are witnessing the two camps framing-up vastly different approaches.

Biden’s recent, updated, plan calls for $2 trillion in spending over four years to combat climate change and environmental impacts on minority communities, often termed environmental justice. This is a shift in total dollars and timetable from his initial proposal during the primary, which called for $1.7 trillion in spending over ten years. His updated climate plan also calls for a carbon-free power sector by 2035; providing zero-emissions public transportation, such as light rail, to cities with 100,000 or more residents; creating 1 million jobs in the U.S. auto industry; upgrading 4 million buildings and weathering 2 million homes over four years for energy efficiency; and pledging that 40% of spending on clean energy and energy efficiency will go towards disadvantaged communities.

For those curious about the plan-shift from a more restrained approach in the primary to a more aggressive approach in the general – the opposite of what normally occurs with the moderation of policy when exiting a primary – the reason is because the more progressive wing of the Democratic Party was dissatisfied with the original approach. Since the primary, Biden appointed Representative Alexandria Ocasio-Cortez, proponent of the Green New Deal, as co-chair of his climate task force. This move and others resulted in Biden adopting elements of Bernie Sanders’ environmental platform and creating a plan that is closer to the Green New Deal, and it appears to be achieving the desired result in wooing at least significant portions of the more progressive wing. Gov. Jay Inslee (D) of Washington, who ran a climate-centered campaign, said “this is not a status quo plan,” “it is comprehensive,” and termed it “visionary.”

None of this is, of course, free. Biden plans to pay for these measures through increasing the corporate income tax rate, increasing taxes on the wealthy, and stimulus money (which has to be repaid by someone at some point).

As comparison, Wheeler, in his same September 3 address referenced above, articulated the Trump Administration’s environmental agenda for the next four years. He dedicated a significant portion of his comments towards the notion of environmental justice, and argued that the Administration has identified five pillars and five priorities that will do more than Biden’s proposals to address environmental concerns in minority communities, as well as do more to improve environmental outcomes generally.

The five pillars are directed towards government transparency and increasing the efficiency of operations. They include creating cost-benefit rules for every statute that governs EPA; creating science transparency rules in order to put sunlight on scientific justifications underlying regulatory decisions; publishing guidance documents on regulations, which the Administration has already done for the first time in history; reorganizing regional offices to mirror the structure of headquarters with an air, water, land, and chemicals division; and implementing a lean management system to improve operations.

The five priorities include creating a community-driven environmentalism; meeting twenty-first century demands for water; reimagining Superfund as a results-oriented program; reforming the permitting process to empower states; and creating a holistic pesticide program for the future. Particularly relevant to the idea of community-driven environmentalism, a priority that is perhaps a nod to the social justice language of the day, Wheeler noted that EPA, states, and local communities have approached environmental issues in a siloed manner by looking at air, water, and land separately and each wing not communicating or working with the other. He argues this needs to change in order to achieve comprehensive solutions.

November approaches quickly. Although environmental concerns are only one of many issues competing for our attention, this election is important because it will likely significantly impact how we protect the environment, regulate businesses, and the cost of doing so for everyone.

» MATT ALLEN is an environmental lawyer at the Brunini Law Firm. He can be reached at mwallen@brunini.com.