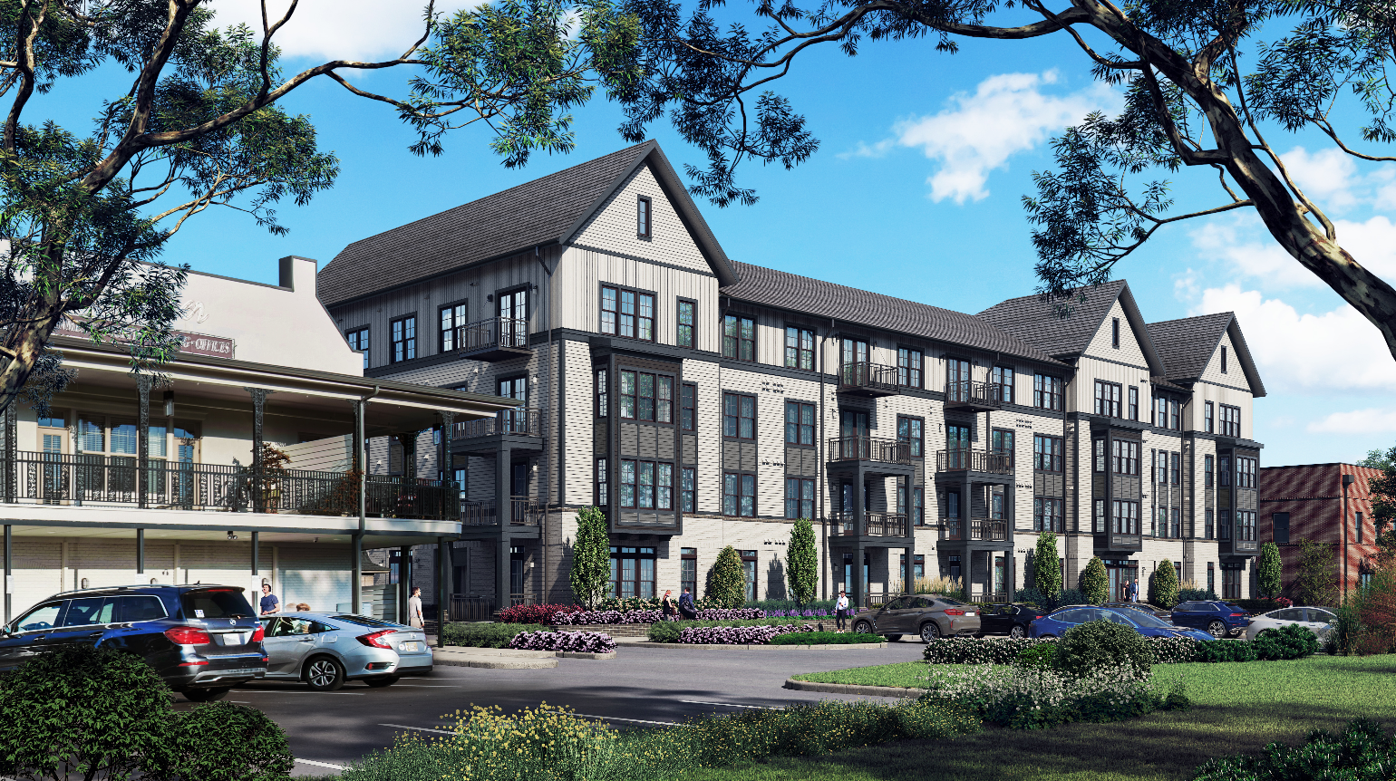 Street view rendering of The Quarter

Pool view of The Quarter in Jackson

Work on the second phase of the revival of The Quarter near the eastern border of Jackson is well underway.

Completion of the 138-unit luxury apartment addition, The Quarter House, at 1501 Lakeland Blvd., is anticipated for next summer.

The architecture departs from the New Orleans style of the first phase. It is a traditional “clean and classic design,” Justin Peterson, vice president and general counsel for the State Street Group, said in an interview.

The four-story complex will rise above and from behind the two-story Quarter, which fronts Lakeland.

The intent is to create a more “residential” look than two recent projects: the Meridian on the western end of Lakeland in the middle of the medical community, Peterson said.

State Street and the Leaf River Corp. were the primary developers of the 241-unit Meridian.

The other project is the Lofts at Eastover, which was not a State Street project, instead being built by Arlington Properties of Birmingham, which subsequently sold the 261-unit development but still manages it.

Both have proven successful with full or near-full occupancy, proving that there is a market for such lodging in Jackson, Peterson said.

Arlington Properties has just opened the 220-unit Tapestry in the Northridge development, formerly the site of the old Colonial Country Club in Jackson. Thirty-six of the units have been leased since about Oct. 1, according to on-site management.

Rent for the Quarter House has not been set for the one-, two- and three-bedroom units, but will be comparable to that of the Meridian and District Lofts, Peterson said.

The group converted upstairs office space into 12 one- and two-bedroom loft apartments at The Quarter 18 months ago, as part of the overall renovation of the retail and office space facility.

The News Orleans French Quarter-style shopping area was built in the 1970s, before the Easter Flood of 1979 ravaged it and much of Jackson.

So this is, in a sense, the third life for The Quarter.

With the loft apartments added and retail shops – the Wine and Spirits shop, The Country Squire tobacco shop and a Cups outlet -- expanded, The Quarter has become more of a mixed-use development.

Other amenities at The Quarter House include gated parking, a dog park and a dog wash, Peterson said.

State Street is still looking for a restaurant to claim the 4,000-square-foot vacancy left by China Bell restaurant, Peterson said.

The developer is in discussion with a restaurateur about the space, Peterson said.

Restaurants have especially suffered in recent months because of lockdowns and other restrictions brought on by the coronavirus pandemic.

Nevertheless, Peterson said, “we're encouraged” about prospects for a restaurant, which would fit nicely with the pool area.