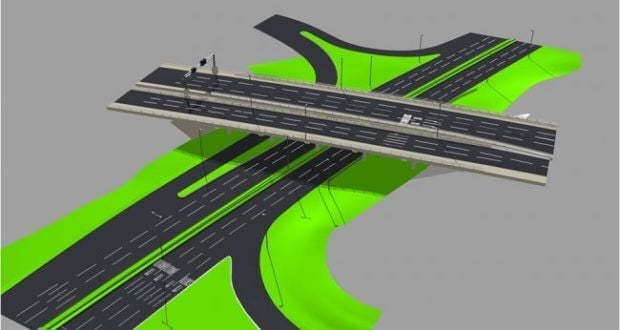 When it comes to recruiting major economic development projects, highway accessibility is critical. Mississippi is moving up a national ranking, according to a just-released survey of state highway program effectiveness.

Historically, highway accessibility has held the first or second spot in the rankings of Area Development magazine’s Annual Corporate Survey of site selection factors. In the most recent survey, that was no exception. Indeed, 92.4% of the 100 corporate executives responding to the annual survey listed the factor as “very important” or “important.” That percentage is up from 87.2% in the 2018 survey.

According to the magazine’s article, more than half of those executives are with manufacturing firms and are the top-level executive at their firms, i.e., chairman, president or CEO, or owner, and nearly 60 percent are responsible for their companies’ final site location decision.

What is especially impressive is that Mississippi upped its ranking from the previous report in which it was ranked 25th overall. The category with the most dramatic improvement was in its urban Interstate pavement condition. What makes this improvement even more impressive was that Mississippi ranked 38th overall in Reason Foundation’s 17th Annual Report on the Performance of State Highway Systems.

“To improve in the rankings, Mississippi needs to decrease its fatality rate. Mississippi is in the bottom 10 states for each fatality measure (overall, rural, and urban). Compared to nearby states, the report finds Mississippi’s overall highway performance is better than Arkansas (ranks 9th) and Texas (ranks 18th), but worse than Tennessee (ranks 7th),” said Baruch Feigenbaum, lead author of the Annual Highway Report and senior managing director of transportation policy at Reason Foundation. “Mississippi is doing better than some comparable states like Louisiana (ranks 31st) and Alabama (ranks 19th).

”Here are some other snippets from the report:

North Dakota, Missouri, and Kansas have the nation’s best state-owned road systems. In terms of return on investment, New Jersey, Alaska, Delaware, and Massachusetts have the worst-performing state highway systems.

New Jersey, Massachusetts, Alaska, Delaware, and Maryland had the highest costs most per-mile.

The condition of the nation’s bridges improved slightly in 2019. Of the 613,517 highway bridges reported, 46,771 (7.6 percent) were rated deficient. The best rankings go to three states where less than two percent of their bridges are structurally deficient: Texas, Nevada, and Arizona. Meanwhile, Rhode Island reported a whopping 23 percent of its bridges as structurally deficient.

The complete report can be found online at https://reason.org/topics/transportation/annual-highway-report/.

The importance of highways to economic development cannot be overstated. It appears that Mississippi is in the right lane (pun intended).

BIDEN TAKES THE HELM AS PRESIDENT: 'DEMOCRACY HAS PREVAILED'

Yazoo Backwater flood control project approved: But will it ever get built?