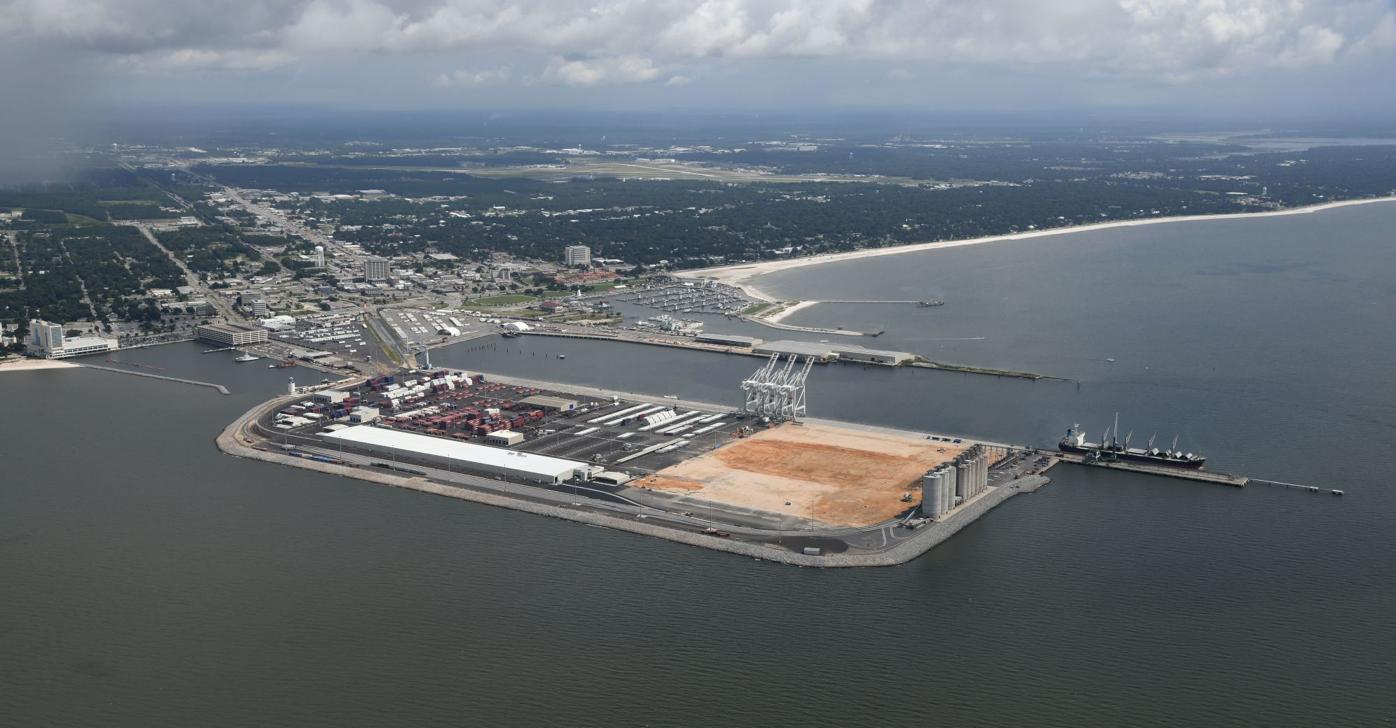 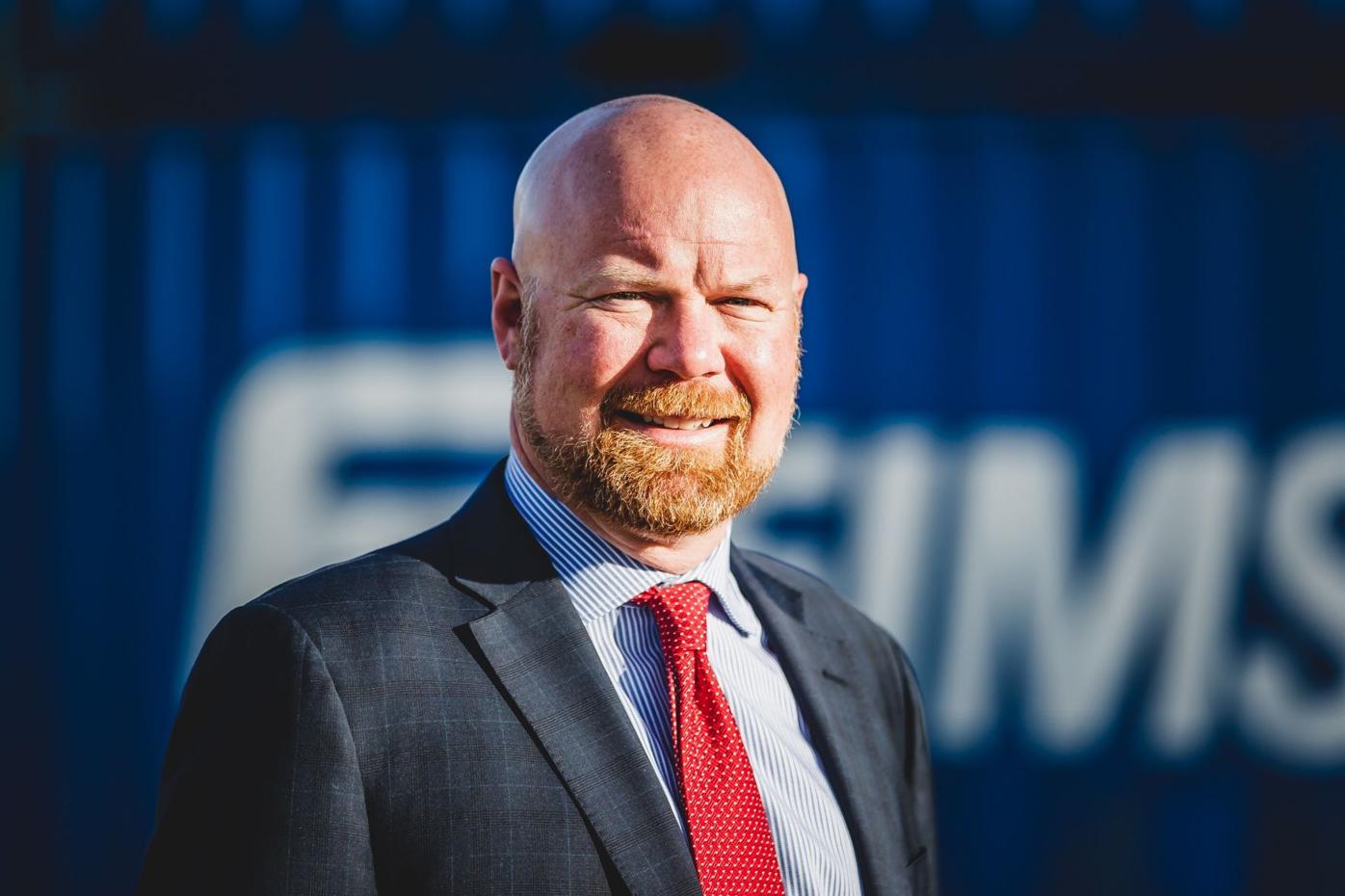 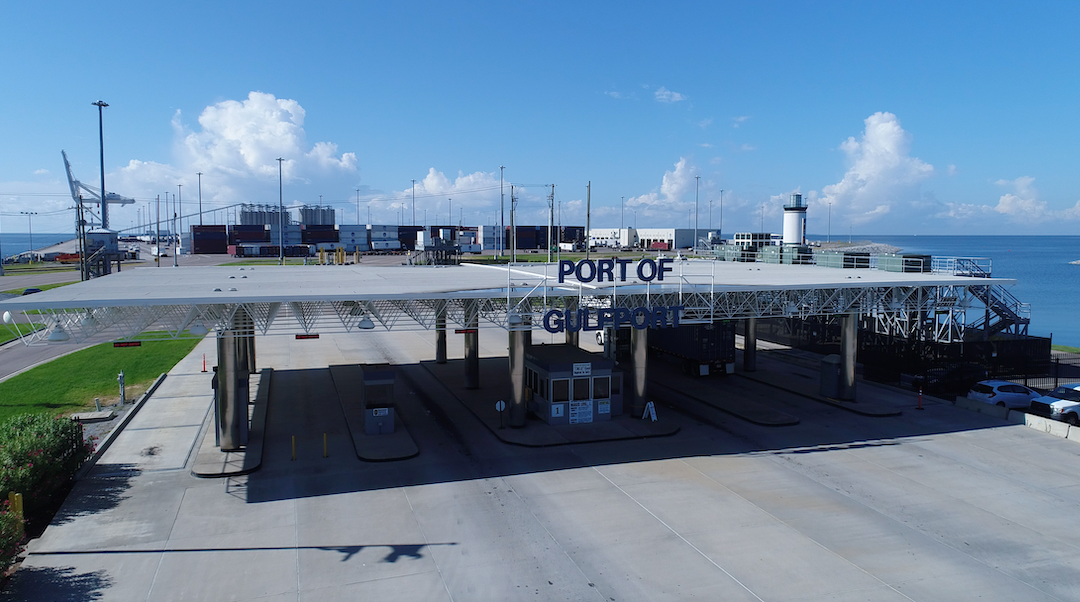 Entrance at the Port of Gulfport

Jon Nass got more than a warmer climate when he traded Maine for the top job at the Port of Gulfport.

He got a rebuilt and expanded 21st century port. But with that, Nass got the job of showing the $570 million of federal hurricane Katrina recovery money Mississippi spent on the restoration was a wise investment in coastal Mississippi’s economic health.

Nass, hired away from the CEO post at the Maine Port Authority, takes on the task with a port ranked among the middle of the gulf coast’s nine deep-water ports. On his arrival as chief executive officer & executive director June 1, Nass took charge of a port that offers shippers and tenants multiple new berths, warehousing, a chiller unit, extensive electrical conduit, reefer-container plugs, a new rail loop, cargo cranes and other operational enhancements.

Calling the multi-year reconstruction “awe-inspiring,” Nass said the rebuild and expansion helped attract him to Gulfport.

“We got the trim package,” he said, in an analogy of driving a high-performance car out of the showroom.

He said the huge number of resources his bosses on the five-member Mississippi State Port Authority board put into resurrecting the port convinced him Mississippi is serious about establishing a competitive sea port.

“Having that work behind us lets us put a real focus on the port,” Nass said in a recent interview.

Recruited by executive search firm Odgers Berndtson of Washington, D.C., Nass replaced Jonathan Daniels who left in May 2020 after seven years running the port, a tenure that required a lot of attention to the restoration. Daniels departed to head Port Everglades in Fort Lauderdale, FL.

While the port is in the cargo-moving business and boasts two major banana shippers, Chiquita and Dole, the 2021 version includes several small manufacturers and the 970-room, multi-floor Island View Resort and Casino situated on the beach side of U.S. 90.

The covid-19 pandemic forced a 65-day shutdown of the casino. The port says the casino closure did not affect lease payments.

The port has a policy of locking-in tenants with long-term leases, said port spokesperson Kimberly Aguillard. “On average, most tenants have 40-year agreements in place, keeping their operations in Gulfport for years to come,” she said in an email.

The port ended fiscal 2020 with an $8 million operating loss on $36.5 million in expenses. Those expenses included $18.8 million in depreciation on assets, a circumstance port officials expect to become annual as investment in the port and construction of capital projects continues.

“Depreciation levels help to show we have a lot of new things,” Nass said.

Fiscal 2019 showed an operating loss of $5.6 million. That year’s operating expenses included $18.2 million depreciation, according to the FY19 audit report for the Port Authority, a state enterprise agency that operates without state funding.

The fiscal 2020 audit report includes figures from the March onset of the covid-19 pandemic through June 30 of last year. Vessel activity and casino gaming revenue fell by $1.3 million, or 25 percent from the same period the previous year.

The $570 million in disaster recovery money the U.S. Department of Housing and Urban Development provided for the port revival carried an obligation to create 1,200 jobs for the region’s low-income residents. The port reached that goal, though HUD counted 1,167 service-related jobs at the Island View Resort and Casino toward the goal. The port today claims a jobs-creation total of 1,500.

“The goal was 1,200 and HUD has certified the 1,500 jobs and determined they met the criteria under their job-counting standards,” Aguillard said.

The new West Pier Terminal rises 25 feet above sea level to prevent a repeat of the devastation Katrina’s storm surge caused on Aug. 29, 2005. Seven berths with drafts of 36 feet, including an 1,100 Roll-on-Roll-off berth extending 1,100 feet, line the West Pier

The pier includes an additional 84 acres created from dredge fill.

The new East Pier Terminal has a trio of berths ranging from 700 to 767 feet as well as a pair of new concrete-and-steel warehouses with a combined square footage of close to 300,000.

Nass, a former deputy commissioner at the Maine Department of Transportation, expects to soon see the start of a $16 million federally funded transportation project that includes a flyover across U.S. Hwy. 90. The highway is one of the most heavily trafficked roads on the coast.

{p class=”p1”}Letting trucks avoid the busy highway will provide more rapid entry and exit at the port. Accordingly, Nash thinks this transportation upgrade will bolster the port’s claim that its geography and transportation network allow customers to distribute products to 75 percent of the U.S. market within 24 hours.

{p class=”p1”}That claim is expected to get another boost in the months ahead from a $30 billion merger of Kansas City Southern and Canadian National railroads. This move will create “a real railroad on steroids,” said Nass, who is especially thrilled at the coast-to-connections it creates.

{p class=”p1”}With the merger, now under regulatory review, cargo containers leaving the port on rail can be seamlessly switched to Canadian National in Hattiesburg, a regional railroad hub. “Anytime you switch from one [railroad] company to another, it offers a host of problems,” Nass said.

{p class=”p1”}A Canadian National (CN) train “can probably get you anywhere in the country,” the port executive said, and added he expects the combined rail line will make moving cargo from the port via rail “seamless, quicker and more efficient.”

{p class=”p1”}Further, Nass noted, “CN brings a book of business to the table” that could include more cargo for export from the port.

{p class=”p1”}On the competitive front, Nass said he thinks Gulfport can draw away some business from the ports of Mobile and New Orleans. In pre-pandemic rankings, those two ports stood just ahead of fourth-ranked Gulfport on import and export share for gulf coast ports. Houston is the top port, with a 67 percent import share and 68 percent export share, the Journal of Commerce reported in detailing cargo data for 2019.

{p class=”p1”}Like other gulf and east coast ports, the Port of Gulfport has gained and will continue to gain from west coast logjams for shippers. The nation’s largest deep-channel east coast ports generated new business from a multi-billion-dollar expansion of the Panama Canal, a years-long project that today enables passage of new-generation mega freighters.

{p class=”p1”}“It certain adds to our opportunities,” Nass said, especially with the “horrific problems” at west coast ports. “Shippers want to get to the Midwest or Chicago. They are not going to get there quickly by going to the west coast.”

{p class=”p1”}Those mega freighters, however, will remain out of reach for the Port of Gulfport and its 36-foot channel for now. Dredging the channel to 46 feet, contemplated for some point in the future, “changes the dynamic,” Nass said, and aligns the Port of Gulfport with the industry’s movement toward larger vessels.

{p class=”p1”}“Having said that, I think there is a trend back to midsize vessels,” he added.

{p class=”p1”}Nass likes the quickness with which smaller vessel can get in and out of the port. That likely would not happen with far larger freighters, even with a channel of sufficient depth, according to Nass.

{p class=”p1”}“We could not handle that right now,” he said of the port’s cargo and intermodal capacities. Nass envisioned vessels backed up for miles awaiting port entry.

{p class=”p1”}“I never met a cargo owner whose destination is the pier,” he said. “For the short term our marketing view is that it’s the shorter vessels we can get in and out of here quickly.”