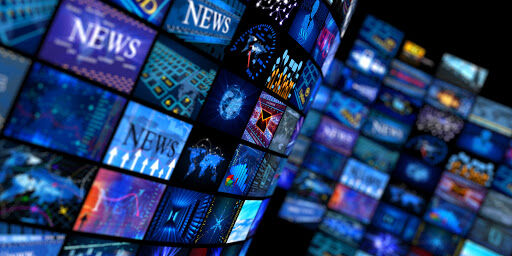 What do people really mean when they say they do not trust the news media? And what can news organizations do to restore trust where it is deserved

Increasingly, the public trust in the media has eroded.

How is the media viewed in today’s plugged-in, fast-paced, COVID-induced world?

Earlier this year, the Reuters Institute held a series of focus group discussions and interviews with cross-sections of people in four countries – Brazil, India, the United Kingdom and the U.S. – to learn more about the way people think about trust in today’s journalism. It was a good snapshot in what the public disliked, what was trustworthy and untrustworthy about news and why.

Despite considerable differences in the media environments in each country, the focus groups revealed a great deal of common ground between people in how they thought about and expressed concerns about trust and the news media in their respective countries.

Here are key findings from the report:

Oscar has fallen off his pedestal. Lost his shine. Stepped out of the spotlight!

While Sunday night’s hostless ceremony was a major victory for some in Hollywood, particularly actors and filmmakers of color, advertisers have been left to grapple with the worst-rated Academy Awards ever – just 9.85 million people tuned in to the ceremony, according to Nielsen’s early national returns.

The TV audience for the 2021 Oscars dropped 58% from 23.6 million viewers for last year’s show, which occurred weeks before the coronavirus pandemic halted live events and spurred stay-at-home orders across the country, according to Nielsen data released Monday.

While the Oscars has seen its ratings fall precipitously over the years, awards shows during the pandemic have been especially challenged in attracting viewers. Viewership for the Golden Globes, the largely virtual live telecast on NBC in early March, dropped more than 62% from a year earlier to 6.9 million.

This year’s Oscars was telecast from the Union Station in Los Angeles, with some parts of the show filmed at the Dolby Theatre in Hollywood, where the 93-year-old awards event is traditionally held. The venue was selected with the intent of preventing the Oscars – a typically crowded ceremony – from becoming a super-spreader event.

This year, the network was asking for about $2 million per 30 seconds of air time, according to media buyers familiar with the process. That’s a significant slide from last year, when ABC raked in between $2.4 and $2.6 million per 30-second spot.

The below-average Oscars projections did not dissuade advertisers, many of whom still agree on the value of culturally relevant tentpole programming – events that remain some of TV’s most-viewed individual shows, even during audience droughts. ABC announced days before the Oscars that it had sold out of commercial air time, thanks in part to an influx of first-time advertisers that gave it ad breaks of both stalwarts and newcomers in a parallel to this year’s Super Bowl.

The slate of nominees were led by films that appeared mostly on streaming services as theaters across the U.S. remained closed throughout much of 2020 due to Covid-19.

The night’s big winner, “Nomadland,” the film from Disney-owned studio Searchlight Pictures, was released on Hulu as well as in theaters. “Nomadland” picked up top awards such as best picture and best actress, as well as the best director category.

Chloé Zhao, the director of “Nomadland,” became the second woman, as well as the first Asian woman, to win the award.

Anthony Hopkins won the best actor award for his role in “The Father.” Hopkins’ win surprised many who expected the late actor Chadwick Boseman to receive the award posthumously after winning a Golden Globe for his performance in “Ma Rainey’s Black Bottom.” The producers had even flipped the order of awards, ending with best actor instead of the usual best picture.

As we continue to emerge from the pandemic – and return to the theaters and a sense of normalcy – perhaps Oscar, too, will climb back onto his golden pedestal!

CVBs making a comeback in Mississippi